|OT| Rogue Legacy 2 |OT| Does Coulrophobia Run In Your Family?

Playing the original sporadically now. I enjoy it in short bursts but I feel the progression takes way too long. Hope this come out of early access before too long. 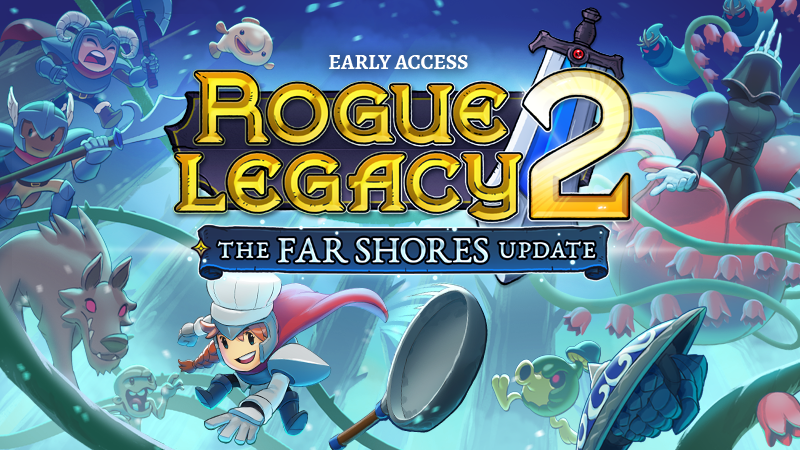 Anyone play the new patch? Hoping to put some time over the weekend.

Maiden Voyage said:
Anyone play the new patch? Hoping to put some time over the weekend.
Click to expand...

Played about an hour so far. The inclusion of the new features makes this finally feel like it's a proper sequel instead of just the first game with a new art style.

The inclusion of EXP per class is the best part, in my opinion. That way, if you get stuck with lame classes you don't normally play it's at least worthwhile and counts towards something (in addition to the gold you may obtain). The relic system is also awesome, and it gives you random buffs in the middle of a run but they typically cost you a reduction of your Max HP. The new classes are all pretty cool, I especially like the cook because their weapon applies burning (damage over time) and their special ability recovers health and is replenished by picking up meat. The Valkyrie is also pretty cool with their directed spear attack that lets you attack in any direction.

Overall this adds a ton of replayability to what's already there and it adds two new areas to explore (and a few more that are "under construction"). Really good stuff, hopefully they have a few more updates this size before the game releases to 1.0 and I would be super happy with that.
Reactions: Maiden Voyage
You must log in or register to reply here.