So back in the day as a wee lad, I had a 3.5" floppy demo disk with a purple eye on it. It was from a PC Gamer mag. Upon playing the demo for this game, I was instantly hooked. At first glance it looks like a fantasy themed Civilization, but upon playing you find there are satisfying RPG elements packed in as well. I'll try to describe the basics of the gameplay.

To start, you pick a wizard/leader to lead your faction. You can chose from presets or create your own. You can spec your wizard using a fixed amount of points that are split between power in schools of magic, character attributes, or faction bonuses. An example would be choosing Famous, which raises the Fame you start with to increase the opportunies to hire Heroes, mercenaries, and buy magical items. You could also choose to start in the "Myrror" realm, which is the alternate plane, reachable through magical towers in the normal realm. 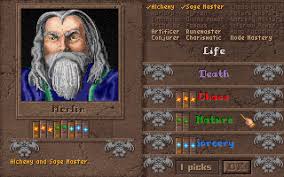 Starting out, you have a town and a couple of military units to defend it. You assign workers to farm or produce and the terrain gives various bonuses to your city. The two resources are Gold and Magic Points. You also have to produce enough food to sustain your army, but you just need to break even as you don't store extra food. Instead of a tech tree you research spells. You have one building project at a time and you can also summon magical units with spells. Combat is similar to a turn-based tactical RPG and leading an army around led by your heroes has a meta-game feel to it as you level up, defeat monsters, acquire items, and crush the enemy. There are quite a few levels to gain, so you generally want to concentrate on keeping your troops alive instead of going berserk and then rebuilding.

Once you have defeated every enemy, you become the "Master of Magic." Congratulations.

So nearly 20 years after playing the demo, I bought the game from gog ($3 atm). It's still a blast to play and has left me wondering if there is a modern series that aspires to capture the "Magic" in this game. I would assume tablets would be an obvious market for this, but I'm looking mainly for a series on PC.
E

I love this game. Sadly, there have only been a few similar games since then, and even fewer good ones.

Age of Wonders: Shadow Magic is as close as you're going to get.

Warlock: Master of the Arcane has a similar theme but it's more focused on combat than traditional 4X stuff

Fallen Enchantress doesn't really play the same at all but it has a similar theme and it was developed for fans of Master of Magic.
F

That is pretty much the Holy Grail of 4x games. Age of Wonders got close but that's already a very old series. Elemental looked promising, and turned out to be complete shit.

We'll never have another MoM or Alpha Centauri
C

I'm surprised you haven't got this.

Warlock - Master of the Arcane

It even includes the original heroes from Master of Magic. The game is fantastic and very well polished (especially for a Paradox game)

It gets full marks from me.
E

Fivefold said:
That is pretty much the Holy Grail of 4x games. Age of Wonders got close but that's already a very old series. Elemental looked promising, and turned out to be complete shit.
Click to expand...

Agreed about Elemental but Fallen Enchantress (its sequel) has been getting good press. I haven't put in as much time as I should so I can't say anything for sure.
J

Sounds like Warlock is worth a look, thanks for the link!

If I can find the old floppy I'll add a picture of it later.
C

One thing the store page doesnt mention for Warlock is that it now has online multiplayer.
D

4X campaigns are universally awful in my experience.
J

Scripted campaigns have their place, and I enjoyed playing the WarcraftIII and Starcraft campaigns, but I also like the boardgame sandbox TB/RTS or 4X that stand on the game being fun to play full stop. Age of Empires I and II got hours and hours of play and I don't know that I ever completed the missions.

This Russian indie game for the first time released in English via gog looks promising too and has a good reputation. Though it hardly looks modern it seems to combine great elements from many great games including the thread's topic.

Edit: it looks like they're doing a 3D sequel that looks a lot like Warlock visually too, and it's on Greenlight. With videos.

Edit: whoa, so the original was made mostly by one guy... Using allegro at that... Found his forum thread about it.
J

Was having an eye-ball on the cover a thing for strategy games in the '90s? Remembered another game I liked from around the same time. 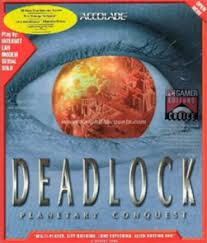 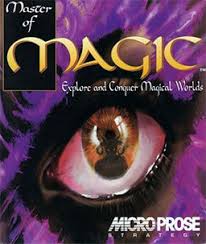 Deadlock was a more fast paced turn-based wargame, but you didn't get to control the combat and instead just watched it play out in front of you.

Alextended said:
This Russian indie game for the first time released in English via gog looks promising too and has a good reputation. Though it hardly looks modern it seems to combine great elements from many great games including the thread's topic.
Click to expand...

I want to buy that, but I keep holding out for a sale (and I feel guilty about it). But it's one of the few games on GoG not to be on sale.

(Although it's really a moot point, I only have $3.88 on my paypal account so I couldn't buy it unless it goes on sale)

I have the cd version still. Still waiting for someone to surpass it.
You must log in or register to reply here.

Aug 31, 2021 started IbizaPocholo
Aug 31, 2021
SlimeGooGoo
Games that looked weird on paper for you, but you tried it and loved it!