Rumor Patrol: Sonic the Hedgehog 4 for the Xbox Live Arcade

Right, found this on a german site, I have no clue as to the actual veracity of the alleged title, but my duty must be done.

Many rumors around a 2D Sonic title kusierten already in the Internet around - now it is official: Sonic the Hedgehog 4 appears!

As we already did not report stood it too badly, around a new 2D title. One had expected a successor to Sonic Rush Adventure, but it comes better - Sonic the Hedgehog 4 is to come out! As XBox Live Arcade title. Whether the play still for other consoles out comes is so far unknown. Perhaps only XBox of 360 owners will come into the benefit. But we should not exclude that Sonic appears 4 as WiiWare and PSN title.

Unfortunately there is still no further information to the play and it is only the Cover well-known, which however already very much looks promising.
Click to expand...

The Spindash source for this proclamation, a Wordpress site isn't imprssing me right now, but if they produce actual screenshots, well, that would be something
http://sonic4source.wordpress.com/
N

Do people still get excited for Sonic games?
R

If true then good! Now let's have Streets of Rage 4!
V

word, it's april 1st in germany right now too
S

While I'm 98% sure this is april fools joke I wouldn't get too excited if it was true.

Sega cant be trusted to make good Sonic games anymore. What they could do though if they like money and the fans is release a Sonic level creator. Abit like the ones floating around the internet but with more added content.
W 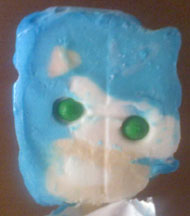 That artwork is a very sloppy photoshop. Way fake.
M

Ugh, I can already tell tomorrow is going to be fun.
M

April Fool's Day for gamers is when we all get exactly what we want.

A remake of Ocarina of Time for Wii.

Or, if you're retarded, Shenmue III.

Is every April Fools Day joke going to get its own thread?
S

Land of a Thousand Seats

I don't think they could make a good classic Sonic game anyway.
B

I believe this. This couldn't possibly be fake.
K

WE NEED YOU SHARD
B

I really thought you'd have known better Shard, it'll be a shame if you get banned for this. .
Z

KeeSomething Do people still get excited for Sonic games?
Click to expand...
Sonic Unleashed was very good and the DS ones were great. If an actual Sonic 4 was announced, people would get excited.
S

Do you all remember when this was first shown on April Fools? Oh how we all laughed. You sure got us Sega! Ha Ha Ha! Wait... ;___;
A

So then, judging from the poor photoshop in the background, Orioto's on the art team..?

Background was taken from here, if you don't recognise it:

from Sonic the Screensaver

DrFunk said:
oh God, shard no
Click to expand...
It happens, forgot about time differentials, didn't exactly buy it myself which is why the Rumor Patrol tag was used. Nothing to do but have a good laugh, pary for thread locking and move on with life.
S

Do you all remember when this was first shown on April Fools? Oh how we all laughed. You sure got us Sega! Ha Ha Ha! Wait... ;___;
Click to expand...
I remember it being when I pretty much left Sega for dead.
T

the real news is Sonic has a HUGE left foot!!!
S

Sixfortyfive said:
I remember it being when I pretty much left Sega for dead.
Click to expand...
Did you ever play it? It was like a fantastical exorcism for me. It was the worst game I had ever played, and that allowed me to disconnect my Sonic-game ties and leave it for dead by the road-side.
S

This would be so awesome if it were real.

Does the 360 have blast-processing though?
N

It's okay, Shard. I forgive you.