Up1: The names that appear in the video are most likely placeholders.

JohnTinker said:
You guys, be careful. Some of these are more than likely placeholders. During the breakdown you can see differences from the pitch to first pass animation. 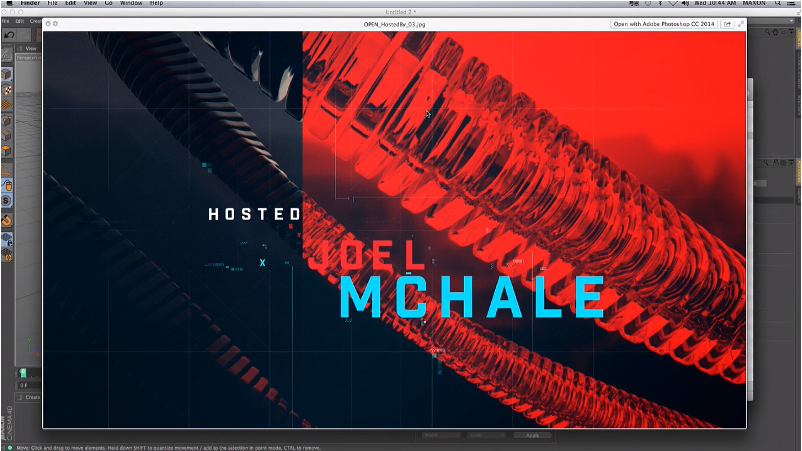 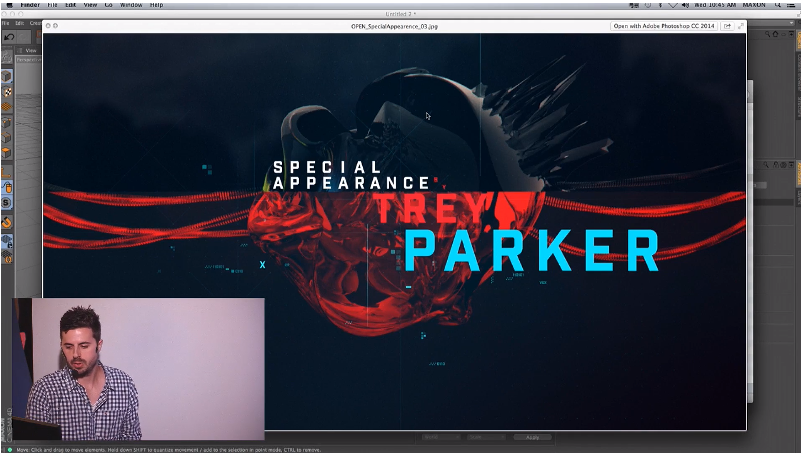 A lot of these names listed are likely placeholders until the outlet can confirm final bookings. In which case the production house will have different slides that can be dropped in and out for the final show.
Click to expand...

Americanmushroom said:
Posted this in the Sony thread but I guess it should go here instead:

Hey GAF, got some interesting news (leak?) for you guys but since i've been perma juniored I'll just post it here... If anyone thinks it's thread worthy, be my guest.. Maybe ask a mod or something before. So recently there was NAB ( a motion graphics conference) and some guy did a tutorial breakthrough on their latest motion graphics project. He says the video is not out yet and that it's confidential but his tutorial has been uploaded lol. Now it's basically just the intro animation for an upcoming E3 show but theree's quite a few stuff in the text that appears, so let me break it down for you:


Ok so to see the video I'm talking about see here at about 2m45: http://www.cineversity.com/vidplaytut/nab_2015_rewind_brett_morris_2/

Can someone save this from vimeo or something? have no idea how..

It's probably for a gametrailers show or something but that's just me speculating. Anyway, pretty cool to already see the teaser.
Click to expand...
Americanmushroom said:
Found another source , its the 2nd video in this post 3min in: http://greyscalegorilla.com/blog/tutorials/octane-and-abstract-deformations-with-brett-morris-from-capacity-at-nab-2015/

It still works. I have no clue how to access it on vimeo though.
Click to expand...
http://a.pomf.se/bbbaog.mp4

Could be a WIP intro for Spike's Pre-E3 Show. But it would be a first to have Miyamoto and Gabe Newell on the show, with World Premieres from Nintendo to boot. It somehow reminds me of last year's Game Awards.
G

Reminds me of the style used in the game awards, so maybe it's related to that, or to gametrailers?

Hype for Nintendo ( metroid metroid) and ND.
B

Does a World Premiere have to be all-new? Miyamoto + Nintendo reveal could mean we're finally gonna see more of StarFox.
E

A pre-e3 world primere... am I reading this right?
G

Thanks for making a thread. Might be placeholders like someone said but I highly doubt it...
S

As I mentioned before, the Infinity Ward listing in particular is suspicious. They've only developed CoD games and they're currently working on CoD 2016. I'm not sure what they could possibly reveal since Ghosts DLC has been finished for awhile. And I can't imagine that Activision would want to take away from any BO3 hype by announcing a Modern Warfare remaster.
H

SATOSHI?! Well, nice to see him come out of from wherever he's been, seriously he's barely done anything Pokemon-related since 3rd-gen. No I don't think "Executive Producer" or whatever he does is much. When was the last time he was interviewed? Junichi Masuda is the one always talking on behalf of Game Freak.
K

Infinity Ward makes no sense at all.
I think those names are placeholders, if it even is real at all.
R

What would infinity ward be doing there?
M

Infinity Ward, what? Treyarch is doing this years CoD...
J

How would ND have a world premiere though? They are certainly showing nothing more than U4 this year. And even so, why wouldn't Sony save that for their conference. Having it on a pre-show makes zero sense.

Also, Gabe Newell? What? Are we sure these aren't just random names this guy used to show off his project?
W

What the fuck? Gabe Newell? Satoshi Tajiri? IW?
This sounds like a well-elaborated hoax.
S

Looks like the ol' GTTV Pre-E3 show types stuff, but a lot of big names and I like the World Premieres being teased. Can't wait!
B

Satoshi Tajiri is the creator of Pokemon.
Michael Morhaime is the prez and co-founder of Blizzard.
Masaya Matsuura is the NanOn-Sha PaRappa guy.

Edit: Also weird that they're all "This project is Confidential," but are showing it to people.
L

LuuKyK said:
How would ND have a world premiere though? They are certainly showing nothing more than U4 this year.

Also, Gabe Newell? What? Are we sure these aren't just random names this guy used to show off his project?
Click to expand...
World Premiere can also be a new trailer from an already announced game. In this case U4.
S

LuuKyK said:
How would ND have a world premiere though? They are certainly showing nothing more than U4 this year. And even so, why wouldn't Sony save that for their conference. Having it on a pre-show makes zero sense.

Also, Gabe Newell? What? Are we sure these aren't just random names this guy used to show off his project?
Click to expand...
World Premiere only means that it's something that you haven't seen before. So new footage from Uncharted 4 would be a World Premiere.
A


Edit: For all the people saying this is a fake or hoax:

This is a tutorial on how to use Cinema 4D and there's a lot of other videos like that from that conference out there. I really dont see why this guy, being part of a Motion graphics studio, will take the time to change all the names of his motion graphics vid as a hoax. Listen to what the guys saya in the video etc. Also other disclaimer: I dont know the guy or anything of course.. I do understand people are suspicious but I dont think this guy has any clue who those names even are.
N

Has Tajiri even done much publicly in recent years? Gabe is also a bit surprising but the real strange thing here is Infinity Ward since they're not developing BO3. This looks suspicious.
H

SolidSnakex said:
World Premiere only means that it's something that you haven't seen before. So new footage from Uncharted 4 would be a World Premiere.
Click to expand...
Oh, ok, I thought it meant a new game, my bad.

Still doesn't change the fact that it makes no sense NOT to save it for Sony's conference, unless its something like a teaser for what they are going to show there.
J

Americanmushroom said:
thats not the one lol, its this one : http://www.cineversity.com/vidplaytut/nab_2015_rewind_brett_morris_2
Click to expand...
Confused, my link has the video too
S

CryptiK said:
Gabe Newell at E3 has always revealed Megatons.
Click to expand...
This is also the year of the Steam Machines. I can see some big game coming.
G

IW has something in store too?

I mean, what is it though?

In a Treyarch year?

LuuKyK said:
Oh, ok, I thought it meant a new game, my bad.

Still doesn't change the fact that it makes no sense NOT to save it for Sony's conference, unless its something like a teaser for what they are going to show there.
Click to expand...
It's most likely going to be something like a 20second clip that ends with "See the rest at Sony's E3 conference".
W

A "world premiere" from Naughty Dog? A new game?

The Last of Us sequel megaton surprise announcement has been ruined.
D

Satoshi Tajiri? Fuck. I swear he rarely ever appears for public interviews and events?
A

Wario64 said:
Confused, my link has the video too
Click to expand...
Now im confused, the one he linked to was part 1. the E3 vid is in Part 2
J

Yup, NAB is definitely a place to debut work in progress projects of the sort, so this is a great catch


EDIT: However, a lot of times intros like these are created with placeholders, then we go back later and edit the final names in After Effects. This is very similar to other projects you'll find on places like Videohive.

EDIT 2: Careful GAF, this very well could be an E3 intro for one of the bigger sites, but the names may be placeholders
K

Would this be Kojima's first public appearance (at a trade show) since the Konami debacle? If so.... h'o boy, the press will be all over him like vultures.