You are using an out of date browser. It may not display this or other websites correctly.
You should upgrade or use an alternative browser.
E

A bit more from Gematsu:

The artwork is illustrated by Kimihiko Fujisaka.

According to Twitter user @VoltySquirrel (2, 3, 4, 5), Sakaguchi didn&#8217;t reveal too much about the title, other than that it&#8217;ll probably be a current-gen console release and that he wants the art style to be sketchy while still being 3D, with visible pencil lines and such. He said he&#8217;ll probably be able to fully reveal the game in a year. 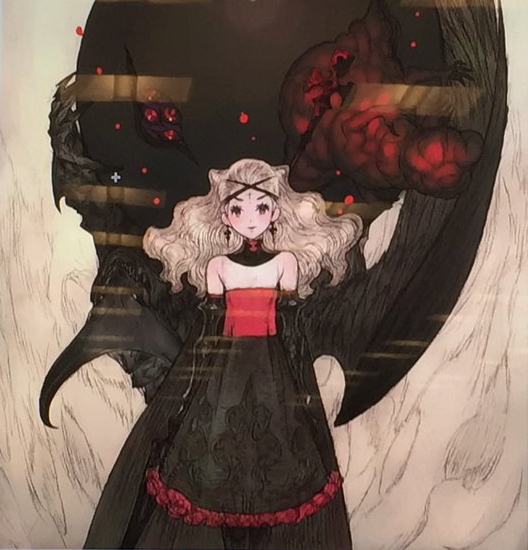 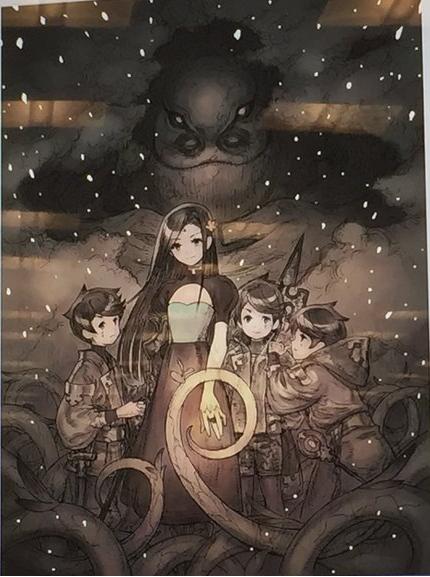 Not sure why but I think that art have some Bravely default feels.
M

Please let it be non-mobile non-f2p

Looks kind of like the 4 Heroes of Light
B

That's awesome news that Sakaguchi intends to continue making larger scale games in the future. I look forward to the reveal in the future.
O

clay_ghost said:
Not sure why but I think that art have some Bravely default feels.
Click to expand...

This will be a mobile game right?

The last story was great.
Z

Cool, Terra Battle console version and now this. The 'Guch is back in the game!
N

This is one of the few times where I don't mind mobile actually. Terra Battle is rather enjoyable. But if it's not mobile, I will be so happy.
T

I seriously doubt Nintendo would let Gooch even breath a word about an NX project at this juncture.

clay_ghost said:
Not sure why but I think that art have some Bravely default feels.
Click to expand...

Hahaha I wanted to post "Agnes opens an orphanage".
A

looks great whatever it is!

hope is console but considering how good Terra Battle is, I'm fine with mobile if the gameplay is as addicting.

Cry On is that you!? I think I'm done crying if that is.
W

"Been there done that" artstyle.

Looks decent but looks like I've seen before. That DS game. Also, other games before it. Yep, generic japanese drawings.

It's probably gonna be good, enjoyed the Last Story on Wii despite it's shortcomings.

Come back to consoles Sakaguchi! WE NEED YOU

I wonder if it'll be on PS4 this time around. I remember Sakaguchi being in bad terms with Kutaragi hence the rumor that Mistwalker will never develop for a Sony console or something.

It's going to be a Vita-exclusive.
O

Nice! I hope that he returns to home consoles, or even handhelds. I'm expecting something graphically similar to Project Setsuna which is fine by me.
V

He may, at this point, just be looking for a publisher/funding support for consoles.
V

Love it!!! I just need more Sagakuchi on PC and Vita
L

Looks great. Excited to hear more about it, wherever it ends up.
R

It's nice to see the guch off the waves and possibly making console games.
M

Would be awesome if Mistwalker games made it on to PS4.

A The Last Story spin off.
M

I hope this is a game with the same kind of scale like in Lost Odyssey or The Last Story.

The art looks pretty good to me. I can't wait to find out more about this game.
M

According to Volty: "He didn't reveal too too much about the game. Says it'll probably be a console release, wants the art style to be sort of sketchy while still being 3D. Visible pencil lines, etc." "He's said that it's probably going to be a current gen console release."
Click to expand...

The concept looks nice. Would love if this is for consoles, but they would need a developer to actually make it, probably.

Hope they can find one
S

I think he is, but I don't recall for sure.

Gooch signed his copies of FFIX and Lost Odyssey too!
A

Everyone Else: ONLY CARE ABOUT WHAT IT RELEASE ON.
T

Inorigo said:
I think he is, but I don't recall for sure.

Gooch signed his copies of FFIX and Lost Odyssey too!
Click to expand...

ULTROS! said:
I wonder if it'll be on PS4 this time around. I remember Sakaguchi being in bad terms with Kutaragi hence the rumor that Mistwalker will never develop for a Sony console or something.
Click to expand...

There's also the fact that Mistwalker formed with the financial backing of Microsoft.
W

I'm down for more Sakaguchi stuff. Really sad that he's been wasting his talent on mobile stuff.
T

I think thuway said something about it on twitter around 2 years ago.
M

Even mobile is appreciated, as long as it has some charm to it. Terra Battle was pleasant. However, I'm frothy at the mouth for another Sakaguchi console game.

Hopefully not single platform exclusive. This would effectively kill his new game. I hope for the sake of Mistwalker that this isn't the case. It better be PS4/Xbox One, with an eventual PC release.
You must log in or register to reply here.

Hironobu Sakaguchi Has A New Title To Announce In 2017