While neither of the Sam Sho entries on the Hyper got much buzz or really much love, the second entry, 64 2 (or Warrior’s Rage in the US) is most commonly considered the better of the two games.

It’s quite an interesting departure from the original Samurai Shodown 64. Where 64 gave us full 3D movement in the fighting arena, a first for the series, Samurai Spirits 64 2 dropped the 3D freedom of movement entirely and went back to the classic “fighters on a 2D plane approach”.

It does make sense. Firstly the series was always a 2D fighting game, so it felt more “natural”. Secondarily SNK took a beating on reviews for the first game and its wild departure from the formula so it was something akin to a “righting of the ship” for SNK.

Which is too bad as I think SNK was on to something with the full 3D. I’d have much rather seen them push the concept into something special than recede back to what was comfortable.

it just shows that sometimes being too reactionary to feedback can actually stifle the good ideas you had and just need to work on a bit more!

I do appreciate their attention to detail in the game though. Every character has two separate fighting styles, and each is denoted with an entirely different character model. SNK definitely wasn’t lazy with the design of the game. Gameplay wise it’s classic Sam Sho care ; slower paced movement, heavy attacks that can decimate a life bar, and a more methodical approach to fighting.

To me this is one of the most deserving games for a port on the Hyper, as SNK’s “reimagining” of the series with the same title on PS1 was a letdown. Supposedly it still gets tournament play in Japan. I’d love to think I could fly over and do decently but I’d probably just get destroyed immediately lol

Curious if anyone else ever got the chance to play this? It was EOL on the Hyper so it’s distribution was probably slim. I doubt we will ever see a port either

So you know what it looks like. I do enjoy the graphics on this one. Some of the backgrounds can be a bit repetitive but overall I dig the style they went for

If anyone ever needs scans for repro art or anything else like that just lmk. Otherwise it's just fun to look at what came with a full kit 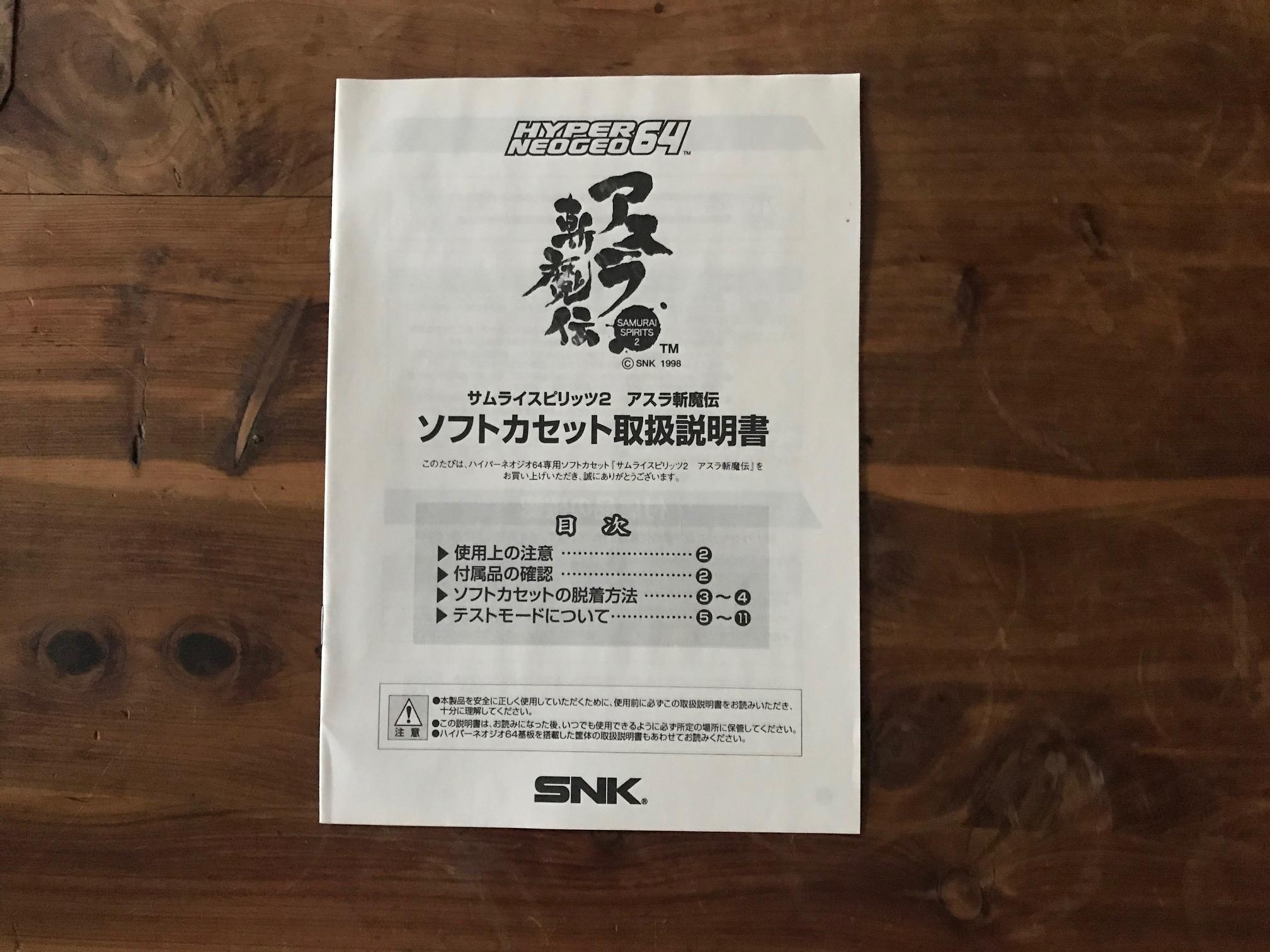 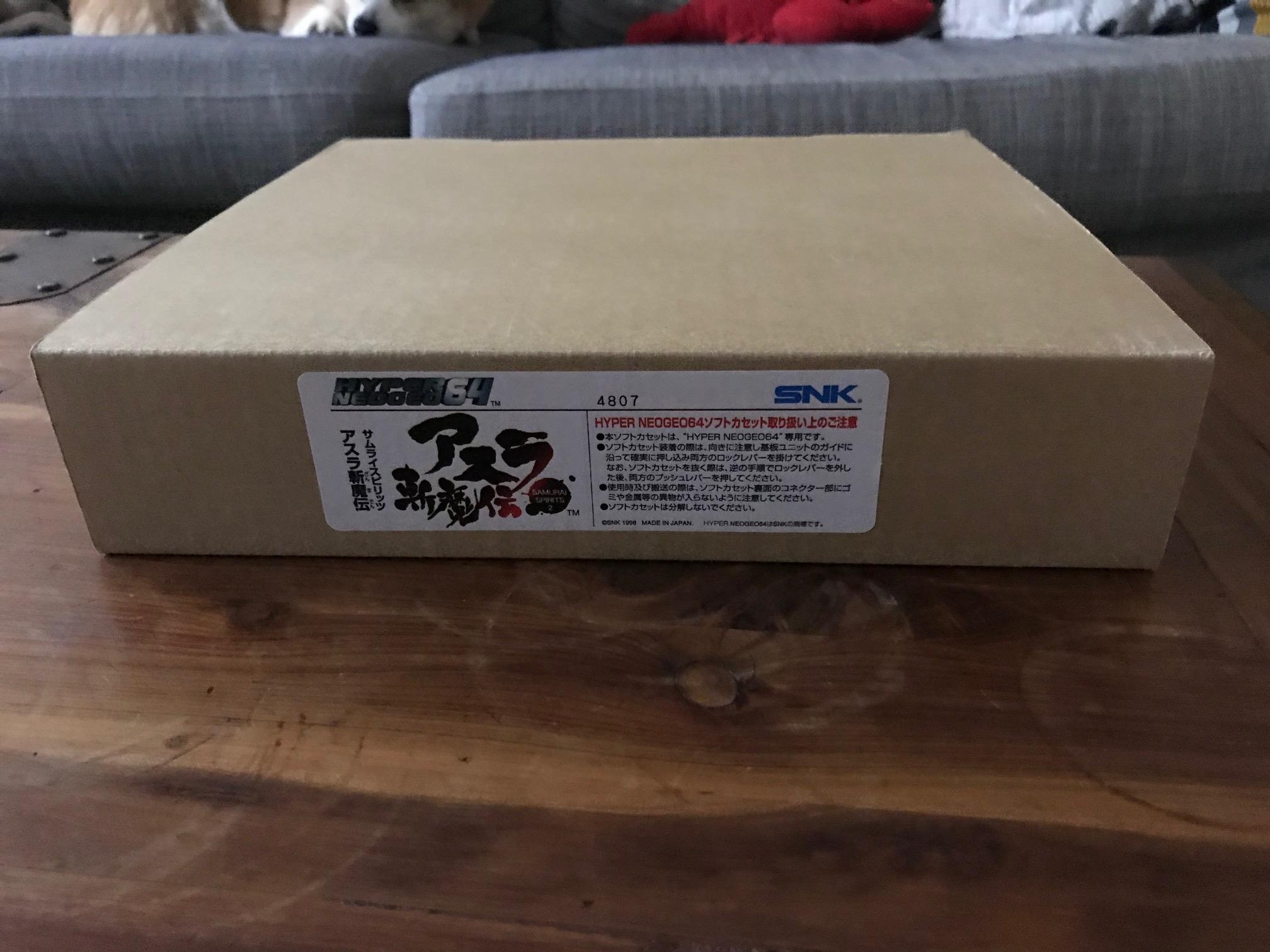 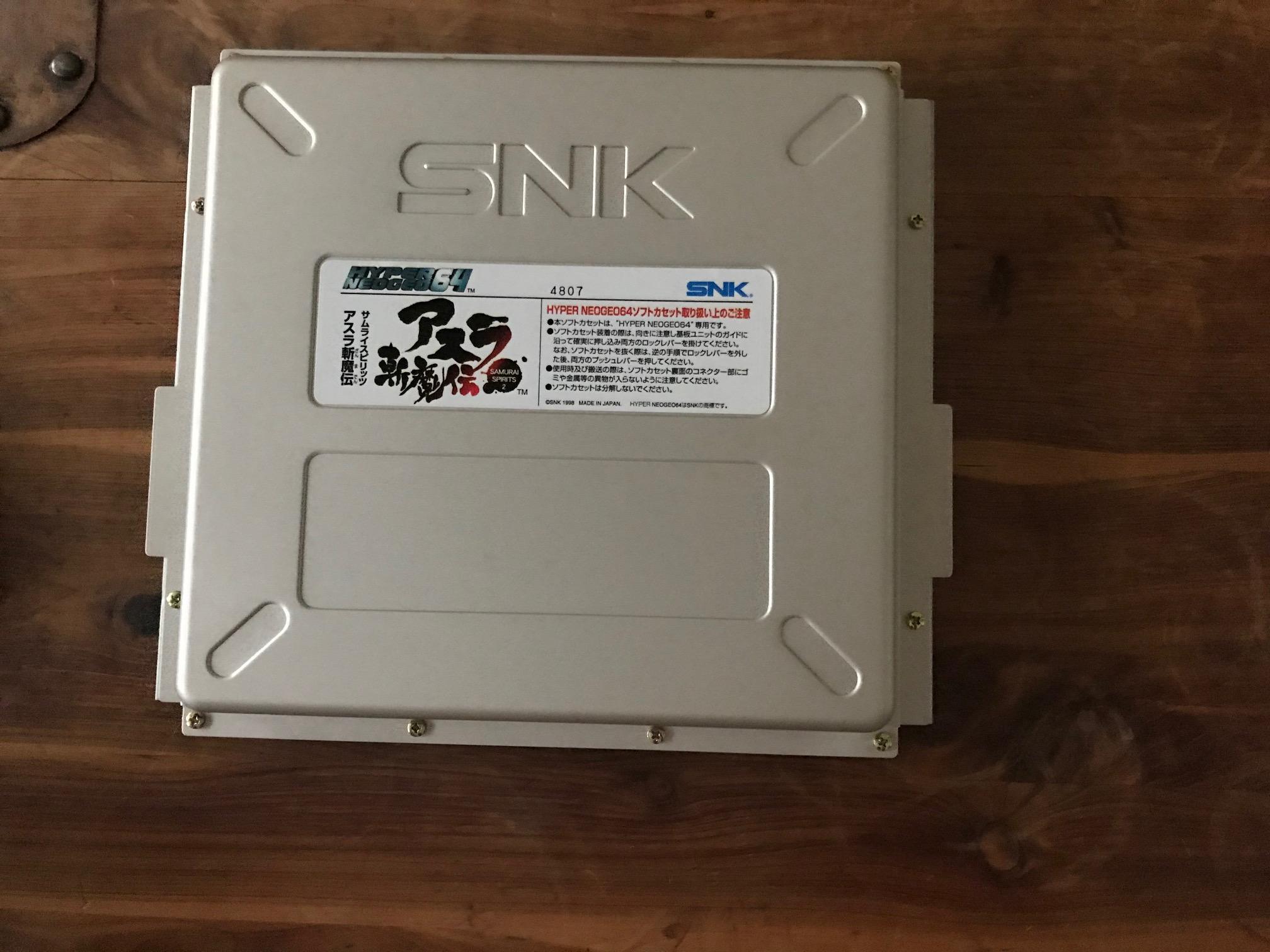 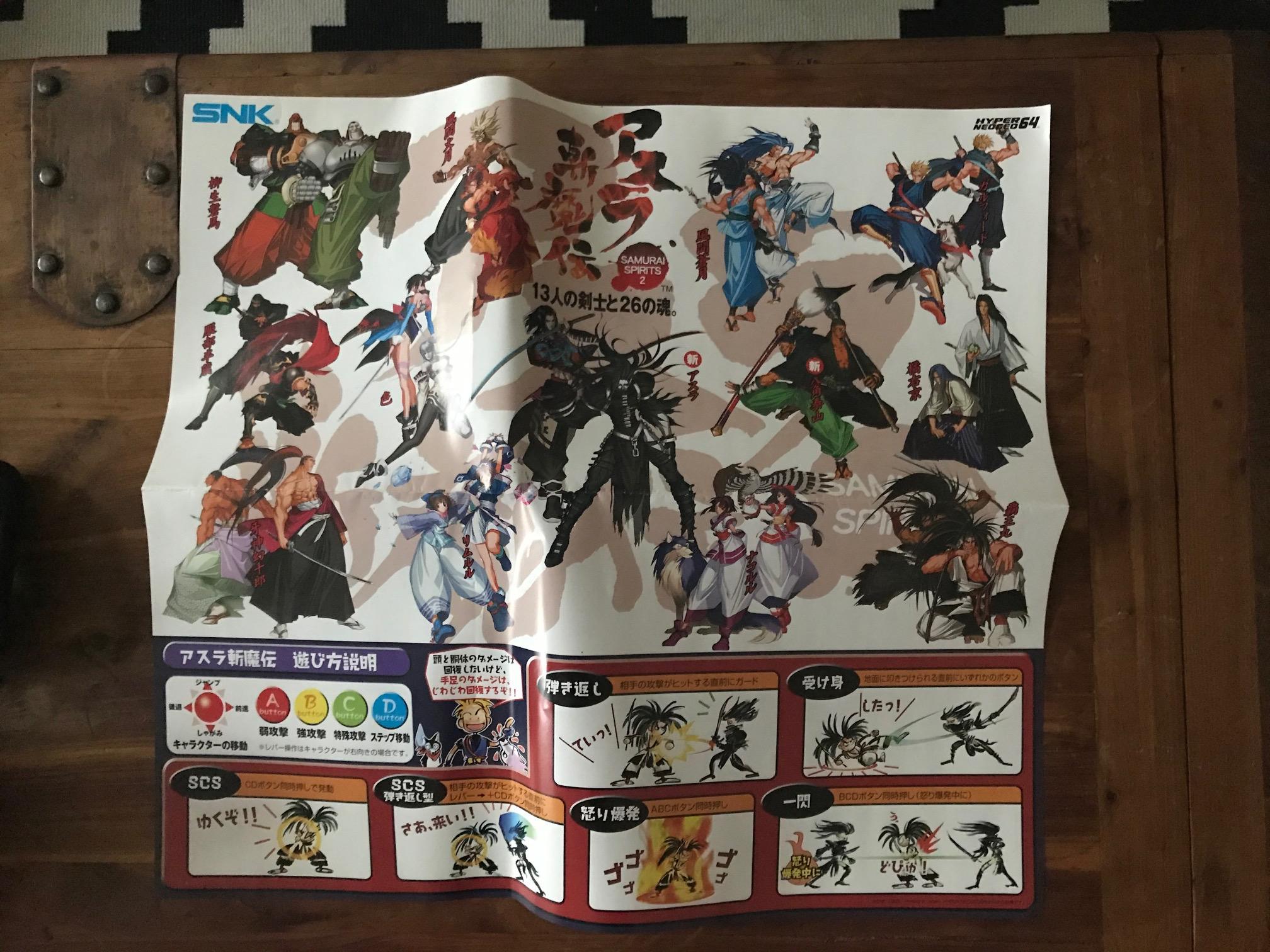 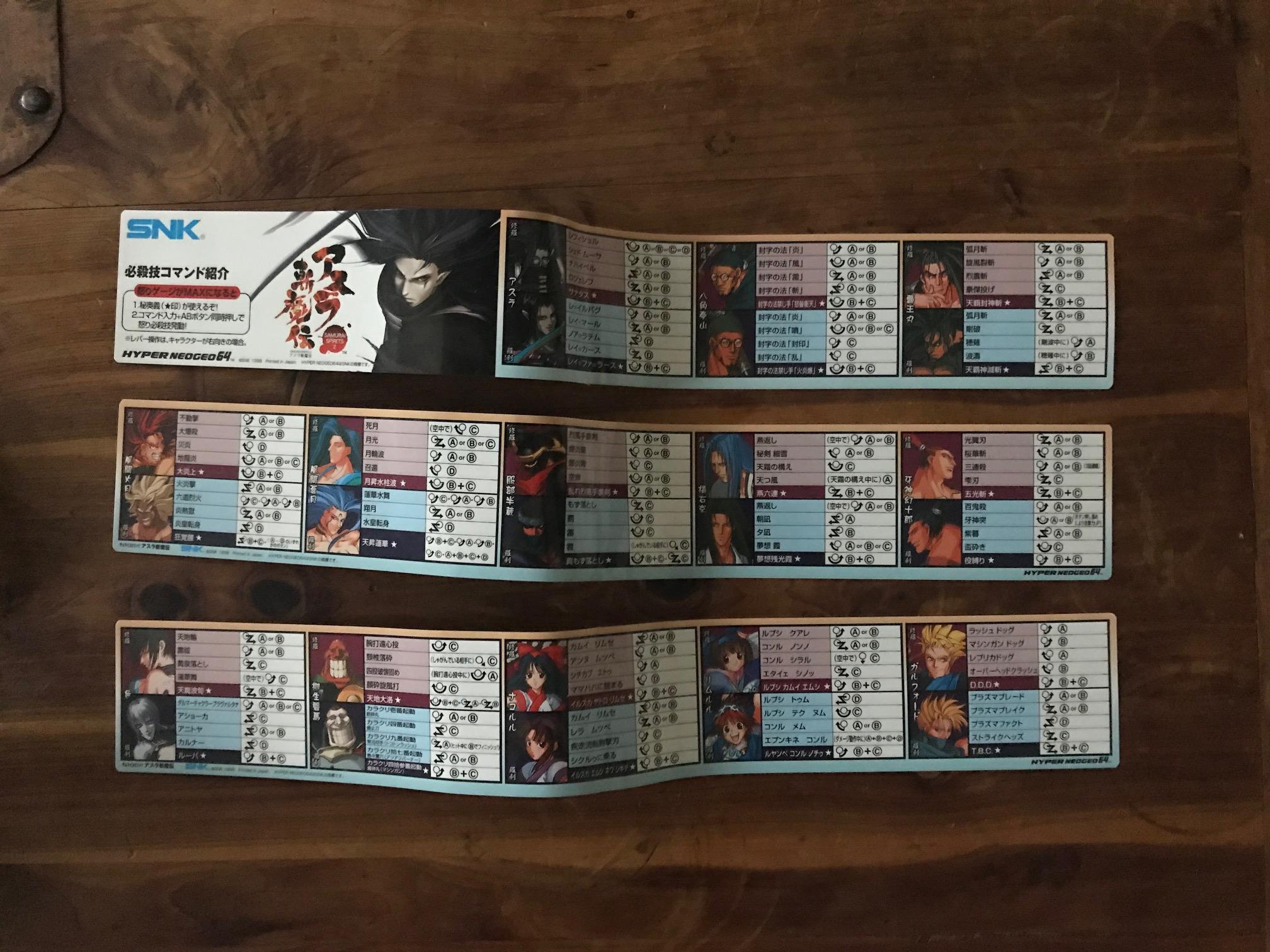 Never played it but the changes always sounded terrible to me. SS64's movement and stamina system is one of the big things that set it apart.

kunonabi said:
Never played it but the changes always sounded terrible to me. SS64's movement and stamina system is one of the big things that set it apart.
Click to expand...

SNK was definitely experimental in the late 90’s. People either loved or hated it
You must log in or register to reply here.