Say something positive (PS4/Xbox One)

After all the bickering and snark on the speculation thread about the next gen consoles, I felt like starting a bit more positive conversation about the games from this gen. The idea is like this: a lot of us have both consoles at home. I doubt any of us use both of them equally. So, let's say PS4 is your primary console of choice: what are you favorite memories and impressions playing xbox games.

I will start, if you don't mind.

I've been xbox one user since day one, then switched to xbox one x and only a year ago I bought PS4 Pro, because I really wanted to play God of War. Even though it is the first game I played on that console, it still my favorite. It looks great, there is quite a lot of stuff to do (skills, customization). I like that it is both open world and linear at the same time. And even though, the son character and his short detour into being a super-douche can be a bit annoying, I think overall they did a pretty good job with having a kid character in yoru game. My favorite thing about the game is that the whole story is so personal. It is not about saving the world and all that kind of stuff.

Spider-man - I was never huge fan of the character (I love Raimi's second film, but for many other reasons), so the game didn't really interest me all that much, but I bought it anyway. I still haven't finished it and not really in a hurry to do so, but you got to give developers a lot of credit for knowing how to start a game. The first impression is amazing, both from the gameplay and visual points of view.

Order 1886 - listen, it is not a great game, especially if you are have fond memories of playing Gears of War. I was almost ready to give up after the first 4 chapters or so, because you played less than you were watching cut-scenes, but I like the world and there are some fun weapons (termite gun). Curiosity got better of me and I kept on playing. I think it gets better as you move along and it is such a shame that the game doesn't really have an ending and they never got to made the sequel, because I would totally dive back into that bizzaro parallel universe world of late 19th century London.

So, what about you?
Reactions: mrMUR_96, JareBear: Remastered, Isa and 6 others

Positive about Xbox: everything about BC!
Positive about PS4: I can setup my console and play nearly every game totally offline (good thing for 4G user like me ...
Reactions: kareemna, JareBear: Remastered, Hobbygaming and 1 other person

Xbox One X is an amazing piece of hardware
Sea of Thieves is now an incredible game
Forza Horizon 4 is best racing game of the generation
Game Pass is a godsend
BC is extremely well executed
Last edited: Mar 7, 2020
Reactions: SoloKingRobert, mrMUR_96, SuperLupeRap and 6 others

UnconfirmedBit said:
Positive about Xbox: everything about BC!
Click to expand...

What BC games did you play? I mostly played games that I missed last gen and that were Xbox One X enhanced. Forza Horizon 1 is still probably my favorite Horizon game, because it is simpler and you are never really overwhelmed with million possibilities and events of the FH3 and 4. 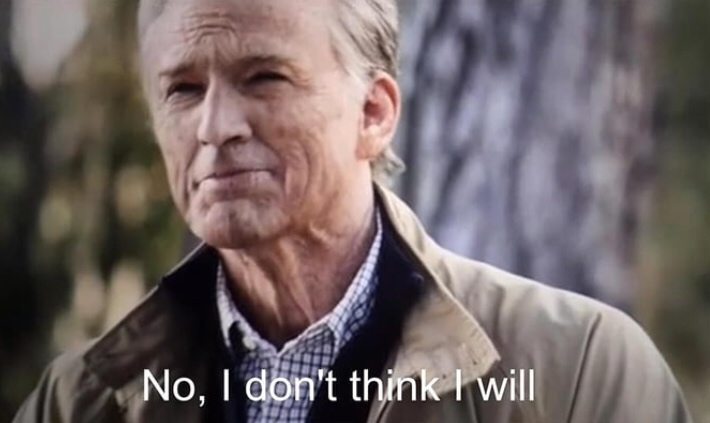 Forza is a great series and the xbox one X seems like a well designed console.

Whew.... I have to sit down and have a tea now.
Reactions: Hardvlade, Isa, TLZ and 4 others

Rubberwald said:
What BC games did you play? I mostly played games that I missed last gen and that were Xbox One X enhanced. Forza Horizon 1 is still probably my favorite Horizon game, because it is simpler and you are never really overwhelmed with million possibilities and events of the FH3 and 4.
Click to expand...

I played Asura's Wrath e Ninja Gaiden Black, I never played them before! I love them
Oh I still need to play Forza 1, thanks for reminding me!
Reactions: SoloKingRobert, GC_DALBEN, TLZ and 1 other person

Well..i have only an Xbox..so i Say something positive for PlayStation...

Imho for my tastes:

Days gone (i like killing zombies)
Kratos (i like the character but not God of War game)
Reactions: TLZ

PS4: we got the wipeout omega collection

Xbox : The X is a sturdy piece of hardware..you could easily bludgeon someone to death with it and it won't get a scratch!

Xbox
Backwards Compability, I use that a LOT.
Gamepass

PS4
Exclusives
The dashboard is fast (Well, now they fixed for the Xbox too, but after 6 years).

Of course all of the above is my opinion
Last edited: Mar 7, 2020
Reactions: Bryank75

Xbox One: Ryse and Quantum Break weren't that bad

Xbox
Game Pass - it's the best deal ever in gaming and has helped me discover tons of games I didn't know existed or thought I wouldn't like and I ended up loving them.

All the new studios MS bought especially since several they bought or created will be making AAA WRPGs - my favorite genre!

Playstation
Horizon Zero Dawn - tied for my favorite game this gen. It's even more impressive that it was a complete departure from the previous games by Guerilla games.

Sony has given PS4 fans the type of games they love in abundance this generation and most of them have been extremely well received by both fans & critics
Reactions: mrMUR_96, Isa and LMJ

Xbox One: it has killer instinct
Reactions: GC_DALBEN and SentientStone

PS4: I get to play Final Fantasy 7 Remake soon.
Finally Updated there duel shock controller to something comfortable.
Y

Half the fun of next gen is all the bickering and snark from console warriors.
Reactions: Tesseract

Xbox One: has been reliable for me
PS4: fucking legendary
Reactions: Hobbygaming
M

Xbox - As a long time Xbox fan, I can say nothing positive about the Xbox One.Sorry.

PS4 - Picked one up over the holidays and been enjoying it. Jst started Hozon ZD and loving it. GT Sport is really good. God of War was great.

PS4: Tons of great games, year after year after, including 2020 before PS5 launches

I do think Xbox is going to be pushing much better consumer friendly practices into the next gen.

PS4, great exclusives and it did invest in VR.

even if Halo 5 campaign is booty cheese.
Reactions: Arkam

PS4: I had some of the best memories playing Dark Souls 3 and Bloodborne. I have the OST and listen to it just to relax at times. Bloodborne is probably one of the greatest games I’ve ever played. I had some amazing memories going to the theater for E3 and waiting until MGSV, The Evil Within, and other big games unlocked. I remember playing through RE:Remake, DMC1-5 (Except 2), and a host of other games. So many classic arcade games and PS2 ports. God of War, RDR2, KH3, and etc. I feel like the platform is amazing.


Xbox One: I had some fun times with the Gears series. Buying the $99 Gold version of Gears 4 from my phone. Purchasing Gears 5 and then playing it on Game Pass before my copy was unlocked. I remember pre-loading Halo 5 guardians from my phone. Playing Rise of the Tomb Raider and being amazed by the air/fire effects. I also had a wonderful time playing Dark Souls 3 a week or longer before it came to the US. Xbox translated the text. Funny thing I bought the game on Xbox JP, PS4 JP, the Deluxe NA PS4 Edition, and a PC key. I love that game. I had a wonderful time with Ashen on XBO and Celeste.
Last edited: Mar 7, 2020
Reactions: CatLady and Isa

Xbox has the best controller (Elite and Standard) and backwards compatibility.
PlayStation has Sucker Punch and Naughty Dog.
Reactions: Hobbygaming

Reactions: MightySquirrel, Ahjumbie, GreatnessRD and 5 others

Xbox: controller is better for me (not in general), gamepass, and I like the "exclusives" more. BC
PS4: more exclusives (even if I don't care for most of them), FF7R, easier OS to navigate, Japanese games machine.
Last edited: Mar 7, 2020
Reactions: Isa

I used to own all three consoles, but sold them. Each had it's positives.

PS4: Good quality control, both with hardware and software.

XBO: Great BC and services for people that use them. Also the greatest controler ever made (To me).

PS: Naughty Dog is next level

Ps4: Bloodborne, controller.
Xbox One: Games pass and Phil Spencer. I went from thinking Phil was really nice, to Phil is too nice its annoying, back to Phil is nice.

Luv my PS4 catalog of games and hardware but I think gamepass is a great deal. Also appreciate the Forza games and Gears mp although generic and stale at this point can be good fun.
Reactions: Isa

Favorite memory of PS4? I remember how the launch console didn’t rest evenly and would tilt like a teeter totter, the glowing blue DS4 light lighting up as an annoying reflection on the TV screen to pull you right out of the immersion, the RB popping out of the controller casing under light play, the enjoyment of not playing my music CDs. Ahh yes, the fondest of memories.

Then I upgraded to the PS4 Pro. I think we can all agree that it was a positive thing to exclude the 4K UHD Blu-ray drive as nobody would have been able to hear the movies anyway with the loud jumbo jet fan going.

Has a tiny dick and smaller e-peen

Positive about xbox: gamepass is a great deal with you are broke as fuck and can't buy a normal console.
Positive about playstation: shits on xbox.
Make love, not war
Last edited: Mar 7, 2020
Reactions: Hobbygaming and alabtrosMyster

They both suck. Is it good enough?

But both pro versions are great.

PS4: God of War definitely is something else. Masterpiece from start to end.
Xbox: Well, its my defacto platform, so several reasons. But I really like Gamepass and the controller, specially the Elite V2.
Reactions: MightySquirrel and Isa
You must log in or register to reply here.