Key Features:
The latest version of this classic 20-year old franchise
Includes the original &#8216;UmiharaKawase&#8217; game - this was the first game in the franchise, released in 1994 for console
Created by programmer Kiyoshi Sakai (also programmer on &#8216;The Mosquito&#8217 and character designer & illustrator, Toshinobu Kondo &#8211; creators of the original game.
Unique 1970&#8217;s Japanese visual style
60 new and re-envisaged classic stages
Additional bonus levels available once the game has been completed
Global time ranking
New enemy placements
Unlock bonus features including some brilliant KAWAII style art and nostalgic audio with bonus sound track from the original game
Total of 4 playable characters, each with their own special abilities
Now 60fps
Click to expand...

Wait... is the name really Umihara and not that Yumi's Shit Odyssey thing?
S

Anyways, $20 is a good price for the SFC game and Sayonara Umihara Kawase. And everyone should get it.

Great price and really packed with content.
Doubtful, but I really hope there'll be a physical version...
S

Awesome! I will by this for sure.
V

Nice! I'm all for a worldwide release with games, though I'm assuming this is digital-only here in NA?

Nice. I really wanted to try out the 3DS game but this sounds like a better value.
T

what the heck since when was she a sushi chef

i don't remember this being part of umihara kawase canon!!

Was about to say I wasn't interested ,but including the original version is a nice bonus. I wasn't a huge fan on 3DS, it's pretty hard.

Anyways, $20 is a good price for the SFC game and Sayonara Umihara Kawase. And everyone should get it.
Click to expand...

At some point it's too late to change the name when all your fans know it by the Japanese one anyway. NISA learned this with Dangan Ronpa. They tried making Trigger Happy Havoc the main title and it failed, they reverted for DR2 (I don't know why they removed Super though). Though IMO they should have done that with Firefly Diary, the "OMG how do I pronounce this" was way out of control.
T

Hayama Akito said:
Wait... is the name really Umihara and not that Yumi's Shit Odyssey thing?
Click to expand...

Agatsuma is self-publishing this in the west, so no Natsume rename.
R

I'll gladly keep my $40 preorder of the physical Japanese version rather than pay $20 for a digital only US release.

EDIT It does seem strange though that the Japanese version is so much more expensive if it's being released simultaneously in all regions. Any chance for the JP version to get an early price drop?
O

I've long wanted to give this series a try. PSTV compatible?
P

rjc571 said:
I'll gladly keep my $40 preorder of the physical Japanese version rather than pay $20 for a digital only US release.
Click to expand...

Hopefully the jp physical release will be multilanguage considering that it's releasing ww.
I'd probably import it if that's the case.
Y

Fuck yes, will get the English version day 1 even if it's digital only. Can't wait.
M

All of those bonuses and 60FPS sound amazing, I'm so in for 20 bucks.
R

Takao said:
Agatsuma is self-publishing this in the west, so no Natsume rename.
Click to expand...

Is this like Story of Seasons? Did they use the Japanese title because Natsume wouldn't let them use the english one?
T

Ryuukan said:
Is this like Story of Seasons? Did they use the Japanese title because Natsume wouldn't let them use the english one?
Click to expand...

Doesn't look like it as there's no trademark for that name in the US.
R

Shinriji said:
No cart, no buy.
Click to expand...

Same, I can settle for digital long as I get the OG game with it =X
S

Yay for localization confirmation & THANK GOD for the $20 price. I liked the 3DS version, but man did $30 feel steep. Add in the fact you get the original Super Famicom game & $20 feels like a decent deal.
P

Looks interesting, i will try to give it a spin.
S

A better starting price than the 3DS version which launched at $29.99.

I bought this game for 3DS ages ago on sale and played it a bit, but then moved onto other things when a level became too difficult for me. Well, I started to play it again recently and have been tearing through several levels and generally having a great time with it

Part of me still wants to buy this, even though it would mean starting from scratch...
A

SatoAilDarko said:
A better starting price than the 3DS version which launched at $29.99.
Click to expand...

And so many more features/bonuses too.
X

Bought the 3ds one...never even beat it. Probably will get this on Vita because god damn I love vita controls.
S

Much better value for $20 than what Natsume had on launch for $30. This game's awesome, though I may never have time for playing it at my leisure.
S

By the way, when is this coming out in Japan?
Y

Shizuka said:
By the way, when is this coming out in Japan?
Click to expand...

Yasumi said:
Should be April 23rd.
Click to expand...

It's been some time since we got a localization confirmation before the japanese release.
K

Shizuka said:
It's been some time since we got a localization confirmation before the japanese release.
Click to expand...

God I hope so. I'm super pumped for this and it would be the perfect thing to give my PSTV some love.
M 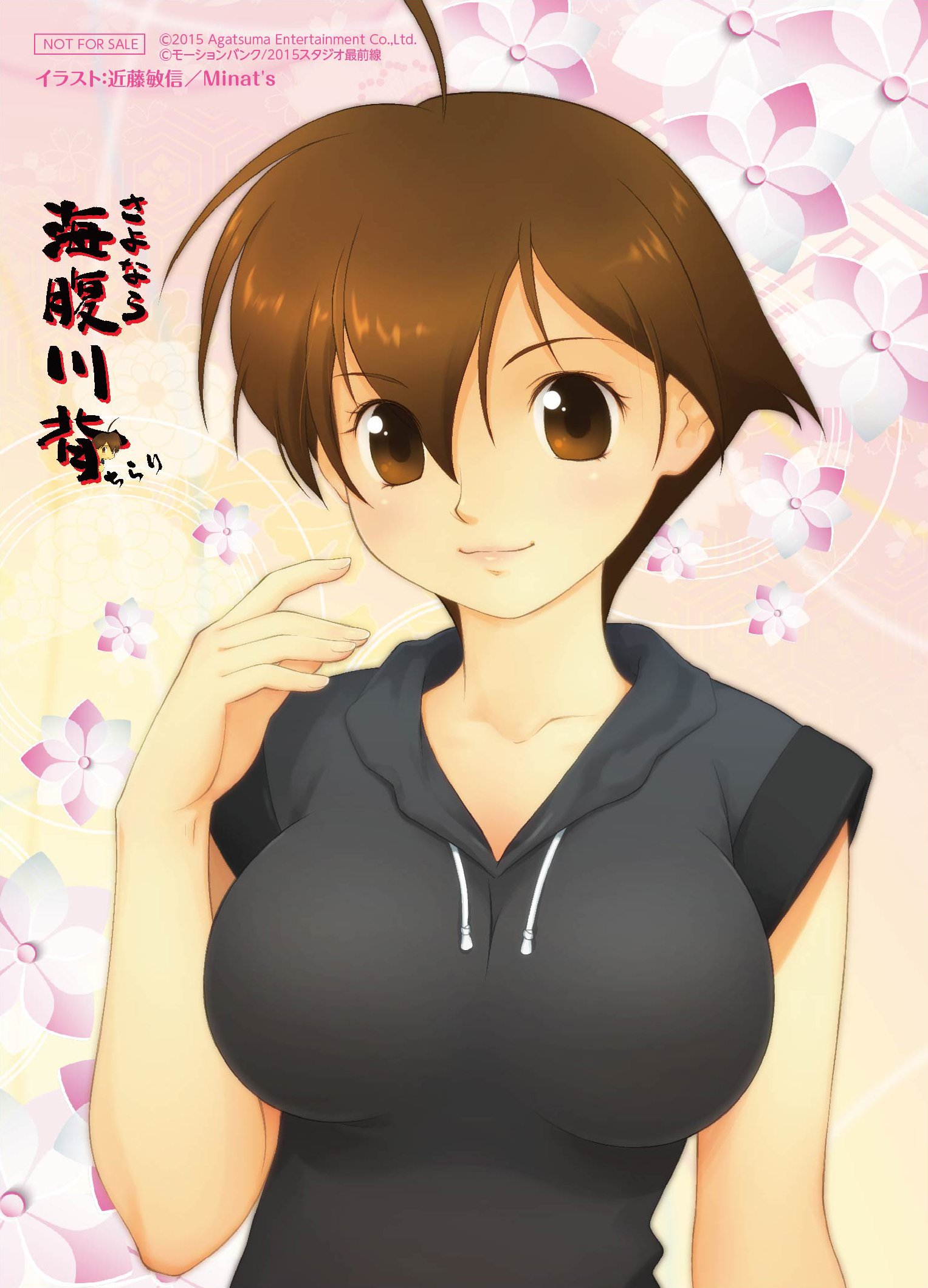 For those planning to import the Japanese version, you can get this cleaning cloth (in addition to the figurine) if you pre-order from Amazon.co.jp. They don't ship overseas though, so you'll need to use a forwarding service like Tenso Japan.
http://www.amazon.co.jp/dp/B00TGIM6T0/
http://www.jshoppers.com/forward/

Hayama Akito said:
Wait... is the name really Umihara and not that Yumi's Shit Odyssey thing?
Click to expand...

Come on, that wasn't a bad name at all.
P

woah didnt know there was a thread.

Getting this day 1. Love Umihara Kawase , and all the additions are fantastic. Hopefully more people will jump in with the lower price.
T

Nice. If the Japanese retail version doesn't have English text as an option, I'll just get this digitally.
A

hmm retail or digital? hopefully retail comes with english option.
You must log in or register to reply here.

Tomorrow is the 15th anniversary of Mother 3's Japanese release.