gumby_trucker said:
As far as I know this hasn't been posted on this thread, maybe it could be added to the OP.

source: The Hollywood Reporter - The article is worth a read imo for anyone interested in seeing how the entertainment industry views this case. It also offers a concise and well-written overview, as well as some new details such as this one:

"But on September 3, just three days after the expiration of an agreement between Sony and Lambert's loan-out company Wildcat Creek, the actor appeared in ads for Bridgestone that promised consumers a Nintendo Wii upon the purchase of four tires."

And as most of us suspected:
"According to a complaint filed in California federal court, the contract between Sony and Wild Creek was entered into on August 7, 2009 and contained an "exclusivity clause" that prevented Lambert from providing his services or his likeness to competing gaming system manufacturers like Nintendo."

UPDATE 3: There was some confusion relating to the legal process that has since been removed. Sorry for any confusion it may have caused.


Sony's Dan Race responds to the lawsuit (thank you Wario64, and JeffGrub) at Venturebeat:

"Sony Computer Entertainment America filed a lawsuit against Bridgestone and Wildcat Creek, Inc. on September 11. The claims are based on violations of the Lanham Act, misappropriation, breach of contract and tortious interference with a contractual relationship. We invested significant resources in bringing the Kevin Butler character to life and he&#8217;s become an iconic personality directly associated with PlayStation products over the years. Use of the Kevin Butler character to sell products other than those from PlayStation misappropriates Sony&#8217;s intellectual property, creates confusion in the market, and causes damage to Sony."
Click to expand...

September 3, 2012 - SkiesofWonder posts a screenshot of Bridgestone's Game On promotion featuring Jerry Lambert egging on some of his Bridgestone friends while playing Mario Kart Wii. Jerry's been doing Bridgestone commercials for a few months now, but this one was for a promotion regarding tire purchases leading to a free Nintendo Wii. A few hours later the promotion's website reveals Jerry with the group playing Mario Kart.

September 4, 2012 - Videoman discovers video of the ad on Facebook, I upload it to Youtube. Video goes viral with stories posted by major sites mocking the fact that the actor formerly known for hawking PlayStation products is indirectly helping the other team.

September 11, 2012 - Sony Computer Entertainment America files a lawsuit against both Bridgestone, and Wildcat Creek. Wildcat Creek is a company Jerry Lambert is president of, presumably to look over his acting duties. gumby_trucker discovers the lawsuit today (October 6) and posts it on GAF.

September 14, 2012 - Bridgestone removes the video from Youtube with a copyright notice. Presumably this is when Bridgestone put their own upload of the video on private, and removed Jerry from their Game On site. Google cache shows he was removed from the site by September 27. The image with Jerry is still hosted on their site.

Original Post:
Jerry Lambert, the actor who plays the Kevin Butler character began appearing in Bridgestone Tire commercials a few months ago. More recently the company began running a Game On promotion where purchasing a new set of tires nets you a $70 American Express card or a Nintendo Wii. The commercial for the promotion drew the attention of Skiesofwonder who posted this on September 3: The original website design for the promotion had this banner: 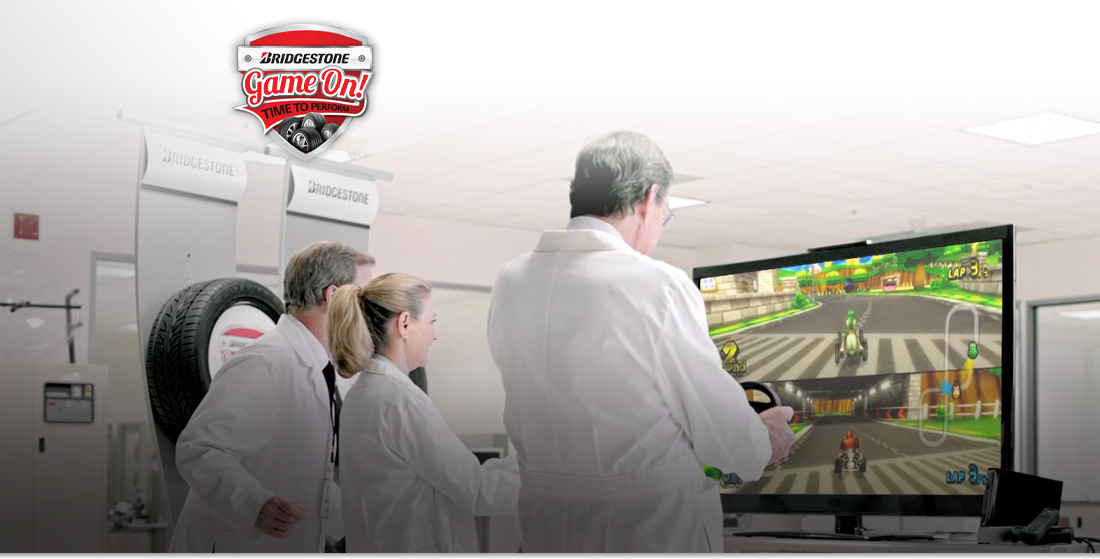 (Thanks to -x.Red.x- for embedding)

That was removed prior to September 27 according to the Google Cache but is still hosted on their servers to this day.

The commercial was uploaded onto Youtube after being spotted by VideoMan on Facebook. The video and story got coverage by a variety of large sites like CVG, and others. Bridgestone pulled the video down after amassing over 120k views on September 14. Wario64 found an streaming version here.

On September 21 (about a week prior to the promotion ending on September 30) an alternate version of the ad was discovered by alr1ght with Jerry being removed from the ad. Drago found a Youtube version of this new ad:

alr1ght said:
It's still on bridgestone's yt, but it's private. 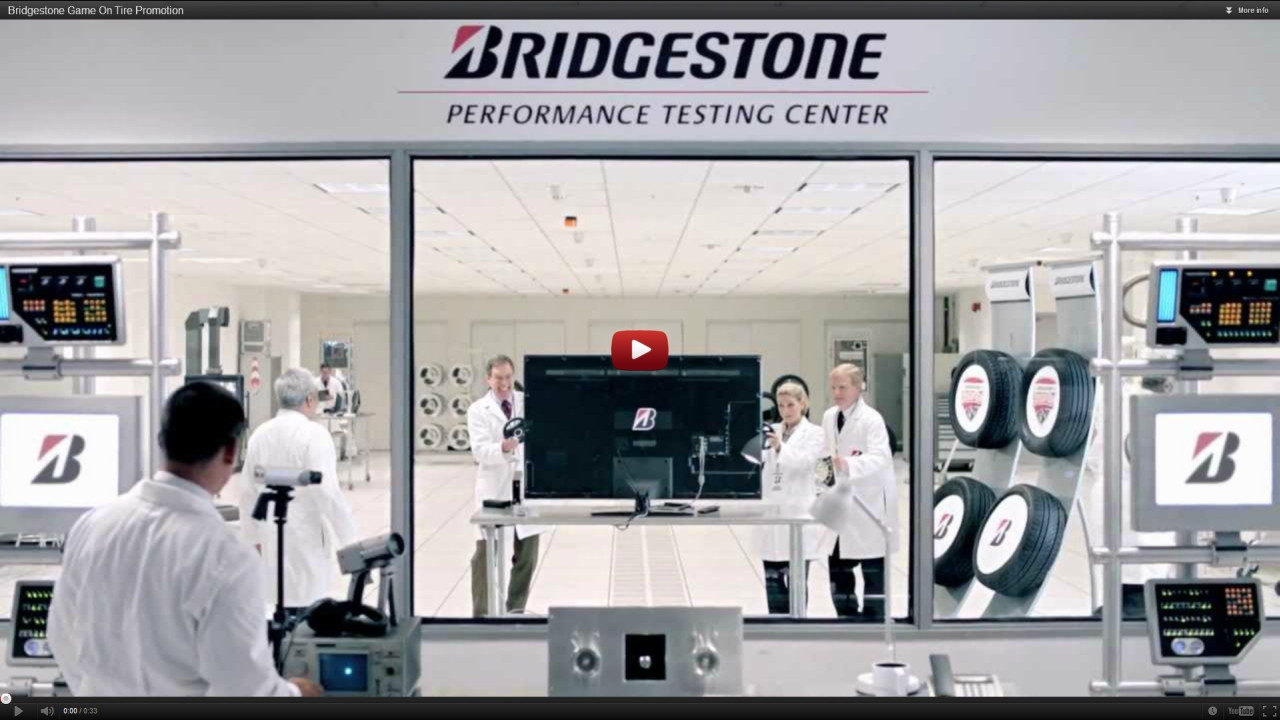 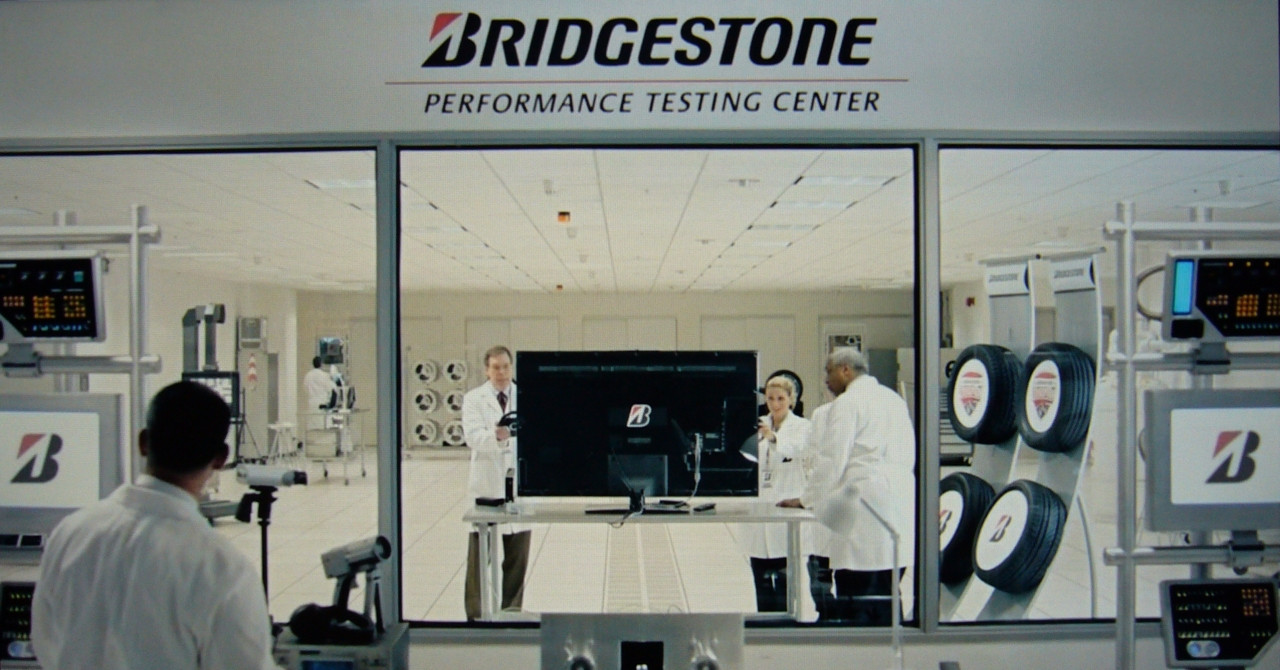 Earlier today gumby_trucker posted that SCEA filed a lawsuit against Bridgestone, and Wildcat Creek (a company Lambert is the president of) on September 11:


gumby_trucker said:
sorry, had to bump:

Sony are suing for this! Not only are they suing Bridgestone for the commercial, they're also suing Wildcat Creek, Inc.

Who are they? Well, evidently they're the advertising company hired by Bridgestone for the commercial. According to this their president is none other than Jerry Lambert.

Probably signed a contract with Bridgestone long before learning about their Wii promotion.
J

On phone so can't check but what are they actually suing for. An actor they use in their marketing acting in another bit of marketing as another character?
R

jonno394 said:
On phone so can't check but what are they actually suing for. An actor they use in their marketing acting in another bit of marketing as another character?
Click to expand...

From the other thread:

antonz said:
Oh wow. Seems they are going for trademark infringement. Based on those grounds it seems like Sony feels Jerry cant be in any other advertisements anymore because he is a Sony creation.
Click to expand...

jonno394 said:
On phone so can't check but what are they actually suing for. An actor they use in their marketing acting in another bit of marketing as another character?
Click to expand...

If I were him I would show up to court and play my Nintendo 3DS:XL through the proceedings.

I remember seeing this commercial a few weeks ago and thinking "Weird, Kevin Butler isn't annoying me. This must not be a Sony ad."

the fact they removed him from the ad wow
P

Why would they sue him? Hes an actor that has to feed his family.
V

This is the danger of making a common actor your spokesperson. Kevin Butler was a great idea, but actors are actors, they find jobs where they're offered. It's not even like he went straight to nintendo, he went to a completely unrelated company who happened to have a promotion WITH nintendo.

It's a shame though, the Kevin Butler stuff they did was by far their best ad campaign to date. They should have rode that a lot harder than they did.

Oh BOY, is Sony actually going to make the argument that Jerry Lambert's likeness is property of SCEA?

Strap in kids, this one is going to be interesting.
J

Leezard said:
From the other thread:
Click to expand...

I hope they get laughed out of court
N

Those court documents don't really make it exactly clear what Sony's basis is for the suit. I assumed that they must have had some contract that barred Lambert from advertising another videogame product, but that doesn't seem to be the case. So I think their claim is a bit silly.
A

they must have a valid case, because it would be idiotic to even do that in the first place.

I remember someone in the old thread said that he is surprised that Sony didn't have something in Lambert's contract that he couldn't do commercials advertising a competitor. Maybe they did.
K

King of the Potato People

Sony really need to improve their publicity, my god.
C

BigPickZel said:
I remember seeing this commercial a few weeks ago and thinking "Weird, Kevin Butler isn't annoying me. This must not be a Sony ad."
Click to expand...

Why was he annoying you?

Even if they have a contractual basis for this suit... it's still ridiculous.
T

King of the Potato People said:
Sony really need to improve their publicity, my god.
Click to expand...

SCEA did let go of their PR department a few weeks ago ...
C 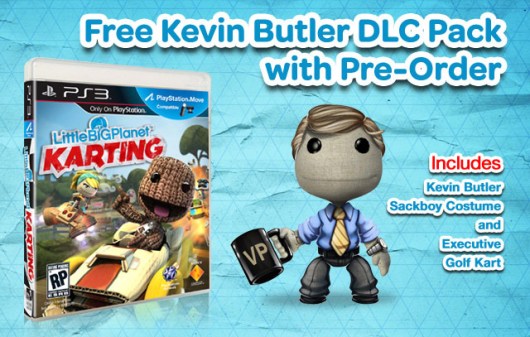 I'm sure there is some legal basis, but it just comes across as petty.
R

"and when they said kevin butler is theirs

Takao said:
SCEA did let go of their PR department a few weeks ago ...
Click to expand...

wasn't that related to leaking stuff about the fighting game?

IF SO way to fucking tell the full story.
G

always found this kb thing moronic and so fake. but n4g kids got a boner and believed he was a real person that loves PS3, so thats good i guess
N

Hand Butler over to PlatinumGames
C

Smiles and Cries said:
this will only make the ad go viral and put more importance on it smh
Click to expand...

This no Streisand effect.
M

What? How is Sony able to sue him for being in other commercials? They don't own him and he needs to support his family. What the fuck? Was this some stupid small detail in an old contract or something? What're the chances Sony actually wins?

TurkishEmperor said:
Why was he annoying you?
Click to expand...

I find the Kevin Butler campaign annoying. It doesn't seem like it's very effective at getting people on-board with Sony. It's like it's designed to make PS3 owners excited about their PS3s.
Z

no existing gif is sufficient for this
V

Globox_82 said:
always found this kb thing moronic and so fake. but n4g kids got a boner and believed he was a real person that loves PS3, so thats good i guess
Click to expand...

No one believed that.

They just loved the character.

If anything, this shows how seriously Mario Kart is taken.

Where's that .gif of Homer driving over a bridge and then burning it?
T

Unregistered007 said:
wasn't that related to leaking stuff about the fighting game?

IF SO way to fucking tell the full story.
Click to expand...

That was a rumor that was shot down by those involved.
S

Zeer0id said:
no existing gif is sufficient for this
Click to expand...

Rebel Leader said:
"and when they said kevin butler is theirs

Fucking hilarious. Wish I had that GIF of butler taking a bite out of that turkey leg right now.
G

Projectjustice said:
Why would they sue him? Hes an actor that has to feed his family.
Click to expand...

So strange, how can Sony prove that Jerry Lambert was playing Kevin Butler in that Bridgestone commercial? Surely it can't just be his face because he can't change that.
You must log in or register to reply here.

How Nacon, The Publisher of The Sinking City, Cracked and Pirated The Game