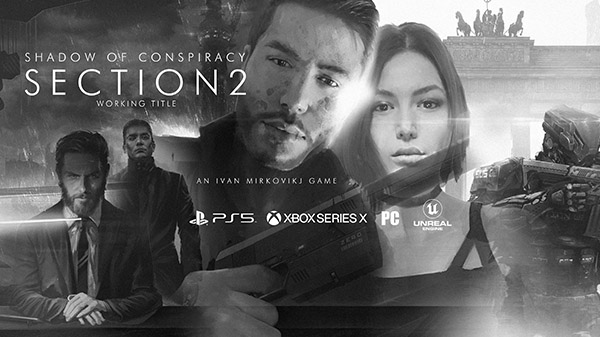 Here, players get to experience a completely unique setting in a dystopian, future vision of Berlin, 2087 as they investigate a police chief’s murder; find a missing girl who’s a key to solving that puzzle, and embody Nolan—an elite cop with a mysterious past, uncovering a far-reaching conspiracy.

This deep, cinematic detective thriller puts the player’s mind, body and soul to the test as they deal with themes like guilt, love, friendship, sacrifice and betrayal.

I thought the game looked cool lol, anyone else? Reminds me of Deus Ex a little bit

Game looks good especially since it's listed only as a prototype. The animations need work and the lens flare need to be toned down but otherwise, has potential. Like that you can switch between first and third person on the fly. Just hoping that both perspectives play equally great. Will keep an eye on this game even though it's probably at least 3 years away minimum.

Looks like a good start. The camera shake is a bit much and the depth of field on the gun, close up stuff is ridiculous.
You must log in or register to reply here.

Oct 13, 2021 started kingpotato
Oct 14, 2021
IntentionalPun
2
The 3DO is a great system with an incredible library of games. A recommendation thread. (Gif img heavy)