Shantae and the Seven Sirens will launch for PlayStation 4, Xbox One, Switch, and PC on May 28 for $29.99, publisher and developer WayForward announced. The “Part 2” update for the previously released Apple Arcade version is also now available.

Limited print physical standard and collector’s editions are also planned for release via Limited Run Games. Further details will be announced at a later date.

Here is an overview of the game, via WayForward:

Whip your hair and shake your hips—independent game studio WayForward is ecstatic to announce that the newest entry in the fan-favorite Shantae series, Shantae and the Seven Sirens, is scheduled for launch on consoles and Windows PC on May 28, 2020. The expansive quest, which contains new locales, friends, enemies, and transformations, is expected to arrive in its entirety on Nintendo Switch, PlayStation 4, Xbox One, and Steam at the price of $29.99. Additionally, an update containing the adventure’s epic conclusion is now available on Apple Arcade. In anticipation of the multiplatform launch, a new trailer was also released.

Packed with multiple towns and more labyrinths than ever before, Shantae and the Seven Sirens combines the most popular elements from past Shantae titles into the Half-Genie hero’s biggest outing to date. The excitement begins when Shantae visits a tropical paradise where she befriends new Half-Genie allies, but things quickly go awry as she discovers that sinister secrets are stirring beneath the island’s surface! As Shantae gets wrapped up in the island’s mysteries, she’ll use all-new dance abilities and instant-transformation Fusion Magic to explore the nonlinear, interconnected world and battle an assortment of diabolical foes… not the least of which are the enigmatic Seven Sirens!

Complementing the action are spectacular animated cutscenes that bring the story to life—a series first!—including a jaw-dropping anime-style opening by renowned animation house Studio Trigger. Other new features include 4K support and a collectible card system that lets players augment Shantae’s powers in a variety of ways.

Apple Arcade users will notice numerous improvements to the game in the newly released update, where they will encounter new environments, dungeons, and abilities, as well as enhancements such as new fully animated cutscenes, upgraded character portrait artwork, an improved map, customizable touch controls, a new unlockable mode, and various other fixes and refinements. Players will be able to pick up where they left off or play through the entire quest from start to finish.

Shantae and the Seven Sirens is the fifth entry in the Shantae series, which first launched in 2002. In addition to the digital version of the game, a physical version—including both a standard edition and a collector’s edition for some platforms—is planned from Limited Run Games, with details to be revealed at a later date. 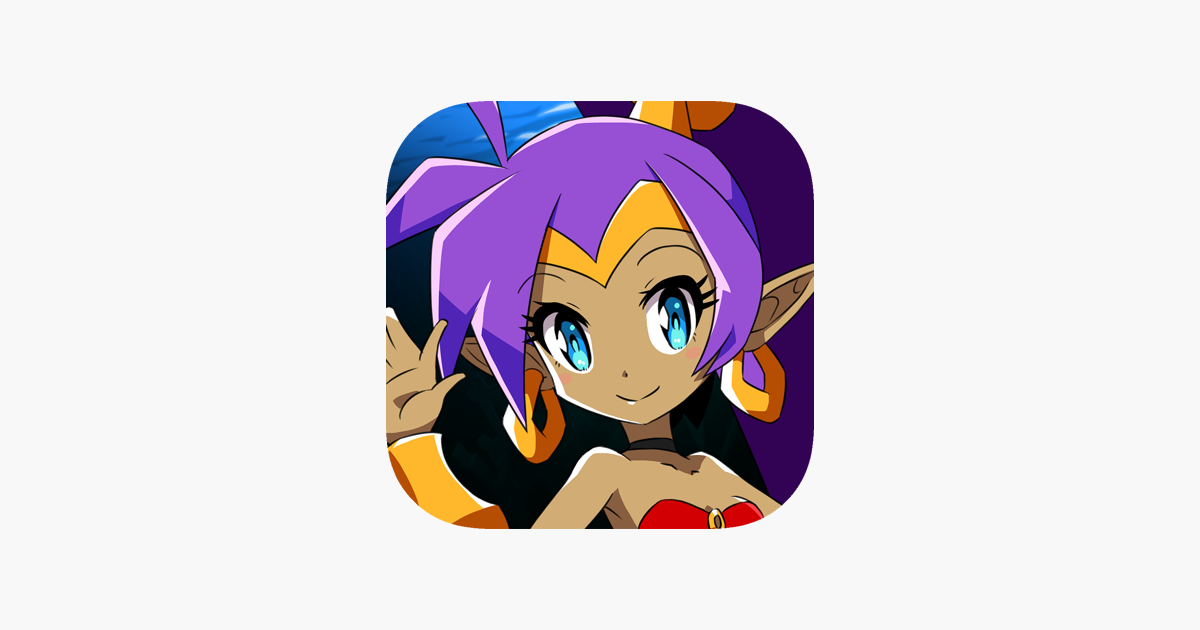 ‎Shantae and the Seven Sirens

‎Shantae is back in an all-new tropical adventure! In her 5th adventure, the Half-Genie hero gains new Fusion Magic to explore a vast sunken city, make new Half-Genie friends, and battle the Seven Sirens in her most thrilling adventure yet! Key Features: • Traverse a vast, interconnected...
apps.apple.com

I mean she's hot dude. I would. Totally wood

So this came out today, doesn't seem to have much hype. Early Steam reviews look positive.

Started playing it in the morning and couldn't put it down. 8 hours later I reached the end with 69%. I love that this game has one big interconnected map with the dungeons spread around, very reminiscent of Castlevania Portrait of Ruin. I think Pirate's Curse has finally ben dethroned.
Last edited: May 29, 2020

It's essentially Castlevania with the sexiest bitches anyone could draw. If you don't buy it you're gay, which is totally fine
I

Wonko_C said:
Started playing it in the morning and couldn't put it down. 8 hours later I reached the end with 69%. I love that this game has one big interconnected map with the dungeons spread around, very reminiscent of Castlevania Portrait of Ruin. I think Pirate's Curse has finally ben dethroned.
Click to expand...

As a backer I was disappointed by HGH - the backer goal "levels" felt like they added 1/4 a game to 1/2 a game. It had some neat moments, but way too short and simple.

Glad this is as good as PC was. Makes me feel better about getting the physical version off LRG.

Velius said:
It's essentially Castlevania with the sexiest bitches anyone could draw. If you don't buy it you're gay, which is totally fine
Click to expand...

Castlevania has its share of sexy bitches too, though.

Absolutely love this game so far. They went back to a more metroidvania style after HGH, and it's great. Controls are good, the art is fun, the text is fun enough to pass the story to keep you going from point A to B. Highly recommend this game to anyone that was a fan of Pirate's Curse.

I love the card system for giving buff and the new dances are fun, if a little overpowered and/or forced. (I don't like having to use seer on almost every room).

Wonko_C said:
Started playing it in the morning and couldn't put it down. 8 hours later I reached the end with 69%. I love that this game has one big interconnected map with the dungeons spread around, very reminiscent of Castlevania Portrait of Ruin. I think Pirate's Curse has finally ben dethroned.
Click to expand...

This is what I came to find out. I liked the Metroidvanias, not the levels.

Buddy in party chat was waiting until midnight for it to show up in the xbox store. He recommended it and I think the previous game is going 9n games with gold or gamepass so he mentioned I should try that first and buy this after.

Holammer replied
Aug 16, 2019
Two Point Campus coming to console and PC in May

Bullet Club replied
May 4, 2022
The State of PlayStation Studios With SIE acquiring Bungie and more, let's take another look at the state of Sony's first-party studios (IGN)
Opinion 2