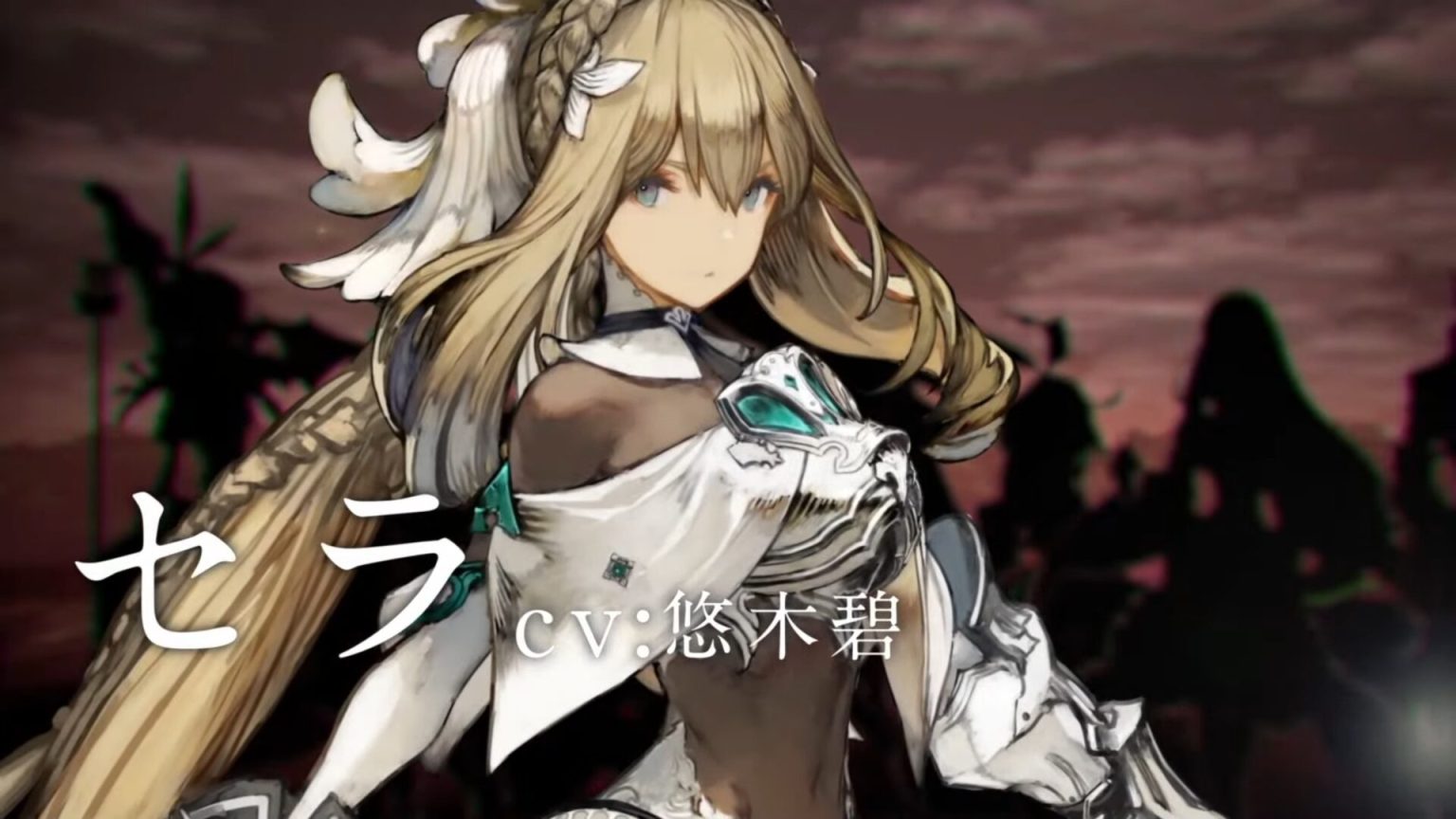 During Sega & Atlus’ livestream from Tokyo Game Show, the house of Sonic revealed the previously-teased new mobile JRPG. The title is Sin Chronicle.

At the helm is producer Jun Matsunaga, known for his work on Chain Chronicle, World Chain, and more.

The new game is indeed the successor of Chain Chronicle. That being said both the story and the gameplay systems are completely new.

The concept of the game is that the fate of the characters is decided by the player’s choices. Every chapter (which lasts 10 hours of gameplay) has a climax in which you make an important choice and you only have one chance to make it. You cannot ever redo that choice.

The composition of your party will also influence that choice and the options provided. You also have to choose between two heroines, Sarah and Chloe, both of which are voiced by Aoi Yuki.

The world of the game is disappearing, plagued by a gradually enlarging “Abyss.” Fighting against this threat are the Boundary Knights, among which are the playable characters.

The battle gameplay itself is turn-based JRPG style. Most of the music is composed by Kevin Penkin, mostly known for his work on Made in Abyss.

Pre-registration for Japan is available today and the local release date is December 15. Nothing was mentioned about a possible western release.

You can check out the reveal trailer below, alongside a video introducing the world, and another showing story gameplay. The fourth video shows live gameplay.

Source: Twinfinite
Reactions: HerjansEagleFeeder
You must log in or register to reply here.