"We are working very closely with both Sony and Sucker Punch to make sure we are staying true to the franchise," says Brad Foxhoven, the film's producer and CEO of Blockade Entertainment. "Since we were altering the look of the characters and world into pure CG, it was important to keep them in the process. This included the script, the characters, models, and the cast. Of course we were nervous about the results, and breathed a massive sigh of relief when they gave their approval. Now we just have to wait for the fans"
Click to expand...

Hit me with a cane and rob me blind if old... 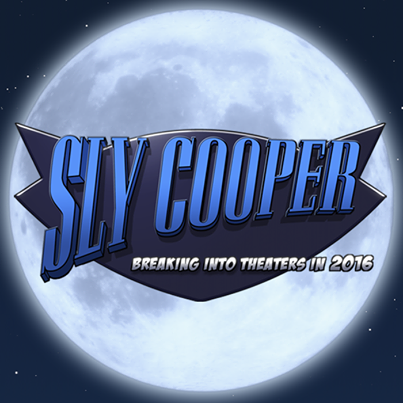 Sly Cooper is a kinetic and comedic heist film that tells the story of Sly Cooper, an orphaned raccoon thief, along with his childhood friends and partners in crime, Bentley Turtle and Murray Hippo. In the film, Sly learns of his birth familys secret legacy; that he comes from a long line of talented and international thieves. Endowed with this knowledge, Sly and his friends are catapulted into a global adventure as they race to reassemble pieces of an ancient book holding The Cooper Clans family secrets before it can fall into the hands of Clockwerk  an evil Russian metallic owl bent on ending the Cooper family line. From romantic Parisian backdrops to the lush mountains of China, gritty film noir meets bright, colorful graphic novels in this origin story of the worlds greatest thief-turned-hero.

Thanos acquires the fully powered Infinity Gauntlet in The Avengers: Infinity War, but loses when all the superheroes team up together to stop him.

Gross. What kind of track record does this animation studio have?
P

Interesting... I've always thought it was more appropriate to make it a television show, though.

I love Sly, but those redesigns make me sad (especially Murray).
B

what happend to murray
K

Is this the same company making the garbage Ratchet movie?
E

Oh god what the fuck have they done to Murray? Sly looks really baby faced too, but not as bad as Murray.

EDIT: Going from that little info, they're trying to mess with his origin story too? Sly always knew that he came from a family of thieves. I guess they're kind of trying to follow the first game but making a few changes to make it so there's a bit more drama. The first game is about Sly's revenge for what Clockwerk did to his parents and stealing his family's heirloom The Thievius Raccoonus.
S

Sly looks pretty cool I think. Never played the games before sadly. Not yet anyway.
R

cuyahoga said:
Is this the same company making the garbage Ratchet movie?
Click to expand...

Yes, and the Heavenly Sword movie.

So we have Ratchet and Clank, Heavenly Swords and now Sly cooper movie coming soon.
What's next? Shadow of colossus movie or Uncharted?
D

don't like the redesigns much and the director's track record is not very good.
V

NMFried said:
Gross. What kind of track record does this animation studio have?
Click to expand...

Blockade seems new but here is a link to what Rainmaker has done.

Lots of Barbie movies recently, but they also worked on ReBoot and Transformers Beast Wars.
B

Everyone looks off. Like REALLY off. Optimistic that this looks better in motion. Wonder if they're gonna sex up Carmelita.
Oh god
D

Wait... This has nothing to do with the ShackNews reveal right?

And Sly looks pretty awesome (took me 5 seconds to get used to it), but dat Murray.... O_O
S

I have more faith in the Ratchet movie.....

Murray was hit with a pretty vicious ugly stick
B

So the guy who is directing/writing this also did TMNT (2007). That movie was decent for what it was, so I guess he may do the story justice.

Hopefully everyone reprises their roles.
S

Okay, if you really insist

Honestly, this is creeping me out. Much prefer Sly as a cartoon-style character.
X

The trailer at least had some humor in it and the characters are spot on.

Oh wow, Murray looks hilariously horrible. I don't see why they didn't just go with a style similar to the games? Either way I hope Dimitri's in it.
S

Byronic Hero said:
So the guy who is directing/writing this also did TMNT (2007). That movie was decent for what it was, so I guess he may do the story justice.

Agreed Dylan Dog though was just boring as hell
A

Murray looks like something Andy Serkis would play.
S

At first I was afraid its going to be one of those movies where hero is a cartoon and everyone else is a normal human filmed on camera, no idea why I thought that.

Good thing I was mistaken, yet I still keep my expectation at a very low level. Bracing for inevitable cringefest in advance. One thing for sure, not going to bring my friends to the cinema to watch this. If I had to suffer, let it be alone.
B

Okay, if you really insist

Blu(e) said:
Everyone looks off. Like REALLY off. Optimistic that this looks better in motion. Wonder if they're gonna sex up Carmelita.
Oh god
Click to expand...

That character design is... odd.
T

Places that none can see.

Sly looks rather decent but Murray's face could use some work...if they fix that, it could be decent.
P

Banzai said:
Oh wow, Murray looks hilariously horrible. I don't see why they didn't just go with a style similar to the games? Either way I hope Dimitri's in it.
Click to expand...

It seems to be an adaptation of the first game, so no Dimitri.
E

Not sure how to feel about it being not cel-shaded

But Murray looks awful that's for sure
P

I'm not sure how these will translate into movies. Sly and Ratchet make sense to a degree, Heavenly Sword doesn't. I doubt these light the world on fire financially, and even worse, not sure about the quality.

Ratchet probably has the best chance. I haven't heard of the studio, so doubts are high.
D

Could be an incredulously well rendered fan fake production. I'll be glad if its true however!

Hopefully this means more Sly games. They're really fun and enjoyable. The characters are awesome too. I wouldn't mind a "mini" Sly Cooper games like Quest for Booty every year for $20.
D

Why not?
You must log in or register to reply here.