Game Dev Somerville is War of the Worlds meets Another World, but it’s also a complete mystery – Interview 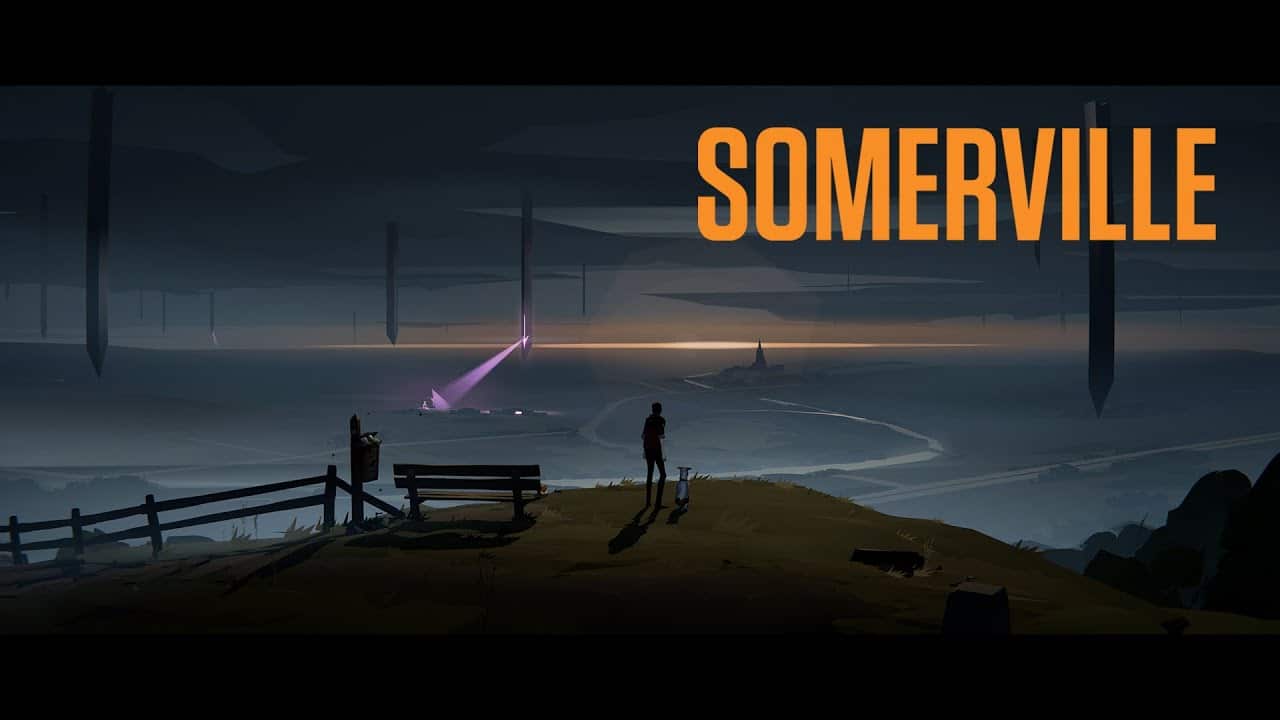 Somerville Is War of the Worlds Meets Another World, but It's Also a Complete Mystery - Interview

An interview with Jumpshark's Chris Olsen about mysterious alien invasion adventure Somerville, which will not fit neatly into any one genre.

Somerville Is War of the Worlds Meets Another World, but It’s Also a Complete Mystery – Interview​

It is often the unknown and mysterious that draws us in, and this is exactly the case with Jumpship’s bleak single-player game, Somerville. First revealed in 2017, details on the sci-fi adventure have been scarce as the studio toils away behind the scenes to create a game that sticks to its mission to “break preconceived notions of what games can be by exploring the creative possibilities of the medium.” Jumpship’s goal to launch in 2022 remains clear, however, especially after Somerville made an appearance during this year’s Xbox & Bethesda E3 Showcase. We caught up with the game’s writer & director, Chris Olsen, to talk about Somerville, Jumpship, and Xbox Game Pass, as well as what it’s like to keep some surprises for later.

The Escapist: Talk to me about Jumpship. How has the team prepared itself to tell Somerville’s story?

Chris Olsen: In a nutshell we have prepared by hiring the right people and allowing them to do what they’re good at.
Jumpship was founded around this bedroom project of mine dating back to 2014. I think my first TIGSource post was early 2015, so it’s been a journey. When you’re working on your own there’s this tremendous sense of agency. I want something in, I just make it — if I don’t know how to do something, I’ll learn how. The hardest learning curve for me and the team was around creating a process that makes the most of the people we have hired. I had to surrender so much of this agency to the benefit of the project. To add to this, we have been working at home since the beginning of 2020, which has forced us to adapt our processes to maintain communication and vision.
We’re in a flow now as a team, and the investment in sorting out our process is paying off as we get closer to the finish line.

Can you summarize Somerville in terms of story and gameplay without digging into spoilers?

Chris Olsen: I try to let the game and the trailers do the talking, but it seems in the games industry everyone is always hungry for info or impatiently jumping to conclusions, which can be a bit frustrating for me. I really like coming at an experience in any art form completely blind. You want to say, “Can’t you just revel in the mystery and treat it as something you have no idea about?”
I can say a few things though. It’s not a 2D game. We have full 3D movement. I’m not really interested in platforming, so don’t expect too much of that. I also want to tell a story that many can experience, so the barrier of entry in terms of its mechanical and puzzle difficulty is on the low end. I don’t want to punish people with challenge when they’re emotionally invested in the story. I just beg of players to come at the game with an open mind and leave as much of your expectations at the door, and you will be rewarded with something unique (I hope). Rest assured we will be revealing more info when it’s ready to show, so just be patient with us. 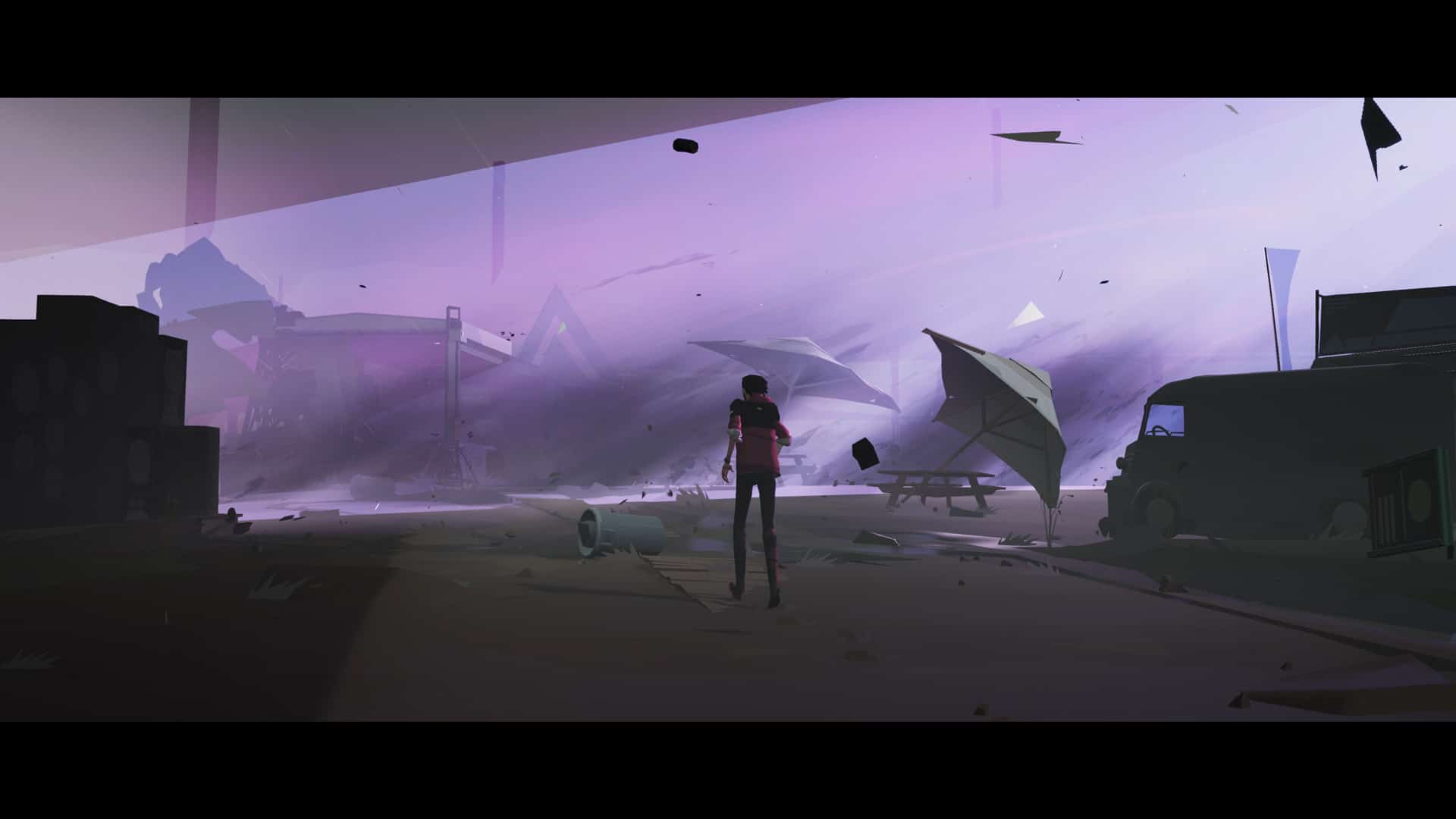 Why did you choose to set the game in England?

Chris Olsen: Again, don’t want to get too specific, but almost every location in the game is based on somewhere I have spent a significant time at in the UK.
The reasoning behind this is purely to draw on what I know. The location and time inform so much of my thought process as to whether a beat fits contextually; an alien invasion in Manchester is an entirely different affair than in Devon, and the more you know about an area, the more you can be authentic in a given event happening in your story. We obviously take liberties with geography where we see a benefit to the game, but it’s normally an exception. There’s also not enough games drawing on the UK in a way that doesn’t seem cliche. I often wonder why there aren’t more games from UK studios that aren’t set in the UK. Maybe I’m just ignorant; Chinese Room’s Everybody’s Gone to the Rapture was probably the most authentically English game I’ve played. In short, the UK is just interesting to me. Plus, I’m lazy and didn’t want to research anywhere else. 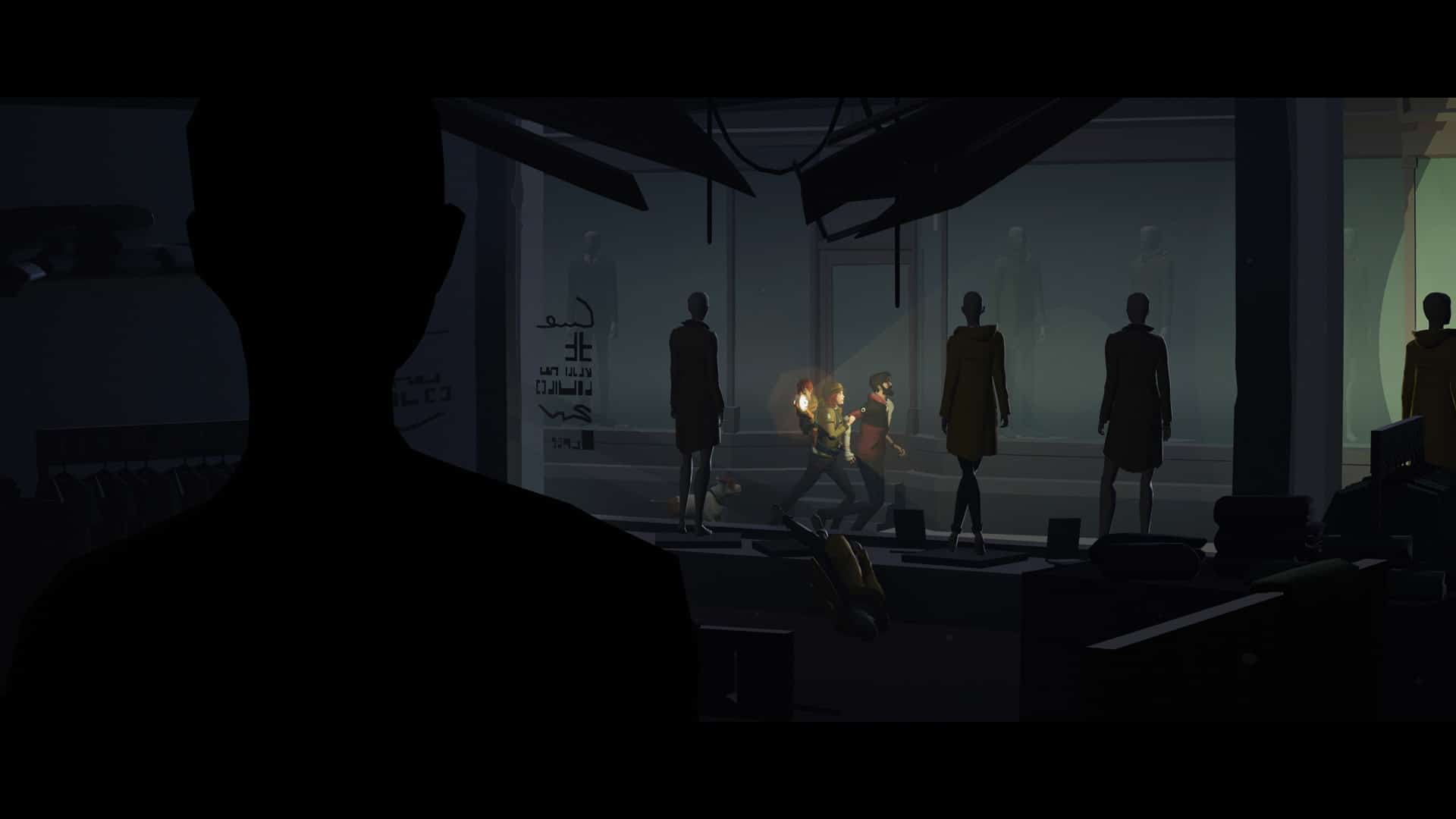 Do you consider the game to be more of a horror experience, geared more toward action, or something else? I’d definitely like to hear how Somerville falls into its own specific category.

Chris Olsen: I struggle to describe what it is as an experience or genre, and I get happier the harder it is to describe. I can tell you what it’s not — it’s not an action game, you aren’t shooting guns and racking up a body count. You won’t be stuck on a puzzle for days. You’ll be fearful or stressed but not “P.T.” petrified. It’s really about taking in the atmosphere of the world, trying to get a handle on the mysterious narrative threads and connecting with some universal themes.

Can you talk to me about some of the inspirations behind Somerville? It looks like sci-fi such as War of the Worlds might have played a part, so I’m interested in how properties like that have helped build the gameplay, world, and story.

Chris Olsen: War of the Worlds, specifically Jeff Wayne’s musical, is a massive influence. I grew up listening to it on loop whilst browsing through my dad’s LP, which had the most amazing artwork. I was obsessed, drawing for months at a time, expanding on the universe, their biology, ship designs. Pretty sure my mum still has my drawings locked up somewhere.

My biggest gaming influence is probably Eric Chahi’s Another World or Out of this World in some territories. It blew my mind that the game refused to conform in genre and mechanics to any other game I played. You could jump but you aren’t always jumping, you could kick but only at this specific part, you could crawl but only when it made contextual sense. It was like the game had an aversion to repeating itself, which is something I long for. This aversion propagated across the entire game — here you’re rolling in air ducts, here you’re having a shootout, here you’re piloting a tank, dropping into a bathhouse, swinging on a rope, straddling a stalactite. It never felt like it looked at what the character controller “can” do in its systems and create an experience around it. It said, “Oh, here we need to do this, so let’s just make that work here and only here.” There was no evident “nuking” of mechanics; everything felt unique and driven by the narrative.
It’s this essence that I fight for in Somerville, the feeling that each moment is unique in its own way. 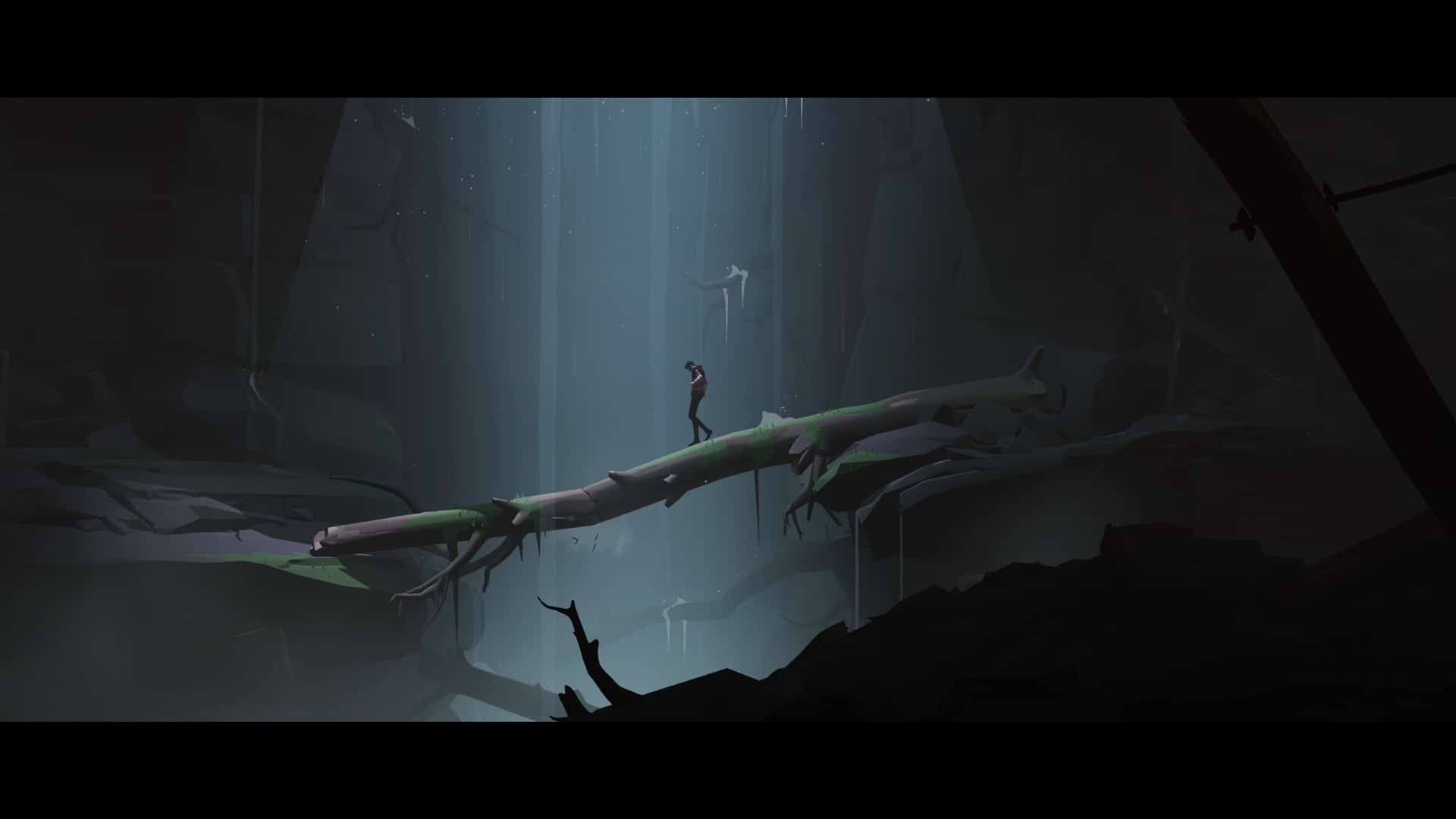 Our few looks at Somerville have seen many comparing the game to Playdead’s Limbo and Inside. There are obvious reasons for that, of course, but should fans expect Somerville to offer an experience like what is found in those games? If so, in what ways are they alike?

Chris Olsen: I’d say if people got to the end of our game and were still drawing those comparisons I’d be really surprised. The story, themes, the way in which we tell it, mechanics, how you navigate the world, are all different. I’ve given so much of my soul to this project over the past 7-8 years; for it to be constantly pulled into these comparisons makes me quite depressed as the whole reason I stopped working for film studios is I wanted to express myself and put out something that represents me.
I think a lot of the comparisons are being drawn due to (ex-CEO and co-founder of Playdead Dino Patti)’s connection, and yes, it has a moody atmosphere and desaturated palette, but we haven’t shown anything of the mechanics, so people are filling that void with their own conclusions. I know it’s par for the course as Dino brings such a fantastic legacy, but I just ask for people and press to try hard to clear their expectations. Yes, it’s easy to tie one game into another to get some understanding or to attract attention, but it hurts me a bit.

Why did Jumpship choose a 3D perspective for Somerville? How does that perspective impact the gameplay?

Chris Olsen: It gives us a lot more latitude in how we allow the player to progress and digest the game. I don’t have to plan out space linearly, you can move in depth, we can present things in depth.
It also allows me to tap into my love of cinematography and be more ambitious with our camera, which is my most comfortable area of expertise. 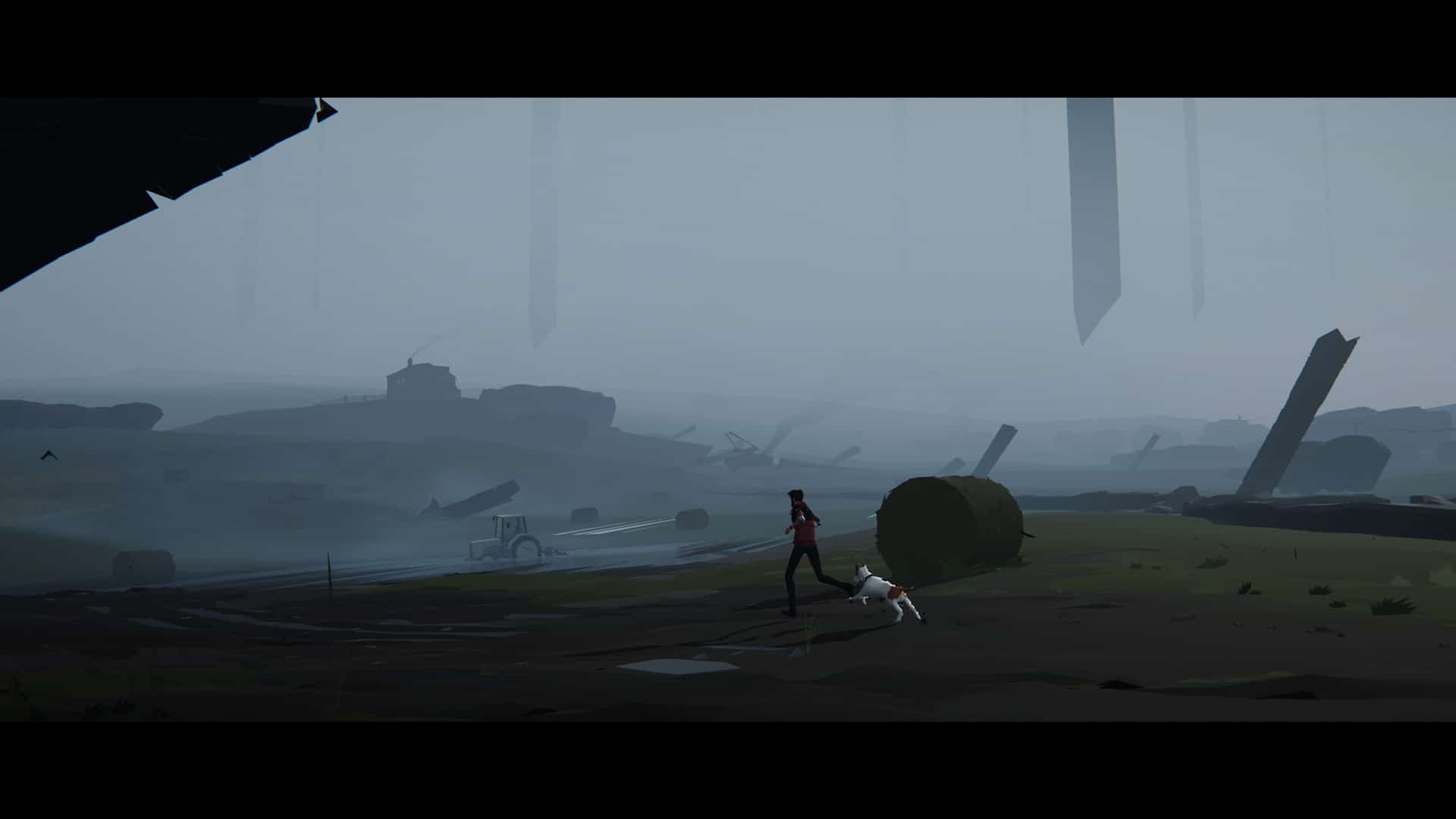 How has your partnership with Xbox aided in the game’s development? Do you have any thoughts on how Xbox Game Pass benefits single-player games?

Chris Olsen: They’ve been amazing, they’ve helped us every way they could. I can’t complain.
As far as Game Pass, its biggest strength, in my opinion, is how players of all types can dabble in games they never normally would. Even people that don’t play games but have PCs are going to be considering it; it’s a much easier pill to swallow than spending 600 quid on a console or 60 for a game. Because of this ease of access, I believe something like Game Pass could be a great force for change to shifting the misconceptions of the medium. We need more people playing strange and interesting games so that the art form isn’t just known for violence and addiction by the public. It could be a space that creators of all walks of life would deem as a viable means of expression. Probably naive of me but one can hope.

Now, I know I said no spoilers, but can we pet the dog?
Chris Olsen: I think all game dogs need to be petted, don’t they?

Do you have any additional thoughts to leave our readers with?
Chris Olsen: Thank you for reading.

I can't wait for this game
Reactions: Kuranghi
J

Oh shit I thought this would come to PS. Interest dropped.
Reactions: BennyBlanco

Curious about Somerville. I really liked games like Flashback and Another World back in the days...
Last edited: Aug 23, 2021

This gives off strong Inside-vibes which is a great thing in my book.

Love the art style. Wonder if it will be on gamepass.

BennyBlanco said:
Love the art style. Wonder if it will be on gamepass.
Click to expand...

day one gamepass, it's in the trailer.

Bartski said:
day one gamepass, it's in the trailer.
Click to expand...