Sonic the Hedgehog is Getting Its Own Cereal 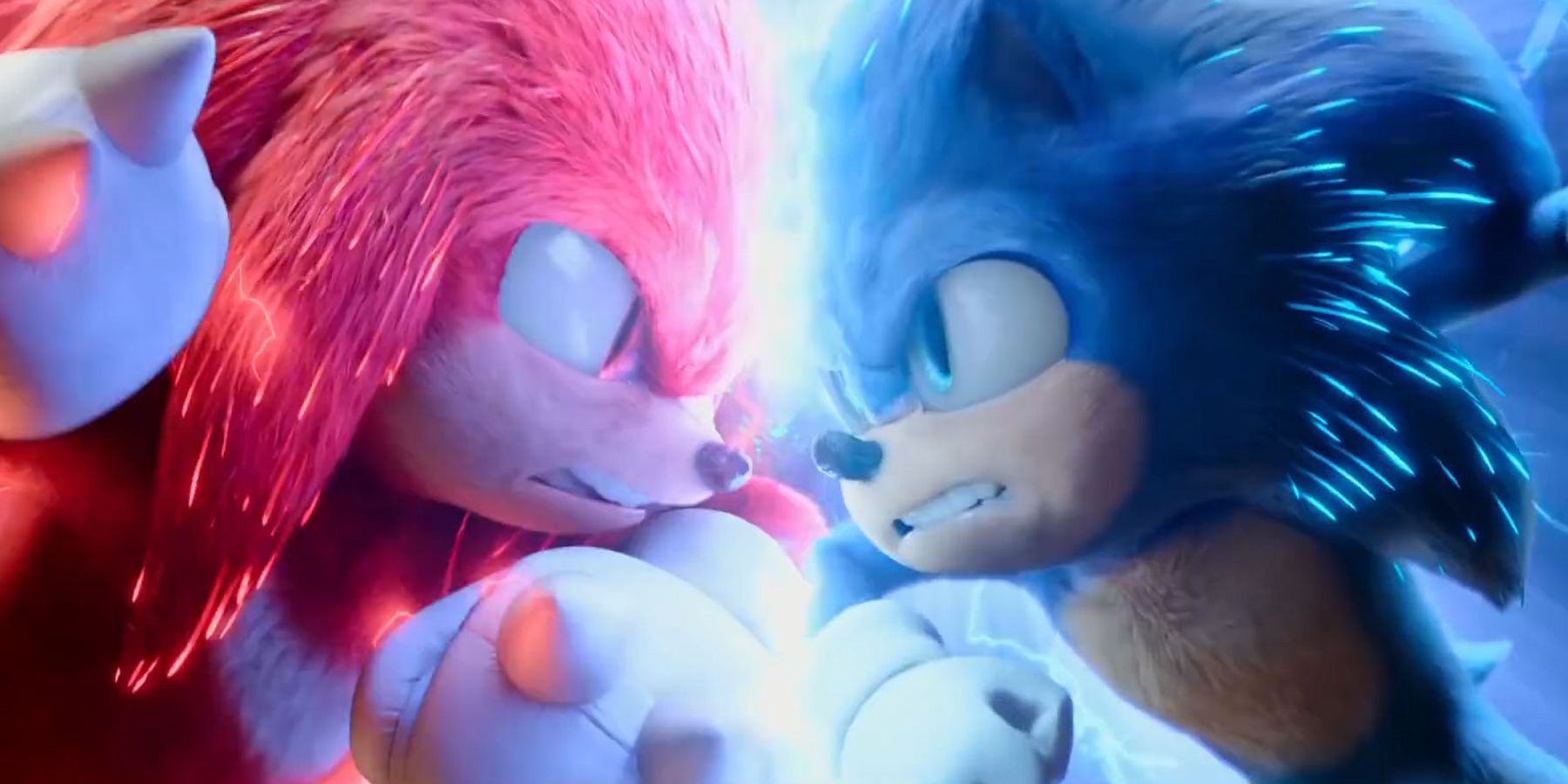 Sonic the Hedgehog is Getting Its Own Cereal

Sega of America and General Mills announce the new Sonic the Hedgehog cereal and fruit snacks as a limited-edition tie-in to the upcoming film.

Sega and General Mills partnering to bring the blue hedgehog to breakfast tables across America. The companies have also announced a new line of Sonic the Hedgehog fruit snacks.

The Sonic the Hedgehog tie-in product consists of honey-flavored rings with Chao emerald and “spin dash” marshmallows. The latter looks more like slightly wonky blue stars than a spinning hedgehog, though they get the point across. General Mills also shared an image of what the front of the box looks like, and its press release noting the cereal comes with a Sonic-themed back-of-the-box activity. However, the Minnesota-based food company didn’t offer much information about the Sonic the Hedgehog fruit snacks, other than saying it comes in multiple shapes and flavors inspired by the games and movies.

Sega and General Mills announced the new Sonic The Hedgehog cereal in a press release on Tuesday. It and the fruit snacks are special-edition products promoting the upcoming film Sonic the Hedgehog 2, which hits theaters on April 8th. This likely also means that the Sonic snacks and cereal may only be available for a limited time. Therefore, any Sonic fan who really wants to snack on ring and chaos emeralds will have to move quickly. The press release did not indicate when either product will arrive in stores, but it’s likely to be very soon.

“Our goal is to create holistic brand experiences for our consumers, and we’re so excited to be able to join Sega to extend the ways that families can engage with the beloved Sonic the Hedgehog this spring,” said General Mills executive Katie Wong. “By bringing Sonic into the cereal and fruit snacks aisles, we’re able to bring together favorites of both kids and parents, alike,” she added. Michael Cisneros, Sega of America’s Senior Manager of Licensing, also expressed his excitement about Sega’s General Mills Partnership, citing the food brand’s immense prestige within the cereal market. 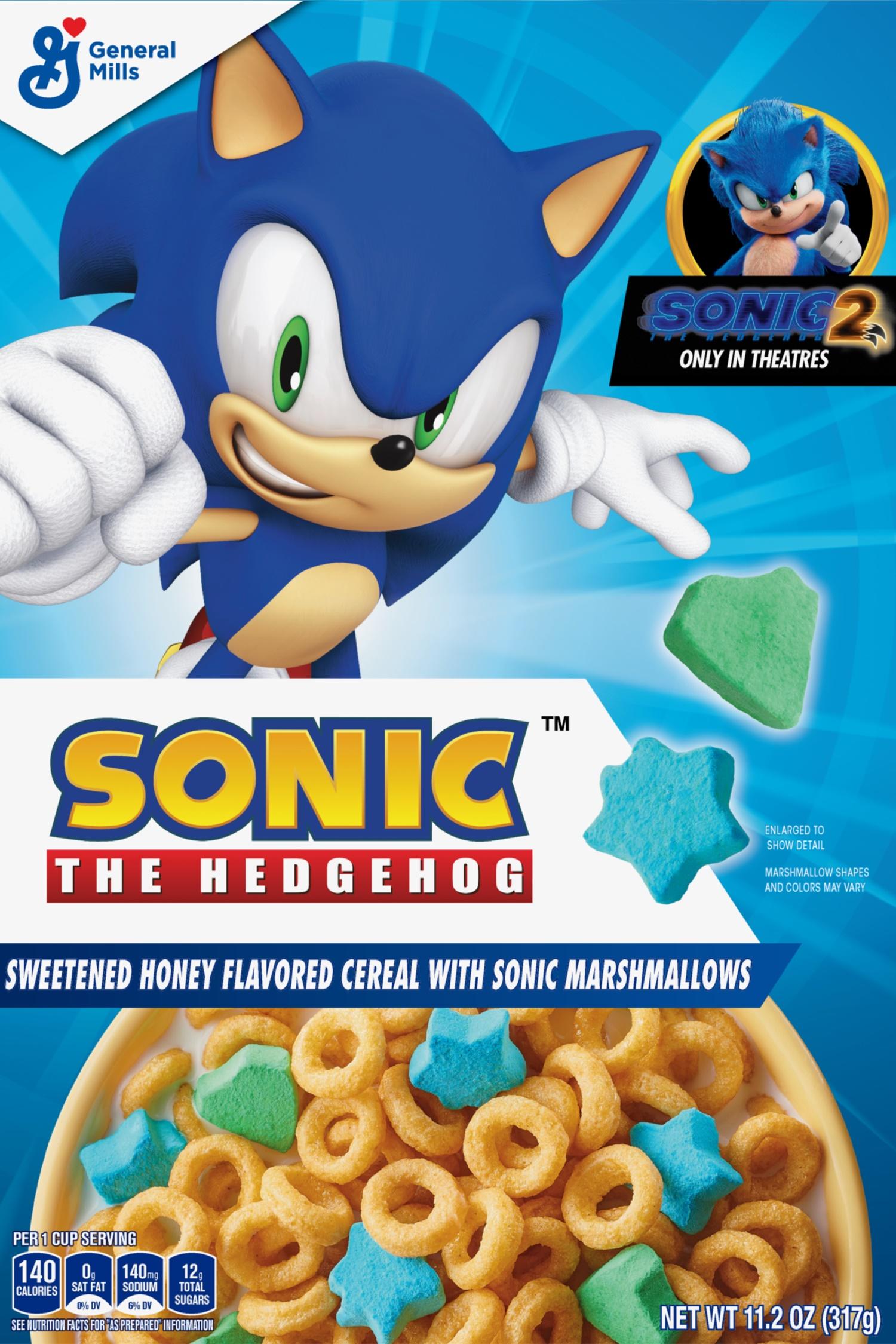 Dr Robotnik cereal would have been more fun
J

Artoris said:
Dr Robotnik cereal would have been more fun
Click to expand...

and a horrible marketing choice

But does it come with a toy? Asking for my kids.

I don't have kids

They should make a game. I think this movie is great.

Imagine sonic the hedgehog the movie the game of the movie character. Who was in some games.

Not quite. However bringing back this could fix easily that.

Why didn't they make cereal with onion rings taste?

Lost opportunity to use "Sonic Cycle" to talk about vitamins.

So when did Sonic start getting stars? I get the green emerald but... stars?!

It’s made to give you diarrhea.. gotta GO fast! 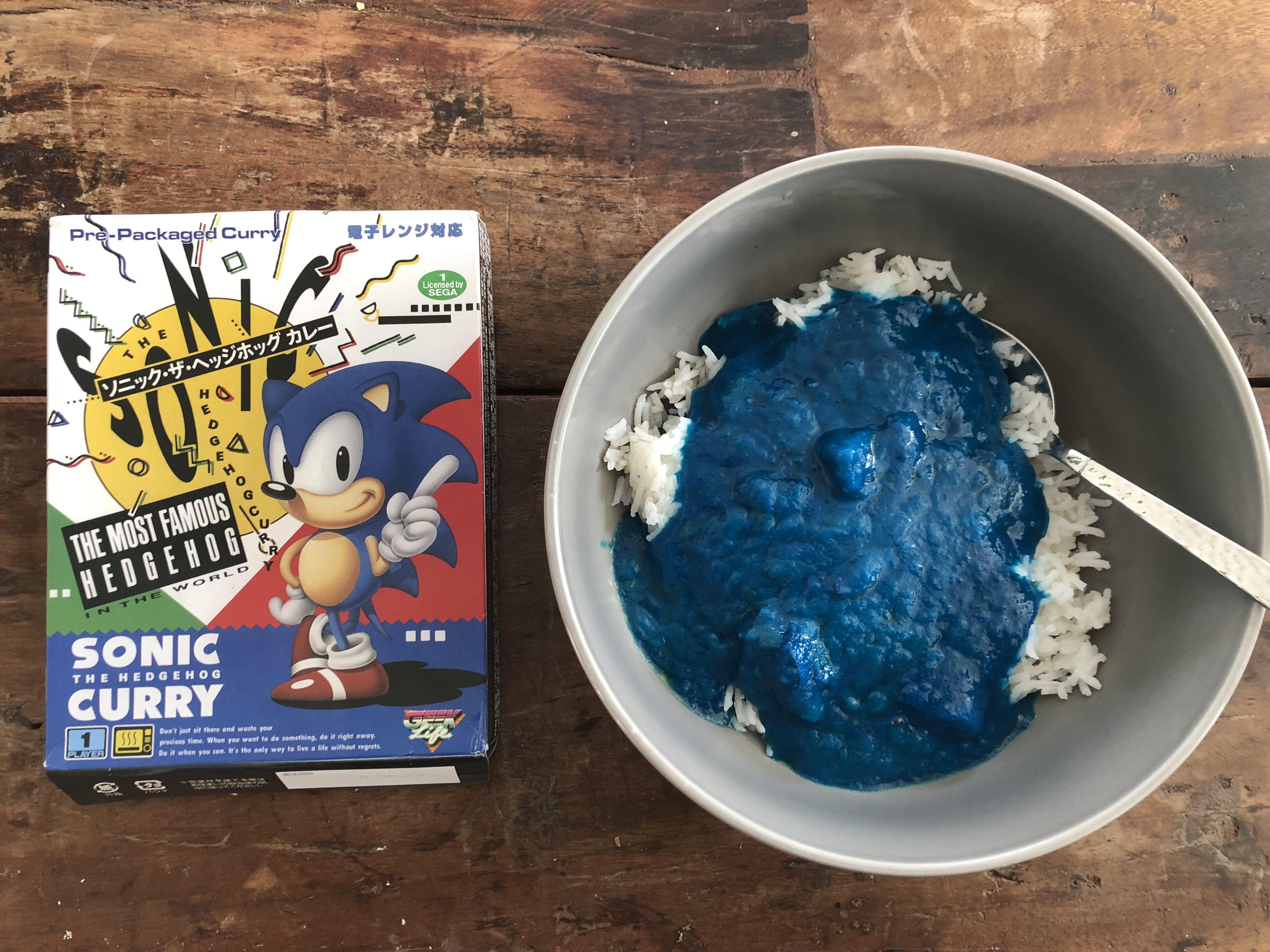 So that's what Jeff Grub was hinting at... The brand that can make your butt pee at the speed of sound.

Sonic Lucky Charms? Want. Can't get that shit here anymore, it's £10 a box on Amazon.

Looks better that that Funko Pop blue rings cereal we got a few years back.

They put two different Sonics in the box. Someone give an oscar to the PR departament.
K

I remember seeing Mario and zelda cereals next to the tmnt cereal at an ocean state job lot in the 90s.

By this point the Nintendo cereals hadn't been made for at least 3 years. Even as a 10 year old I knew those were no burno

When can I see this on the shelves? My son will want this.

Lucky charms rip off is the right way to go with Sonic.

My son was given a whole bag of dried marshmallows. So you can just add those to this to get the balance right.

Synless said:
When can I see this on the shelves? My son will want this.
Click to expand...

My son does too.

People want to love Sonic so badly. Young kids love Sonic. Even though Sega seems to fail at every turn... He's somehow still a cool relevant media character to kids. 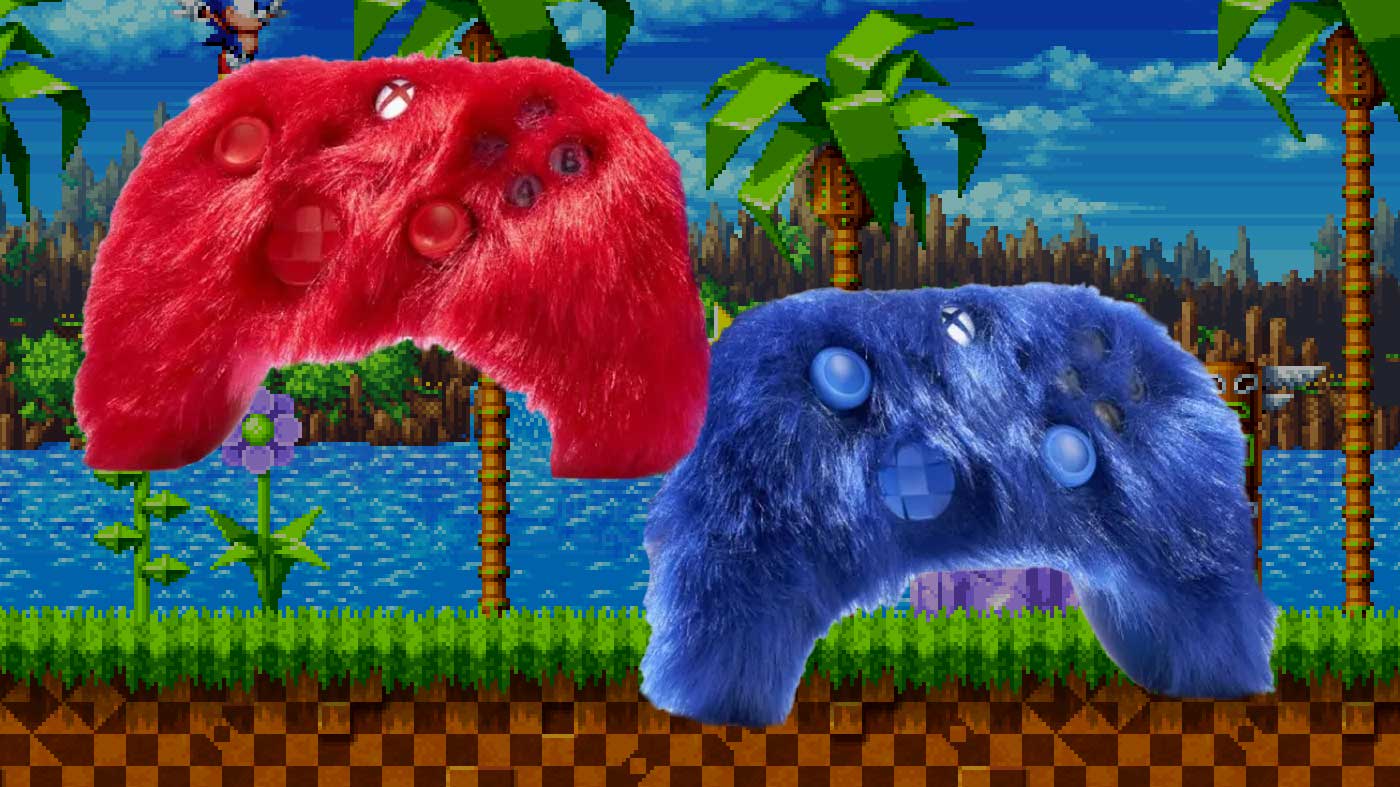 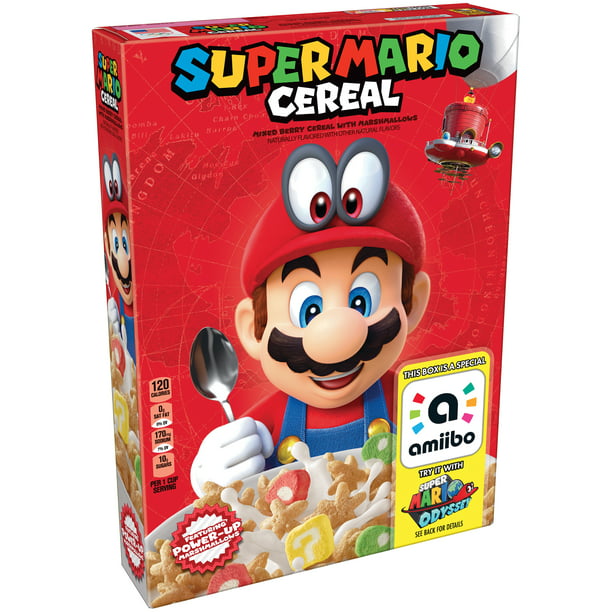 I got this for the amiibo.

I would love to try them...actually I would like to try a lot of american cereals at least once...the one they sell here are pretty basics and zero marshmellows which, obviously, should be good but, you know...just to try one time

honey and marshmellows? looks cool, i want some.

Didn't there used to be a Sonic cereal back in the 90s too? I vaguely remember seeing it in the supermarket

Edit: On second thought I might be confusing it with something else
Last edited: Mar 31, 2022 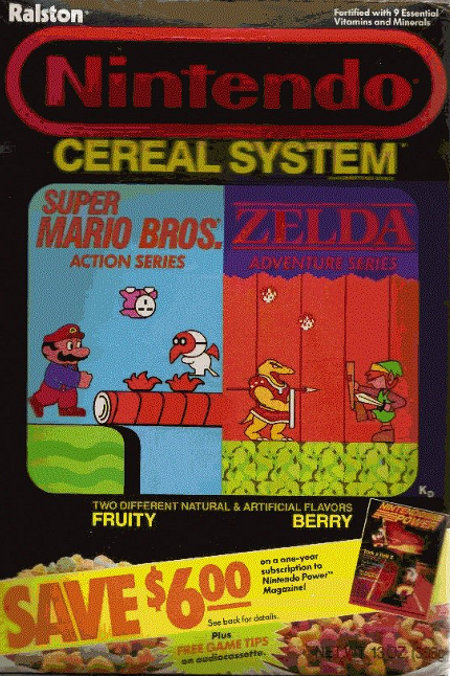 Bring this back Nintendo!!!!
C

AJUMP23 said:
I got this for the amiibo.
Click to expand...

I have to ask, what was it? Was it a doppelganger for an already existing one or something new?

I membah
You must log in or register to reply here.

alabtrosMyster replied
Jan 16, 2020
Disco Elysium is Getting a TV Show | Will be Developed by Sonic the Hedgehog Movie Producer