Andrew House has confirmed to the Financial Times that a PlayStation 4 Neo is in development. He also says it won't be shown at E3, and they're not announcing a release date or price yet.
http://www.ft.com/intl/cms/s/0/aca45ff2-2ea0-11e6-bf8d-26294ad519fc.html#axzz4BAsObibW

Andrew House, president and global chief executive of Sony Interactive Entertainment, told the Financial Times that the &#8220;high-end PS4&#8221; would be more expensive than the current $350 version.

The new console, which is codenamed &#8220;Neo&#8221;, will target hardcore gamers, he said, as well as consumers with a 4K television set looking for more high-resolution content.
Click to expand...

However, in a move that may disappoint some fans, Mr House said that Sony would not be unveiling its new console next week and refused to say when or at what price the unit would go on sale. &#8220;We want to ensure we have a full range of the best experiences on the new system that we can showcase in their entirety,&#8221; he said.

Nonetheless, he downplayed concerns that the move would cause interoperability problems between the old and new PS4 hardware.

&#8220;All games will support the standard PS4 and we anticipate all or a very large majority of games will also support the high-end PS4,&#8221; he said.
Click to expand...

Gamasutra had a bit more from the article: http://www.gamasutra.com/view/news/...tion_Neo_rumors_but_console_wont_be_at_E3.php

According to House, Sony wants to ensure there are enough games and experiences that can showcase the Neo&#8217;s improved functionality before officially unveiling it to the public, which is why it won&#8217;t be revealed at E3.

Speaking more broadly about consumer reaction, House believes buyers have become used to frequent, and often costly, upgrades thanks in part to the emergence of high-end smartphones.

"We want to ensure we have a full range of the best experiences on the new system that we can showcase in their entirety," continued the Sony Interactive Entertainment president.

"The consumer is attuned to a different cadence of innovation in technology thanks in great part for the upgrades cadence on mobile phones or PCs."
Click to expand...

Meh. Not feeling this.
G

Best thing to do is keep it low-key, I think.
N

Gamescom it is then.
K

Well there it is!
G

Well that's...disappointing. Not at E3.
B

So no Neo at E3. Was expecting it to miss it.
B

Thomper said:
Andrew House has confirmed to the Financial Times that a PlayStation 4 Neo is in development. He also says it won't be shown at E3, and they're not announcing a release date or price yet.
http://www.ft.com/intl/cms/s/0/aca45ff2-2ea0-11e6-bf8d-26294ad519fc.html#axzz4BAsObibW
Click to expand...

Not announcjing at E3? But I thought it is releasing this year?
B 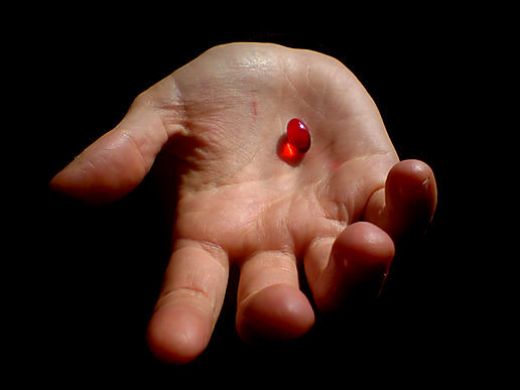 There it is.
M

bluff ahead of the MS press conference? Or are both sides going to keep their powder dry for as long as possible?
J

Or out this year I guess.

I am okay with this.
H

Wasn't there a rumor like a month ago that it would be revealed at TGS?
D

Napalm_Frank said:
Gamescom it is then.
Click to expand...

Probably Gamescom or TGS with a close release date, I would guess.
R

He also says it won't be shown at E3, and they're not announcing a release date or price yet.
Click to expand...

Quote for that? Can't access the article due to a paywall.

Bummer it's not there. Would've loved to see it.
J

mrklaw said:
bluff ahead of the MS press conference? Or are both sides going to keep their powder dry for as long as possible?
Click to expand...

Someone earlier (possibly insider?) posted that E3 message is PS4/PSVR, and the Xmas product is PSVR, which is why Neo's not being pushed now.

Made perfect sense even if it's not true.
G

I guess they want to pre-emptively defuse any disappointment of it not being at E3.

But now...when is it coming? Not this year afterall? Or a late-year reveal and prompt release?
Z

Expected that it wouldn't be at E3. If it releases at the end of the year, they'll wait for something like gamescom or TGS since they don't want the sales of the normal PS4 to tank over a long period of time.
J

Paris Game week then...
I

bobbytkc said:
Not announcjing at E3? But I thought it is releasing this year?
Click to expand...

Even if it is, it makes sense to announce it as close to its release as possible so it doesn't affect sales of the PS4.
P

Unless MS brings the goods were having an E3 where no hardware is revealed despite expecting at least 2 of them. How disappointing.
H

If it's launching in October like it's rumored, this makes total sense.
L

well,that's a good start for E3.

Glad we got that out of the way before E3!
T

This is your chance, Phil!


We're not getting any hardware at E3, are we?
M

All games will support the standard PS4 and we anticipate all or a very large majority of games will also support the high-end PS4, he said.
Click to expand...

No shit sherlock, you made it mandatory for devs lol
S

KingBroly said:
Well that's...disappointing. Not at E3.
Click to expand...

I think it's good. We know it's coming. No need to talk about it until it's a month or two out. They said what we expected. Both will sell through the rest of the gen. Buy the high end of you want a bit of a boost or go with the current which will be cheaper.

There's no special games for it, features, etc.

There was always a good chance it wouldn't be at E3 but still disappointed.
N

Triggerhappytel said:
Probably Gamescom or TGS with a close release date, I would guess.
Click to expand...

I'm feeling GC since they have announced hardware revisions there before, I imagine NEO to be aimed more at the western market and TGS would be cutting very close if it's released around October.

Of course it's also possible they announce it outside of any event.
T

They are probably delaying it to combat Scorpio. Classic PS4 is still selling well so need to rush
K

Killer Queen said:
So no 2016 launch which is fine with me.
Click to expand...

Why ? You can announce a HW and sell it shortly after.

Edit: E3 should always be about games IMO.
B

So no PS4 Neo and no NX at E3.
Any chance MS will reveal Scorpio?
S

So they are not going to phase out the current ps4 so that is good. Keep one for the price conscious and another for the enthusiast.

Finally they speak. This makes me believe it is coming this year, they just want to wait close to launch to show/fully announce it.
V

Triggerhappytel said:
Probably Gamescom or TGS with a close release date, I would guess.
Click to expand...

As predicted
by me
F

I'm here waiting for the same backslash Nintendo got for not revealing NX at E3.


That basically confirms it will not be out this year, right?
You must log in or register to reply here.

Aug 20, 2021 started Bullet Club
Aug 21, 2021
SantaC
2
Opinion Sony's VR commitment must be about software, not hardware; will Sony's interest go far enough for them to commit its most treasured IPs to the medium?