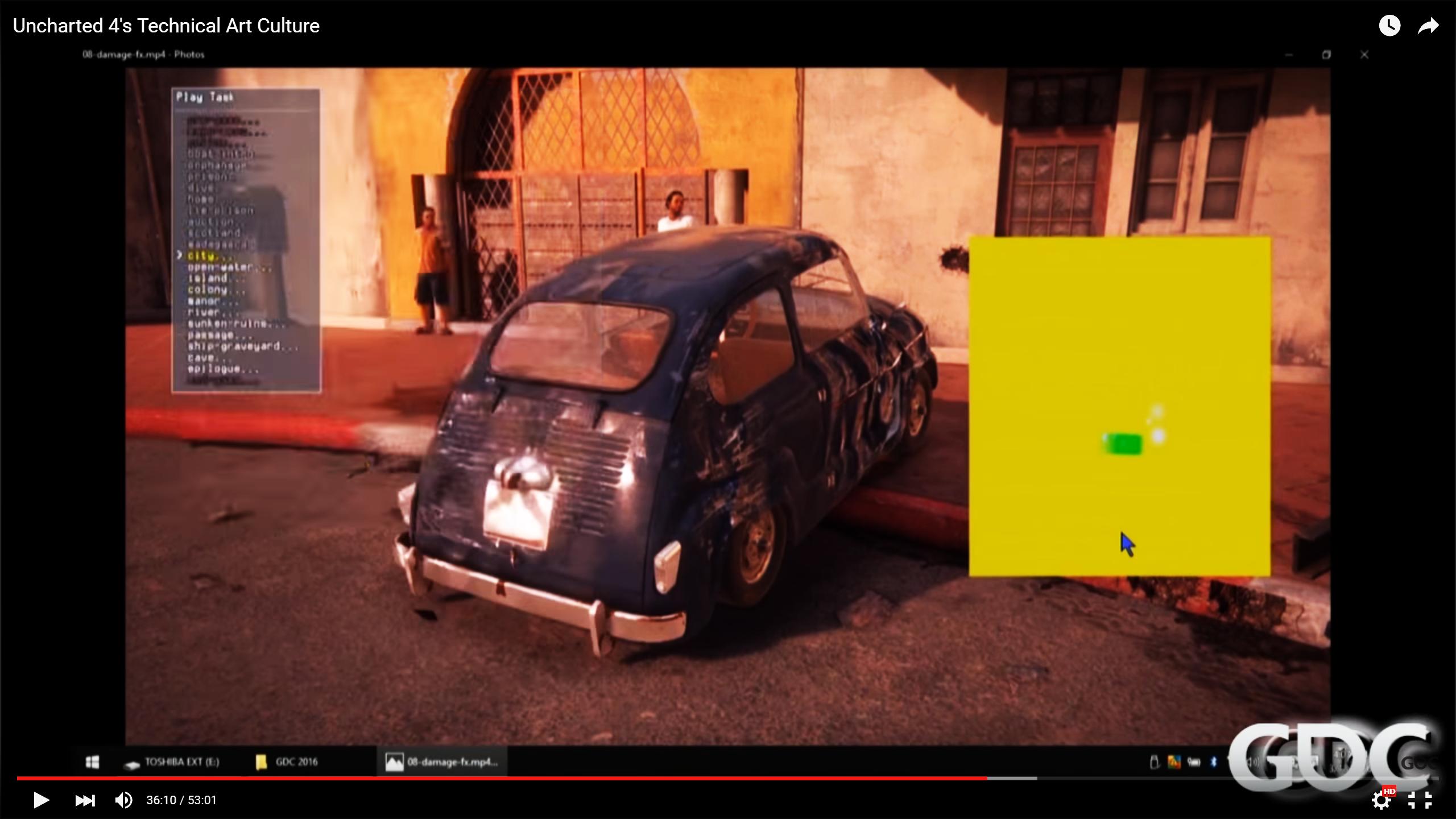 Keep in mind that the level codenames likely don't match the names or amount of chapters. The video was showing off the E3 Demo (although the build-date is unknown), so the level list may have been changed for the final game.

Exactly my reaction, lol.
A

Jesus Christ, we still have almost a month to go.
I

I'm typing this post with my eyes closed. NOPE

time to go on blackout

So, people are coming in a spoiler/leak thread to say they won't read it? Ok.
Sounds like
a good progression in terms of tones/narrative
.
T

7.8 too much water levels
N

Ah, these level names sound sensible. Without context, they are meaningless, but if they're all the size of Madagascar or around, I think there's some excitement to be had.
D

So we gonna kick the game off as Avery then?
D

Eolz said:
So, people are coming in a spoiler/leak thread to say they won't read it? Ok..
Click to expand...

I don't get why you would come in to a spoiler thread just to say you don't want to get spoiled.
A

Tambini said:
7.8 too much water levels
Click to expand... 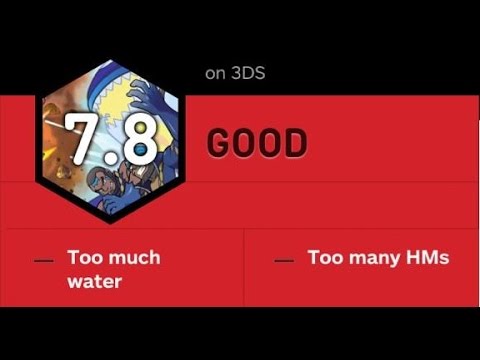 Leaking levels before a multiplayer blowout. So stupid...
S

Who would've guessed the final locaton was the Moon! Can't wait for Drake to shoot some lunar thugs and get moon treasure!

Posting without reading because I too like to live dangerously.
M

Tambini said:
7.8 too much water levels
Click to expand...

Holy shit Uncharted 4 going to space?!?! Wonder how they'll pull that off.

Boy I'm not going to make the same mistake I did with the last of us. One look at the title of the final level was almost enough for me to piece out the whole plot of TLOU -_-
C

this is hard man

Also the last level likely reassures us that the ending won't be rushed. Hopefully.
M

I've already predicted how the game ends. And honestly it's the only way it should in my opinion.


Nate locking himself in a tomb to seal away a secret/key/map to a deadly treasure, much like those who came before him in the previous games, namely, Sir Francis Drake.
But I still don't want to read how we get there...
V

S&M dungeon is an interesting location for a finale...

must resist
MUST RESIST
J

This is something that really doesn't spoil much for me, but nope...

I've seen/known enough. Release is almost there, so I can live without any more exposition.
G

I think this thread serves no one except now I know some people try to spoil the levels. I wish Hide Threads script would work.
B

Watching it now and lmao he called out GAF
N

I don't really feel spoiled by this. The names are generic enough to not have much meaning.
O

The thought of people coming into a thread with SPOILER in the title just to say they don't want spoilers is so dumb.

They should just push forward the release date now.
Game is gold and will probably leak a week or two in advance in Middle East like always.

Wow!
im not clicking on those spoliers
P

So, the watch actually works.
K


I mean, I've been waiting for years, I think I can wait a few more weeks
T

The trailers gave us glimpses of most of the levels, so I don't really feel spoiled by this.
N

Definitely not an STD, as I'm a pure.

AKyemeni said:
Leaking levels before a multiplayer blowout. So stupid...
Click to expand...

So that gives us a great idea how all of the bits of of the game we've seen so far tie together.


Boat Intro - No idea, maybe a flashback intro similar to Uncharted 2, the shipwreck as they land on the island they spend the early game searching for? If not, it could be the PSX 2015 demo, which features a boat fairly prominently and clearly Nathan works in the docks.

Orphanage - This will clearly be the flashback section we've seen

Prison - If the 'Boat Intro' is the PSX 2015 demo, then this will be a flashback. Either how Sam 'killed a guard' (could have been a prison guard) that LED to him going to prison. Or more likely a snapshot of his time in prison.

Dive - I assume this means 'dive', like a scummy bar. Some exposition. No doubt Sam explains how he needs Drake's help. Could also be a flashback if the PSX 2015 demo is part of 'Home'

Home - I am guessing this is the section we've seen with Elena, (possibly encompassing the PSX 2015 demo too). Elena is going to be lied to about a job in Malaysia and Sam and Drake will be planning to go.

??? Prison - Maybe a flashback to Sam's time in prison. But in the PSX 2015 demo he also says he needs help, so it's more than possible he needs some help tying up some loose ends having just got out of prison

Auction - This is when they first bump into Nadine Ross as seen in the Nadine Ross reveal and associated footage, clearly they are looking for something Sam has some info about, and they're trying to steal it, but Nadine's also looking to acquire it as she says "give me the artifact".

Scotland - We've seen this in the story trailer. Thought it'd be more of an end-game location, but it looks great. Presumably the artifact they stole allows them some knowledge in Scotland, that leads them to...

Madagascar - So they start out exploring the 'Twelve Towers' we've seen in the most recent demo. What they discover there is probably what points them to their next step in finding Libertalia. At some point though Sam gets separated from Drake and Sully, possibly because of Rafe/Nadine's troops?

City - The city, I'd presume is the jeep chase from the E3 2015 demo. They end up hooking up with Sam again, and Elena crashes the party. I would also guess that Elena only shows up here momentarily, to scold Nate.

Open Water - This is the section we've seen in trailers where they are on a boat in the middle of nowhere, trying to track down Libertalia. At some point they are ship wrecked.

Island - This starts with Nate waking up on the shore as seen in the first ever teaser at E3 2014, and then continues onto the vertical slice we saw at PSX 2014. Nate explores the island, bumps into some mercs and then finds Sam. Camera pans up to show...

Colony - We've seen the snippet of them discovering the 'Colony' in the trailer.

After this, I'd argue we know nothing more. We may have seen snippets in trailers. Ship graveyard specifically makes me think of the underwater clip we've seen, but you never know.

MoonsaultSlayer said:
I've already predicted how the game ends. And honestly it's the only way it should in my opinion.


Nate locking himself in a tomb to seal away a secret/key/map to a deadly treasure, much like those who came before him in the previous games, namely, Sir Francis Drake.
But I still don't want to read how we get there...
Click to expand...

And yet another way Neil Druckmann can subvert expectations. Nate never dies.... But he may never be seen again. And yeah, brilliant parallel between him and Drake. This is definitely how it's gonna end.
You must log in or register to reply here.