I had fun as Kimberly. I don’t know what to think of the Ryu and Luke matchup. Feels like the Ryu player needs to be spot on otherwise Luke is just constantly in his face. I didn’t win anything but a match or two, but that’s all part of the game.

mekes said:
Everything is working great, the beta is running perfect for me. I will never forget SF5 beta!!

That being said, I quite enjoyed 5 when I first played it. My first experiences with this are very different. I don’t really like it.

And I live, breathe and shit Street Fighter.
Click to expand...

This is how you get matches with other players quicker, right?

Shouldn't have waited a day to quote me. Because after another 24 hours I think the game absolutely sucks! It's only been a little over 30 minutes since it ended and I already miss it.
May post some general thoughts on it tomorrow. Or maybe not lol.

mekes said:
Shouldn't have waited a day to quote me. Because after another 24 hours I think the game absolutely sucks!
Click to expand...

I absolutely hate the default control type being Modern. It's such a cumbersome process to change and if you forget to set it before a match, if you switch characters, you're screwed until the next match. Other than that and a couple of crashes I've enjoyed my time with the beta. I usually go to a less crowded server to practice on since people tend to not bother you for a match since they seem to be doing the same thing and it helps since they closed off Training for now. My main takeaway is that I'm going to be playing the hell out of the Arcade Cabinet games once the full version is released. So far they've put up Final Fight, Magic Sword, and Super Street Fighter II Turbo (current game) with daily awards for those making it onto the leadership boards.

Seems like SF6 isn't running at 4K on PS5, at least for now. Surprising for a crossgen game, game still work in progress so we'll see how things will end up.

Still super excited for the game nonetheless, seems super solid and promising overall. Tho hope graphics wise it can hit the 4K 60 of PS5.

Man why didn't any of you beta players tell me about Ken's new theme?

Pejo said:
Man why didn't any of you beta players tell me about Ken's new theme?

Because it was out before Beta lol

Pejo said:
Man why didn't any of you beta players tell me about Ken's new theme?

Its not bad, but isn't that catchy either. Probably top above the others, which are very lame.

Saber said:
Its not bad, but isn't that catchy either. Probably top above the others, which are very lame.
Click to expand...

Different strokes I guess, but I love the way it blends bits of the original with new stuff with 80s synth sounds and some nice drops. Probably one of my favorite fighting game songs in a long while.

Good!! Glad Capcom find a way to delete SF6 Beta from PC, i mean wtf , when the game will be release day one you'll playing with somebody who played 5000 hours, it happened in SF5 it was totale fuck up, GG. 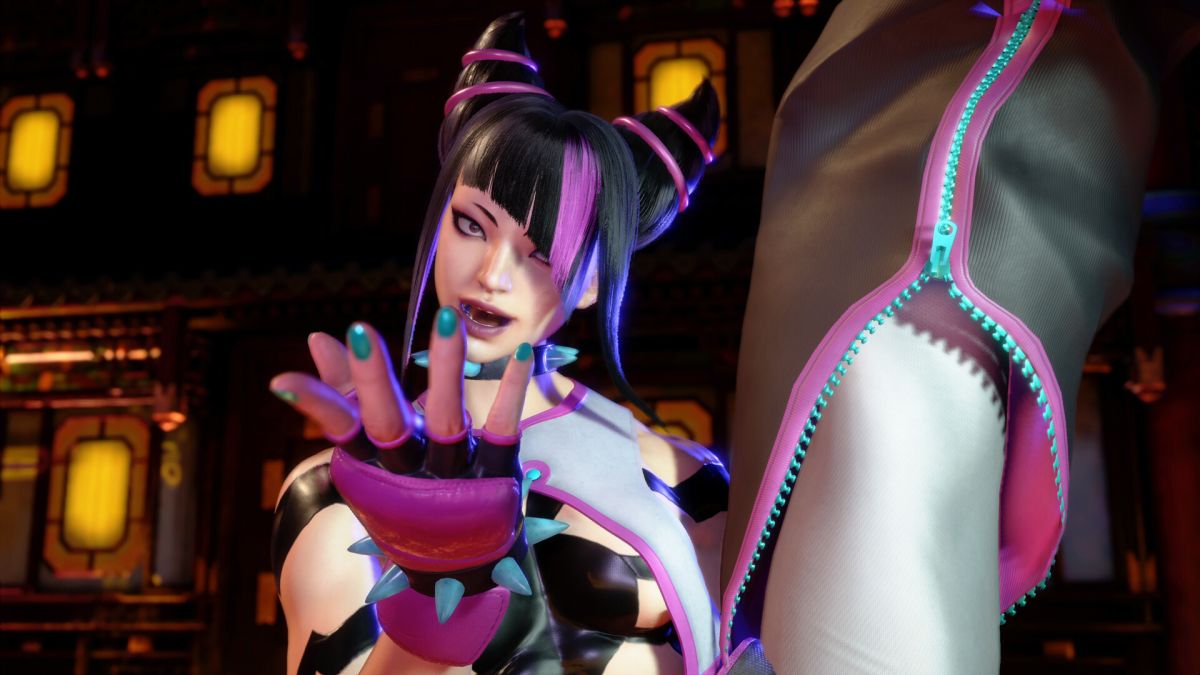 SSfox said:
Good!! Glad Capcom find a way to delete SF6 Beta from PC, i mean wtf , when the game will be release day one you'll playing with somebody who played 5000 hours, it happened in SF5 it was totale fuck up, GG.

Ive been playing the beta today although the server is slow and getting errors. Some of thing like regular matches and mini games haven't been working. So i've been mostly messing around in training.
Last edited: Oct 25, 2022

SSfox said:
Good!! Glad Capcom find a way to delete SF6 Beta from PC, i mean wtf , when the game will be release day one you'll playing with somebody who played 5000 hours, it happened in SF5 it was totale fuck up, GG.

This will happen anyway. The beta is cracked since Sunday. You can play offline now against cpu or player with all 6 characters.

Made possible by the same hacks that made the resident evil VR stuff happening. It's the same engine.

That said because of this I finally could try out the game and love it. Ken is my favorite right now.
A

The beta is back online if you have a PS5. Jump in before they close it.
A

FYI, try not to switch characters. I got booted out and it took a while to get back in. Not sure if matches are connecting, so it's only training mode. Also, you can't connect to a server manually anymore, which was how I did it before and would be in one by myself.

Wish somebody did in depth analysis of graphics, tech and Input lag.

Man, there are already a ton of mods out for SF6 just from the beta. Hopefully somebody fixes Chun's face (and eventually Blanka, he looked awful in this engine). 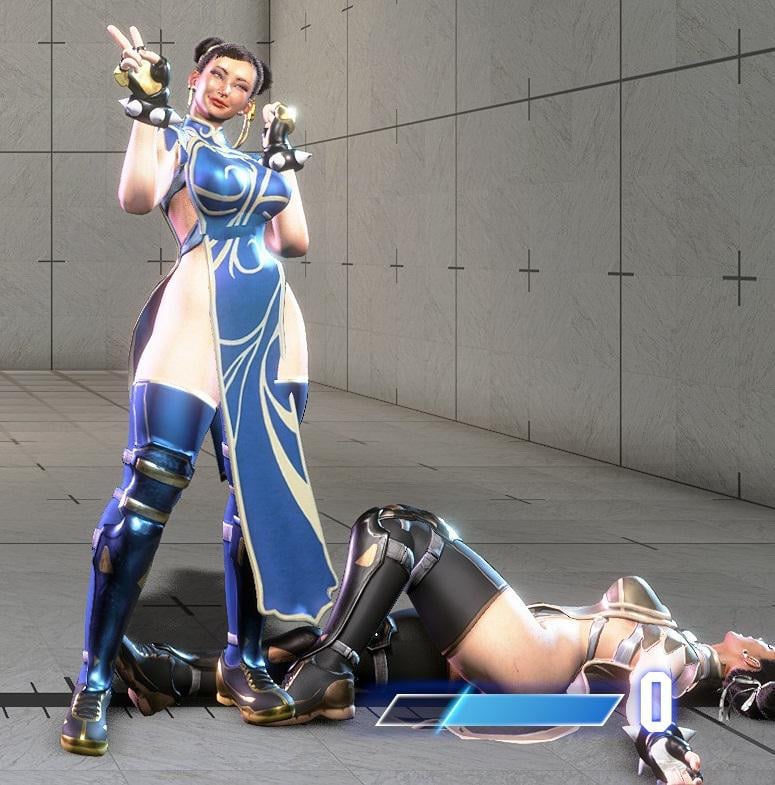 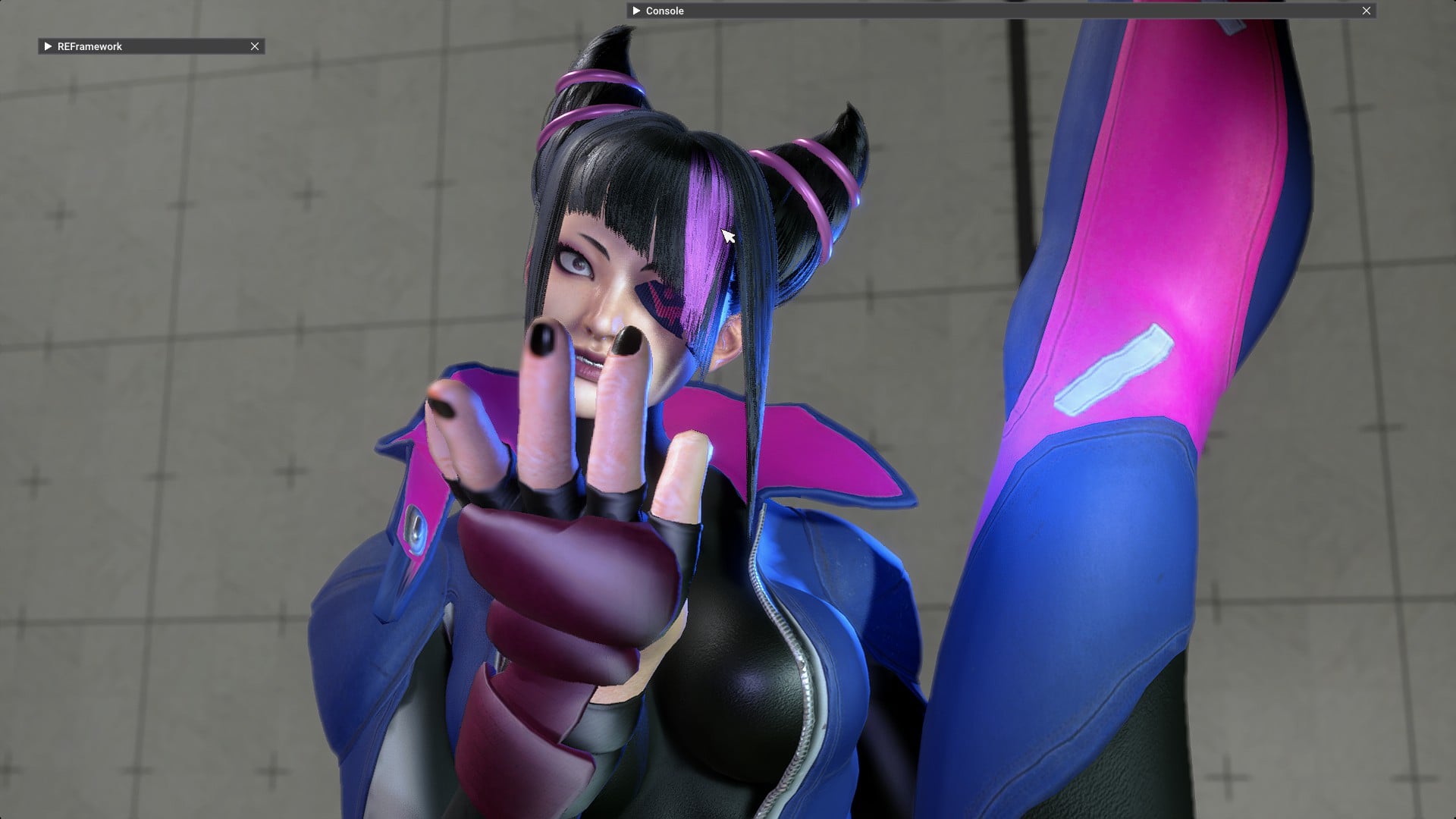 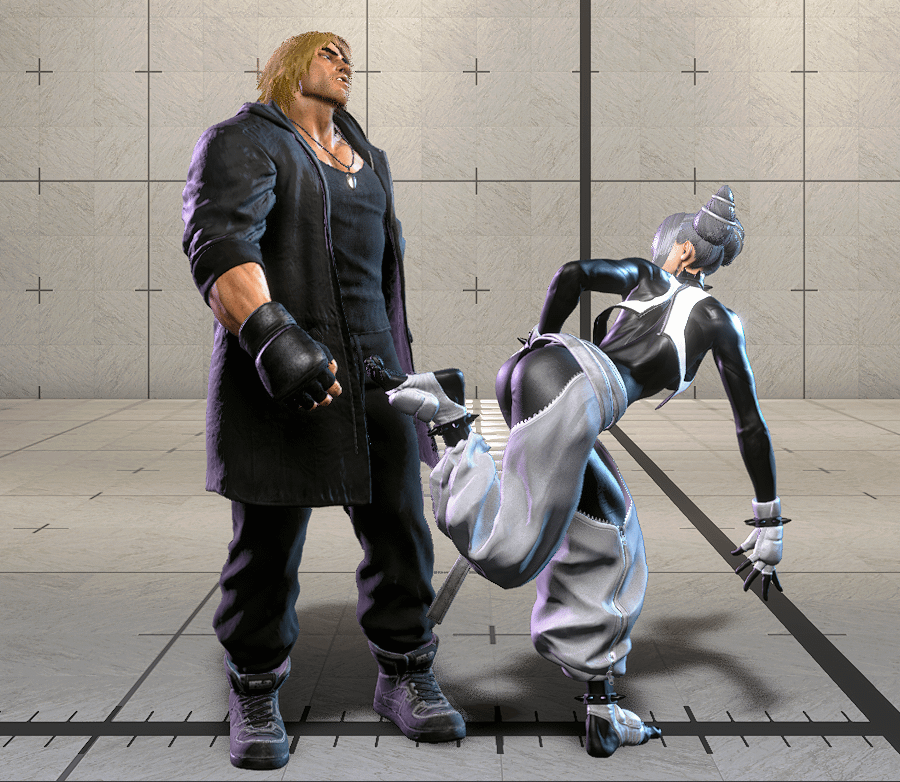 The 2nd beta test is happening December 16th. I just got the email invite. I never deleted the game so im set.


Link below to apply if you didn't get in last time.
https://www.streetfighter.com/6/cbt/en/

Changes Since the 1st Closed Beta Test
Bug Fixes
- Some bugs have been fixed.
- Fixed an issue that would cause the game to freeze if you tried to sign out of your profile while in the Battle Hub.

New Feature
Added an option to reduce input delay in the Graphics menu. Turning this option on will shorten the gap between your inputs and the action happening on-screen. This is especially useful if you are using a monitor capable of displaying at 120Hz on PlayStation®5 and Xbox Series X|S.

For the Steam version the same effect can be achieved by turning this option on, setting Vsync to off, and setting the refresh rate to 120 Hz or higher.

Please note that depending on the monitor, you may experience some tearing.

Online Battle
Behavior Adjustments
- Adjusted how input delay works when the connection status causes frequent changes to the delay (represented by the D value at the top of screen), so that it will no longer decrease in a round where there has been an increase.

Bug Fixes
- Fixed an issue where spectating one battle cabinet while queued up at another cabinet caused a communication error and a black screen when the match you're spectating is about to end.
- Fixed an issue in Extreme Battle where if a projectile was on the screen, and Juri attacked an explosive with Fuhajin, she would be stuck in the Fuhajin animation until the projectile disappeared.

Training Mode
Bug Fixes
- Fixed an issue where the Frame Meter would not work correctly if you chose to restore default settings.

Battle Adjustments
- Fixed some bugs, as well as tweaked some aspects of the game related to controls and overall strategy.
- There are no individual character adjustments since the last Closed Beta Test.

3. Chun-Li - Water Lotus Fist
This move is in the command list, but if you perform Down-forward+Heavy while using Modern control type, you will get Chun-Li's crouching heavy kick instead, and not Water Lotus Fist.
- When performing a Super Art command such as Quarter-Circle Forward x 2 or Quarter-Circle Back x 2, the input delay going from down to forward or back is now 12 frames instead of 10 frames.
- Crouching medium kicks that can be canceled into special attacks now have a hitstop of 9 frames instead of 10 frames.

Bug Fixes
- Fixed an issue where if you performed a Half-Circle Forward command to perform a Quarter-Circle Forward special move, you would instead get an attack attached to the "Shoryuken" command input.

Ryu Adjustments
Balance Adjustments
- To go along with the invincibility change made to all Level 1 Super Arts, Ryu's Hashogeki and Shin Hashogeki are now considered strikes and not projectiles.

Other minor battle-related bugs have been fixed.

Manon being a grappler with combos and mechanics that drag you towards her sounds horrifying.
G

Can someone tell me who's played the BETA does this play closer to 4 or 5 or does it feel completely different to both?
A

Grechy34 said:
Can someone tell me who's played the BETA does this play closer to 4 or 5 or does it feel completely different to both?
Click to expand...

It doesn't feel like either in my opinion. If I had to compare it to anything, it feels like SF5 in the way whiff punishes work, and how corner pressure really changes the routes you would take for zoning or combos. It still doesn't really feel like either game though, ultimately. It's heavy, and the buttons felt "sticky". The moment to moment gameplay didn't feel like either of them, especially with how block strings work(or don't work), and a higher necessity to get counter hit and punish counter conversions.

Vesper has done a good job at breaking the clips down. Really thorough work.

Seriously, all the new stages in the last trailer look beautiful. I love that Marissa's punches/kicks got some real impact behind them.

Seriously, all the new stages in the last trailer look beautiful. I love that Marissa's punches/kicks got some real impact behind them.
Click to expand...

I think I will main her and use JP as my secondary for the first few months.

Oh heck yes, I got in. Nice way to start my winter vacation this Friday!

Got in this one. Looking forward to it.
A

Pretty sure I forgot everything I learned in the first beta, but I'll give it my best. For those that haven't played it yet and use Ryu, don't do crouching mk - > hadoken on block. It's not the path of enlightenment anymore. Use hashogeki instead (QCB + punch).

Is it live again now? I need to reinstall it seems.
N

Just got my code, cant wait to play this, hopefully can get onto practise for a bit without being forced into constant matches

Maaaaan, put JP in the beta...

abstract alien said:
Pretty sure I forgot everything I learned in the first beta, but I'll give it my best. For those that haven't played it yet and use Ryu, don't do crouching mk - > hadoken on block. It's not the path of enlightenment anymore. Use hashogeki instead (QCB + punch).
Click to expand...

DI just demolishes those close projectiles all day, and if you happen to be in the corner...well better luck next round.

Guess if you haven't gotten an email by now you arent in? :'(

Got my code!
Fuck yeah!
A

Who's everyone maining and subbing at this point? I was initially set on Jaime, but JP and Marisa look like they will get my full time attention. Until AKI drops at least anyway. As far as the beta, I'll run Jaime again.

Really hope that input delay reduction feature is good. Spent hours trying to figure out why the first beta felt off.

Easily the best gameplay I've seen for the game so far, amusingly it is just two level 8 CPUs fighting each other, but looks excellent.
Click to expand...

I don't think Ken has ever looked worse in a street fighter.
You must log in or register to reply here.