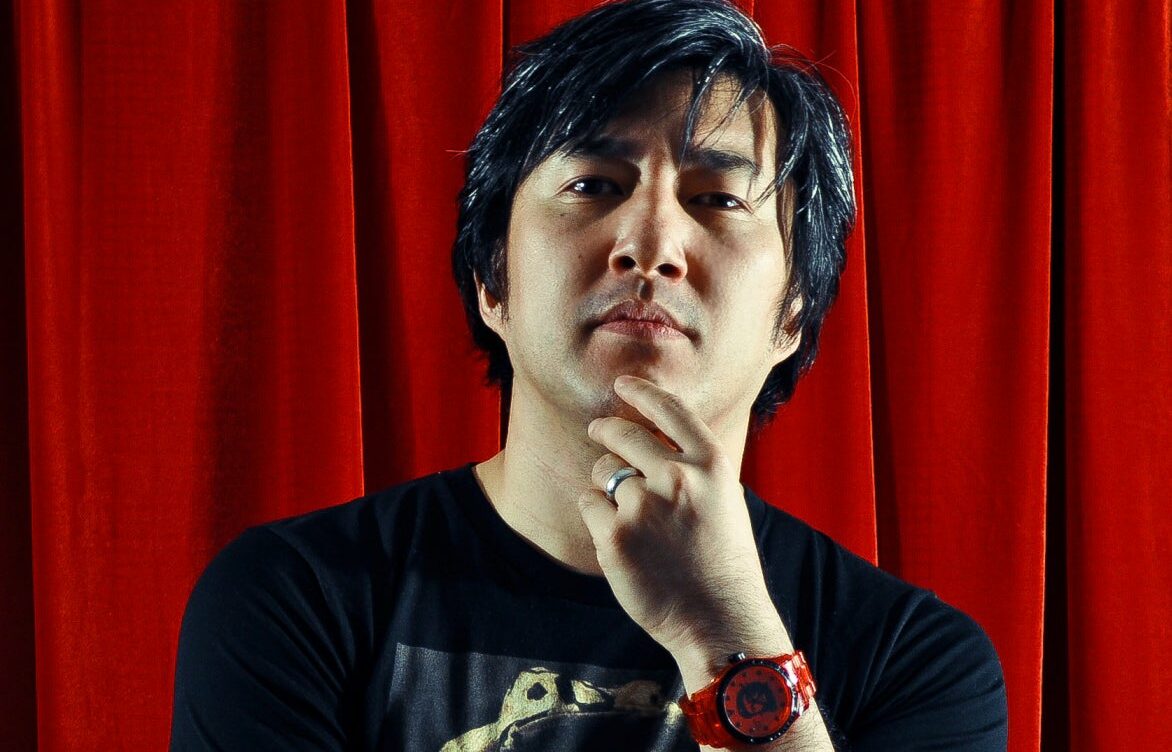 
Suda told VGC contributor Tom Regan that Grasshopper has already started pre-production on its next project and indicated it would like to focus fully on original properties for the next decade.

“We’ve got a general plan in place for the next ten years. At this point, we’re planning on doing three titles over the next decade: three new IPs,” he said. “We’ve actually already begun the pre-production stuff on the first title, but I can’t say anything about it just yet.”

“While I wouldn’t say the games we plan to make are going to be full-on AAA titles, they aren’t exactly going to be really small-scale or anything like [3DS shooter] Liberation Maiden, either; I’d say they’re probably going to be around ‘AA’-scale games. As in, the games themselves will be around AA-level scale, and the core team making them will be a relatively compact team.”

One of these original games could potentially be the horror game Suda has said he’d like to make in collaboration with Hidetaka ‘Swery’ Suehiro.

Suda went on to state that he wouldn’t rule out deviating from the original IP plan, should an attractive property become available or a good idea for reviving one of its own.

“With regard to the three new IPs I mentioned, we may actually go a slightly different route,” he explained. “What I mean is, we may actually decide to do like one new, original IP – the one we’re working on now – and then make a game version of an existing IP for our second game, and then go back and do another new one for the third one.

“There are a few games from back in the day that I’d like to get my hands on and try to do a reboot or a remake of some kind, or we may get approached by the right company with the right IP and decide to go with that… We’ll see how things work out.”

The writer and director clarified that while Grasshopper doesn’t own the licenses for the likes of No More Heroes and Killer 7, it does hold the rights for the Silver Case series, ‘Flower, Sun, and Rain’, Killer is Dead, and Shadows of the Damned.

“While I don’t have any current plans or anything in the works, if I were to go back and revisit some of our past titles, it would most likely be one of these,” he confirmed.

“If I were to do something with one of our past titles, I don’t know if it would be an actual sequel, or something more akin to a remake or remaster, but one thing I’d be interested in is revisiting Killer is Dead.

“Because the game that got released ended up being quite different from what I had originally set out to make, and revisiting that and remaking it into what it was originally meant to be could be really interesting.”

Quizzed on which “games from back in the day” he would like to reboot, and if they could be from frequent collaborator Nintendo, Suda said: “Again, I don’t have any concrete plans at the moment, but of course I’m always open to a collaboration with Nintendo.

“It would be really cool to be able to work on a reboot or remake of some of the older Nintendo IPs that have been around for awhile, especially some of the ones that have been dormant for a long time. If I’m going to do something to really surprise all the gamers out there, then I’d like to do it together with Nintendo.”
Click to expand...

I like more Suda, so bring it on! I hope we get a reboot or a continuation to Shadow of the Damned.

Suda51 may reveal the next Grasshopper Maufacture game this year | VGC

Suda51 could reveal Grasshopper Maufacture’s next game before the end of the year, according to a new interview.

Speaking on the NetEase Games Youtube channel, spotted by Niche Gamer, Suda talked about the future of the studio and what he has planned for the rest of the year.

“The games we make at this studio, I mean the really, truly cool and all-new games, we’re going to continue creating them,” Suda said.

“I wonder when I can announce them? Maybe around the end of the year?”

Suda went on to say that the announcement “may end up being next year, we’ll see how it goes,” adding: “I want to hurry up and show everyone what we’re doing.”

While nothing about the new game is shown, at one point in the video the camera passes by a computer screen prominently displaying a helmet from Power Rangers in Space, or Denji Sentai Megaranger as the series was known in Japan.

Suda is wacky! The cool type of wacky.

3 AAA titles with 3 years of dev time each. It will be difficult but it's possible.

March Climber said:
3 AAA titles with 3 years of dev time each. It will be difficult but it's possible.
Click to expand...

SUDA is more like AA tier. In the article he actually mentions that they are not AAA but more like AA.

I think it's doable with a large enough studio but I'm skeptic smaller studios can actually produce at this rate. I think project management stuff is difficult for studios like IGA's, Platinum and Suda's.

Killer 7 and Shadows of the Damned are all-time classics for me.

Lollipop Chainsaw was only mediocre and Let it Die was, despite loving the premise and atmosphere, too grindy.

I still need to go back and play No More Heroes, Killer is Dead, The Silver Case and some others.

synchronicity said:
Killer 7 and Shadows of the Damned are all-time classics for me.

Lollipop Chainsaw was only mediocre and Let it Die was, despite loving the premise and atmosphere, too grindy.

I still need to go back and play No More Heroes, Killer is Dead, The Silver Case and some others.
Click to expand...

Killer is dead is a gem. I liked it better than Shadow of the damned.

A.Romero said:
Killer is dead is a gem. I liked it better than Shadow of the damned.
Click to expand...

Well I'll have to fire it up sooner rather than later.
You must log in or register to reply here.

IbizaPocholo replied
May 11, 2022
There are currently ‘no concrete plans’ for Shenmue 4, says Yu Suzuki
2

Comandr replied
May 7, 2022
Ubisoft says it can stay independent, but ‘would review any buyout offers’
Opinion Business Game Dev 2