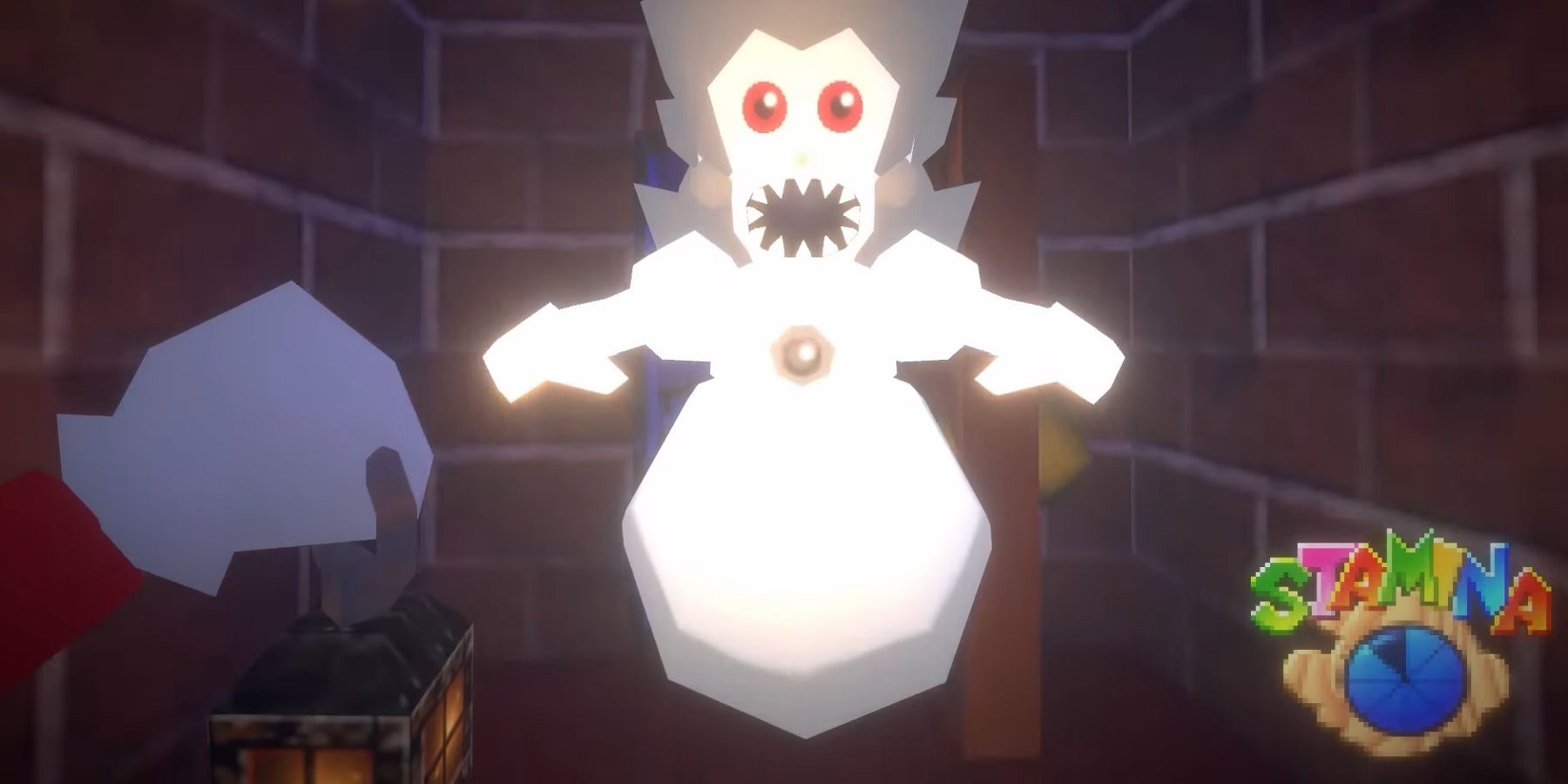 Super Mario 64 Gets Transformed Into a Horror Game

With the possible exception of the sudden chomping piano, Super Mario 64 is hardly a horror game, but this team is changing that perception.

According to a report from Nintendo Life, a project called "Another Princess is in Our Castle" is currently in the works and essentially turns Super Mario 64 into a horror game. A video uploaded to YouTube gives a brief overview of what players can expect. Played from a first-person perspective, Mario can be seen wandering around the castle, lantern in hand. At one point, a ghostly Princess Peach bursts through the door, eventually killing the player. A retry shows that there is a chest in the room that Mario can hide in when the spectral princess arrives.

Playing in first-person, using a lantern to light the way, and the ability to hide from enemies are all reminiscent of the games like Amnesia: The Dark Descent which helped redefine survival horror. The video of this Mario 64 project does look pretty intriguing and even a little bit scary. Players also have a limited amount of stamina, so running away may not always be the best option. Currently, there doesn't appear to be a release date for the full game, but a demo that takes around 15 minutes to complete is available for anyone who is interested.

Neat, I like how different it makes the castle feel.

Luigi's Mansion do you mean?

No gameplay and became a walking sim.

Yep that's a "horror" game for you.

too scary for me
You must log in or register to reply here.