Looks like the rumor was true. A leaked IGN News video, published by AOL.com Video ahead of tonight&#8217;s official announcement, reveals Tekken 7 will be powered by Unreal Engine 4 and launch for current gen consoles.

&#8220;With Unreal Engine 4, we can rapidly achieve the visual quality expected on next-gen platforms and go beyond it,&#8221; Tekken series producer Katsuhiro Harada is quoted as saying in the video. &#8220;Not only is Unreal Engine 4 powerful and easy to use, but it allows us to easily bring Tekken 7 to any platform we desire.&#8221;

Further details were not announced.

Wow, can't watch on mobile safari - too many redirects
D

By leaked you mean announced?

Real curious about the platforms. Will namco finally bring a fighting game to PC?
U

Not cross-gen? Very nice, looking forward to seeing this in action.
T 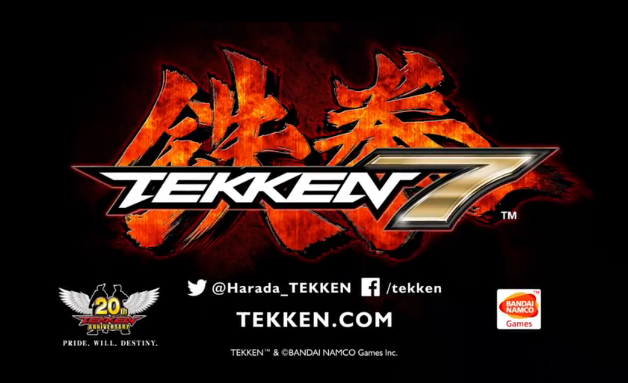 dh4niel said:
By leaked you mean announced?
Click to expand...

This announcement will be made later today at EVO.

dh4niel said:
By leaked you mean announced?
Click to expand...

hasn't been officially announced yet so this is a leak
S

Can't wait to see it!

I guess they this will be a first Tekken on PC without emulation.
T

GAF > INTERNET > GAF leaked it yesterday, their was a beamer test and it had the T7 logo displayed for a moment but to short to snap a picture with a phone.
G

Not a Tekken fan, but I'm looking forward to seeing what it looks like with UE4.
F

wait, did ign announce it before the announcement at EVO?
G

I've never really dedicated much time to a Tekken game, looks like this is a good time to jump in seeing there's little choice in fighters for the current generation.

Act surprised when they announce it later today.
D

Honorio said:
wait, did ign announce it before the announcement at EVO?
Click to expand...

but it allows us to easily bring Tekken 7 to any platform we desire
Click to expand...

Denton said:
I guess they this will be a first Tekken on Mobile without emulation.
Click to expand...

I do love me some tekken great news, hope it just sticks with the new consoles
O

I'm interested, can't wait for the official news tonight during EVO.
I

Beysus said:
Does UE7 run on Wii U?
Click to expand...

UE7 doesn't currently run on any console or PC on the market.
L

In all honesty, I doubt it will be. I don't think you have to worry.
R

unless it became Tekken 7 feat SF cameos
I

Didn't expect them to use UE4.
R

Is this where we go to show our disappointment that it's not Tekken x Street Fighter?
R

Lets do this!
D

I accidently found this Googling my site and Tekken 7 to see if anyone sourced our initial rumor story within the past hour. xD Naughty AOL.

Excited about a PS4/XBO-only Tekken (assuming that's what it is). Hope it's good. :3
S

Awesome, been wondering when Tekken 7 would be announced.
C

I wonder what kind of stupid designs they'll come up with, this time.

Hooray~ My least favourite currently running fighting game series is getting another game.

unless it became Tekken 7 feat SF cameos
Click to expand...

So when will we see ingame stuff?
A

it allows us to easily bring Tekken 7 to any platform we desire
Click to expand...

The Popularity of Unreal Engine 4