Ten Reasons why 2D Games should be revisited on Next Gen Hardware.

Bailey's Dad said:
2D games will always have their place but you can't explore a 2D game the same way you explore a 3D game.
Click to expand...


Play SotN and Tomba then come back.
C

Treasure are the only people who can do a good 2D game this gen. EVERYONE ELSE WOULD FAIL.
A

Because you can make damned pretty things in 2d 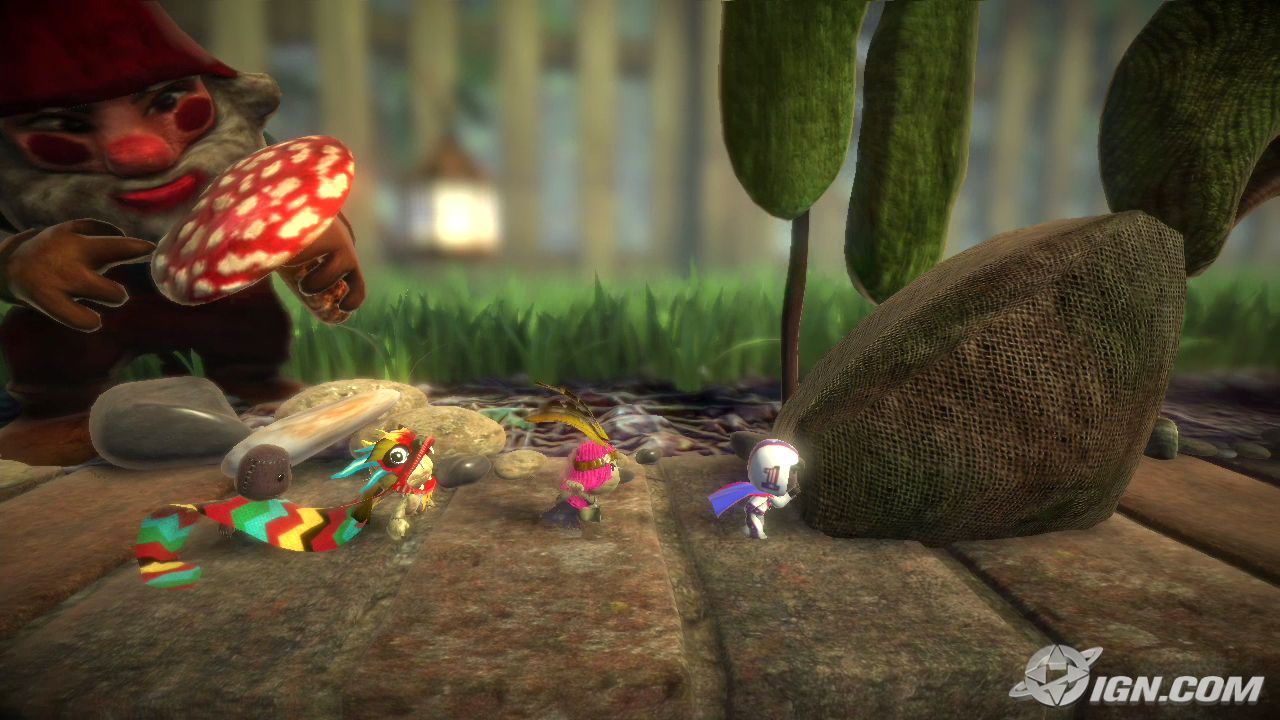 [Clark Gable] said:
Treasure are the only people who can do a good 2D game this gen. EVERYONE ELSE WOULD FAIL.
Click to expand...

You haven't seen Super Paper Mario or Castle Crashers yet have you?
C

Jive Turkey said:
You haven't seen Super Paper Mario or Castle Crashers yet have you?
Click to expand...

Agree to disagree....astal has much better art and the detail is also much greater.
Click to expand...

Except for its Amerian cover art!

Anyway, Astal has these painted looking backgrounds which I just didn't like very much, especially considering the low resolution of the game. Metal Slug had what looked to be hand-pixelled backgrounds that just seemed so clean and sharp.

That's one thing I really miss is pixelled art, even in 2d games. Just look at the DS Castlevanias versus Symphony of the Night or the GBA games. The DS ones are full of pre-rendered or downscaled art that just doesn't look as good.
B

Because you can make damned pretty things in 2d
Click to expand...

Movement and action takes place in 2 dimensions, doesn't it?
D

Come to think of it, what was the last 2D console game that Treasure has actually made? Bangaio? Or is it even futher back to the times of Guardian Heroes or Silhouette Mirage and the like.
B

Movement and action takes place in 2 dimensions, doesn't it?
Click to expand...

no..there are parts with 3d movement as well.
D

Finally bought a new PSP, but then pushed the demon onto someone else. Jesus.

Regardless, that's really not what the OP was getting at.
B

What about Cry on? thats the direction I want some games to go... IIRC this type of stuff rendered in real time.

I'd kill for a new Metal Slug, UN Squadron, Gradius, or Double Dragon... Hell, gimme a new Street Fighter or MK like this as well...
R

btrboyev said:
no..there are parts with 3d movement as well.
Click to expand...

i dont know, it looks like its only left and right, when you see them jumping into objects in the background, it is similar to how it is in Castlevania and 2D Mario games, thats what it looked like to me atleast.
D

besiktas1 said:
What about Cry on? thats the direction I want some games to go... IIRC this type of stuff rendered in real time.

You mean Cry On is gonna look like that picture? I thought that was just concept art or something. Sweet.
B

Devs like Telltale are convinced that it would cost more to make their adventure games in 2D, somebody convince them otherwise.
A

btrboyev said:
no..there are parts with 3d movement as well.
Click to expand...

Really, where? All I've seen has been strictly 2d movement.
B

You mean Cry On is gonna look like that picture? I thought that was just concept art or something. Sweet.
Click to expand...

No no no don't quote me lol, as I said If I Recall Corectly... I could be spreading misinformation. BUT I think it is...
H

Really, where? All I've seen has been strictly 2d movement.
Click to expand...

I believe you cantrol it using strictly 2d movement but the game automatically moves you up and down the Z-axis to get you to land in a platform or something, or when you have more than 1 character in the same spot. A pretty impressive feat.

Doesn't matter as I think the OP was just talking about the specific graphics technique of using sprites to represent graphics, or rather, polygons hiding as sprites. None of these next-gen systems have actual sprite hardware like say the GBA or DS.
S

Build it and they will come.
C

Fight for Freeform said:
I claim that 2D content creation is no more costly than 3D content creation. That is, sprites with their animations, and game artwork for the backgrounds and such, is just as cheap as 3D content creation. There are some that claim that for hidef graphics, getting artists to draw all animations and sprites would result in costs that would compare unfavourably against the now very inexpensive work of 3D artists. They would claim that the only way to reduce such costs is to outsource the animations to an overseas company, very much like how television cartoons go about this.
Click to expand...

Does traditional paint-on-a-cel (or computer paint programs, or whatever they're doing nowadays) animation really cost as much as everyone says it does?

I mean, you get one skilled lead animator (who has his own distinct style, but isn't a "concept artist" like Ayami Kojima), have him draw a character in a looping animation, and hire highschool students on summer vacation to work as "in-betweeners" to fill in the rest of the 24 frames-per-second. Repeat for some more character animations. Make some monsters and give them some animations. You can even hire a second team for the monsters. Have someone paint a drop-dead gorgeous background.

Scan in the frames (leaving their backgrounds naturally transparent), and you've got a living interactive cartoon that can work at any resolution (although more is always better). No need to mess around with the pixel art of games like Castlevania. Add special effects as desired.

I don't even see the need to outsource the animation. There's just so little of it. And you'd lose too much creative control by outsourcing it. You have to at least draw something a FEW times before you ask foreigners to replicate it. "Here's what he looks like walking. Here's what he looks like jumping. Here's what he looks like ducking." And once you've done that with a videogame, you're basically done. Unless you want to outsource the in-betweeners. It's not like the Simpsons where you have to draw Homer and the gang differently 24 times per-second times 60 seconds times 20 minutes times 400 episodes. It can all be done in America or Japan, or wherever the game originates. And there's apparently a lot of talent going to waste in those areas. I'd love to see videogames show what they can do, but everyone in the videogame industry seems to be hung up on finding tricks and routines to try and make it look like they can do the jobs of animators.

And this is of course doesn't go into the unending quest for more detail and realism when dealing with polygons.
S

there´s a lotof games that i would like to see in 2d, such as sonic, megaman and streets of rage. real sequels, niot just side stories to put on handhelds.

I would love a Hi-rez SRPG on my 360 that looks as good as the Disgaea cover art.

Have Mistwalker do the game design, and outsource the rest to India or China.
H

Does traditional paint-on-a-cel (or computer paint programs, or whatever they're doing nowadays) animation really cost as much as everyone says it does?
Click to expand...

It probably doesn't cost much more than 3d art and animation, but when only a small fraction of gamers buy your game compared to more mainstream 3d stuff, does it matter? The math just doesn't add up.

I also think it's easier to get away with half-assed 3d artwork. Just get some Poser models, photograph some 'real world' textures, and you're practically there. No artistic talent needed. I bet a good chunk of video game 3d artists can't even draw. They just know how to use Maya or something. Bad 2d art, on the other hand, is instantly recognizable.

I also think you're underestimating the time it takes to do 2d animation. Just scanning in a drawing to be used in an animation takes a good chunk of time. You have to clean it up, correct colors, reposition it to match the other frames, mask out edges...
D

Guilty Gear X2 already is the best looking 2D fightinggame out there.

Guilty Gear X2 already is the best looking 2D fightinggame out there.
Click to expand...

Ahh the beauty of pixelled sprites. I can't see how you can get sprites that big and clean without hand pixelling it. Now if Guilty Gear animated as well as Street Fighter 3, I'd be in 2d gaming heaven.
V

dark10x said:
We've seen this many times over the years...and the results do not often work very well. You end up with music that becomes interrupted more often than not. I prefer this concept when developers refrain from making changes for every action. Something like Klonoa 2 would work best (the music changes when you move from outdoors to in and indoors to out). The same tune continues, but the sound of the music changes greatly. This is done without using chip music. Music that changes to fit the scene is fantastic. Music that changes as you perform actions is not. Imagine if the audio in Sonic varied depending on speed and enemy proximity. It would be awful.
Click to expand...

Hostages (Amiga/Atari ST/etc, 1988) did the latter to quite amazing effect.

I think it worked pretty well in MGS2 too, although it wasn't quite as responsive or dramatic as Hostages.
You must log in or register to reply here.

What are your predictions for Nintendos E3 presentation?

Jun 10, 2021 started Livia
Wednesday at 12:01 PM
Zannegan
What I expect to See from Next Gen Gaming, and my prediction's for Next-Next-Next Gen Console Specs.

Nov 20, 2020 started Nhranaghacon
Nov 21, 2020
The Fartist
Rumor The Next Donkey Kong Is Being Developed By The Super Mario Odyssey Team