This game was fantastic until the difficulty spike going higher every two feet.

Check out 11 minutes of gameplay from the PS5 version of last year's very good cyberpunk action-RPG, The Ascent. The PS4 and PS5 versions will be released on March 24.
Click to expand...

Great game. Completed it all the way through. Highly recommend people grab it on Ps5.

Was there any word on whether they were going to do expansions?

I'm a big fan of The Acsent.

Have been working my way through it on pc game pass for a while now.

My experience was buggy but fun and atmospheric. Hopefully they sorted out most of the bugs on PS system. It's well worth a play through if you're a person that likes Cyberpunk settings.

Will it be available as a physical release?

Kupfer said:
Will it be available as a physical release?
Click to expand... 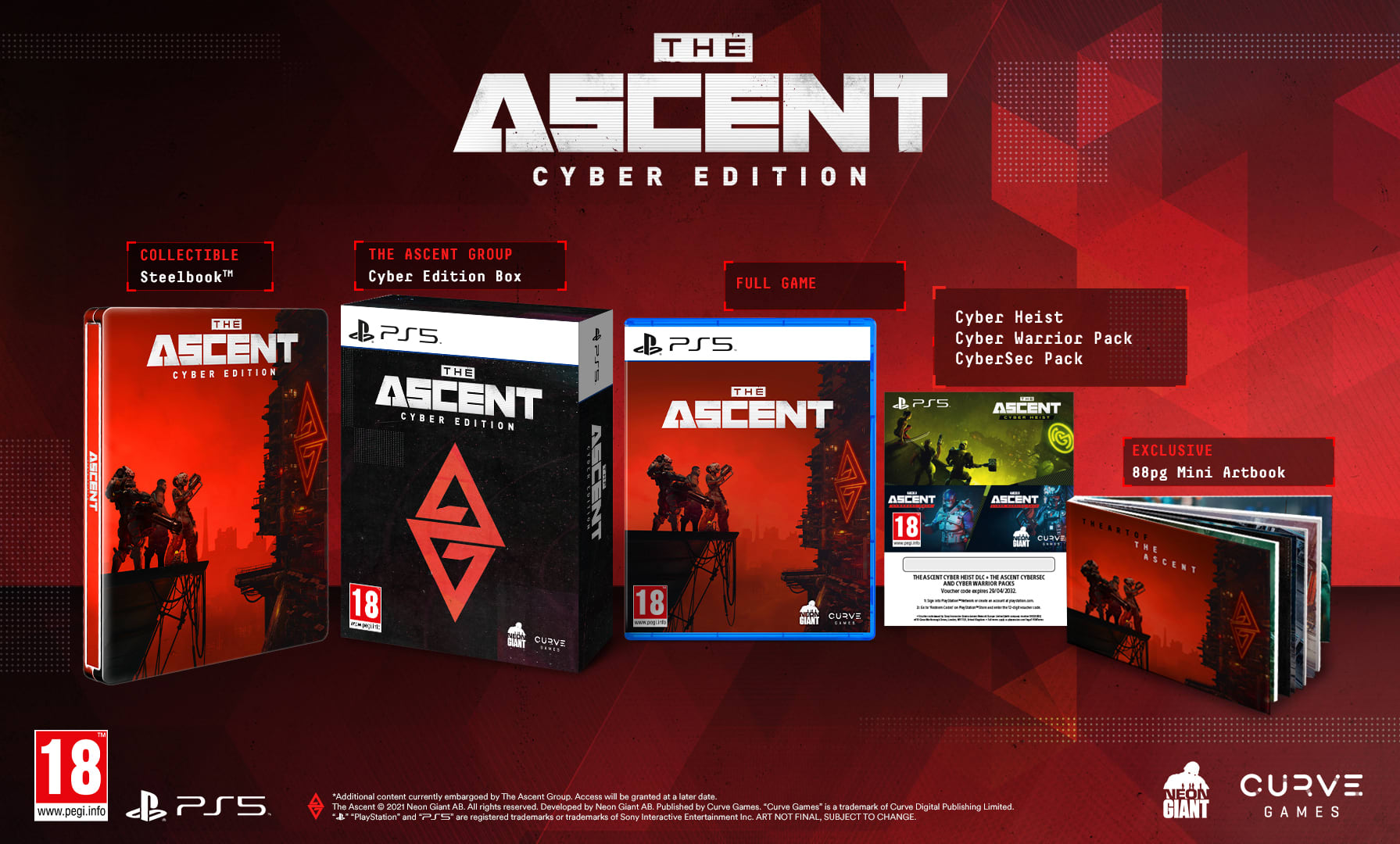 Loving the cyberpunk dystopian aesthetic, so will definitely try.
Not liking the top-down view as much as I used to these days, but seeing the world’s continuity in the art design, everything looks so impressively consistent.

Saying as someone who beat it last year.

I want that cyber edition.
J

Very middle of the road game, mediocre in every sense of the word, hyped by some that were hungry for a game at that time. I’m glad it was on Gamepass, other not worth your time. The majority that enjoyed it probably played it multiplayer.

Great game and one of my favorites from last year.

I can't believe the shit scores this game received while a game with the performance issues Elden Ring apparently suffers gets a 95 Metacritic. Game "Jounalists" are complete idiots.

The Ascent is awesome. Probably the best isometric ARPG that I have ever played and looks amazing as well.
F

It would've been so nice if they could've gotten RT reflections working for the ps5 release ...

1st Xbox game in a long time to give me the "missing out" feeling. Was checking how it ran on Steam Deck.
I 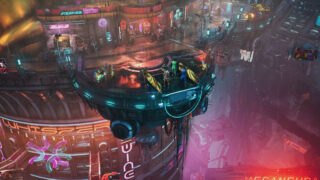 Publisher Curve Games and developer Neon Giant will release cyberpunk action RPG The Ascent for PlayStation 5 and PlayStation 4 on March 24, the companies announced.
Pre-orders are available now and include an exclusive RPEG 33 energy-type Rocket Launcher with a unique laser sight in the console family’s signature blue color. 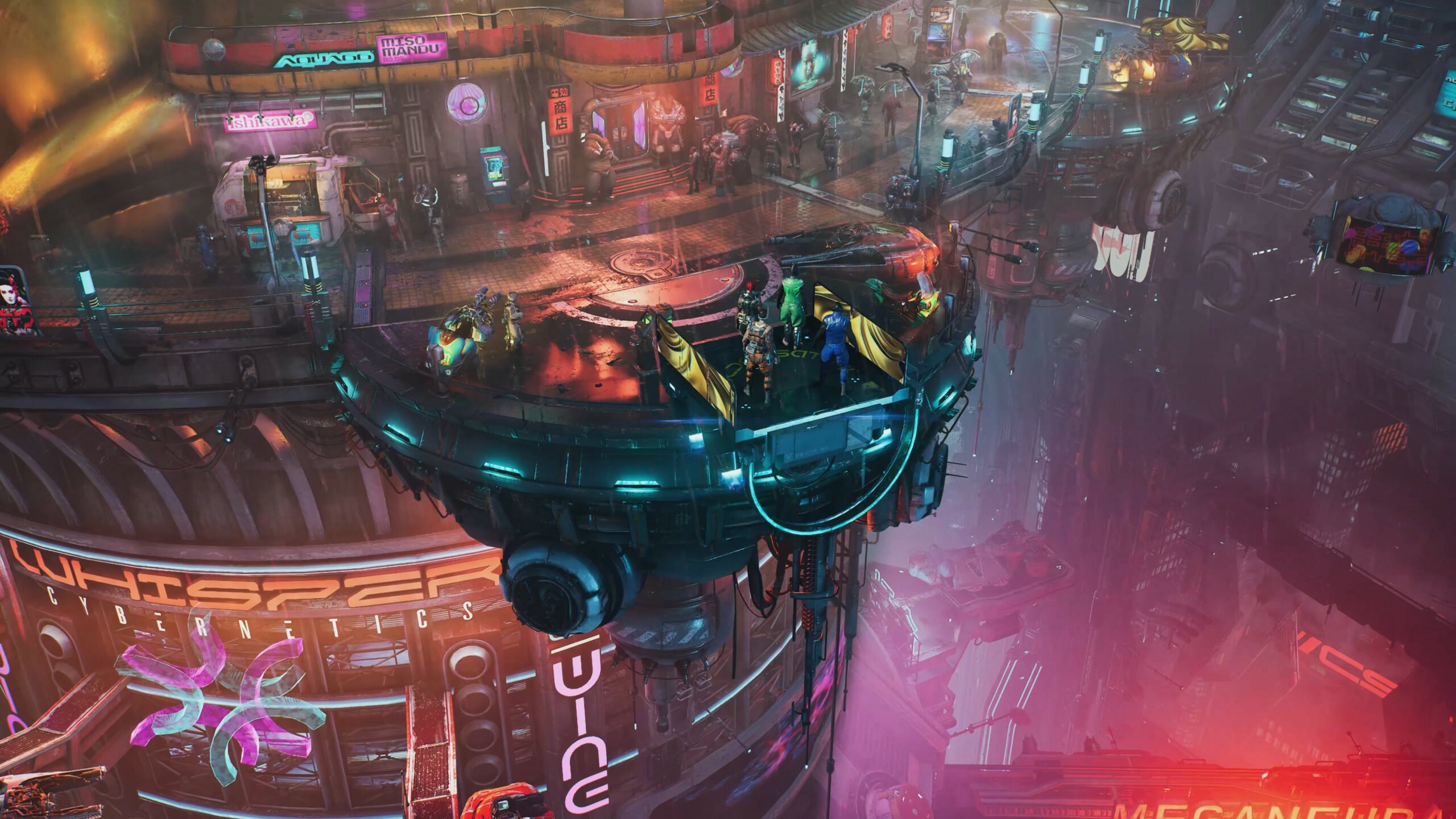 Publisher Curve Games and developer Neon Giant will release cyberpunk action RPG The Ascent for PlayStation 5 and PlayStation 4 on March 24, the companies announced. Pre-orders are available now and…

Criminally overlooked. I don't even like isometric games but this was a gem.

The ascent makes an awesome first impression for about 3 hours, then i quickly found that it got repetitive
O

It is a good game, but did they ever fix the Xbox version? I remember a few achievements Being impossible to obtain due to the item or brand not appearing in-game.
D

onQ123 said:
Wonder if this will benefit from being ported to PS5 later like The Touryst & The Medium
Click to expand...

I would not put The Medium as an example as a version that benefited from coming out later. It is a strange case, and totally subjective to prefer more resolution and slightly better fps but with occasional stutter. To "a mode" where you have RT AO, better RT in reflections, more points of light with shadows and a stutter-free framerate although some drop in fps on rare occasions.

That said, the extra time and consoles being so equal can help refine previous work. For example Oudworld Soulstorm on XSX improved performance compared to PS5 version (beyond the incomprehensible 30fps video CG scenes on Xbox and PC).

The Ascent version of XS has seen different patches with improvements and content since launch and should be analyzed from its current state. For example The Tourist never received a post-launch patch on XSX before the PS5 release, and was also clearly created on the XBO X basis.

That being said, I hope that the PS user will give The Ascent a try regardless of whether it performs the same, slightly better or slightly worse in performance than the XSX version. It is a very good game with a unique visual, artistic and sound section.
D

Claus Grimhildyr said:
It is a good game, but did they ever fix the Xbox version? I remember a few achievements Being impossible to obtain due to the item or brand not appearing in-game.
Click to expand...

Yes. The game has received a significant number of patches with improvements and new content since launch.

I enjoyed this until I reached a part I just could not pass, and my Xbox friends weren’t levelled up enough to be any help.

It has sat unplayed on my drive since. Maybe one day…
S

Decent game but a bit repetitive.

Does this version have hdr?
You must log in or register to reply here.