The console that makes you feel the most like a gamer?

In no particular order. These are my faves. Oh, and as a handheld gamer:

I don't really care what console makes me feel most like a "gamer", because I jump between a lot of them depending on the game. As long as they aren't mobile games, they make me feel like a gamer.

Now if you asked me what console(s) I think most encapsulate the best ideals of gaming in terms of games with great game design, hardware architecture focused on gaming, controller innovations, brand marketing (and the "image" that creates for the console and its hardcore/core gamers) etc...then I can get into a lot more detail

thicc_girls_are_teh_best said:
GTAV (no I did not re-buy it)
Click to expand...

I feel dumb, because this question kind of doesn't make sense to me. What makes me feel most like a gamer is the fact that there is a PS5, XSX, and 2 Nintendo Switches in my house.

The console that gives me the most warm fuzzies and made me feel like video games could do almost anything is a different and more complicated answer. The Playstation gave me that feeling like they could make a game do almost anything. I spent so many hours just driving around the levels in Twisted Metal and Vigilante 8. Need for Speed was actually fun. Earning the licenses in Gran Turismo 1 & 2 felt monumental. Everybody in the house competing for highest scores in Cool Boarders 2 felt on par with winning the gold in the winter olympics. Wrestling games WERE ACTUALLY FUN. Mortal Kombat 4. Tekken 1 & 2. I mean holy crap. Tomb Raider 1 & 2.

Strangely, I did not end up with a PS2. I eventually bought a GameCube where I would finally experience OoT and MM. Wind Waker and Mario Sunshine gave me those same feelings that video games could do almost anything. Smash Brothers Melee rekindled a lot of the past nostalgia for Nintendo games. Metroid Prime was sublime. Eternal Darkness plays you. RE4 - dayamn, wow.

Which one made me feel most like a gamer? Probably GameCube because that's when I began to get political about video games, and I don't mean woke BS. The industry had a smell to it that was unmistakable, and Nintendo was getting bullied by a good chunk of the game development business. Bullied. Ridiculed. Called names. Even Nintendo customers were being ridiculed and labeled. And for its part, Nintendo would lose longtime fans for not fighting back but actually embracing shit labels like "for kids" and "kiddeh!!" I never felt more like a gamer than in those moments when I would fight to defend a brand not because that brand was infallible but because everyone else was stupid. lol

Then the Wii came along and I said fuck these guys. They're too kiddie!

Captain Toad said:
I had a Wii U at launch and immediately thought, "I seriously have to play with this crappy tablet??". Once they finally supported the Wii U pro controller with most games, did the Wii U feel like a proper console and not a gimmick.
Click to expand...

Traded in my SNES next day after I tried 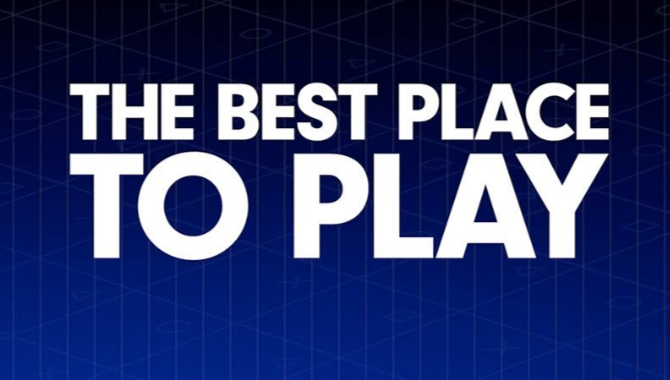 thicc_girls_are_teh_best said:
then I can get into a lot more detail

OP so long the first post starts on Page 2

There something about that cable on the controller that makes you feel more of a nerd when playing.

3DS and/or Switch. PS is ok for jrpgs that didn't go to Switch like Yakuza LaD, Stranger of Paradise, Persona 5 etc
M

what is a gamer ?

The best place to play 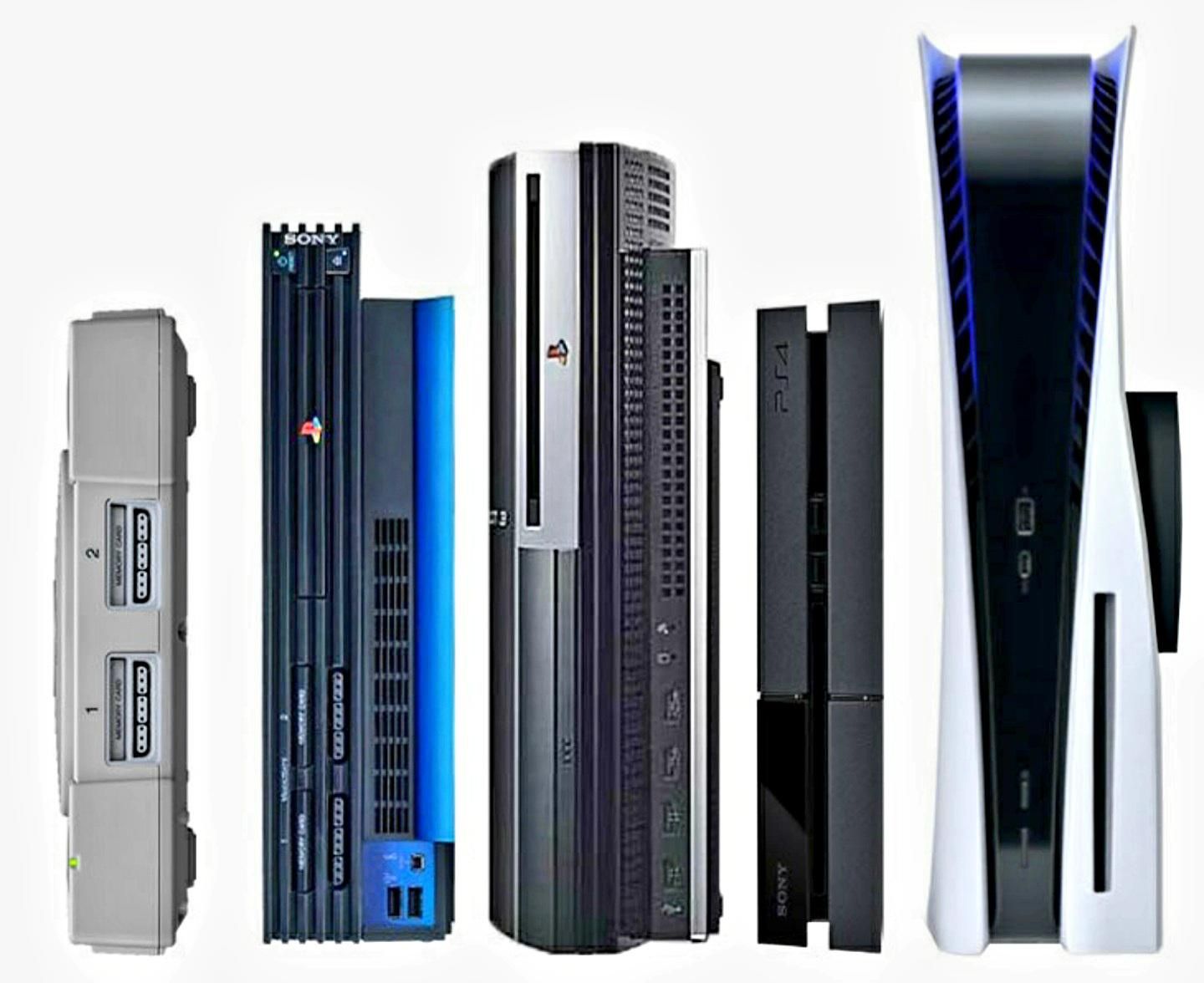 And so many more great games. It made me feel like a gamer the most
Last edited: May 9, 2022

Every console that make me play games make me feel like a gamer.

Easy: PC. Why? Because PC has no limits. From being able to make any game you want to playing games at or even beyond (mods) their full potential and of course having the biggest gaming library without even including emulators. PC has earned it's crown as the best place to play.

PS5, other consoles are non-existent to me

I feel PC has always been "it" for me, although specifically recently as AAA has failed and indie has taken over.

I’ve enjoyed all of my consoles, so impossible to answer, but I guess N64 was peak for me, due to Mario 64 and TLOZ OOT. Saying that, there’s barely a wafer between all of the consoles I’ve owned; I guess PlayStation and Nintendo are neck and neck in the grand scheme of things.

I even loved my 3DO…. Need For Speed and Road Rash were fucking awesome.

Still rocking my flip screen Gameboy Advance back when the iPhone was becoming the standard.

To me, the console is just a means to an end. It's not the console that makes me feel like a gamer, it's the games.

So to answer op

Honestly...PS3. The original model. It really felt like it was a beast in every way back then.

Say what you want about that era, how Sony was losing money, etc...i'm not a stockholder. As a consumer, that thing could do everything:

- Backwards compatibility with PS1 and PS2
- No cables for controllers;
- CD, DVD, Blu-Ray reader
- Free multiplayer gaming
- You could literally rip your music cds to your HDD with its respective cover and tracklist...automatically.
- You had card readers for everything
- 4 USB ports
- PS Home was ahead of its time
- OtherOS support - do i need to say more?
- It was this era that shaped Playstation studios into what they are today and Sony stopped relying mostly on 3rd party developers to have great exclusive content for their platforms. It used to have that before...but now we had quantity and quality together.

No other console felt "ahead of its time" such as the PS3 back in 2006. You just needed to be there.

If you are patient some nice deals on certain games.

Maybe the 3DS or my Mini NES

Markio128 said:
I’ve enjoyed all of my consoles, so impossible to answer, but I guess N64 was peak for me, due to Mario 64 and TLOZ OOT. Saying that, there’s barely a wafer between all of the consoles I’ve owned; I guess PlayStation and Nintendo are neck and neck in the grand scheme of things.

I even loved my 3DO…. Need For Speed and Road Rash were fucking awesome.
Click to expand...

I "only" had a SNES and a Megadrive as a kid, and not a NeoGeo, so the Dreamcast was like having an arcade system at home

I’m going to change my mind. The answer is very simple. And in fact, it is the only definitive answer for EVERYONE on this forum. The answer is:

Why you ask? Simply put, because no fuckin casual knows what to do when you hand them the controller.

How many line pieces?!

To be fair... I don't have this different or more special feeling playing in any platform. As long as I'm enjoying what I'm playing I'm fine, and that's it. Could be any console or even PC. Even my low-end laptop when I'm playing a 2D indie game or some SNES or Mega Drive emulator.

Though VR is lining itself up to be the transition from 2D to 3D feelz.

Xbox (OG with Halo DOA2, PGR, JSRF anad shit.. Some many great games (old ones too) Even tho I bought a PS4 was playing PS4 nonstop.. weird question

Dreamcast with Shenmue, DoA, MSR and Seaman will always hold a place in my heart
Last edited: May 9, 2022

My answer is Xbox Series X.

I got it specifically to play Halo Infinite at 144FPS on a gaming monitor with 1ms response time with a wired mouse. My GTX 1060 ran it, but poorly.

The tech makes an incredible difference in my flow of controlling and aiming in the game and makes me geek out to be playing a game in a way I haven't since almost freaking Dreamcast. This is tech making an actual, real difference in gameplay (and not in some niche title, it's Xbox's main flagship game.)

Maybe one day they will add a switch to the Series X that nerfs the res/framerate so that everyone's needs and unique desires can be met in one console. But alas for now, we need two.

The blisters that rectangle controller gives you are ingrained into my gamer brain.

My ps5 is currently my go to, but it's controller is much to ergonomic and comfortable to give me those kind of blisters. I'm spoiled now.

Ever? SNES or PSone

Something about 5th gen mang... It gets bashed a lot lately due to early 3d but you just had to be there..

And in the 5th gen the PS1 was king. Going from chiptunes or sample based songs on the SNES to full fat CD quality audio was as mesmerizing as the leap in graphics. Those jazz fusionesque OST in Japanese games mang.
S

PC because I can play all the new games and revisit all the old games from previous generations of consoles using the gamepad of my choice.

PS2, Original Xbox and Xbox 360. Anything past that didn't make me feel like one, and there was something not very gamey about PS3.

I had all of those except the PS2 which I still regret to this day. I got bored of gaming in the early 2000s. I took a long break and eventually bought the original Xbox and sold that inside six months.

Sega Saturn and its Japanese Imports.
You're just a filthy casual fake gamer if you dont have one.

Every system I ever owned has games that makes me feel like a gamer, so……all them?

I'm not entirely sure I understand the question

Anything up to the PS1 Saturn N64 era. Any after that feel like bloated wannabe multimedia devices.

In terms of actual gameplay, 360 since that era brought about online as a standard feature, friends lists and it was the first console generation to have indie games to round out your gaming library. Before that, console games (aside from cheap Greatest Hits games or garbage bargain binners based on oldies) were sold at full price (or pretty close to it). If you wanted indie budget kinds of games, you were forced to go PC.

But in terms of having fun flipping through mags, couch gaming, and old school shit like going to a video store to rent games and grab junk food, the 16 bit era.

I had to read some posts first to know how to answer this question right.

I can't simply say one console so I'll put a top 3.

I semi-skipped the 360 gen so I don't have nostalgia for that console like many here. I listed these three because they all provided the experience of putting in a game and it near-instantly loading. Quickly being able to pick up and play something always felt the best. We had to endure atrociously long load times from PS1 to PS4 gen that some of us almost forgot the luxury of cartridges.
You must log in or register to reply here.

Games that make you feel like a gamer again?
Opinion 2

tommib replied
Jun 17, 2022
After being a console player for last 6 years, buying a gaming PC is probably the best decision i made in gaming
3 4 5 6 7

TintoConCasera replied
Apr 28, 2022
The Xbox Series X is the most popular console according to Twitter
2 3