The FGC-9 Fulfills the Promise of 3D Printed Guns 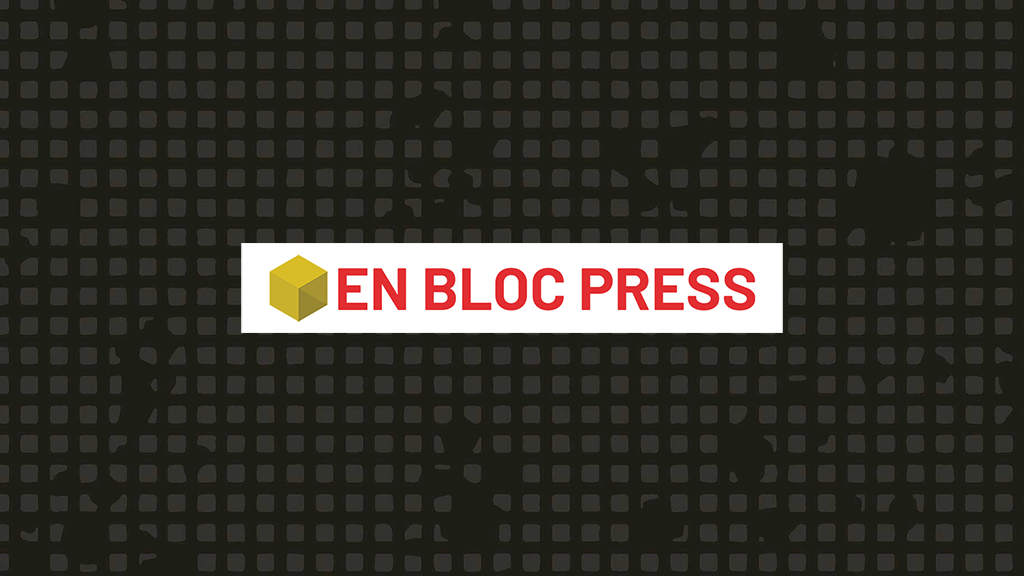 The page you're looking for will be back soon. We're migrating a few things and should be up and running again fully in a day or two.

The guerrilla 3D-gun file development group Deterrence Dispensed released to the public yesterday the much-anticipated FGC-9 project. The FGC-9 is described in the official release documentation as “the most effective and easiest to build homemade semi-automatic firearm design for people with limited access to gunsmithing knowledge and tools.”

The FGC-9 release is important because it represents a fulfillment of the promise of 3D printed guns: they can’t be stopped. In 2013, the Liberator was proof of concept. In 2020, the FGC-9 is proof of carbine.

The FGC-9 enables everyday people all around the world to build a 9mm semi-automatic firearm, from start to finish, using a 3D printer and commonly available, unregulated materials. It’s specifically designed to be accessible to folks with minimal gun building experience, and avoids using parts commonly or easily restricted by law in the US and Europe. Anyone can build it, and no one can stop it.

In case there was any doubt about the political ideology here, you should know that the ‘FGC’ in the ‘FGC-9’ stands for “fuck gun control”.

Designer JStark1809 details his motivation for the project, “Frustrated by not being able to acquire and bear firearms because of regulations and tyrannical laws, I embarked on the journey to learn to produce my own firearms.”

An anonymous European designer and maker, JStark1809 worked with other prominent developers to complete the project. IvanTheTroll developed the printed Glock magazines and ECM barrel making process, Incarbonite adapted an airsoft M4 fire control group for an AR-15 lower receiver. Others like CtrlPew helped video documentation, and a team of beta testers put the build through its paces before release. 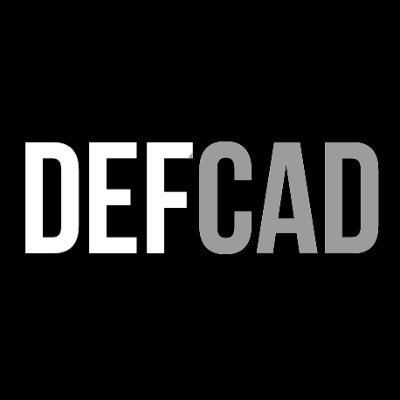 Back in March 2017, I reported on a proof of concept attempt to create rifling grooves using a process known as Electrochemical Machining (ECM). Fast-forward to 2019 and a decentralized collective of gun designers operating under the group name 'Deterrence Dispensed' have perfected a method of... 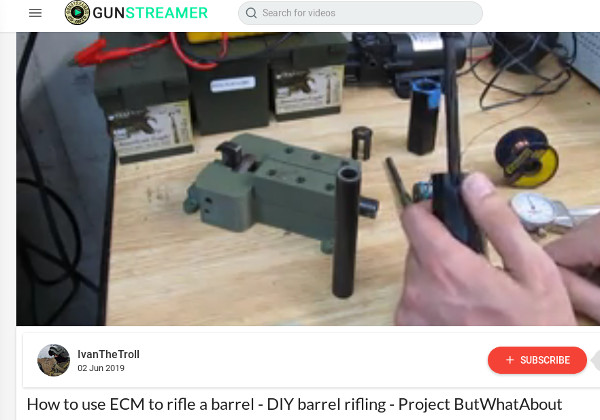 Breakthrough: How to Make Cheap Rifled Barrels at Home ~ VIDEOS

To make their rifled barrels at home. No machine shop is required. Little room is needed. The process does not produce excessive noise. The process is virtually untraceable and unregulated.

Explore a whole universe of videos on Odysee from regular people just like you!

hope the atf takes this dude down, fuck guns

Cult of FartNoise said:
u dont?
Click to expand...

u eat pieces of shit for breakfast?

I love guns because they protect the overall liberty of society from tyrannical governments.

Scary stuff.
It looks like all the parts aren't 3D printed but from what I'm reading acquiring those... shouldn't be too difficult.

Fascinating and a bit scary at the same time.

You liberals that hate Trump should love guns because he’s an authoritarian dictator and that’s the way to prevent tyrannical governments... right?
I

Once the file is out, it's out forever.

No one died from the Defense Distributed (ran by an American hero) gun, and no one will die from this.
I

Win by Refusing to Play

Borne of the government’s suspension of DEFCAD, Deterrence Dispensed took a different approach to releasing 3D gun files to the public than Wilson’s licensed and incorporated Defense Distributed. Rather than go through the struggle of a protracted legal battle with the federal government and various state governments, they’d simply avoid the hassle of being governable entirely.

The government’s aggressive approach in their attack on Cody Wilson’s Defense Distributed unwittingly accelerated the development and production value of the guns produced by the developers at Deterrence Dispensed.

By making use of encrypted email systems, virtual private networks, blockchain technology, dark web .onion domains, cryptocurrency, encrypted chat apps, and a plain old fashioned “we don’t care if it’s illegal” approach, Deterrence Dispensed has a distinct advantage over Defense Distributed: they don’t have a name, an address, or a license. The group itself is nowhere and everywhere all at once.

Having been kicked off of most major social media platforms, Deterrence Dispensed is currently at home on Keybase, an encrypted chat and file sharing system. There are almost 7,000 people in the public chat at the time of this writing. The public group is open to anyone who would like to join.
Click to expand...

It'll be fun to see the government try to stop this. I love watching fascists squirm and screech impotently about their authority. Take the L, bitches.

3D guns are okay in theory but I'd still be worried about build quality. Wouldn't trust my life to one but I'd try one.

Most people aren't gonna have access to metal printers tho

Texas Pride said:
3D guns are okay in theory but I'd still be worried about build quality. Wouldn't trust my life to one but I'd try one.
Click to expand...

Yea, I’d still rather buy my firearms the old fashioned way from a company that knows what the hell they’re doing, thanks very much.

Also, this 3d printing of guns bullshit makes it even easier for criminals to acquire untraceable weapons. Not exactly what we need right now.
I

The Wise Old Man said:
Yea, I’d still rather buy my firearms the old fashioned way from a company that knows what the hell they’re doing, thanks very much.

Also, this 3d printing of guns bullshit makes it even easier for criminals to acquire untraceable weapons. Not exactly what we need right now.
Click to expand...

You'd think if this was so valuable for murders or crime that a bunch of the criminals would be using them. They aren't. We also have a right to build our own guns.

The Wise Old Man said:
Yea, I’d still rather buy my firearms the old fashioned way from a company that knows what the hell they’re doing, thanks very much.

Also, this 3d printing of guns bullshit makes it even easier for criminals to acquire untraceable weapons. Not exactly what we need right now.
Click to expand...

There’s a guy who wrote an entire book detailing how to make a fully-functional 9mm submachine-gun out of sheet metal and some tubing, which can be found here.

who's gunna be the next mexican joker ? tesseract or cunth??
You must log in or register to reply here.