The Kids in the Hall are back.

Look who is back. They dug them back up.


I don't know if they will do all the old characters.
M

Give me that shovel.

At least they are all alive.

The Pythons are starting to die off.

I always get this mixed up with The Whitest Kids You Know. And it turns out Trevor Moore from that show is dead. Welp.

After all these years, they probably felt that they had some new material to do.
I would like to see it go for a couple of seasons.

TheMan said:
I always get this mixed up with The Whitest Kids You Know. And it turns out Trevor Moore from that show is dead. Welp.
Click to expand...

Yeah. He got drunk and fell off his balcony. 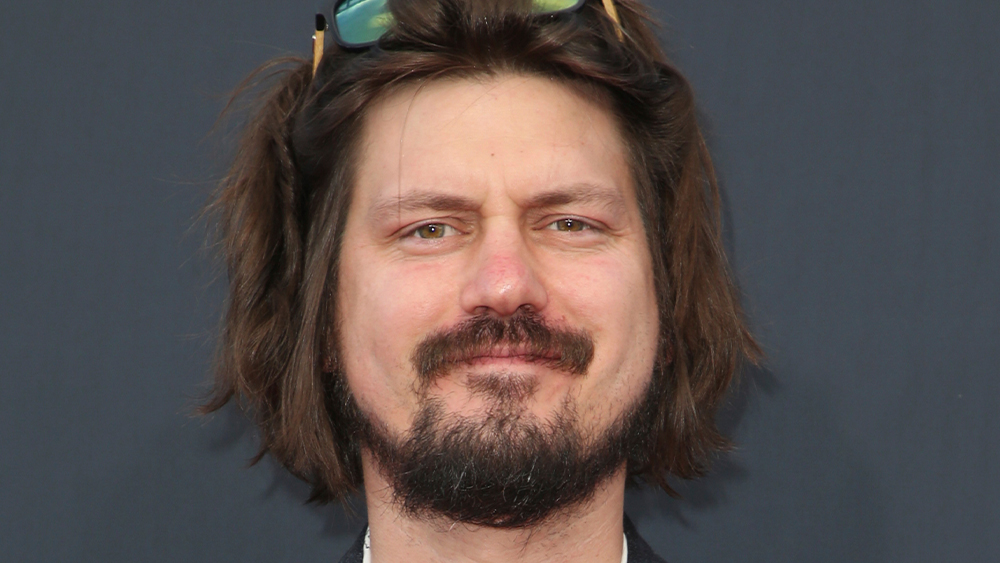 The Los Angeles County Medical Examiner-Coroner has ruled the death earlier this year of comedian, actor, producer and sketch-comedy group The Whitest Kids U Know co-founder Trevor Moore an acciden…

Dave Foley, feel bad for him with his train wreck of a divorce. Saw Scott Thompson emcee a stand up comedy event in Toronto a few years back and he was so unfunny it was almost awkward. I need to watch that movie they did again, Brain Candy. I remember liking it. “Life is short life is shit and soon it will be over”
J

Krathoon said:
I don't know if they will do all the old characters.
Click to expand...

Certainly looks like a lot of the old bits. I hope they saved "I crush your head" vs "I squish your face!" for the show, the invisible knife/gun is probably the next evolution of that skit.

The trailer looks like they will mock modern wokeness and they seem to realize they were a pretty monolithic gender/ethnic troupe. I suspect they will go after EVERYONE though, as any comic should. So long as their timing is good and it isn't just cheap shock jokes that go on too long, I'm pretty hyped for this.

Really, I need to play some of the old episodes.
I forgot allot of the skits.
I have them all on DVD including Brain Candy and Death Comes to Town.

Hope they bring an updated old lady skit:
From a "Kids In The Hall" skit....

Mark as an old lady, solving a crossword puzzle in her garden:

Mark: I'm all in favor of certain people having their own, you know, lifestyle, but...why did they have to take the word "gay"? It's such a lovely word! They've...they've robbed the English language of a beautiful word. I...they have. I mean, now if I say to one of my friends, or one of my friends asks me, "How is your son or daughter feeling?", and I say "Oh, they're feeling gay"...it's a scandal. I've had to stop using the word altogether. Oh. So they've taken "gay" away from us. What was wrong with "pervert"?

And you can't use the word "faggot" anymore either, you...it used to be a lovely bundle of sticks. On cold winters' nights you'd throw another faggot on the fire. But now they work in restaurants, making your salads, being snotty and still expecting fifteen percent.

Well, I guess I'm just supposed to fade away, in silence...or be modern and accept it. Fine. I guess I'll just have a Fuck Off. Oh, that used to be a summer drink, you know.

Older Men in the Hall.

There are lots of full episodes posted on YouTube from the original run if anyone was pining to watch it.

I remember in college that they were showing old episodes on Comedy Central. That was 20 years ago. The show was already getting old back then.

Comedy Central was great back then. They would show Monty Python and old stand up specials.

It is taking forever for this to roll around.

I wonder how past sketches like running ***** would do now?

Jaybe said:
Dave Foley, feel bad for him with his train wreck of a divorce. Saw Scott Thompson emcee a stand up comedy event in Toronto a few years back and he was so unfunny it was almost awkward. I need to watch that movie they did again, Brain Candy. I remember liking it. “Life is short life is shit and soon it will be over”
Click to expand...

Brain Candy was a great movie, was expecting it to be more like their skit material but it was so much more. I haven’t seen it in probably 20 years myself, time for a repeat.

Yeah. Brain Candy was mostly new material. So was Death Comes to Town.
I never really found Scott Tompson all that funny. I run into that with Bowen Yang too.

Watched a few episodes of the original run. Wow. They could not do any of that today.

Here is a movie.

This show was huge for my bros and i back in the day. Before the ability to call up media with the fingertips, you had to schedule your day just right and then hope that Comedy Central was running a good episode. Sketch comedy was pretty damn hilarious back in the 90's.

As far as a reunion/come back I bet they still got the goods, I just don't have time for it these days.

2010's League Of Gentlemen-inspired Death Comes To Town mini-series was really good. So pretty optimistic the Kids can pull off a proper return.

What always amazed me is how well they could play women.

Krathoon said:
Here is a movie.

this movie is fantastic

more like Midlife crisis in the hall am I right??

the crushing your head guy better come back..

The new episodes are on. You are in for a surprise on that first episode.

I watched the first two episodes. The second one is funnier. Definitely R rated humor.

Imagine the TV show, but uncensored. I am surprised Amazon let them do it.

Imagine the TV show, but uncensored. I am surprised Amazon let them do it.
Click to expand...

You can see how they woked it though. Was a bit irritating and forced uponl Still reminds me of better times.

I think the first sketch did permanent psychological damage...

And the drop average skit, and Shakespeare bust, and that's just about it for the entire season. Sad situation for a group of such talented performers. They're still great, but the writing just isn't there.

I watched half of the season. Mike Myers pulled that nudity crap in his show too.

Krathoon said:
I watched half of the season. Mike Myers pulled that nudity crap in his show too.
Click to expand...

I'd suggest not watching the rest. The strongest skits by far were in the second and third episodes.
You must log in or register to reply here.

Do kids still get disciplined at school?
2

Krathoon replied
Aug 2, 2022
Would you trust a really young plumber or repairman to do work on your home?