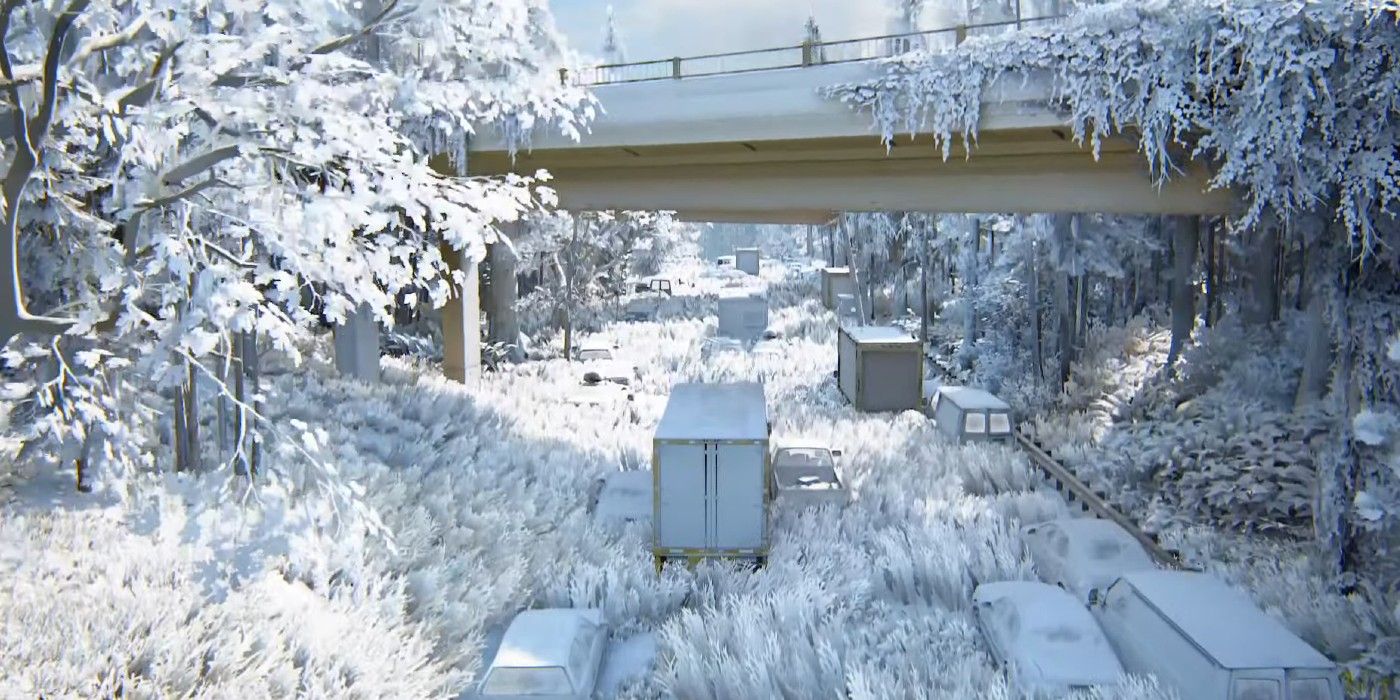 A new mod for The Last of Us Part 2 manages to make Seattle look simply magical, by adding snow to the game’s post-apocalyptic landscapes. The Last of Us Part 2 is fast approaching its first anniversary, but even nearly 12 months after its release, it is still one of the most hotly discussed videogames today.

However, one mod has managed to turn even some of The Last of Us Part 2’s drearier scenes into a stunning winter wonderland. Created and shared by Youtuber Speclizer, the Always Snowing mod adds a heavy dusting of the white stuff to all areas of the game. The results are beautiful and work surprisingly well in many of the game’s maps where it is not normally present. It is slightly jarring to see Joel push Ellie into what now looks to be exceptionally cold water, but otherwise, the snow adds a charming and magical element to TLOU2’s environments.

Looks like they just turned most of the textures off?
Reactions: Three, IbizaPocholo, kikonawa and 2 others

My favorite part of Winter is the first time the weather turns my car, tires and all, completely white. Same with tall grass. I see a lot of games do that fake, lazy shit where snow covers foliage, and it's like, come on, you people live on the same planet I do, right?
Reactions: mckmas8808

How are they moding the game?

IntentionalPun said:
How are they moding the game?
Click to expand...

IntentionalPun said:
How are they moding the game?
Click to expand...

wtf is going on here

llOswaldll said:
wtf is going on here
Click to expand...

Some streamer who was emotionally wrecked thinking Joel died in the university in TLOU. Probably on suicide watch after Druckman's masterpiece.
Reactions: BPX, llOswaldll and mckmas8808

This is SO GREAT!!!!
Reactions: llOswaldll

The meme guy with the ryan renolds "but why?" gif didn't show up today for work.

Reactions: SwitchStation Series OneX
You must log in or register to reply here.

Girlfriend Reviews - Redditor on Last of Us 2 subreddit sent death threats to himself and blamed us.

Mar 27, 2021 started EverydayBeast
May 29, 2021
Bartski
2
Trailer The Last of Us Part 2 Has a Secret Animation That Allows Ellie to Catch Ammo Midair

Feb 2, 2021 started IbizaPocholo
Feb 3, 2021
GymWolf
Court Documents from the Epic vs Apple case show Xbox's internal review of The Last of Us Part 2, and it reads a bit like a review