MPC - PlayStation – The Last of Us Part II

The launch film for the upcoming Naughty Dog game ‘Last of Us Part II’, set to be released on 16 June, shows the return of the character Ellie as she embarks on a relentless journey to carry out justice and find closure for her previous losses. The film, directed by MPC’s Morten Vinther, with-end to-end production from MPC including previs, motion-capture production, VFX, and grade, brings the gaming world to life entirely in CG.

The action-packed 60-second film, for the highly anticipated game, opens on a close-up of Ellie, playing guitar and singing the New Order anthem ’True Faith’. It then quickly match-cuts to Ellie running through a hospital interior, chased by her adversaries, nearly ambushed by infected humans, and engaging in hand-to-hand combat. She barely escapes the building and evading her pursuers behind a car, before dramatically confronting her enemies.


This global effort, was led out of the LA studio, spanning across our studios including London and Bangalore. Senior Producer Mark Driscoll notes, “This is the first project we’ve done of this caliber, not only technologically, but from a production stand point…It’s been incredibly powerful to work on, and I don’t think anybody’s gone to the level we’ve done before.”


Morten comments: “From the outset, our goal was to create a cinematic experience, which inherently felt authentic. Finding the right balance of emotional performance in an already established game character was a great challenge. Our quest for authenticity drove us to a series of unique choices when it came to the performance capture techniques, virtual cinematography, lensing and texture of the film – all solidly anchored in the real physical world. The combination of great performances and the thrilling camera work by Colin Watkinson has been superbly elevated by the unbelievable artistry and expertise of the MPC team, led by Dan.”
Click to expand...

MPC’s role was integral in helping Naughty Dog achieve their vision of creating a photorealistic version of Ellie. Explaining the sheer scale of the task at hand, Visual Effects Supervisor, Dan Seddon says: “This project was very interesting in that we had to create a character that had never been seen in the real world before, that’s not based on a real human being, it was fully synthetic, although she needed to look real and believable, but we didn’t have a real world reference point.”


Animation Director, David Bryan, adds: “Our aim was to create a performance that the viewer would connect with emotionally and physically. Animating such a wide range of characters meant that we had a lot of emotions and personalities to portray. For Ellie alone, we were challenged with an expressive performance that would transition between sadness, fear, pain, despair, anger and love.”
Click to expand...

Senior CG Character Lead, Pascual Rubio Carrera, explains: “The eyes and the face are what’s really going to capture the essence of the character, and really bring them to life.” He continues by saying, “It’s amazing how complicated the human body and face is and how hard it is to achieve something that is natural and realistic.”
Click to expand...

To help bring a high level of authenticity to the film, MPC used motion capture to obtain some of the incredible physical performances you see in the film, that were then remapped onto a digital character. Two different types of performance capture were used, one was a four-dimensional capture, that takes a scan of a face on every single frame, providing micro-movements that wouldn’t be possible with other forms of capture.


Dan explains: “We were not able to go out and scan her head and micro skin details, but what we could do is take the asset that the game studio provided to us, refine those details, sculpt and then marry with the available libraries for micro-details that different people have in their skin. By finding someone that had a similar fit to Ellie we could take those details and enhance the Ellie asset, creating a photo-real, believable character.”
Click to expand...

Creating Ellie was one of the most intricate parts of the post-production, it was also a huge task to create the environments that you see throughout the film. To bring the environments to life, the team researched the different types of foliage and vegetation that lie in Seattle (the locale of the game). CG Supervisor, Julian Fitzpatrick, comments: “We started developing the assets before we shot the virtual cameras. It was a big task to break out these environments and render them multiple times at 4k resolution.”


Compositing Supervisor Oliver Caiden adds: “The CG assets were of the highest quality, but if we wanted to re-render any assets, change texturing, or really get into the micro details, we would take that back into comp, where we would re-project textures and make sure that anything that was at 95% could be taken to 100%, to really get those extra few points of detail.”


One of the most challenging moments in the film was the indoor sequence, Creative Director, Anthony Bloor, explains: “In a dark corridor with little illumination from the outside and the only artificial light coming from Ellie’s flashlight, it was a creative challenge to create plausible and dramatic lighting. We were able to go way beyond what would be possible in a real shoot, even down to timing the flashlight bouncing on her dynamic shirt, would be made to hit certain items at just the right time to bounce the light back into her face.”


Morten concludes, “We felt an incredible sense of pride that Naughty Dog trusted us with what is essentially their baby, this is something that Neil and the team at Naughty Dog have been working on for the past 12 years, maybe longer. And for them to trust us with creating this beautiful film for them, and to portray Ellie in a way that the world has never seen before was a huge deal and honor for us. I’m very excited that the film is finally out there and I hope that all the fans will enjoy this unique moment in Ellie’s life.”
Click to expand...

Damn. The success of this game is literally keeping some of you awake at night, isn't it?

How they transformed ellie in gollum is breathtaking.

Wasn’t particularly impressive but good for them? IDK

Are we happy or triggered about this?

This is positive, interesting news, you tard.

Judging from yours, Bo Hazams, Ethomaz, and a few others from the resident Sony Mafia, posts the last few days, i think its you guys who are triggered over the fallout.
You seem incapable of any kind of discussion on the matter, you just see fanboys in your soup.
This is actually in no way linked to the negativity.

I imagine the constant fellating your end garners much the same result.

Pretty sure they've made all the CGI ads for Sony over the last few years.

Stuart360 said:
Judging from yours, Bo Hazams, Ethomaz, and a few others from the resident Sony Mafia, posts the last few days, i think its you guys who are triggered over the fallout.
You seem incapable of any kind of discussion on the matter, you just see fanboys in your soup.
This is actually in no way linked to the negativity.
Click to expand...

I don't know who did or who didn't, but it's been a great week to be a PS fan, what with the PS5 aftermath and a lot of great games and fun design (I think) to discuss.

A PS fanboy on the other hand? Trying to astroturf how Sony makes the single greatest games ever, TLoU2 is a masterpiece, and critic scores are always right, must be a nightmare right now. It'd be sad if it wasn't so funny to watch them fall apart in real-time.

Plot twist: it’s the trailer for the PS5 remake.
A

Edit -> tweets were taken down. Damn

Aggelos said:
The Last of Us Part II CGI Promo was made by Moving Picture Company

MPC - PlayStation – The Last of Us Part II

Great details
Let's hope for a good movie
A

You mean the TV adaptation by director Bo Johan Renck?
But this ain't gonna be CGI. 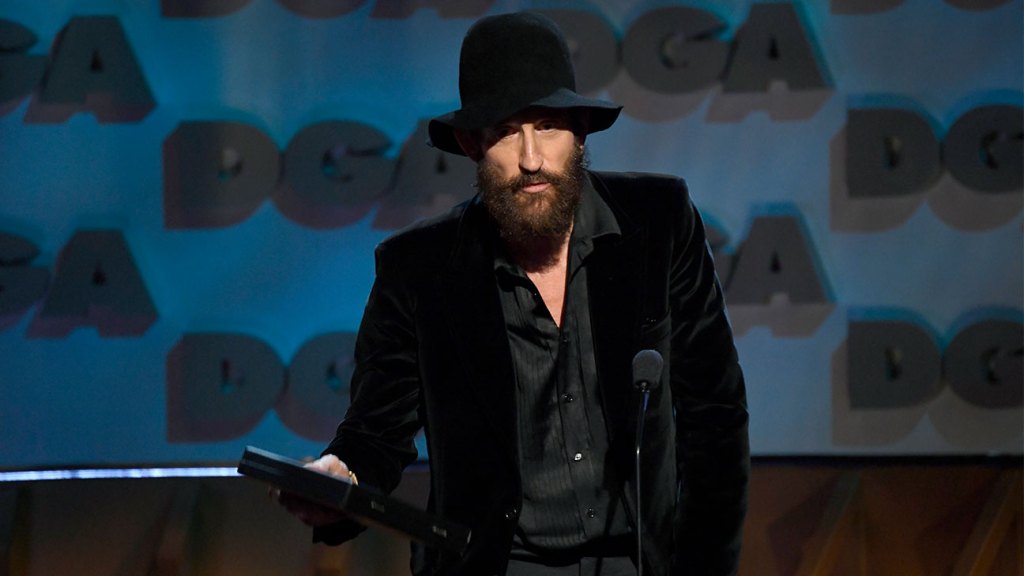 Emmy Award-Winning director Johan Renck looks back on 'Chernobyl' and gives an update on HBO's adaptation of 'The Last of Us'.

Aggelos said:
You mean the TV adaptation by director Bo Johan Renck?
But this ain't gonna be CGI.

Emmy Award-Winning director Johan Renck looks back on 'Chernobyl' and gives an update on HBO's adaptation of 'The Last of Us'.

Oh, right.
I almost forgot about that detail.

I dont get it.

Are we going to point out every company that worked on TLoU2?

Oddvintagechap said:
I dont get it.

Are we going to point out every company that worked on TLoU2?
Click to expand...

Please post a new thread for every detail we uncover about the concepting, production, marketing and reception of The Last of Us Part II okay thanks

Excellent trailer and no doubt we'll get there in graphics one day.

Hmm might have to make something out of her.

iconmaster said:
Please post a new thread for every detail we uncover about the concepting, production, marketing and reception of The Last of Us Part II okay thanks
Click to expand...

Well, Moving Picture Company (a.k.a MPC) is a stellar company. It's a household name among bisual effects and computer animation companies all over the world. It simply holds sway over the visual effects frontier, worldwide mind you. They're movers and shakers of the industry which means that they have be doing a fantastic job over the years.

Besides, we should be asking for this kind of highly-detailed models and environments, should there ever be a TLoU2 Remastered for PS5.
A potential PS5 Remastered version should be benchmarked against this CGI commercial here, that MPC's created.

Other globally renowned companies are :

skneogaf said:
Excellent trailer and no doubt we'll get there in graphics one day.
Click to expand...

I think that we are pretty close to this graphic today.
But maybe with the nextgen
You must log in or register to reply here.

Represent. replied
Jun 15, 2022
IGN: The Last of Us Part 2: How Naughty Dog Created Its Most Terrifying Monster
Opinion Trailer

It's all in the wrist replied
Oct 2, 2021
The Last of Us 2’s Jeffrey Pierce Says the HBO Series’ Scripts Are “Breathtaking” and the Best He’s Seen
Opinion Business

BusierDonkey replied
Jul 23, 2021
A Naughty Dog designer breaks down the level design of the Mall Infiltration in TLOU2
Game Dev 2