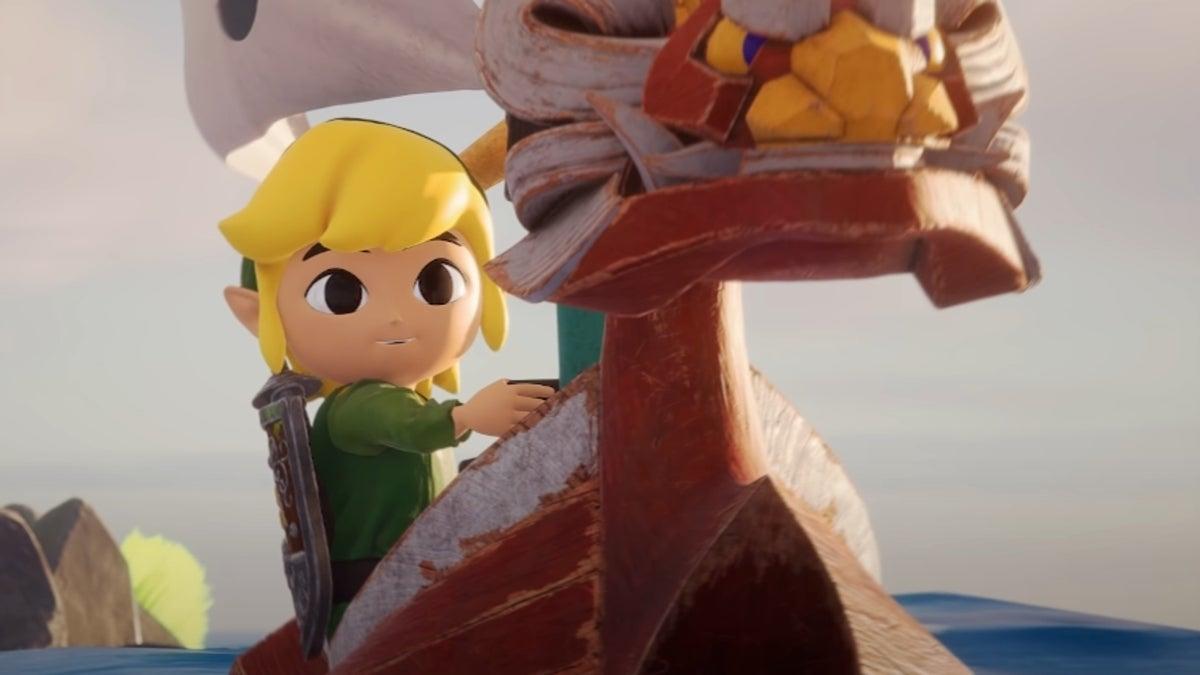 The Legend of Zelda: Wind Waker Remade By Fan in Unreal Engine

One fan of the Nintendo GameCube classic The Legend of Zelda: The Wind Waker has recreated the [...]


The video itself, was created by one Vitor Maccari, who shared the resulting product on his own YouTube channel. Maccari said that he had been looking for a project to tackle that would help get him more familiar with using Epic's Unreal Engine. While this venture was done primarily to learn how the creation software worked, he also said that he wanted to have fun in the process. As such, he thought that remaking The Legend of Zelda: The Wind Waker would allow him to get more enjoyment out of the process.

Speaking more to how he was able to pull this off in the first place, Maccari said that he reused the animations he created for Wind Waker project that he worked on earlier in 2021. "I've reused the animation and the 3D assets from a short movie I made a few months ago. I've also modeled some new assets like grass, palm trees and rocks," he said of this creation process. "I've made the handheld movements myself with my DSLR camera. Then I tracked the shots using Nuke (Software) and imported them to Unreal."
Reactions: catvonpee, Ryu Kaiba and fersnake

Is this going to be released?
Last edited: Aug 8, 2021
Reactions: NeoIkaruGAF

It doesn't look like he remade anything. Just a CG-style movie snippit.

Yeah no. WWHD did the trick already.

It is just a short video really...

Way too uncanny-valley-ish for me. I honestly really dislike the look. They took an art style that looked great in cel-shaded graphics and tried to make it work in realistic 3D. Yeah, not a fan.
Last edited: Aug 9, 2021

clem84 said:
Way too uncanny-valley-ish for me. I honestly really dislike the look. They took an art style that looked great in cel-shaded graphics and tried to make it work in realistic 3D. Yeah, not a fan.
Click to expand...

Mostly agree but I don't mind the Link model tbh.

Looks like a student showreel. Windwaker was unique because of the cel shaded art style, take that out and you have something quite generic looking. Water is nice though.
S

Link looks like he has too many chromosomes.
Reactions: NeoIkaruGAF

Where is the Switch version ? I won’t buy a WiiU for that
Reactions: Sub Boss

So now Link is a toddler.
Reactions: clem84 and NeoIkaruGAF

Nintendo is going to fuck this guy up.
Reactions: Mr.ODST

Is this going to be released?
Click to expand...

I dont know if you know, but Nintendo Ninjas are already hunting this person down for even thinking of releasing it.

Looks lovely as a standalone project, great work by the artist.

However, as a Wind Waker "remake" it loses a lot of the charm and visual distinction from the original, in my opinion.

Sunday at 2:34 PM started ManaByte
Yesterday at 10:14 AM
GymWolf
2
Trailer Indie BioShock Gets a Stunning Remaster in Unreal Engine 5, Thanks to a Fan