I'm sure many people wonder why Super Metroid is the GOAT just like I wonder why Babe Ruth is the GOAT. So here's the moment the game turned from great into legendary for me. In return, I'd like to hear about the moment when any game did the same for you.

For me, it was when I was trying to bomb jump, which requires allowing vertically placed bombs to launch you in the air successively while in morph-ball form. An item was located in the wall, and it was clear I had to bomb jump because the hole in the wall was only one block high, too small to enter without being a ball.

It was rough. I tried forever, thinking logically that I should place each bomb at the height of each jump. For you experts, I was attempting the 2BJ without knowing that the IBJ, 3BJ, and HBJ even existed.

Then I thought, "This game is thematically all about clues. There is a clue for everything. So the clue for where to place each bomb must be on the wall I'm trying to scale." I knew I had it then, so I smiled to myself.

Then I thought, "What if the clue actually wasn't shown?"

As soon as I thought that, I got a sinking feeling in the pit of my stomach. I couldn't tell you why, and I still can't account for it. Rationally, I should have smiled to myself again, but wider, for figuring out the true answer. But I didn't. All I could think was that this would be legendary if it worked.

I tapped the bomb button to the beat of the music, and I was soaring.
Reactions: Rodolink, EL BABE, Kuranghi and 9 others

Grim Fandango when you get to Rubacava. Game went from awesome to magic. Just straight up magic
Reactions: Kuranghi, Josemayuste, amigastar and 5 others

TLOU II when you actually have to fight you know who at the first of many endings. That was mindblowing.
Reactions: Josemayuste, Raonak, Kokoloko85 and 5 others

Dogs jumping through the window in Resident Evil
Reactions: EL BABE, Kuranghi, Polelock and 20 others

MGS4 when you meet Big Boss
Reactions: Kuranghi, Raonak, Tazzu and 11 others

Too many to tell them all but to name a few God of War PS4 did it for me when
he got the blades of chaos back
Demon soul's PS3
the dragon god of 2-3.
The last of Us 2
the descent of a tower from top to bottom by Abby. Amazing atmosphere and lot of stressful yet fun moments . For that king of moment I would welcome a TLOU3
Metal Gear Solid 4
return to shadow moses and the Metal gear fight .
Reactions: DelireMan7, Raonak, Ian Henry and 6 others

Tekken 2. Putting the CD in the PlayStation the see the cinematic intro.
Reactions: Polelock, Bert Big Balls, Ian Henry and 4 others

So many... but what jumps to mind for me is the Elder Scrolls: Oblivion. From starting in rags to that moment when you finally deck yourself in Plate armour and ride out like one of the knights from Excalibur... 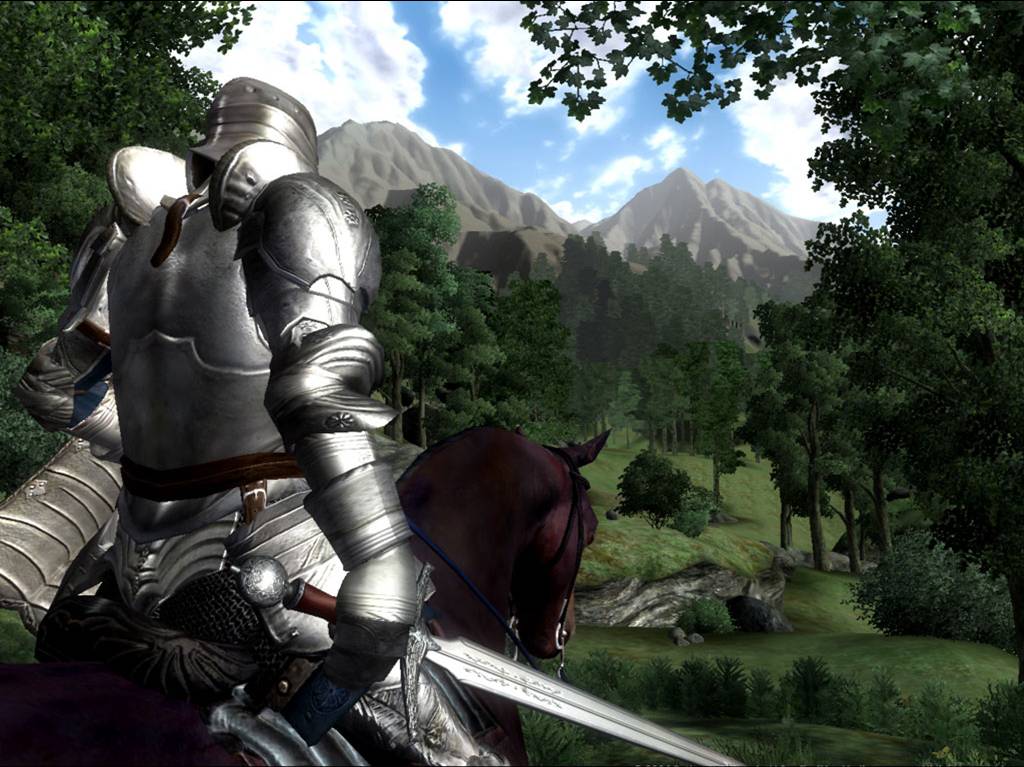 Skyrim, which completely ignores the main story, so you cab do whatever the hell you want. It was a chefs kiss.

Me on skyrim after that

The last guardian, when the siren rings at the top of the tower and you realise everything that was going on in the next 30 seconds.
ICO when you the bridge separates and you have to decide to go back to save Yorda.
SOTC when you realise you cannot escape your demise at the hand of those villagers, even though you try furiously.
In that order.
Reactions: Kuranghi, Withnail, Ian Henry and 5 others

Banging that first chick in Leisure Suit Larry 1 without a condom and dying.
Reactions: Fuz, Kuranghi, FreedomOfSpeech and 6 others

Bloodborne -
in Nightmare of Mensis, after lowering the brain, you go meet with it. You use gesture that was supposed to be invented for contacting with Great Ones. After some time you recive a run from the brain. Runs were words of the Great Ones. You just got yourself a chat with one of them. Mindblowing. Especially that you need to combanie the facts to do that and understand what it means.
Reactions: Raonak, Kokoloko85, Fake and 5 others
Y

Would be nice to use spoilers guys. Anyway, GTA V in the showdown after a little trip
Reactions: Bluecondor and myfriendtim

Hyrule Field, of course.
Reactions: Griffon, Rodolink, Kuranghi and 7 others

When you time travel back to the EGA version of Space Quest 1 with Roger Wilco in his VGA form.
Super Mario Bros 3

The giant world where all the enemies, bricks, and powerups were giant sized.
South Park: The Fractured But Whole

The tire scene after you spent so much of the game trying to rescue one of the people who got burned in a stack of tires.
Reactions: myfriendtim

All the 4th wall breaking that happened in Metal Gear Solid. Mindblowing experience at the time.

Psycho Mantis calling me out for playing Castlevania was my moment.
Last edited: Jun 17, 2021
Reactions: EL BABE, Kuranghi, SuperBabyMethod and 9 others

Riding the elevator down from the Undead Parish into Firelink Shrine in Dark Souls 1.

Not only was it a massive sigh of relief to be back in a safe area after pushing forward into the unknown for so long, but it was a realization that the world is massive and fully interconnected.
Reactions: Azaroth, truth777, FunkMiller and 4 others

Sword + guns in Devil May Cry.
Reactions: Raonak and myfriendtim

Ghost of Tsushima -
Becoming The Ghost. When you take that Genrals head clean off and the screen goes black and white, oh man. Then proceeding to chase the Mongols out and butchering anyone in your wake.
Reactions: Kuranghi, Raonak, Dynasty8 and 6 others

I'll see you on reseterror!

Majora's Mask - "You've met with a terrible fate, haven't you?"

Lots of great moments that elevated games for me.
Reactions: Kuranghi, fatmarco, Ian Henry and 4 others

Trails in the Sky: the part where Estelle and her stepbrother accidentally see each other naked and realize they want to bone.

As someone who’s absolutely terrified at the idea of approaching a girl, I always fantasize about having a non-threatening, sisterly (yet smoking hot) female friend and then getting spontaneously un-friendzoned like that.
Reactions: Kokoloko85 and myfriendtim

God of War (2018) return to the house and the first fight after
Reactions: Raonak, Ian Henry, BaneIsPain and 6 others

Getting the light saber in Jedi Knight dark forces 2

Seeing Samus as a woman in Metroid

The first time you do a Heist in GTA5

Getting over the mountains in RDR2

SMB3 when you slide down the hill in World 1-2

your first step in Mario 64

When you punch the head off the magician boss in Kung Fu....and the fuckimg thing grows back!
Reactions: myfriendtim and Spearheadz

Yselacrey00 said:
TLOU II when you actually have to fight you know who at the first of many endings. That was mindblowing.
Click to expand...

I finished TLOU2 and I don't even know what this is referring to lol.
Reactions: myfriendtim and ZehDon

Bartski said:
God of War (2018) return to the house and the first fight after
Click to expand...

Was gonna say this .. but in more spoilery detail. I respect your restraint

Curse you, you stole mine

Okay then - Oblivion when you escape the sewers..
Reactions: myfriendtim, Guilhermegrg and Krappadizzle

The moment I realized I could actually save Meryl in MGS and it would just cost me my right index finger.
Reactions: myfriendtim and Raonak

When you drop down the air duct in Hollywood Holocaust in Duke Nukem 3D. Do you try to find a way into the cinema on the left, or do you explore the building on the right? Or perhaps do you go down the dimly lit road with the burning dumpster? 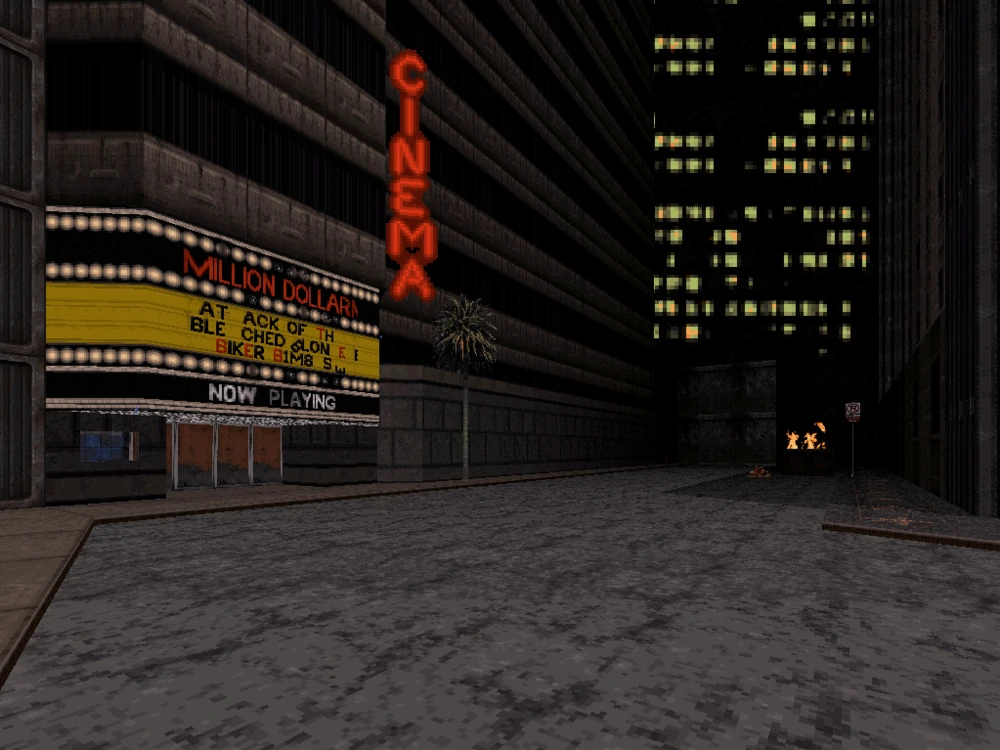 Morrowind when you leave the Census and Excise building in Seyda Neen.
Reactions: myfriendtim and Guilhermegrg

Pretty sure that's a glitch, read a thread on here about it.
Reactions: myfriendtim and kretos

Nier Automata when this scene happened.

Coming across the Flood on a blind first playthrough of the original Halo was a pretty big one. And if that didn't do it for you, that final warthog level should have.

The first step along the path to the true ending in Aria of Sorrow.

And I don't know if many others can relate to this, but that first jump button after collecting enough agility orbs to level up in Crackdown instantly hooked me for the rest of the game.
Reactions: EL BABE, fatmarco and myfriendtim

Shadow of the Colossus (you all who played it know when) If up to that point it wasn't already legendary enough, that shocking reveal and the dramatic resolution sent a shockwave of emotions and goosebumps that touched infinity, hence Legendary.
Last edited: Jun 17, 2021
Reactions: myfriendtim and Kagero
M

When you were going down the elevator in Cyberpunk2077, frame rate struggling to survive, the door opens and the game ....... Crashes.

That's how I knew, we were in next gen.
Reactions: EL BABE, myfriendtim, Raonak and 3 others

My earliest memory of such phenomenon is when I realized how civilization 3 works, what I'm supposed to do and so on. I lost many nights and hours after that.

My latest memory of such phenomenon is when I understood how bloodborne works and how to level in it (it was my first FromSoftware game). It became one of my favorite games and my fondest memories in gaming.
Reactions: myfriendtim
G

Bioshock... when you finally meet Andrew Ryan and you realize what has been going on all this time.
Reactions: EL BABE, myfriendtim, Guilhermegrg and 4 others

Metal Gear Rising - As soon as it starts. Raiden throws and slices the shit out of Metal Gear Ray in the opening... with ease...
Reactions: myfriendtim and Raonak

The opening of Ghost of Tsushima, when it transitions from a cutscene to actual gameplay while you're riding your horse. Amazing visuals and amazing even on a base PS4. Absolutely epic and set the tone solidly for the rest of the game.

Chrono Trigger when betting the guy who was supposed to be the final boss is just the halfway point.
Reactions: myfriendtim and ZywyPL

Ocarina of time, when you finish the game and leave master sword and Navi behind (you know the music play, bell sounds etc). I was a kid and I felt so many things, excitement, happiness, sadness and more. I could not handle it and start crying. Damn that moment made me a gamer for the rest of my life.
Reactions: Kuranghi, myfriendtim and TikiLagoonSam
You must log in or register to reply here.