"It was developed over five years by Japanese developer Daisuke "Pixel" Amaya in his free time." He began the project when he was in college and continued working on it after getting a job as a software developer.[22] He started by writing the title screen music and programming rudimentary character movements.[23] The idea for the cave setting evolved spontaneously when he created a number of enclosed spaces.[24] Amaya admitted this lack of planning caused "problems down the line" because he did not have dedicated map editing and data management tools.

" Eric "ConcernedApe" Barone developed the game by himself over four years." In 2011, Barone had graduated from the University of Washington Tacoma with a computer science degree, but had not been able to get a job in the industry, instead working as an usher at the Paramount Theatre in Seattle.[6][7] Looking to improve his computer skills for better job prospects, he came to the idea of crafting a game which would also pull in his artistic side.[6] Growing up in the Pacific Northwest, Barone incorporated many elements of the region into the gameplay and art.

Papers, Please
Lucas Pope opted to leave Naughty Dog around 2010, after Uncharted 2: Among Thieves was released, to move to Saitama, Japan, along with his wife Keiko, a game designer herself. Part of this move was to be closer to her family, but Pope also had been developing smaller games along with Keiko during his time at Naughty Dog, and wanted to move away from "the definite formula" of the Uncharted series toward developing more exploratory ideas for his own games.[7][8] The two worked on a few independent game titles while there, and they briefly relocated to Singapore to help another friend with their game.[7] From his travels in Asia and some return trips to the United States, he became interested in the work of immigration and passport inspectors: "They have a specific thing they’re doing and they’re just doing it over and over again."[7] He recognized the passport checking experience, which he considered "tense", could be made into a fun game.

Pope estimated that the game would now take six months to complete, though it ultimately took nine months.


Return of the Obra Dinn
Lucas Pope had developed an appreciation of 1-bit graphics used in many early Macintosh games. Following Papers, Please, Pope had wanted to use the 1-bit aesthetic in an experimental game, leading him to develop a game engine that allowed the player to move in a 3D space, rendered in a vintage style.

He considered Obra Dinn a passion project and did not pressure himself with deadlines or marketing.

let's sing praises and raise awareness of the hard work done by individuals who made entire games (or did the majority of the dev/art work)
Reactions: Daneel Elijah, NeoIkaruGAF, Belmonte and 4 others

death's door is made by 2 people.

Has a voluptuous plastic labia

Dust an Elyisian Tail is a masterclass in game design, pretty much all made by one person. Really one of my favorites actually, the gameplay is incredible and silky smooth. And I love the exploration aspects. 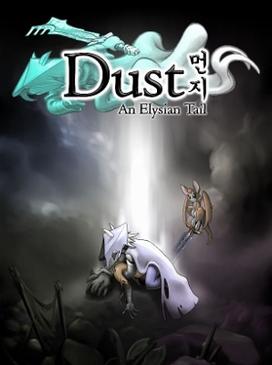 Pretty sure it was almost all Toby Fox and it’s a great game.

Stardew Valley is probably the most impressive.
Reactions: Topher and Cravis

I think Antichamber was made by one guy but I can't get a confirmation on it. Thats pretty awesome.

I gotta go with Axiom Verge. Tom Happ came in and dropped a warm plate of Metroid goodness on us that rivaled Nintendo themselves. It was a standout game that blew me away, and was a true Metroid inspired metroidvania. Absolute indie masterpiece. What a guy
Reactions: Belmonte and BPX

Axiom Verge. Didn't know Dust was made by one person.

unreleased still so dunno how "good" it will be, but Ghost Song by Matt White

Bernd Lauert said:
Stardew Valley is probably the most impressive.
Click to expand...

I decompiled the code when the game was first published. It was written in old XNA tech. As a non-gaming developer who writes a lot of code, I was looking over what he did and realized I could write this code. It wasn't that complicated. But that's when it becomes so ridiculously obvious that one guy doing this is insane. While I could write the code, I couldn't create the pixel art. I couldn't create the music and sound effects. Heck, I could not have made such a charming story.

Nothing in that game by itself is extraordinary, but the culmination of the parts into Stardew Valley is what makes it brilliant.
Reactions: DadEggs and Bernd Lauert

Eric Barone the thread. That man is magnificent when it comes to game development. Entire studios labor with dozens of employees and outsourced work for years working on life sim games and to date not a single one even begins to hold a candle to Stardew Valley. Imagine what he could do with a AA budget, complete creative control, and a team of a dozen or more developers.
Last edited: Jul 19, 2021

i heard something somewhere that Hideo Kojima had done all this magic all by his lonesome over the years..
LOL

and before anyone does a clap back... i love Hideo Kojima games and also say that he has an enormous ego!

This is all sarcasm so there..

JOEVIAL said:
Dust an Elyisian Tail is a masterclass in game design, pretty much all made by one person. Really one of my favorites actually, the gameplay is incredible and silky smooth. And I love the exploration aspects.

His art and animation are mind bending. Didn't much care for the game though.

Megaton Rainfall, it wasn’t the best game ever or anything but it was damn impressive for a single person to develop it for over 5 years.

Aside from the music, made by Gonzalo Varela , Fight'N Rage was made by one dev, Sebastian Garcia.

It is a really good beat em up which I recommend to any fan of the genre.

VALCON 82 said:
i heard something somewhere that Hideo Kojima had done all this magic all by his lonesome over the years..
LOL

and before anyone does a clap back... i love Hideo Kojima games and also say that he has an enormous ego!

This is all sarcasm so there..
Click to expand...

Almost had me you little fuckin punk

Shout out to Another world

[Game Informer] Inside The Mind Of PlayStation Studios' Hermen Hulst