Capcom says that there are secrets waiting to be discovered in the teaser video...

well here are the secrets that has been uncovered so far. 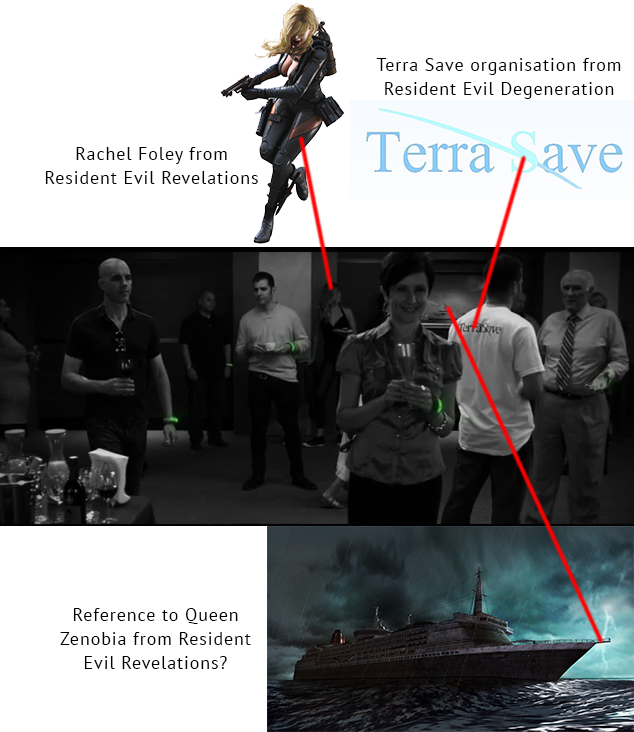 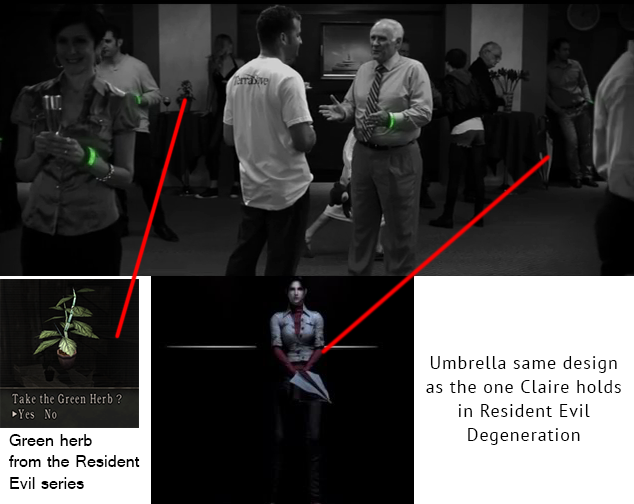 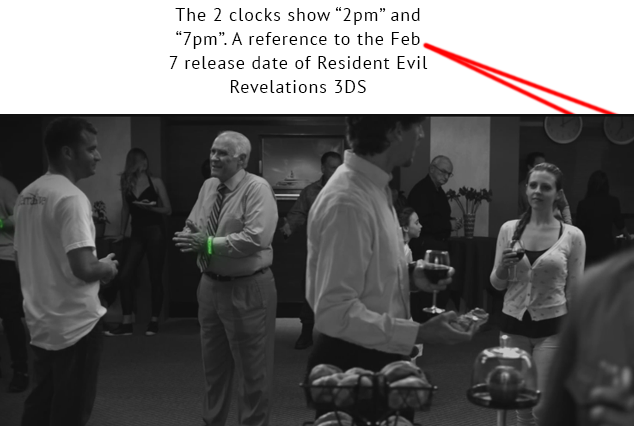 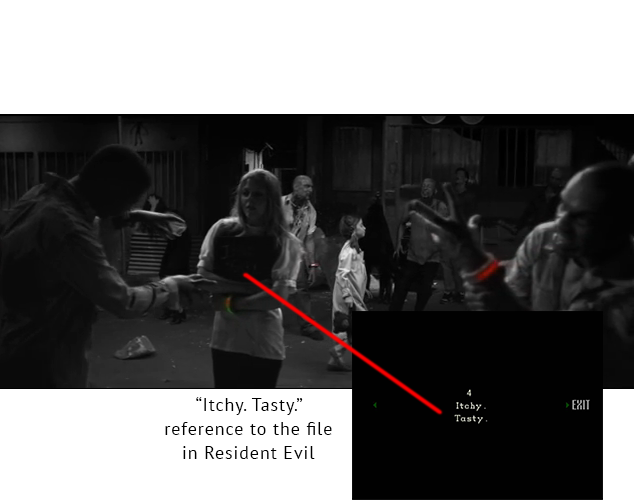 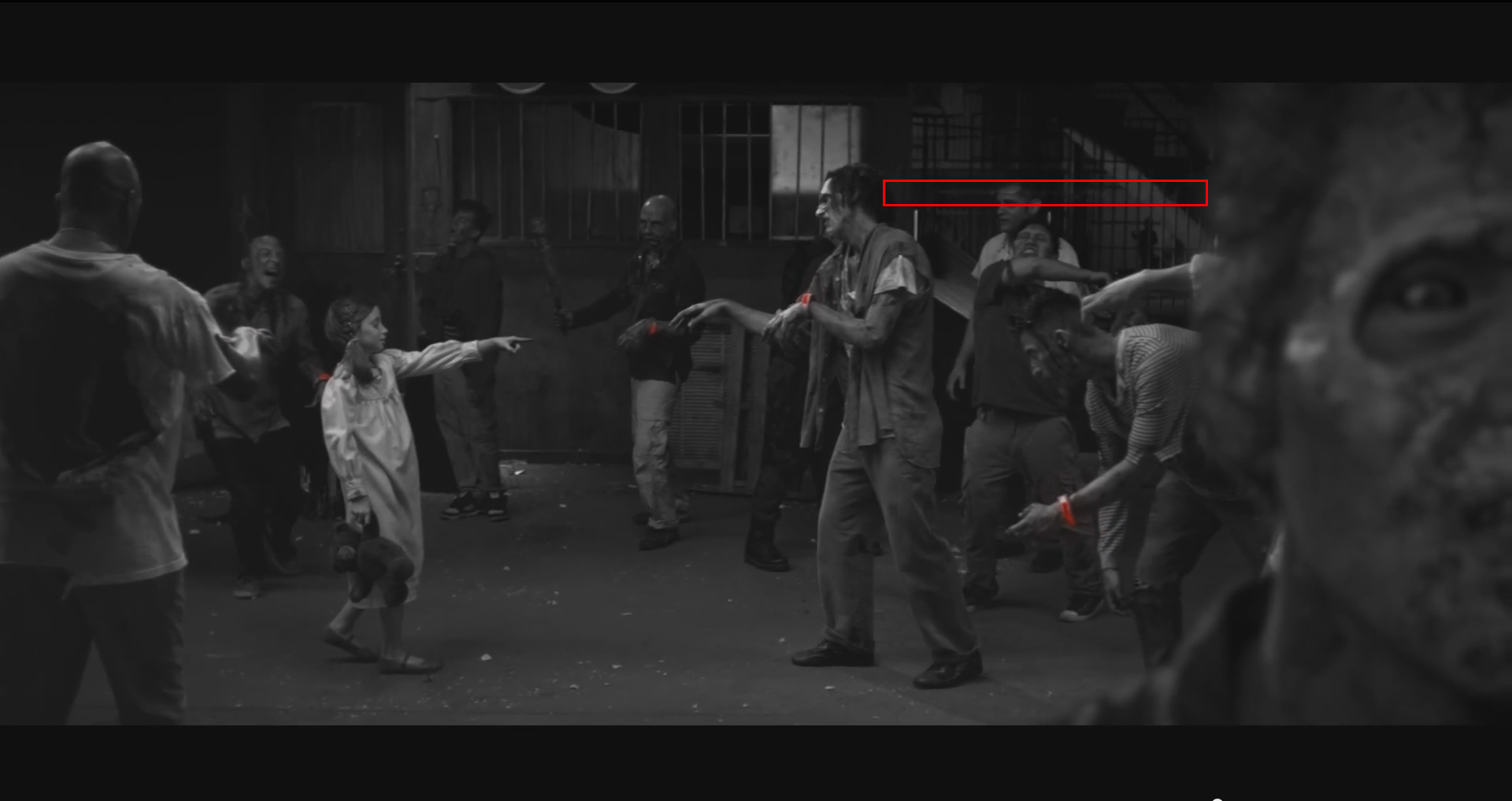 TerraSave is the only one I am willing to actually accept as evidence, but I'm sure once TGS begins and the playable demonstration happen we'll have a lot of answers.
P

This is some hardcore science going on.

I'm curious how many of these are just little nods or are actually relevant. We know that it's pretty likely Claire has something to do with the game at least.
Å

I would rather have them concentrate on in-game puzzles :S

I'm still trying to work out what the wristbands could possibly mean. Part of me thinks they just indicate when somebody is infected or will turn. As the girl walks into the zombie grounds, everybody's is red.

The itchy tasty girl also doesn't have a fully green band and it changes to be more red than green later on in the video. Anyone who knows about "itchy tasty" in Resident Evil knows that it represents somebody shifting from a normal state of mind to an infected one.

Which makes me think this is just hinting to us that the infection is controlled but not completely, so perhaps somebody is selling these wristbands to help people monitor their infection levels and perhaps control them.

EDIT: Or maybe we're going to be in this whole rich vs. poor dynamic where rich people can afford the wristbands to protect themselves but those in slummier areas cant?

I am thinking that the band is the thing which inject them with the virus. There's a guy holding his wrist as he turn. At the end of the video, there's a guy in a striking pose without the band, and he doesn't look to be infected.
S

Im calling it now, theres a section where you control the small girl inbetween the ship going bonkers.

That would be cool at least.

Also the bands are probably the ones you get at sea cruisers to drink as much as you want, and they are using them to infect people, or monitorizing or something similar.

And wait, why are you saying reference to Queen Zenobia? The whole trailer IS Queen Zenobia before the infection.

There's no zombie nor colored band in queen zenobia though.

Then again it doesn't really matter here. this is just a concept video, and thus not really canon.
S

ArtHands said:
There's no zombie nor colored band in queen zenobia though.

Then again it doesn't really matter here. this is just a concept video, and thus not really canon.
Click to expand...

I was saying it because that is indeed a ship and Rachel was there, so that made most sense, but yeah, I didnt remember they where no zombies in Revelations.
Maybe all zombies fell offboard before Jill got there? lol
G

Great analysis! i think we already have a lot of information, can't wait to see gameplay of it, hope it'll not disappoint me
A

HYPE for this game!

I just spotted something here. This one is a little harder to see

near the end of the video, you'll see something flying from the right side of the screen, towards the zombie's head. it leaves a trail of distorted air, kinda like a bullet in slow-mo

IDK if this is all intended or not but the TerraSave shirt was intentional, obviously.
N

If it's Capcom USA's shit, I wouldn't put much faith in it. Their stuff tends to have very little relation to the games other than namesakes. So while there are secrets relevant to the game here (TerraSave), the rest may very well just be random.
U

Why... would Rachael be in 2 after the first games events.
A

ubersticky said:
Why... would Rachael be in 2 after the first games events.
Click to expand...

Not at all. They are pretty much just references.
R

The only think that makes sense is Terrasave, the rest is just fun things for the fans.
R

Zombies? A little disappointing. I hope there are some neat tougher enemies.

Im curious what this games Extra Mode will be.

If it's raid again they better touch it up and give you more incentive to play and level.
T

I saw a comment on YouTube which said we see 'Rachel' at 00:30. Presumably Rachel from REmake? I didn't see it myself though; not familiar enough with the characters or overarching story to really notice this stuff.

EDIT - I haven't played RE Revelations so I'm probably wrong about the Rachel thing.

The Claire umbrella thing gives me hope. I mean FFS it's been over a decade since we saw Claire in a new game, come on Capcom.

Yay, my username has been referenced.

Looking forward to this, I think it's a good move for the series to carry on with Rev instead of just leaping ahead to 7. Hopefully they're looking very hard at what went wrong with 6.
S

Riposte said:
Zombies? A little disappointing. I hope there are some neat tougher enemies.
Click to expand...

Well there is always creatures of some sort.
S

There's a few other things to note in the video:

- There's a rough shape of a humanoid holding 2 sticks or weapons on a wall to the topleft, kinda looks like graffiti.
- There's a rather onimous looking cloak in the middle of the room which has a tiny bit of movement. You can see both of these in this picture:

- Near the end of the video, there looks to be someone behind bars holding something or someone. And then just before video ends, they're no longer holding anything.

This trailer reminds me of when they first announced Mercs 3D and they had the silhouettes of the entire cast, and you could tell by those silhouettes who each character was (and they weren't all officially revealed until a half year later). But I doubt there's something crazy like that to be found in this. Still neat they released a trailer like this with many hidden clues and references though.
Y

The music seems to be a new version of the menu theme from Revelations 1. Maybe the bracelets are hints to character colors?
J

I can tell with absolute confidence without looking at the tease that this game wont come to 3ds!
You must log in or register to reply here.