The Taint Bandaid Is Real Now

Last year, nestled among the booths at CES Unveiled, an untouched veggie platter, and hordes of tired tech journalists, I stumbled upon the taint bandaid.
gizmodo.com

Last year, nestled among the booths at CES Unveiled, an untouched veggie platter, and hordes of tired tech journalists, I stumbled upon the taint bandaid.

At the time, the taint bandaid was more concept than actual product—as are many gadgets shown off at CES. Morari Medical, the company behind the taint bandaid, had a fairly minimalistic booth. There was a computer running a slideshow about premature ejaculation, and a penis-less mannequin with what appeared to be a regular bandaid on its perineum.
We had several questions. Would it hurt? At the time, Morari Medical CEO Jeff Bennett assured us that no, it would not. But still, what would it feel like? Would slapping a patch and sending an electrical current to “inhibit the nerves of the penis, thereby delaying an ejaculation” really work? Would brave souls sign their taints up to be guinea pigs in this research? Would this taint bandaid really ever hit shelves, or was it doomed to be yet another CES oddity?

It’s been one year since I first laid eyes on the taint bandaid, and friends, I have done my due diligence as Gizmodo’s wearables nerd to exhaustively answer as many of these questions as humanly possible.

While the taint bandaid still doesn’t have an official name yet, if Morari Medical’s press release is any indication, it has embraced the taint bandaid moniker. Over the past year, the company has tested the patch on real peopleduring beta testing, resulting in a new prototype design.

“We realized we had to make a couple of modifications to the product from a design perspective,” Bennett told Gizmodo over the phone. “Last year it looked more like a bandaid, a rectangular product. While the stimulation was working, it just wasn’t adhering and holding to the skin as good as we wanted it to.”

Bennett says clinicians were consulted as to what would stick to the taint, a unique piece of human anatomy, which resulted in the new butterfly-shaped design. He also emphasized the company took great pains to make sure the patch would not hurt anyone’s sensitive giblets. The new prototype has also added Bluetooth connectivity, so users can adjust the intensity level via an app.

“Each person is a little different in terms of the energy study we did to get that sensation, and that’s where Bluetooth comes into play,” Bennet says. “We’ve got a working prototype with Bluetooth that will communicate with the product so that when you’re in the heat of the moment, you don’t have to worry about putting your finger down there to try and feel where the button is to increase or decrease stimulation.”

But how does it feel? It’s not that I didn’t trust Bennett when he said they’d figured out a way to make the taint bandaid, well, taint-friendly. But still, I wanted to hear from someone who’d actually tested it for themselves.

“It’s like a small tingling,” says Don (a pseudonym), one of the patch’s beta testers. “If you’ve ever had any experience with a TENS unit, it’s basically a mild, mild tens unit.” TENS units employ transcutaneous electrical nerve stimulation—it’s basically an adhesive patch that sends a mild current through your skin—to reduce pain.

Don confirmed that the patch was not painful to remove and that he and his wife had used it roughly four or five times as part of Morari Medical’s study. But even if it wasn’t painful, there’s one big money question here. Did it work?!?!?

“It definitely helped increase the time between penetration and uh, ejaculation. Which you know, was what it was really meant to do,” Don said. “I was happy with it and with the results.”

Now, Don is only one man with one taint. There are many taints out there in the world, and as Morari Medical notes in its press release, 30% of men experience premature ejaculation—a condition many are embarrassed to talk about publicly. For those folks, one man’s experience may not be enough to go off of.

According to Bennett, after beta testing the patch, the company found that after trying it for the first time, people adapt to the sensation to the point where they no longer feel the patch. “It’s similar to getting into a hot shower. If you crank it up too hot and you jump in right away, you’re like ‘Whoa! That hurt!’ But if you gradually, you know, work the temperature up, that same temperature won’t feel as hot anymore.”

OK, now that we’ve received extensive assurances that the taint bandaid will not destroy your taint—what’s next?

Right now, Bennett says the company has completed enrollment for a feasibility study for couples dealing with premature ejaculation. The study has been given the OK by the Institutional Review Board, and Morari Medical expects preliminary results by the end of Q1 2021. The company is also aggressively moving toward a consumer-ready patch by the end of this year.

This only left me with more questions. Is this a one-time use patch? Do you...reuse the taint bandaid over and over again, until your dead skin and sweat make it impossible to stick? How much will an electrical zappy taint patch cost? Did Morari Medical discover anything...surprising during its beta testing? What about privacy? Will the app collect data on your escapades? The connected sex tech space—fondly dubbed the internet of dongs—has proven time and time again to be somewhat lacking when it comes to privacy and security.

To his credit, Bennett did not flinch in answering my questions.

Simply put, the taint bandaid will work like razors and razor blades. You keep the electrical component, which will be “encapsulated in a soft material.” This part will also feature a rechargeable battery. However, the adhesive part will likely be a single-use. While pricing isn’t final yet, the reusable electronic component might be in the $100-$200 ballpark, with each single-use patch costing about $25. As for privacy, Bennett says the company will collect no identifying data—the Bluetooth is there merely to control the patch itself.

As for whether Morari Medical discovered anything unexpected during its beta testing, Bennett was cryptic. “We did, and it’s something that we aren’t willing to disclose yet. We’re going to try and confirm it in the study that we’re doing right now. If we can confirm it, it’ll be a very, very good thing.”
Click to expand...

T'aint my problem, bub
Reactions: quickwhips, Elginer, NeoIkaruGAF and 2 others

do your kegels, noobs
Reactions: Robot Carnival, teezzy, Maiden Voyage and 2 others

The only way I’d strap something to my under carriage is if it increased sensations, not the other way around
Reactions: Robot Carnival, teezzy, Maiden Voyage and 1 other person

Men no longer lead around by their dicks. Didn't think I see that today.

You could use this and delay it for an entire week of the most unholy of orgasmic rituals.
Reactions: Robot Carnival, teezzy and Maiden Voyage

Put velcro on it, i'd never be able to remove it safely.

Ozzy Onya A2Z said:
Men no longer lead around by their dicks. Didn't think I see that today. 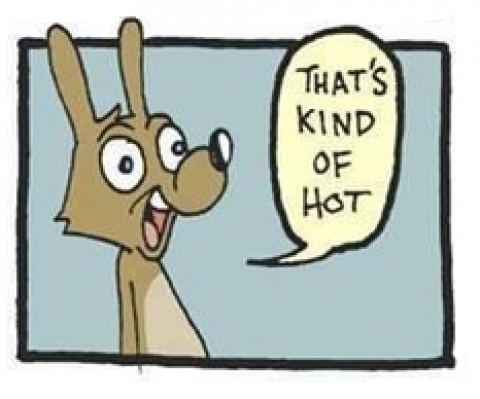 Like anyone here is having sex
Reactions: haxan7, Stiflers Mom, Robot Carnival and 4 others

What if you’re into the zaps and it has the opposite effect?
Reactions: Elginer and Maiden Voyage

Jackass did it first 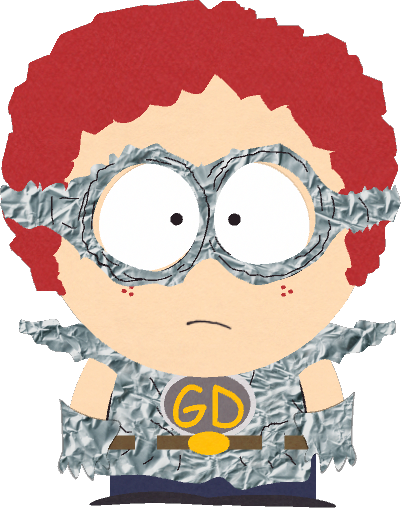 WATCH IT BUDDY OR I WILL HAVE SEX WITH YOU IN A MINUTE, more like 45 seconds really though

I thought this is just some regular muscle stimulator that will force ultra kegels or something to stop your ejaculation, but upon reading about it, it's supposed to delay ejaculation by interfering with your nerve signals?

I'm not a premature ejaculator but I wouldn't mind taking this for a test drive to see how it affects pleasure and if it can turn long sex to even longer sex.
Reactions: Maiden Voyage

GAF could sponsor this for you and then we could have a button on the top bar, e.g. so we could stimulate you while you are having dinner with your wife.

The future is amazing.
Reactions: NeoIkaruGAF, Tesseract, Maiden Voyage and 1 other person

Stiflers Mom said:
GAF could sponsor this for you and then we could have a button on the top bar, e.g. so we could stimulate you while you are having dinner with your wife.

Not a whole lot of premature ejaculation at the dinner table.

VR with systems like these. Let the incel fuckboys feel what its like having their own fantasy wives violated by chad.

Stouffers said:
Not a whole lot of premature ejaculation at the dinner table.
Click to expand...

This doesn’t quite do it for me. Stouffers said:
This doesn’t quite do it for me.

We don't judge, we only observe.

Rentahamster said:
Jackass did it first

Eheheh people always make fun of that guy, Danger Ehrin is his name I think? But he DOES IT.

He sticks that thing on his gooch and does it. He has my respect.
You must log in or register to reply here.