This might be old news for some but I just recently read about this from Netherlands investigative TV show Zembla. Some background on them first:

Zembla is a Dutch television documentary programme by VARA and NPS. The documentaries are based on in-depth research. The program often deals with controversial topics.
Click to expand...

VARA originally focused on labour and socialism. In the era of Dutch pillarization the association had close links to the Social Democratic Workers Party and its successor, the Labour Party. For many years VARA's chairmen, such as Marcel van Dam and André Kloos, were prominent members of the party. Although the connection between the two organizations loosened, affinities remain, such as a large overlap between their respective support bases.
Click to expand... 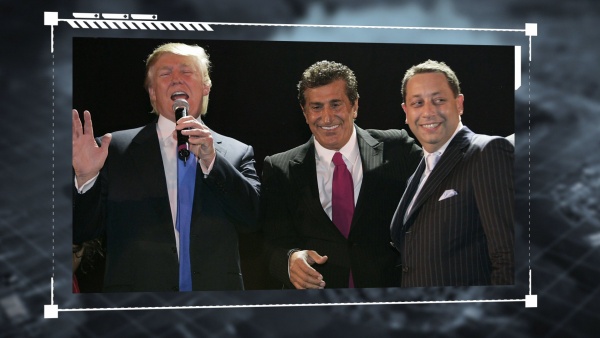 Forbes (October 2016): Donald Trump And The Felon: Inside His Business Dealings With A Mob-Connected Hustler
(Link also contains documents and a chronological timeline) 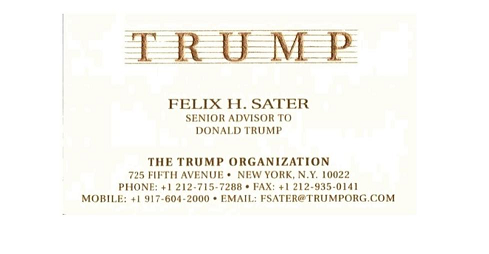 Felix Sater is not a name that has come up much during the presidential campaign. That he has a colorful past is an understatement: The Russian-born Sater served a year in prison for stabbing a man in the face with a margarita glass during a bar fight, pleaded guilty to racketeering as part of a mafia-driven "pump-and-dump" stock fraud and then escaped jail time by becoming a highly valued government informant.

He was also an important figure at Bayrock, a development company and key Trump real estate partner during the 2000s, notably with the Trump SoHo hotel-condominium in New York City, and has said under oath that he represented Trump in Russia and subsequently billed himself as a senior Trump advisor, with an office in Trump Tower.
Click to expand...

Trump has said, under oath, that he barely knew him. "If he were sitting in the room right now, I really wouldn't know what he looked like," he said in a deposition in November 2013. Asked how many times he had ever conversed with Sater, he said, "Not many." And asked about a previous BBC interview, in which he was questioned about Sater's mafia connections, Trump said he didn't recall the interview.
Click to expand...

Trump told AP, referring questions about Sater to his staff. "I'm not that familiar with him."
Click to expand...

Looking into Trump's deals, FORBES has uncovered numerous e-mails and sworn statements that indicate Sater was closer to Trump, his organization and his children than previously revealed. Additionally, FORBES has connected three billionaire oligarchs from Kazakhstan to potential deals involving Trump and Sater.
Click to expand...

July 2016 A year-old private lawsuit against Bayrock, Sater and others, filed on behalf of the state of New York, is unsealed by a New York court. It alleges that the group sought to launder as much as $250 million of profits on Trump projects out of the country to evade taxation and hide its true foreign owners.
Click to expand...

according to Sater's 2008 deposition. "I'd come back, pop my head into Mr. Trump's office and tell him, you know, 'Moving forward on the Moscow deal.' And he would say 'All right.'"
Click to expand...

Is this the thing a Gaffer cracked?
T

good stuff, saw it on reddit but this is nice and easy to read.
You must log in or register to reply here.