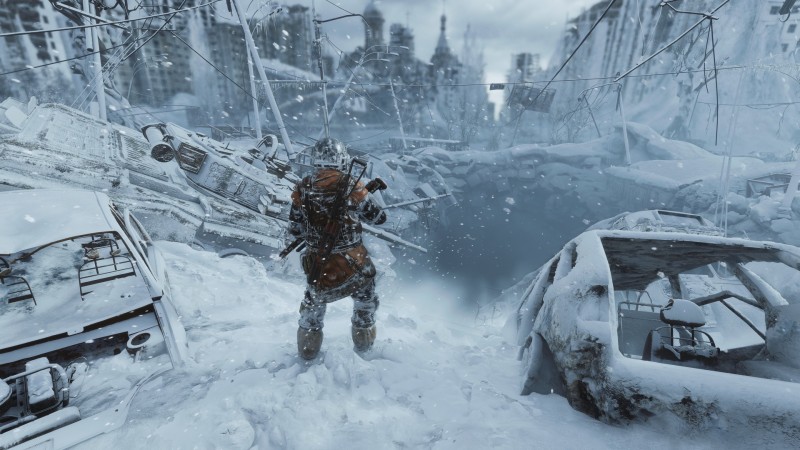 It also acquired Piranha Bytes, the studio behind Gothic and Risen.

THQ Nordic, the publisher behind Darksiders III and Metro: Exodus, has been quietly acquiring game licenses and studios for the past few years. In a recent financial report, it revealed that the company currently has 80 games in active development across three major studios, with one being a currently unannounced triple-A title from 4A Games, best known as the studio behind the Metro franchise.

"During the period we signed multiple new projects, among them a new development agreement with 4A Games, the developers of the Metro franchise, for their upcoming, still undisclosed, AAA-project. By the end of the quarter, THQ Nordic, Deep Silver and Coffee Stain had 80 games in development, of which 48 titles are currently unannounced," the financial reported revealed.

Alongside the reveal of 48 mystery titles came the announcement that THQ Nordic has acquired Piranha Bytes, and with it the rights to all of its games. Elex, Gothic, and Risen join the ranks of Timesplitters and Kingdoms of Amalur in the list of THQ Nordic's game acquisitions.

These announcements come on the heels of the largest launch in the company's history, with Metro Exodus recouping Deep Silver's development and marketing costs. Coffee Stain's Satisfaction also performed above expectations after an early access launch on the Epic Games Store.
Click to expand...

We ended the extended financial year 2018-2019 with another stable growth quarter. Net sales increased 158% to SEK 1,630 million, primarily driven by the February release of Metro Exodus. Operational EBIT grew 217% to SEK 396 million, mainly driven by the performance of Metro Exodus and Satisfactory. We had solid cash flow from operating activities of SEK 777 million in the quarter and close to SEK 3 billion in cash at the end of the quarter. All three operative groups contributed to the Group’s Operational EBIT in the quarter.

We are operating in a dynamic market with increasing competition between new and established digital distribution platforms, which will benefit content producers, including THQ Nordic Group. Since the beginning of 2019, the Group has signed multiple deals with notable value relating to our content on digital subscription, streaming and download services on various platforms. As we look ahead over the coming years, these deals will help us create compelling content for our players while also reducing financial risk to the company. Revenue recognition will not begin until the games are released.

SOLID PERFORMANCE IN ALL BUSINESS AREAS

Net sales of business area Deep Silver were SEK 794 million, largely driven by the release of Metro Exodus, the largest game launch so far in the history of the Group. Overall, the game has performed in line with management’s expectations and has recouped all investments in development and marketing. Net sales in the Partner Publishing business were SEK 596 million, driven by several notable releases from our partners. Looking to the current quarter, ending in June, there will be fewer releases than in the past quarter.

Net sales of business area THQ Nordic increased 6% to SEK 143 million, despite no major releases to match last year’s notable release of MX vs ATV All Out!.

Net sales of business area Coffee Stain were SEK 98 million. In the quarter we had a successful early access launch of Satisfactory on the Epic Games store. The game’s launch performance exceeded management’s expectations at the time of our acquisition of Coffee Stain.

We invested SEK 305.2 million in our growing development pipeline that will be driving the Group’s growth and profitability in the coming years. During the period we signed multiple new projects, among them a new development agreement with 4A Games, the developers of the Metro franchise, for their upcoming, still undisclosed, AAA-project. By the end of the quarter, THQ Nordic, Deep Silver and Coffee Stain had 80 games in development, of which 48 titles are currently unannounced.

In the quarter, we strengthened our M&A capacity by a new share issue, raising SEK 2.1 billion. I was pleased to see strong demand from both new and existing long-term shareholders. New investors included First National Pension Fund, Second National Pension Fund and Odin Fonder. Existing shareholders that participated included Swedbank Robur Fonder, Skandia Mutual Life Insurance Company, Skandia Funds, TIN Fonder, Olsson Family and Foundation, Lundström Family, RAM One, SEB Funds amongst many other highly regarded investors. I would like to thank you all, once again, for the trust you have put in us to build further shareholder value.

We continue to execute on our M&A strategy by carrying out extensive scouting, research and proactive engagement to find suitable companies to enhance the Group within all prioritized areas – intellectual properties, publishing, development and partner publishing. Our offering to entrepreneurs and talented developers – to retain a great deal of autonomy within our growing family – appeals to those who want to continue building their business for years to come. We currently have an extensive pipeline of potential partners and a lot of momentum. For us, it is important to find a common ground not only in business strategy and reasonable transaction terms for both parties, but also in mutual respect and understanding of each other’s cultures and values.

During the period we proudly welcomed one of the leading game developers in Europe to the Group - Warhorse Studios, the creators of Kingdom Come: Deliverance. We also welcomed the publishing partner, 18POINT2, based in Australia. They bring us a strong local management and a platform to drive further growth.

During the quarter we finalized the purchase price allocation (PPA) for the Koch Media acquisition. In the final PPA SEK 479 m of the purchase price was allocated to IP-rights, which are amortized over five years from the acquisition date. This resulted in additional amortizations of SEK 108 million in the quarter ending March 2019 where SEK 84 m relates to previous quarters.

On April 5, Koch Media received a statement of objections from the European Commission regarding geo-blocking. The proceedings have previously been publicly announced and we consider this the next step in the process. We continue to monitor the process closely and are fully committed to complying with all rules and regulations.

We are looking forward to an exciting upcoming year. We have a well-positioned pipeline and many marketing activities ahead – including both E3 and Gamescom – that will be important events for the Group as we showcase our games to a global audience.

I would like to end by sending my true thanks to all of our customers, colleagues, and business partners that helped to make this past year our best ever. We are on a great journey to build something substantial and lasting together, and I’m confident the coming years will be even more exciting.

Damn that's like the Battle of Normandy all over again.

One of those must be a new Timesplitters
U

"That's 10 games for every chan that THQ Nordic did an AMA on! ReeeEEEEEE"

That's more than 10 higher than their average Metacritic score. Killing us with mediocrity.

Too bad they will mostly have janky ass low quality animation and cookie cutter gameplay.

(In my non-expert opinion, 80 seems like too much, so I'm assuming a lot of mobile crap.) 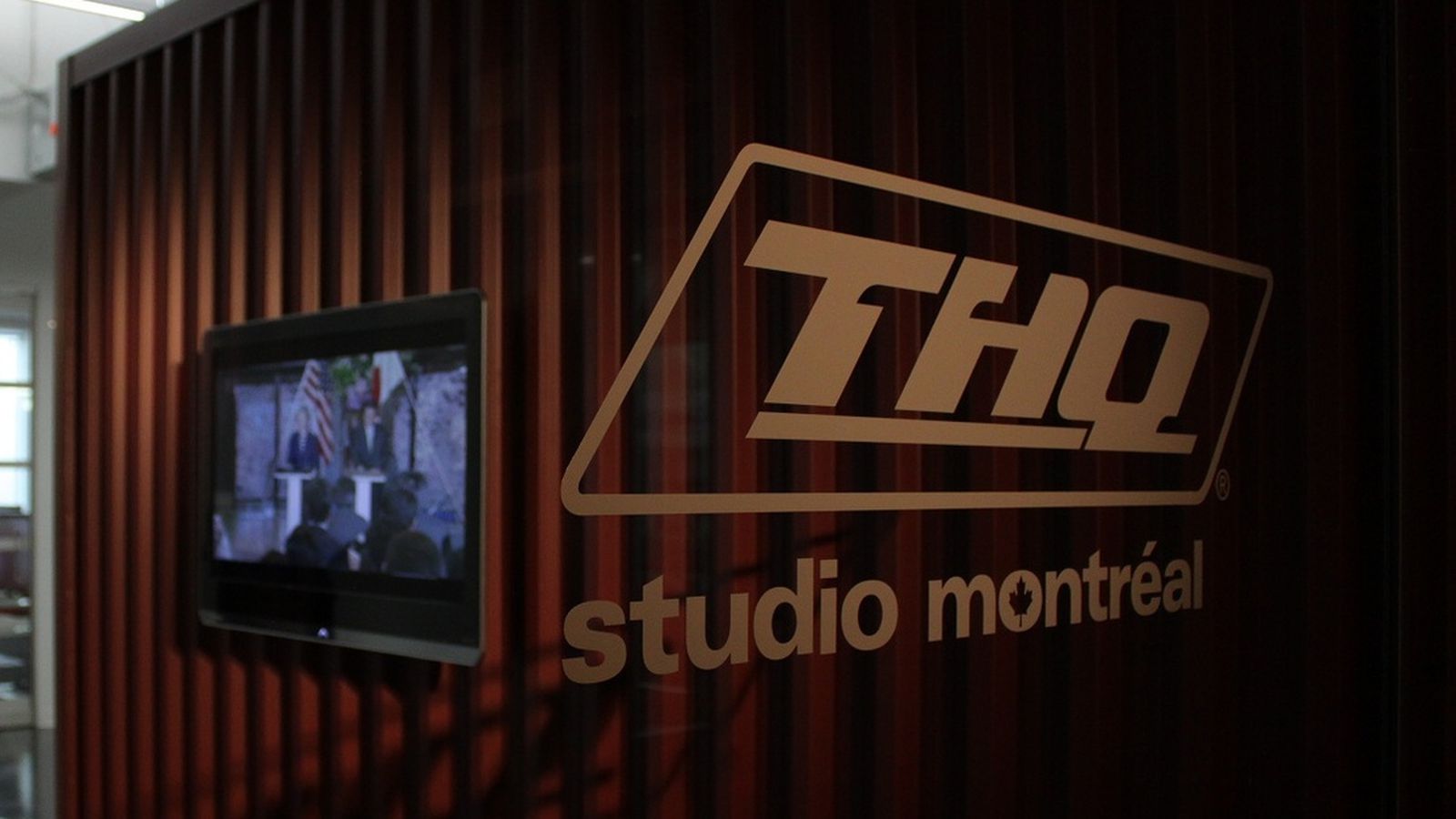 THQ's path to bankruptcy and beyond

After publisher THQ succumbed to its financial woes, filing for Chapter 11 bankruptcy protection for its U.S. operations, its studios, unfinished games and licenses began to change hands. 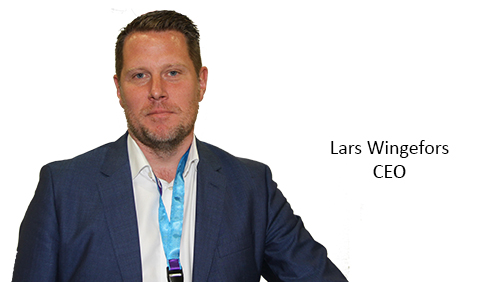 bitbydeath said:
One of those must be a new Timesplitters
Click to expand...

Hopefully it is this and not 80 first person shooters were you shoot around in grey/brown open areas.
U

Even if their company Metacritic is 67, I'm happy that Titan Quest, Spellforce, and The Guild are still alive.

I don’t even like their games, I just like to watch the world burn. I mean, I did get Metro Exodus but got bored halfway through.

80 games. Are they going to pay me to play them?

wow so many games, I hope they do well. I don't want to see THQ go away again.

I bet more than half of those are mobile games.

Hopefully one of those 80 games is a Destroy All Humans! reboot. I had a good time with the original on PS2.

As long as one of them is Darksiders 4 I'd be happy.
You must log in or register to reply here.

ParaSeoul replied
May 28, 2022
Embracer Group raising over $890m for even more acquisitions
News