Top 4 games from your formative years.

Super Mario World 2 was effective in getting me into gaming some games can be confusing.

Ocarina of Time confronting Ganon turns out is very original.

MGS4 now it’s considered a well, developed game, it’s funny because it’s cutscenes we’re controversial back in 2008, exclusivity but it’s ok like it’s a strong 3rd person action shooter, Snake has a sense of Rambo and it’s multiplayer was crucial to the experience.
H

I was into games from an early age but it took me ages to actually own my first console.

My older brother had a spectrum and an Amiga and the idea was for him to share them with me, so a lot of the time back then was just watching him play. I saved up and got a PlayStation when I was 12 so that's when I could basically play games myself with no sense of being on the clock. And actually choose what to play, too.

Which is to say, the age limit in the question doesn't work very well for me.

To illustrate the point, within a year after turning 16, I'd got and played Mario 64, Goldeneye, and Zelda OOT, and all 3 of those would definitely be in the top 4.

I owned an Atari 2600, Colecovision, Atari 400 and a Commodore 64c during that time. Hard to pick just four.

-H.E.R.O. (Atari 2600) - Got the patch
-Pitfall II (Atari 2600) - Got the patch
-Star Raiders (Atari 400/800) - 3D space combat simulator and probably the first killer app computer game. So, so cool for the time.
-Sid Meir's Pirates! (C64) - Open world pirate game set in the Caribbean. Great gameplay, innovative, deep and truly amazing for the time. I got the cool fist print run that was like a hard cover adventure book.

There are so many amazing games I remember from my childhood.

Super Mario Bros. gets first place as it is the earliest memory of gaming I can remember. I didn't much often get longer than to maybe stage 1-3, but those two first stages are so ingrained in my gaming memories. In the first stage you have of course the Goombas, but most importantly the Koopas that were amazing with their shell defense. I remember kicking them away and just having so much fun. Not to mention the fireball and star power.Then as a contrast you enter the dark underground with the abundance of blocks to break.

Donkey Kong Country is my most deeply ingrained game. It just had so much atmosphere, amazing graphics and great music. It was also the game(together with the sequel) that I played a lot with my childhood friends. I remember thinking how I loved that the first stage changes to night and storm as you come to the end. The vast variety of enemies and ways to play it with Donkey and Diddy and the rhinoceros and the palm trees up high just made for an amazing experience. I can't express enough how much I loved DKC 1 & 2 as a kid.

Mario Kart 64 was chosen as one of the most formative racing games. I liked the normal racing, but my most emotional memories come from Battle Mode. It was just this mishmash of bitter defeat and glorious glee when you shot away a red shell and awaited your friend to fly high loosing his last balloon. No Battle Mode has come close except for Crash Team Racing's, which I played much later and actually prefered as it had a much higher tempo. But MK64 still comes on first place as it had beautiful stages.

Commander Keen is the sole PC game on my list. For some time in my adult years when I talked gaming with a friend I came across as a console only kind of guy. But then I remembered that I actually didn't have a console of my own until PS2. Until then I had played games at my friends' places. The only thing I had at home, if I remember correctly, was a not so powerful Dell with Windows 98. But for me it opened up so many games I wouldn't have experiences otherwise as you could(at that time atleast) download them legally for free. Especially DOS games were highly appreciated. Enter Commander Keen. I actually don't remember which ones I played as there were quite a lot in the series and I liked them all. Blasting away on my raygun on different planets and space stations made for great adventures for my childhood self. I remember liking the map design as it felt varied, but I never got lost.

Some games that I feel deserve an honorable mention:
Toca 2: Touring Cars - Despite not winning many races, I did have a blast going the other way and crashing into my competitors until their engines started smoking.
Spyro: My cousin had a demo disc which included the purple dragon. The first stage was quite good and you're just launched into it to learn your flying and firebreathing skills. I've since revisited it and was astounded by the amazing gameplay.
Tony Hawk's Pro Skater 3: This gave me and my friends(brothers who owned the DKC games) so many hours of fun. Trying to solve the puzzles or what you'd call them was quite a challenge for our preadolescent brains.
Supaplex: My sister's friend had this on a floppy drive. I loved trying to figure out how to get through every stage and racking my brain even harder when a sphere blocked me or dropped on my head. Sucking up the Infotrons like spaghetti by standing next to it and pressing Space+Arrow treated me to a nice little animation.
NHL98: Memories tied to waking up in the morning, starting the computer hearing the W98 logo theme and then choosing between different NHL teams I knew nothing about as a Swede except for their logos. My sister taught me to close it by ctrl+alt+del:ing it until a friend remarked that hey, it's better to just press "quit".
Ski or Die: Is there a funnier game to play as a kid? You have downhill skiing, snowball fights and half pipe snowboarding. All accompanied by your computer desperately making whatever sounds it's forced to make.

This became one of my longest posts, but that's what you get asking me such a question on a Saturday night when I've had a little to drink and get kicked down memory lane.

Zelda: A Link To The Past
Super Mario World
Mega Man 2
Super Mario Bros (3 is better, but this is the first real game I played and it was pretty damn awesome)

Didn't start playing PC games (other than Doom on other people's computers) until after the original Diablo came out. Doom II was pretty mind-blowing at the time, but I didn't own a PC yet.
C 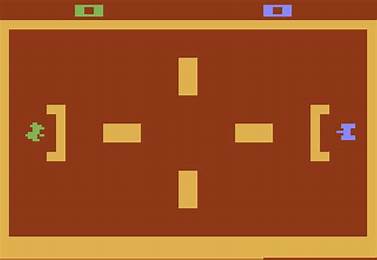 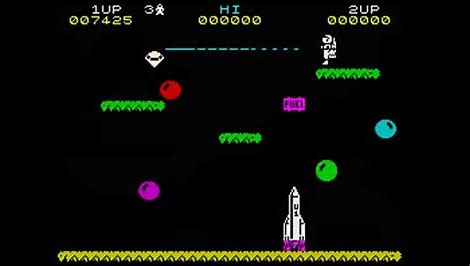 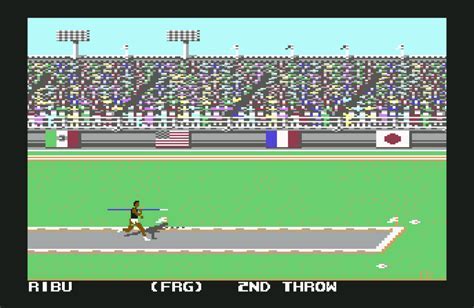 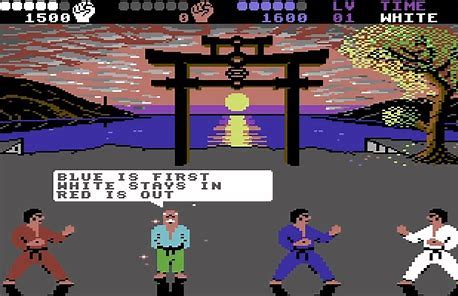 I'm cheating here, because I can't separate some games:

Hmm...for me it would have to be

Im gonna choose 4 games that come to mind not the top 4, thats too hard

1- Diddy Kong Racing - I completed that crazy game, Rares AAA racer, silver coins and all
2- Mortal Kombat... 4 - yeah 4 - Local Multiplayer was amazing and addicting
3- Super Ghouls N Ghosts - Damn what an amazing gothic visual fest, dark souls eat your heart out
4- Paper Mario... Rented this game and damn near completed it in 3 days, I was competely enamored by it(cant wait to replay on NSO)

Treasure of Tarmin (mid 80s) - Even to this day, it is an awesome rogue game. Monsters actually dont move, but its harder then it looks on hard difficulty. You'll get killed faster than playing the original rogue ascii game when doing your first fight. The guy in the video is playing "Easy". There's 4 skill levels. Easiest, Easy, Medium, Hard.

Impressive shit for almost 40 years ago.


WGHII (with sim disk) (early 90s) - Crude and buggy Bethesda game. Any of you younger gamers think Bethesda games are buggy now, 30 years ago they barely worked. But it had real players, teams and stats. CPU was easy unless you purposely messed with player stats (completely editable) and gimped our shooting and goaltending stats. If you are good player, you should get at least 2x the shots on net. CPU has a cheese goal they go for. Player can do the same where you sweep in from the top or bottom of the net and jam in the puck from the corner. If youre timing it right, it is 100% a goal. But likelihood is more like 70% when zipping around. I would only do it if the CPU did it first. Since the game had complete edit feature, I'd spend a few hours taking the giant weekly newspaper sports page of names and stats and do all rosters for all teams and edit their attribute pts best I could. I played this a lot for 3-4 years even when EA HL came out. That game was for actiony arcadey shit with friends and brothers. WGHII was for solo sim play. GM disk even had trades and team salaries.


TF 3 (early 90s) - Actually had the Megadrive version as I bought it off some indie store who had Japanese imports. Those were the days the Japanese game came out a year earlier. The best shooter I played until I got a SNES and played Contra 3 and Axelay. These two games are better, but I must had beat TF3 30 times. Bonus: ending credits spaceship looks like a giant cock


Ultima Underworld (early 90s) - Amazingly, I never even beat this game as I got stuck and couldnt get through a door. I missed getting a key somewhere. But it was awesome. PLayed this game much more than Doom which got boring fast. Played modestly well on a 386.

Half Life
Diablo
Star Craft
Grim Fandango
You must log in or register to reply here.