Ezquimacore said:
Never played Destiny and the only OC I played was the last one. Also this thread is for that purpose, to learn some shit!
Click to expand...

Besides Destiny, ME, NMS etc. Dark Reign 2 had a few nice tunes too

Well, listen to the other tracks on youtube, its entire ost is incredible.

Returnal has some of the best sci-fi music. The best part is probably the Hyperion fight
Last edited: Oct 30, 2021
Reactions: Sosokrates, DonJuanSchlong and Ezquimacore

Rush2112 said:
Best ME song was the suicide mission in 2

Was hoping somebody would post this. Glad to see it on page one.

Some of the most epic music ever put into a videogame.
N

I've always thought old arcade game Thundercross 2 had some of the best sci fi music in a shmup.

Since Metroid and Deus Ex aklready been mentioned

as long as you're in space, it's sci-fi

Jet Force has an amazing OST

I want to focus on two synth atmospheric moments that really brought me to another world.

2) Finding your lost civilization's sister faction in Homeworld, that went mad trying to hide in a giant nebula for thousands of years.

Current fav one of the all time greats in my opinion:

Based on previews and trailers, number 5 might be Shin Megami Tensai V once its out!
Last edited: Oct 31, 2021
Reactions: Danjin44

Type_Raver said:
Based on previews and trailers, number 5 might be Shin Megami Tensai V once its out!
Click to expand...

So far the sound track for SMTV is absolute fire!!!
Reactions: Type_Raver

other themes that i like are already posted so i only missed this one
Last edited: Oct 31, 2021
Reactions: Kuranghi and Alpha Male

other themes that i like are already posted so i only missed this one
Click to expand...

Thats a cracking one I've not heard before, cheers pal.

I think Unreal Tournament '99 score is the best/my overall favourite, but its the "check what year all your favourite things are from and you'll see its when you were 12-15 years old" effect. The Talos Principle is main menu theme is amazing though also, I'm a big chanting fan though.

Someone posted a Brigador track but the whole soundtrack is totally awesome as well, its brilliant reading the lore while listening to it:

Most of it is epic and interesting lore but also some really silly shit as well, like this: 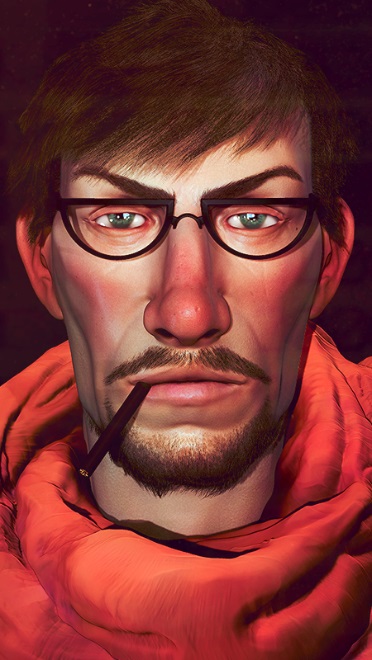 Johnny Five Aces is a pilot available in Freelance mode, and the Epilogue Missions of the Campaign. Johnny Five Aces powered down the magnabike with a not quite unhearble hum and checked his chronometer. "Damn." he hissed threw his clinched teeth which were surrounded by the stubble of five days...

brigador.fandom.com
Reactions: Marcinkowski
You must log in or register to reply here.

The FUTURE is SCI-FI