You should know that I'm a bit salty before reading this
After more than 2 month of radio silence, the roadmap for TW:WHIII is here. And it's quite disappointing.

What is happening with Creative Assembly? After a terrible launch you'd think they try to redeem themselves right? Hahaha. 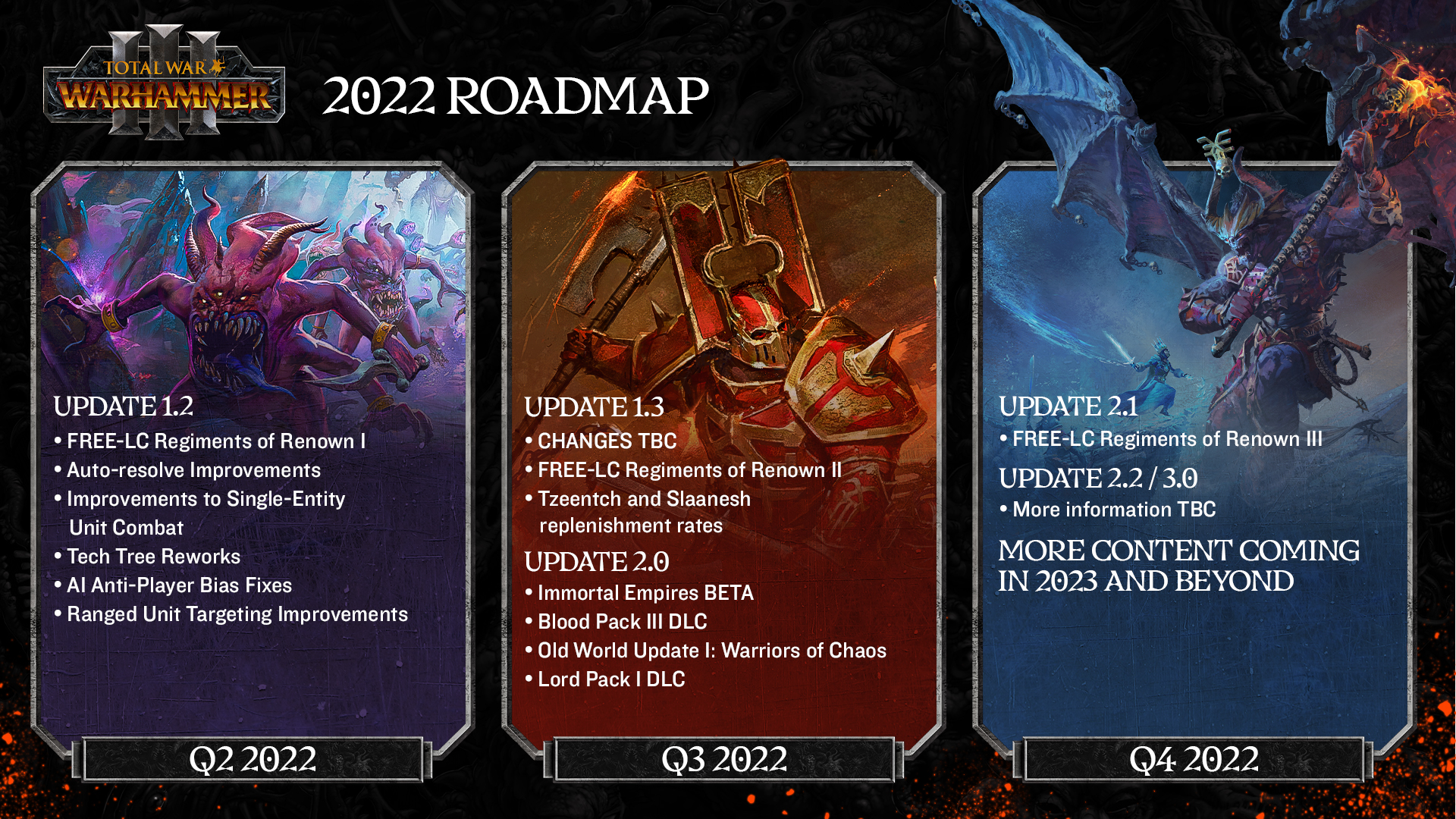 For comparaison, here is the roadmap for TW:WH II that was shown only a few day after the release of the game: [click me]

The sad truth is that TW:WH III was released in such a poor state that the DLC went *pouf*.
So CA sold an early access game at full price, knowing it's gonna be a big mess.

Oh and not to mention that TW:WH II has been released in Epig and guess what? It broke the game on Steam. Yes that's true.
They updated the game files yesterday and now some people can't continue their campaign, a lot of mods don't work anymore and... MULTIPLAYER CHAT IS NOW GONE.
WHAT IN THE ACTUAL FUCK.

But don't worry, CA is here to teach you that their code is a big mess, with simple image that our brain can understand: 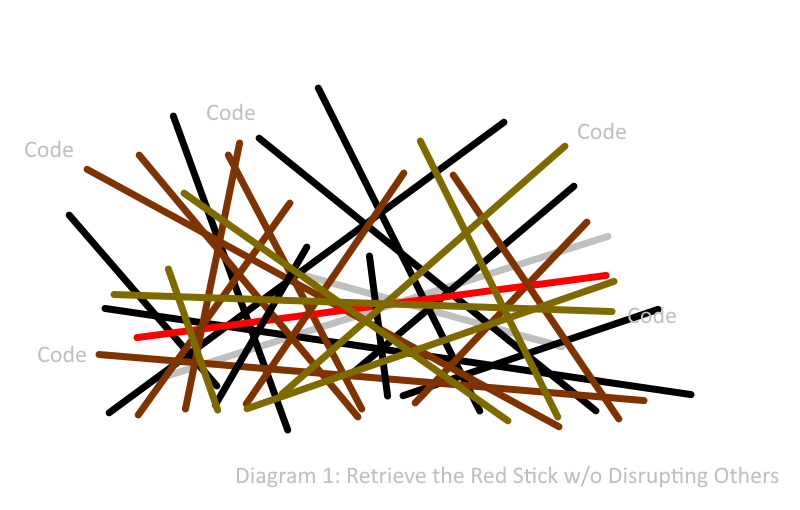 IS ANYONE ABLE TO RELEASE A FINISHED PRODUCT IN 2022? 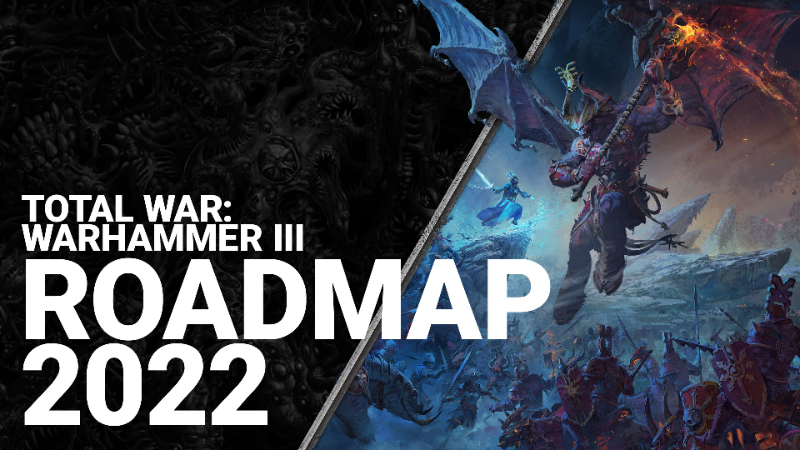 We know that many of you have been eager to know what the future holds in store for the game, so we're sharing our roadmap for 2022!

Damn, I didn't hear about any of these issues during reviews.

The game launched in a bad state? Damn. How did it do on steam in terms of concurrent players?

I gave this one a skip so haven't been following its launch or issues, but damn I had no idea it sucked... I guess it had to happen eventually though.

I imagine the exec meeting for releasing the games now:
- option 1 : we can delay the game by 2 year and release a good game
- option2 : we release the game broken and then share a JPEG online for people to be happy.

ClosBSAS said:
The game launched in a bad state? Damn. How did it do on steam in terms of concurrent players?
Click to expand...

"racking up a peak concurrent player count of 166,754 on its first day "
2nd most popular TW launch ever.


LukakusFirstTouch said:
Damn, I didn't hear about any of these issues during reviews.
Click to expand...

Is this really surprising?


dottme said:
for people to be happy.
Click to expand...

There not, just go take a look at Reddit, r/TotalWar is a fun place right now.

A friend just done this one LMAO

It's almost all gameplay adjustments.

It's getting to a point more and more devs make roadmaps to explain patches and gameplay fixes than the traditional roadmap or season pass kind of thing which was purely content additions.
Last edited: Apr 29, 2022

I was all in on buying the game on steam to complete the experience with the other games that have released prior to this. Then I found out that the game was releasing incomplete and wouldn't be featuring the most important thing in all of the TW games... mortal empires. So then I went with the gamepass version. What a mess of a game. Developers should've learned by now but it seems they just keep fumbling around the same mistakes. Appreciate gamepass for allowing me to try a product for myself to see that it is trash sometimes. Anyways, I might consider it as a purchase with they supposedly include mortal empires in the 2nd major patch according this? Patch 1.3 for the BETA? Releasing a core part of the experience as a beta HOW LONG after a release? What a mess

I'm uninstalling this early access. Immortal Empire in beta by the end of the year, so full release probably in 2023.

Slicker than your average

If the original map was a sandbox like the first game or an objective you could basically ignore like 2 it would be fine.

They over engineered the map with mechanics that made the game.boring.

This game needed the mega map from the start. September is too far away. The player count is dead.

I have played 2 full grand campaigns without issues, at least no bug wise. Questionable gameplay decisions? Many.


Slicker than your average said:
If the original map was a sandbox like the first game or an objective you could basically ignore like 2 it would be fine.

They over engineered the map with mechanics that made the game.boring.

This game needed the mega map from the start. September is too far away. The player count is dead.

No idea why I didn't just wait on this.
Click to expand...

I find those mechanics more annoying than boring. The sandbox map will come with Inmortal Empires.
Last edited: Apr 29, 2022

I'll jump in when Moral Empires is out.

I know in the past it always come out 3-4 weeks after initial release and they always pass it off as "We have to do it that way for ratings reasons" even though Ive never played another game that did that in my entire history of gaming, but whatever.

But 6 months after release?? It sounds like it doesn't even exist yet, they haven't started working on it, and its not a priority.

Super lame, I can't enjoy Warhammer without violence. I know it doesn't change the gameplay but I dont care. Its like watching Pulp Fiction with commercials and censorship on TBS. Its just not right and I dont enjoy it like I normally would.

Might as well change the name to Peacehammer and put some flowers and doves on the cover.

Honestly thought the Blood Pack would have been sooner. That's disappointing.

I'm so happy to have took it on Gamepass, I would have feel bad putting 92 CDN on it seriously. I'll buy it once Mortal Empires is completed.
You must log in or register to reply here.