Train passenger tries to have sex with onboard drinks trolley. G/A/F?

It's
Scotland, the fuck!?

A train passenger was caught trying to have sex with the on-board drinks trolley after downing a cocktail of alcohol and legal highs.

Andrew Davidson attempted the bizarre coupling while shouting "I want to kiss you" at the trolley.

Perth Sheriff Court heard on Tuesday that Davidson admitted behaving in a threatening or abusive manner on the Aberdeen to Glasgow service.

The 25-year-old was seen humping the trolley by horrified passengers after his behaviour frightened the rail crew member so much that she ran off.

Davidson foisted himself upon the trolley after the staff member became so scared that she ran from the train when it stopped.

She ran off leaving Davidson molesting the trolley which contained food, drinks and cash she had taken during the journey from Aberdeen to Glasgow.

Davidson's solicitor told Perth Sheriff Court that his client was "not heterosexual" and had gone crazy after taking a "legal high."

Fiscal depute Jim Eodanable told the court on Tuesday: "This happened on the train from Dundee to Perth at 5.45 pm. The staff member was serving drinks and snacks from the trolley.

"The accused had previously asked to purchase a can of beer from her but had been told she had run out. He approached again and tried to engage her in conversation.

"Just prior to arriving in Dundee station he asked if he could kiss her and she said no. This was heard by passengers who were concerned for her safety.

"One passenger, who had her daughter with her, decided to keep an eye on the situation. The train stopped and the accused was seen placing his hands on a female passenger leaving the train.

Mr Eodanable continued: "The staff member was standing opposite the accused and he grabbed her right arm. He said he was going to kiss her and she broke free."

The court was told that Davidson tried to pull her closer and embrace her again but she managed to break free and left the train, leaving her trolley and cash float behind.

He said: "The accused was then seen trying to sit on the lap of another female passenger, before falling onto his face. He was rubbing his chest, sticking his tongue out and shouting about what he wanted to do to his boyfriend. He got back to his feet.

"He then approached the unattended trolley and started rubbing himself against the trolley.

'"The train had moved off and the British Transport Police were waiting for him in Perth. They found him lying face down near the train door. He indicated that he didn't remember any of the incident."

Solicitor Grant Bruce, defending, said: "He has no recollection of what happened on the train at all but accepts he behaved in this manner. He was completely intoxicated by alcohol and a legal high. He has now curtailed his social life to a great degree because of this incident.

"It is something that has never happened before and is unlikely to ever happen again."

Davidson, West Hemming Street, Letham, Angus, admitted causing fear and alarm in Dundee and on a train journey between Dundee and Perth on July 5.

He admitted behaving in a threatening or abusive manner, grabbing a staff member's arm and trying to kiss her, shouting and swearing and making sexually offensive remarks and gestures.

In a letter to the court, Davidson said: "I really can't remember anything that happened. I am disgusted with my behaviour. I'm very sorry."

Sheriff William Wood said: "This was an incident which must have been very distressing for all of those directly affected and the others, including families, who were on the train."

He placed Davidson on community payback and ordered him to carry out 100 hours unpaid work.

Davidson was not placed on the sex offenders register as the sheriff did not consider the sexual element of the case to be "significant".
Click to expand...

That trolley must have had a nice rack
J

It's Perth, Scotland not Australia! My hometown.Yep.
N

Jakabok said:
It's Perth, Scotland not Australia! My hometown.Yep.
Click to expand...

God Dayumm said:
That trolley must have had a nice rack
Click to expand...

In a thread about having sex with a trolley on a train, you don't go for a joke about the caboose? What a wasted first reply.
D

I can't help but laugh that it horrified someone enough that they ran away.
D

I just had a flashback to one of the scenes from Wolf of Wall Street.
G

I look forward to the happy couple's nuptials

Is it the first time the A in GAF has stood for Aberdeen?
S

This sounds like an unfinished Frankie Boyle joke.
S

Come on, Aberdeen to Glasgow...
G

Mudkips said:
In a thread about having sex with a trolley on a train, you don't go for a joke about the caboose? What a wasted first reply.
Click to expand...

I didn't know what a caboose is
N

linsivvi said:
Come on, Aberdeen to Glasgow...
Click to expand...

I'll be honest, I skimmed it.

And missed that bit. I just saw 'Perth' and was like, well of course Australia...
D 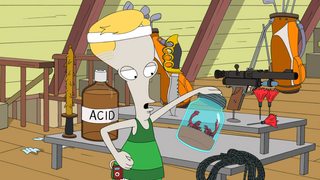 Dr Bass replied
Apr 30, 2022
US corrections officer has been jailed after having sex with inmate
News Drama 2 3

SireSmogMurk replied
Sep 5, 2021
Tech billionaire allegedly kept spreadsheet of 5,000 women he had sex with. Demanded that women refer to him as “king” and “emperor,”
Drama Cringe 2

NoviDon replied
Nov 28, 2021
Woman bites off a part of man’s tongue in street brawl, seagull swoops down and eats it