The article (thanks, Nirolak!):

Ubisoft said:
The new swirl is an evolution of our existing logo that marks a new era for Ubisoft, one with an increased focus on live and digital games as well as a player-centric approach to creating immersive worlds.

It all started in 1986 with this rad design &#8211; a look inspired by the distinct visual style of the '80s. At the time, Ubisoft was a local distributor of video games.

Nine years later, Rayman was born and Ubisoft introduced the rainbow. This marked the company's shift from distributor to creator, and highlighted the fact that Ubisoft was creating mainly family-oriented content.

In 2003, the swirl appeared on the scene and once again signaled a shift. It followed the acquisition of Red Storm and the creation of new Tom Clancy titles, marking a more mature and diversified approach.

Today, we create worlds &#8211; worlds that live as video games, comics, movies, TV shows, books, and amusement park rides. Our new logo is minimalist, modern and monochromatic. It's a window into our worlds, giving a preview of what's to come by highlighting the artistry that goes into creating them. The swirl and the letter O are both deliberately created to be reminiscent of hand-drawn shapes and represent our human qualities of enthusiasm, curiosity and the grain de folie that Ubisoft is known for.

With this new look, we proudly embrace our role as a creator of worlds and invite you, the players, to continue playing, engaging, and growing with us. As we move towards our most exciting time of the year (E3!), you will see this new emblem take on the colors and textures of our worlds, and we can't wait to hear what you all think.
Click to expand...

The new swirl is an evolution of our existing logo that marks a new era for Ubisoft, one with an increased focus on live and digital games as well as a player-centric approach to creating immersive worlds.
Click to expand...

Ehh. The one before was better.

Nice boobs on that original one.

They should go back to the original.

They were due for an update. New logo looks fine.
V

The Ubisoft of logo refreshes then?
X

Did they forget to taper the ends of the swirl??
S Ubisoft are taking steps to demolish their credibility ahead of the takeover. It's a bold move, let's see if it plays out.

Bring back the 80's logo. That's a nice logo.
New one is pretty boring.
C

pinkurocket said:
Did they forget to taper the ends of the swirl??
Click to expand...

DagnastyEp said:
New logo is fine, but damn that 1986 logo is awesome!
Click to expand...

DagnastyEp said:
New logo is fine, but damn that 1986 logo is awesome!
Click to expand...

Totally agree. New one is better than the gradient one. 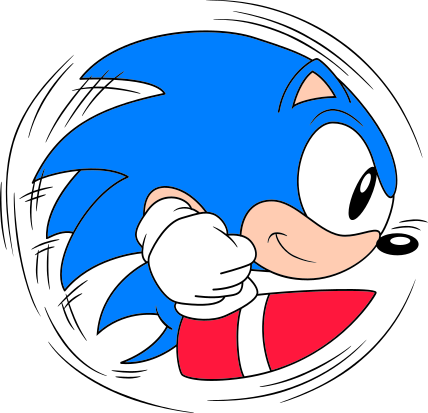 I was just gonna write this.
V

Whoa, if I were a fan of Ubi I would definitely want a t-shirt with that 80's logo on it.
T

I like their old one much better. Not many publishers have any colour in their logo and it gave a nice noticeable splash to their box art.
J

The butt caps are an interesting choice; to my eyes it'd been nice to smooth into a circle.
I

86' logo is the best one. Stick with that UBI
B

Wait, they didn't use the 1986 logo for Far Cry 3: Blood Dragon? Missed opportunity to match the aesthetic!
R

I thought they'd keep the blue but just make it a more solid colour and kill the gradient.
J

Let me refer to the chocolate guide in my box of chocolates.
Z

I know it's new and we aren't used to it yet but that looks absolutely dreadful. This is why out of touch old people shouldn't be given final say over marketing and branding decisions
S

1986 logo makes me want to play this for some reason Not really liking the new logo though.
S

Set the stroke to 5pt instead of 15pt.
F

Yeah it seems the take away here is that they need to go back to that 1986 logo
You must log in or register to reply here.

Craig of War replied
Apr 25, 2022
Ubisoft says more of its games will be getting NFTs, despite the initial backlash (VGC)
Opinion News 2

Gamer79 replied
Apr 7, 2022
Division 2 adding new game mode (someone claims to have leaked footage but might just be Heartlands)