How are people watching the fights tomorrow? I'm out of pocket for the pm so can't watch live but want to watch later in the evening. Will fight pass have replays?

Khabib's weight cut seemed like it was really tough. I wonder if that'll have an impact on the fight.
Reactions: Night.Ninja and JimiNutz

KingdomHeartsFan said:
Eh he weighed in at 155, even if the scale didn't stabilize all the way he still had one pound of leeway left.
Click to expand...
Championship fights don't have leeway. 155.0 is the maximum.

But I think it's all a non-event. He opted to weigh in first to maximize the time he would have to make weight after failing. So the way the scale moved he was probably 155.5 or maybe 156.0. He can easily shed that weight in the allotted two-hour window by throwing up or taking a diuretic or whatever trick they have. To be clear, he should have had to go through the suck of last-ditch weight cut, but ultimately I doubt it will matter for the fight.
Reactions: bonk64 and Krappadizzle

The odds on Gaethje seem really off.
I do probably expect Khabib to win but £20 on Gaethje almost gets me £80 back.
If Khabib has had a tough weight cut then I think it'll be much more competitive then those odds suggest.
Reactions: Carton and Krappadizzle

That mike dolce tweet is some tesseract level of poetry, i shit you not.

Should I bet my wife’s life savings on gaethje?
Reactions: JimiNutz and GymWolf

Cunth said:
Should I bet my wife’s life savings on gaethje?
Click to expand...

Cunth said:
Should I bet my wife’s life savings on gaethje?
Click to expand...
Should you bet someone else's money?
Of course, what do you have to lose?

If you want to win her more, go for Gaethje by first round KO. Your wife can thank me later.
Reactions: Cunth and MrS

I keep vacillating on Khabib v Gaethje, but I am going to pick a Gaethje upset. I don’t think Gaethje is better than Khabib, they are both capable of winning, but Khabib had a particularly drained appearance at the weigh-in, which may translate to more trouble with the takedowns/keeping Gaethje down, and he will have to deal with a damaging set of hands. Gaethje by decision.

Unfortunately, I think Whittaker is going to lose by KO. I know he says he was burnt out, but I just don’t think his chin is the same and he has appeared less fluid in movement in his last 2 fights. I sincerely hope he proves me wrong.

This card is at an awful time for me. I will be well and truly asleep, but I know my subconscious is going to wake me and try to fool me into checking results. I’ll try to resist and catch the replay without spoilers.
Reactions: Night.Ninja and Unknown Quantity

Main card starts at 5am for me. I’ve already told my kids that when they wake up I’ll be in a work meeting in the study so they can’t come in. On a Sunday morning
Reactions: GymWolf, Night.Ninja, JimiNutz and 3 others

11am start time here. Few of us gonna be at my buddies beers in hand at the start. Im making chorizo burritos for everyone too. Can't wait.
Reactions: SpiceRacz, Carton, Cunth and 1 other person

Forgot it's in Dubai and I don't need to wait to watch the replay tomorrow morning. Fuck yo American start times.
Reactions: JimiNutz and Unknown Quantity 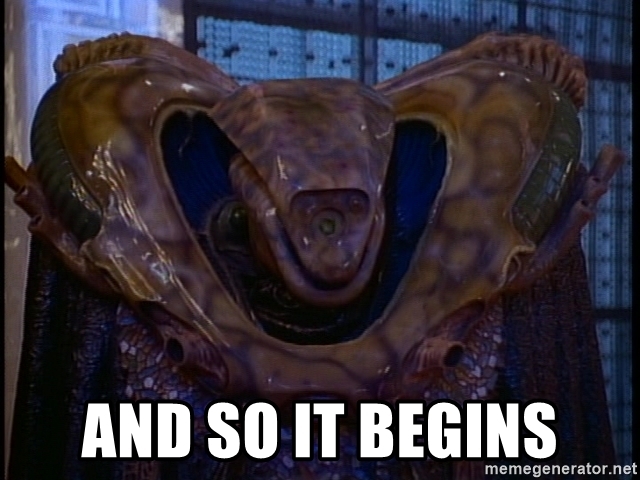 Surprised Jung is getting tagged as much as he is.

Love how BT Sports keeps advertising for the PPV during the PPV.

That fight was insane. Round 1 had a crazy pace.

BT were not prepared for all these one round finishers, just repeating the same PPV ad over and over.
Reactions: TrainedRage

Any links? i didn't realise this was box office

Smashed. I have a feeling there is gonna be some long waits between fights
Reactions: TrainedRage

Savage start to the main. Don't think we need a 3rd.

Unknown Quantity said:
Savage start to the main. Don't think we need a 3rd.
Click to expand...
Naw run it back, he was just playing possum.
Reactions: Unknown Quantity and Cunth

why was this fight on the main card

Cunth said:
why was this fight on the main card
Click to expand...
I'm still trying to figure out why is this bitch thinking she deserves a title shot after beating someone in their first fight in the UFC.
Reactions: Unknown Quantity and Cunth

Maybe I shouldn't have paid for this PPV...
Reactions: Cunth and TrainedRage

ANOTHER ONE!!!
Reactions: Unknown Quantity

just have them start lining up ringside
Reactions: KingdomHeartsFan, Unknown Quantity and TrainedRage

KingdomHeartsFan said:
I'm still trying to figure out why is this bitch thinking she deserves a title shot after beating someone in their first fight in the UFC.
Click to expand...
Andrade came in & smashed the No1 contender. & she wants a shot lol.

bet you this won't last 40 seconds either
Reactions: Cunth

Volkov looking sharp with those combinations, harris looking like he's trying to get wii-fit or something with those huge swings.
Reactions: Unknown Quantity

Welp. Let’s hope Whittaker gets a quick one too
Reactions: Unknown Quantity

I've never seen someone go down from a shot right to the front like that; usually the liver shot is from a hook to the side.
Reactions: Unknown Quantity and TrainedRage

That kick would have made me shit blood for weeks.

Winner takes all the infinity stones

Ornlu said:
I've never seen someone go down from a shot right to the front like that; usually the liver shot is from a hook to the side.
Click to expand...
Looks like he got him between the ribs, bruised maybe but by the time the pain subsides the ref calls it. Good work rate from Volk.
Reactions: Ornlu

Whittaker's accent throws me off everytime, it's like a bad dub.
Reactions: Unknown Quantity and Cunth

Im drunk. It's been a great time. Four burritos deep. Love UFC at this time.
Reactions: Thing on a Spring and TrainedRage

Cannonier can't seem to do anything aside from leg kicks. He better land a hail mary shot this round otherwise this ones over.

His face is looking worse than whittakers knee, oof.