Up: Pedro Pascal confirmed to play Joel in HBO's adaptation of TLOU

We already have the cast but they won't hire two Meheecans...we can dream! 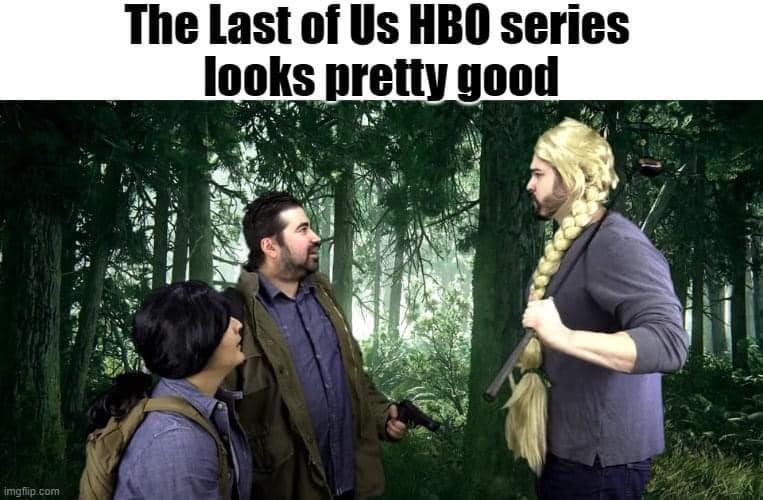 The resemblance is uncanny.

You know what? At least then, they'll be allowing the story to stand on it's own, instead of trying to present the HBO adaption as a too close copy of the game.

Why you got to take a great actor and give him a part that we all know ends poorly.

RIP Ali. Your character will die a unsatisfying death.
Y

Esppiral said:
Ok I want to know where do those GIFs come from
Click to expand...

Watch Blade be recasted to a white man.

N30RYU said:
Watch Blade be recasted to a white man.
Click to expand...

There is only one Blade

Dabaus said:
Isn’t it odd how these race swaps only go one way?
Click to expand...

jonnyp said:
He is a great actor and I'm a fan but you have to laugh at the wokeness.

Is that guy supposed to look like Joel or something?
9

Would have loved if he played Joel. That man can act his ass off lol

I think he'd do a great job, I think he turned it down cause he is busy with the Blade filming.

Amazing actor, and one I'm totally on board to be in the show.

Just make it a show set in the universe if you're going to make major shake ups.

I don't understand showrunners being afraid to create stories set in established universes without main characters.

Goddamn live action anime movie "Crows Zero" did that and it was such a great way of introducing the world without having bend the knee completely to the established storylines. 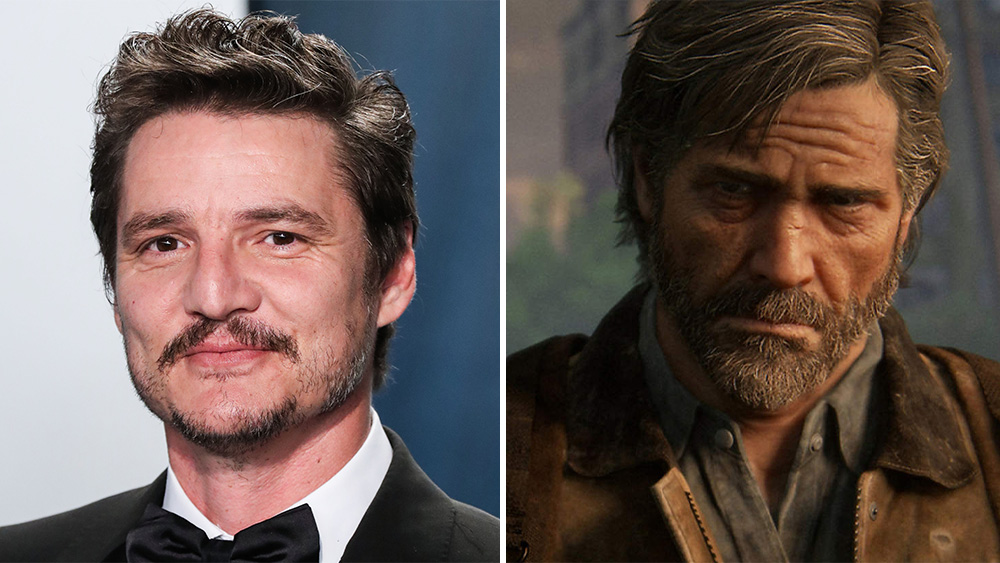 EXCLUSIVE: In one of the biggest TV castings of the year, The Mandalorian star Pedro Pascal is set to headline The Last of Us, HBO’s high-profile series adaptation of the Sony Playstation fra…

EXCLUSIVE: The Mandalorian star Pedro Pascal is set to headline The Last Of Us, HBO’s high-profile series adaptation of the Sony Playstation franchise from Chernobyl creator Craig Mazin and Neil Druckmann.
Click to expand...

This i can deal with.

Hugare said:
Great actor, but yeah. Not a fan of changing gender/color of established characters.
Click to expand...

Nothing in the game has supported the race of any character actually NEEDING to be the role or something. ie not really "established", its more interchangeable. What is interchangeable btw is based on the person that created the work.

So if I make a book with a stranger saving a random person and in the ending of the 3rd book you find out they are related, the race must be the same as its established that its a key part of the book.....

Nothing in The Last Of Us regarding Joel or Ellie is based on race and the person that actually created the series would know this best......its their work, not yours....sooooo if the actual creator was seeking him, its likely because nowhere in the series does Joels race play a significant role. If we find out that in a prequel that he was part of some mainly white biker gang then ok lol As a artist myself, when I write or create, if I intend to make the sex or race of a person something specific for a certain reason, sometimes that reason is revealed later on, thus...only I know why character A or B was a certain race or sex.

eyesabitdull "major shake ups" nah. Nothing in The Last Of Us ever really focused on Joels race....like zero, that isn't a shake up. It would be like you crying over the actors fucking height talking about "mAjOr shaKez UpZ" when nothing in the game is tied to that, ie he wasn't a former basketball player to make his height a significant thing.

Nothing in The Last Of Us exist regarding Joels race to say it MUST be 1 thing as his race isn't a massive factor in the series. I'd argue the fact that the person that created the series was even seeking such an actor proves they had no intent to make his race play a factor.

So....I'd argue the person that created that series knows its universe better then you or I. For all you know, they looked at many people to play Joel and Tommy simply matching their races as they are related.
Last edited: Feb 11, 2021

All that crying, you been DRFUCKMANNED.

Hot! Good news. I liked that scene when he gets his head crushed in GOT. I rewinded it a couple of times.

lol whaaaaaat its Oberyn and Mando as Joel? Lol

Tbh he seems more like an older Nathan Drake. But once he grows out a bit he'll be a good Joel. Looking forward to the show.
M

Thank god they didn't make him Black like some people wanted. If a game character is black then cast a black person to play them. Don't go changing looks just to be diverse
A

Pedro Pascal with facial hair is way better than clean-shaven Pedro Pascal (Wonder Woman, Equalizer 2) so with this being a post-apocalyptic scenario, it’s bound to be the good one.

Batiman said:
Great choice. The salt here is weird. A good actor should be welcomed.
Click to expand...

I agree. Being a good actor should be the only thing that matters.

That's why i would love Joe Pesci to play Abby.

This is so stupid. lol.

Accents aren't hereditary. It's based on your environment.

Some you are stupid racist fucks. And I love it. Its kinda amusing. Youre even scaring the “SJW” complainers.
N

I'm okay with this pick. Still I do think they could have picked someone better than this.

Game of Thrones peeps through the roof

Why not cast a black Joel and a black Ellie?
Oh, that would be actually "The Walking Dead - the Game" adaptation...

this thread ASAP, crisis has been averted, Pedro Pascal is chosen one.

Druckmann finally getting some good actors to spew his mediocre stories.

Not my first guess to a good cast, but my man Pedro is a fucking talent, and I have no doubt he will put in the work needed to make the role what it needs to be.

I bet he would be much nicer if they offered the role to a black guy, they would not want to play on the violent black guy stereotype.

He could be some kind of black Robin Hood in post apocalyptic America.

Anyway, the actor is great, but if we have unwritten rules about casting black characters with white actors (which could be argued for)... This should be true the other way around as well, these moves are getting seriously annoying, I just avoid them by now.

We already had diversity, it just happened, no need for intersectional BS, it's meant to ruin everything.

I preffered hugh jackman but this is a good choice

this thread ASAP, crisis has been averted, Pedro Pascal is chosen one.
Click to expand...

No no. I want the foaming of the mouth to continue. Let the barking go on. Let then realize what behind the door by themselves.

Not a bad choice along with Ellie as well.
T

alabtrosMyster said:
I bet he would be much nicer if they offered the role to a black guy, they would not want to play on the violent black guy stereotype.

He could be some kind of black Robin Hood in post apocalyptic America.

Anyway, the actor is great, but if we have unwritten rules about casting black characters with white actors (which could be argued for)... This should be true the other way around as well, these moves are getting seriously annoying, I just avoid them by now.

We already had diversity, it just happened, no need for intersectional BS, it's meant to ruin everything.
Click to expand...

Not sure what you mean, but most times folks have an issue with that is when the CHARACTER is actually suppose to be black for some reason, just like in a role where the character must be white for some reason. ie a black person playing WHITE BOY RICK.... clearly would be odd and makes no sense. No reason exist in the game for the character to be 1 race or the other. Its likely interchangeable as the creator of the series was seeking this actor in the first place, thus.....its interchangeable to them. They didn't write Joel to specifically be white, they simply have Joel as white, big difference.

So his character in the show being a different race wouldn't ruin shit for me as nothing in The Last Of Us regarding Joel's character being white was ever mentioned in the game as some significant thing. You are not fucking talking about the main character to American History X here bud.

Talk about the actual CONTENT of the game before making odd statements regarding what would "ruin" it. Nothing is even established in the game regarding race regarding his character.

In a series called BLACK PANTHER specifically about a fictional AFRICA, yes....race would matter. In a series about white biker gang, yes...race would matter. Relax with the blanket "derrrr dis personz can't play dis part doe". Not every role in a book, game, novel, show, film etc is tied to race. The creator determines that, so if the creator of the series doesn't care, its likely because its interchangeable.
Last edited: Feb 11, 2021

This is the way.

The crying snowflakes in this thread

Love Pedro. Solid casting. Stoked about the role for Ellie too. Now, if the show will actually be solid....

The Last of Us: Pedro Pascal Says He Was "Worried" About Imitating the Game Too Much
Opinion Business 2

Hendrick's replied
Oct 16, 2021
Pedro Pascal Is Reportedly Making a Lot of Money in The Last of Us HBO TV Show
Business 2