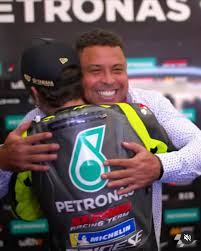 Valentino Rossi was given an emotional send-off from MotoGP as the world paid tribute to the most iconic rider the world has ever known.

Valentino Rossi was described as an “idol” as he closed the door on his career with a 10th-place finish at the season-ending Valencia MotoGP, won by Ducati’s Francesco Bagnaia, appropriately one of the great Italian’s proteges. 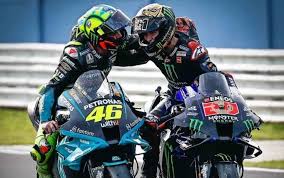 The 42-year-old Rossi, a nine-time world champion across all categories, took all the applause from the 75,000 crowd as he rode an ovation lap in Valencia, which was his 432nd GP since starting his career back in 1996.

Jorge Martin, of the Ducati-Pramac team, and Jack Miller (Ducati) completed the podium at the 18th race of the season for a first ever Ducati podium sweep.

Yamaha’s Fabio Quartararo, who had already secured the world championship, finished fifth after a heavy fall in qualifying.

It was a fourth win of the season for Bagnaia, who came through the VR46 Academy created by Rossi.

The 24-year-old finished the season 26 points behind Quartararo as runner-up in the title race.

He dominated the race but once former Brazilian footballer Ronaldo waved the chequered flag, all the attention turned to Rossi as the riders stopped to pay homage, fireworks went off and cries of “Vale, Vale” echoed around the stands.

His number 46 was everywhere, including on Bagnaia’s helmet and up in the stands of the Ricardo Tormo circuit where his initials and number ‘VR46’ fluttered on yellow flags in the Valencian sunshine.

In the paddock, the nine motorcycles that brought him world titles were lined up side-by-side since Thursday when he posed with each for an evocative photo-shoot.

Rossi thinks retirement will be difficult “especially in March when the season starts again”.

“I regret stopping, already,” Rossi admitted with a trademark grin.

“It was very moving. I received great support and felt great respect from all the people in the paddock and all the riders.” 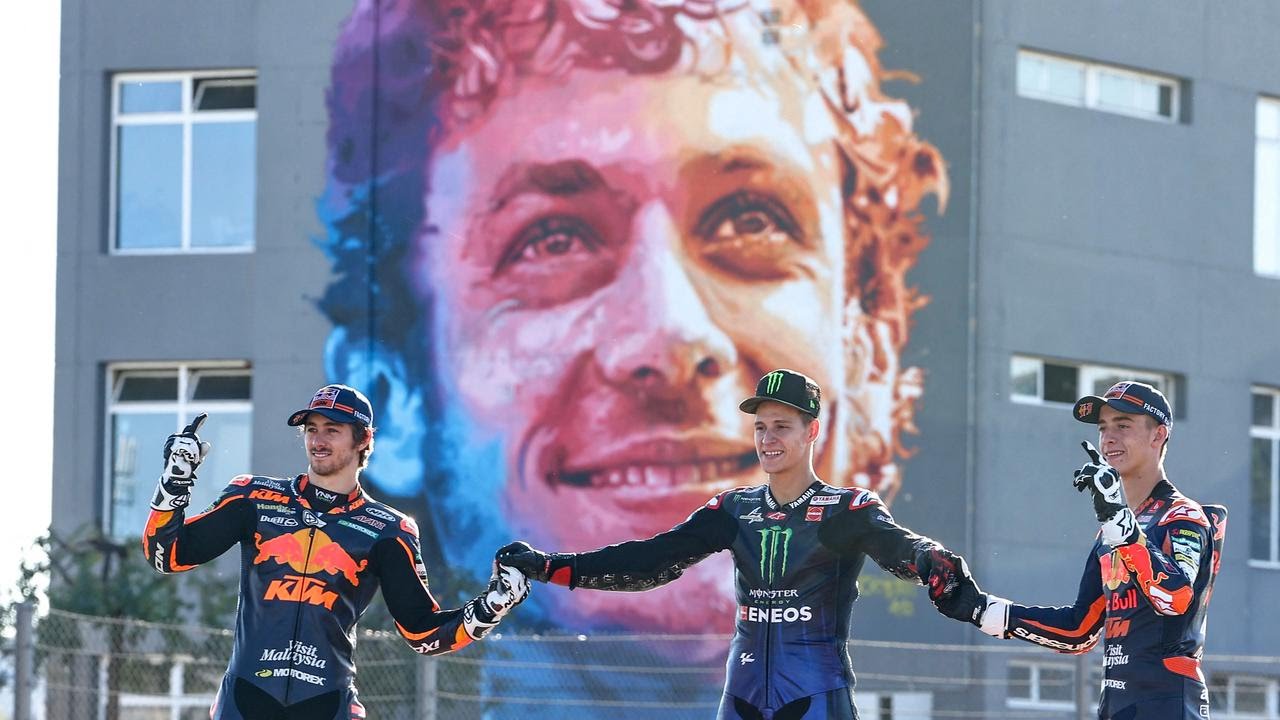 A giant street-art fresco displaying the portrait of the smiling “Dottore” overlooked the starting line.

If this season was his poorest in 26 seasons at world level — he finished a distant 18th in the standings — there were no tears, just a trademark grin from “The Doctor”.

“I was motivated and focused as if I was fighting for the championship because the last race is the last race, it’s very important,” he said.

“It was not easy because there was a lot of pressure but I was able to get into the top 10 so that means I’m ending my long career among the top 10 riders in the world!

“That’s important to me, I’ll always be able to say that in my last race I finished in the top 10. That was the most important thing, to try to be competitive, because I’m still a rider.

“I didn’t want to finish last.”

Quartararo was not even born when the Italian won his first world title in the 125cc category in 1997. 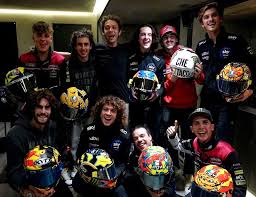 “Rossi, he’s been my idol since I was little,” said the 22-year-old

“He influenced me a lot in this sport and in the way of working. He’s a rider that I adore, as a rider and as a person for that matter.

“It is sad that this is his last race but we celebrated it well with the whole Yamaha team.”

Rossi’s last title dates back to 2009 and his last GP victory in 2017 but that has not dulled the adoration felt by fans.

Graduating to the premier class he was runner-up in his first season in 2000 before taking the final world title raced in the 500cc format a year later with Honda.

He retires with 115 victories including a record 89 in MotoGP, 235 podiums (199 in the top flight), also a record, and the longest career of any rider in the sport’s premier class.

Next season his VR46 team will make its debut in MotoGP next year as a Ducati satellite.

Spain’s Xavier Artigas of Honda won his maiden Moto3 GP on the same track earlier after countryman Pedro Acosta, winner of the world title last week at the age of just 17, fell on the final lap.

I was a big fan back in the days.
Reactions: Airbus Jr
T

End of an era for an absolute legend of Motorsport. With the tole on the body that GP motorbike racing takes, it's pretty incredible that he raced for so many years. He was long past his prime but I don't think it tarnishes his overall record. Very cool to read that he is going to continue to be involved in the top class through team ownership.
Reactions: Airbus Jr and ymoc

A legend. Nice OP too.
(might wanna fix the title though, its trigger-worthy).
Reactions: DarkestHour

One of motorsports true greats, gonna be weird not seeing him race anymore.
Reactions: Airbus Jr

Motorcycling is one of those sports that struggles, love seeing when it’s on big tracks, I enjoy the speed. Why can’t this guy come out of retirement a year later? I mean Tom Brady is still pretty good.

Was his streak raw talent or is there some bike tech that gave him an advantage (Formula 1 can be a very car/tech driven sport)?

I would guess all bikes are rather similar. I know him from osmosis, never watched him race still know he's the greatest bike rider the world has seen.

I didn’t know much about MotoGP but bought a motorcycle a while back.
Watched long way down and Round. Netflix recommended that GP documentary and loved it.

this dude is amazing. Someone that competed in a number of generations of a sport where most only do it for a short time.

sankt-Antonio said:
Was his streak raw talent or is there some bike tech that gave him an advantage (Formula 1 can be a very car/tech driven sport)?

I would guess all bikes are rather similar. I know him from osmosis, never watched him race still know he's the greatest bike rider the world has seen.
Click to expand...

It’s sort of both. They changed rules a bunch and that hurt him. They changed the types of engines and also he went from a more analog time to a time now where it is a lot of electronic assist etc.

Why would you spell it with a "y"?
You must log in or register to reply here.