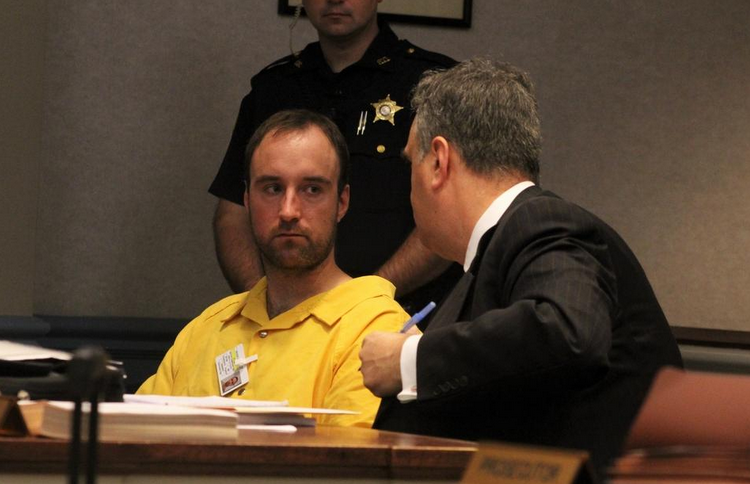 SUPERIOR COURT - A 31-year-old Vernon man is jailed pending trial after authorities say he sent several emails and letters to local farms and stables requesting to have sex with their farm animals.

Police say that when the man was rejected, he began harassing the residents and leaving metal tire deflation devices in their driveways.

Richard Decker was arrested on Oct. 3 and is facing 22 indictable offenses in addition to several disorderly persons offenses stemming from incidents in multiple jurisdictions including Lafayette, Vernon, Wantage, Frankford, Andover Township, Franklin and Hardyston. Authorities say the incidents date back to August 2018 and continued through the beginning of October of this year.

In yellow jail garb and handcuffed, Decker appeared in state Superior Court Wednesday in front of Judge N. Peter Conforti after the state, represented by Assistant Prosecutor Magdelen Czykier, filed a motion to detain him pending the disposition of his case.

Conforti, following the roughly 45-minute detention hearing, said he was “clearly convinced” that Decker should be detained, stating that he was “not certain” there was any release conditions that would “ensure the safety of the public.”

“In my view, there is a pattern of unlawful conduct that presents a danger to the community in the actions of Richard Decker,” Conforti stated.

Beginning in August 2018, Decker would contact Sussex County farms, horse stables and horse boarding facilities via email or by letter requesting to have a sexual relationship with their animals specifically their cows and/or horses, according to Czykier.

When Decker was rejected, Czykier said, he would leave harassing messages with the property owners, leave negative reviews of the facility online and leave handmade metal tire deflation devices on the property, specifically in the driveway. Many vehicles have been damaged due to the spikes, Czykier said.

Devices found in his bedroom included two arrows with attached explosives and flash powder - which could contain a variety of compositions including potassium and aluminum - along with ferric oxide and magnesium. The powders are used in explosives.

Czykier said Decker also had manufactured a .22-caliber firearm without being registered or licensed to do so.

In one specific harassing incident, Czykier said Decker threatened to beat a property owner’s wife with a wooden stick.

Decker’s attorney, Daniel Palazzo, argued for his client’s release on conditions, stating that Decker has no prior criminal history, has a full-time job in Franklin Lakes waiting for him and is “not facing any violent charges.” While he said Decker admitted to authorities he sent letters and emails to local farm owners, Palazzo argued that it was not immediately clear if Decker’s firearm “was even operable.”

“He never had contact with anyone directly and the explosives were basically firecrackers,” Palazzo argued. “They were stored in jars with no intent to use against anyone.”

Czykier disagreed, stating that Decker had no lawful purpose to possess explosive devices and a firearm, and said that coupled with Decker’s “behavior,” Decker posed a serious risk to the community.

The investigation remains ongoing and additional summons from multiple jurisdictions were still being served to Decker on Wednesday and may continue being served.

In January, Vernon Township police asked residents to report any suspicious activity after several vehicle tires were punctured with homemade spiked metal devices. Police said at the time several residents reported running over the devices in the entrances of their driveways or farm roads. One social media user from Vernon said his family had fallen victim to six flat tires within a month and another found a “row” of the devices across their Vernon driveway.

Decker will remain detained in the Morris County Jail. He is expected to return to court on Nov. 4.

Just lead him to the bull pen and let nature sort itself out.

Let the sick fuck get kicked in the head by a horse once and it'll set him straight or set him stupid but he's gonna be hesitant to try to fuck around the barnyard for awhile. 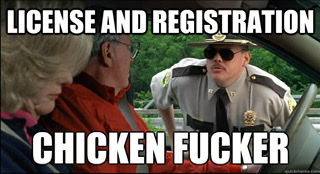 I bet he wishes now he just spent the money and bought his own cow or goat. 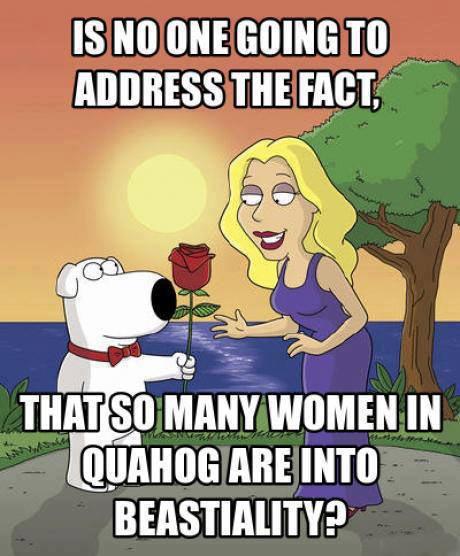 So phobic and bigoted, why cant you respect his sexual nature and gender identity. He is part of the LGTBQAF community, the AF stands for Animal Fucker.

what kind of religious fanatics are holding back this man from expressing his natural love?

science has shown us there is no difference between animals and humans. thus there is no problem with this man getting fucked by a goat. mentally, they are nearly identical.

This asshole is trying to dethrone my local homegrown hero, Florida Man.

But seriously, who doesn't deflate someone's tires when they're turned down for sex? I know I always do.
Last edited: Oct 11, 2019

This is very disturbing.

Someone needs to turn this guy on to microwaved cantaloupes

The headline of this thread is like when you're watching a football game and the announcers warn you that they're about to show a very gruesome replay to let those more sensitive have time to look away prior.

I read that direct warning in the headline yet here I am. I find myself wincing with regret in the same way I do on those gruesome football replays.