War of the Monsters |OT| The Best Godzilla Game 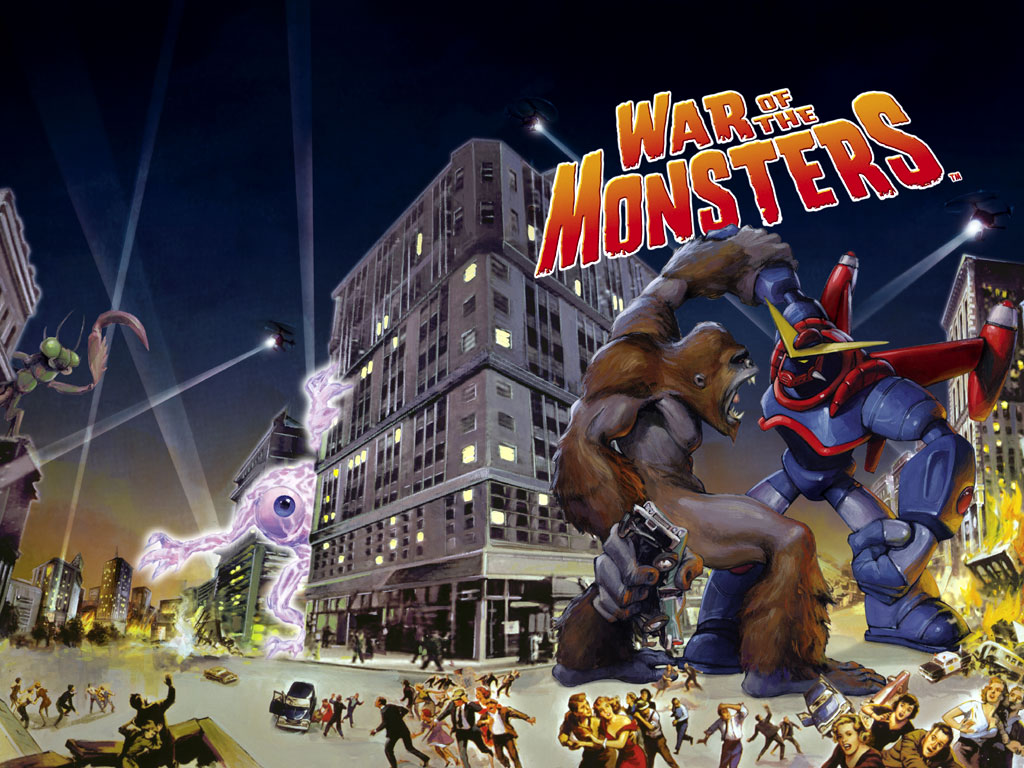 A classic PS2 brawler returns on PS4! War of the Monsters is a city smashing, robot punching, great ape throwing third person brawler where you play the role of a giant monster, or kaiju, and go to town beating the snot out of other giant monsters. Now enhanced with improved resolution (and probably frame rate). 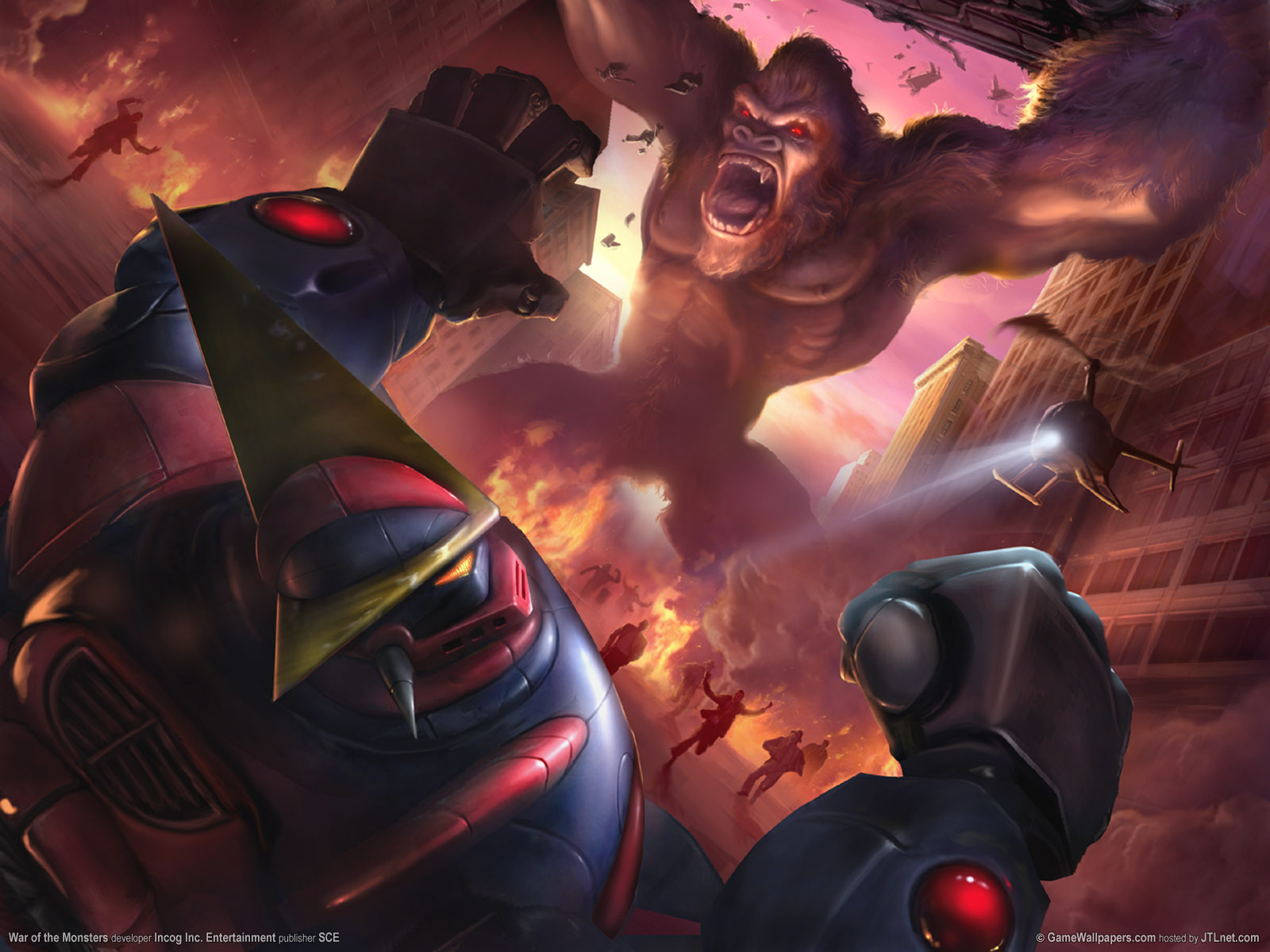 War of the Monsters has a roster of kaiju to choose from - many are tributes to classic monsters and tropes, such as Togera (Godzilla), Congar (King Kong), Ultra-V (Classic anime mecha), and Preytor (giant mutated bug). Others, like Kineticlops and Magmo, are original ideas cooked up by the brilliant folks at Incognito (RIP). The game has a simple arcade mode that can be beaten in a few hours by each character. The real joy comes from local multiplayer, where you can battle a friend with the creative split screen merging system the game is well remembered for. Now on PS4, this wonderful feature can be enjoyed online thanks to Share Play! The game also has trophies, so dig in.

A bit of advice: read the manual! There are a lot more moves than the game ever tells you, and with the knowledge from the manual you'll be stomping scrubs in no time.

War of the Monsters is an absolute joy. If you've got someone to play with in person or the connection to Share Play, I strongly recommend this game. This thread should be a great way to find online opponents to Share Play with as well. If you're looking for someone, please post here with the following format:

Remember, you don't need to own the game to join, just to host! If we have enough interest I'll make a Google doc so finding opponents is even easier.
B

I heard this gaming was amazing. Too pad I didn't venture outside of DBZ, WWE, and GTA on PS2 games. Maybe I'll pick it up to see what I missed. Dope thread op.
A

not characteristic of ants at all

I played this game so much when it came out. I loved it.
J

I haven't bought it yet but I probably will in the next few days. Unfortunately my connection is too slow to host so even once I do that won't be an option (unless a miracle happens and TWC stops bring terrible).

Bluekaveli said:
I heard this gaming was amazing. Too pad I didn't venture outside of DBZ, WWE, and GTA on PS2 games. Maybe I'll pick it up to see what I missed. Dope thread op.
Click to expand...
It's a hell of a game. One of my favorite PS2 games for sure.
S

I hope if this does well enough Sony might consider bringing the IP back to life in some form, at least there aware that this is a beloved game for a lot of people. I'll play eventually as i'm having fun with UC4 beta right now, but looking forward to replaying it and causing tsunamis over and over again.
J

The destructible environments in this were so much fun! And very interactive, like the tidal wave in the faux Tokyo, or the massive earthquake you could trigger in the San Francisco clone. I probably spent more time leveling the cities in solo 1v1 matches than I did playing the actual game. It reminds me of Vigilante 8, or a 3D Rampage game.
F

Might pick this up. Had a lot of fun playing multi with friends back in the day.
X

How big is this game?
I mean GB

Great game, I remember playing the demo in Walmart and falling in love. Highly recommended everybody, even for single player (which is how I played it exclusively)
M

This is an amazing game and I'm glad it's back. But I already own it, so... Here's hoping it sells enough to warrant interest in a sequel?
J

xKilltheMx said:
How big is this game?
I mean GB
Click to expand...
672MB
X

Stoopid question but... does this also release in Europe?
P

How does it compare to Godzilla: Destroy All Monsters Melee?
P

Is this a fun single player game?

Time to impale some mo'fos.
C

Loved this game when it came out. Always wanted a sequel but it never came
J

PSY&#12539;S;188069584 said:
How does it compare to Godzilla: Destroy All Monsters Melee?
Click to expand...
I prefer WotM. The environments are much more interactive and the mobility of the monsters mixes up combat a lot more. I say this is an extremely hardcore Godzilla fan.

gketter said:
Loved this game when it came out. Always wanted a sequel but it never came
Click to expand...
Maybe buying this will encourage Sony to make one. Who knows, could be. I wouldn't buy it just for that but it encouraged me a little bit.
M

Does the emulator have any settings I can change for the game by any chance?
Kept pressing Option but nothing comes up

Oh and here's a save file to unlock everything
http://www.gamefaqs.com/ps2/561529-war-of-the-monsters/saves

Just download it, copy to your USB, connect to PS4, go to Settings from the XMB and copy the save file to your PS4.
D

So does anybody have any performance impressions? Does it run in 16:9? Solid 60 fps? Is the graphical improvement that noticeable?
N

I wish this became a series. Would've been a nice alternative to Atari's Godzilla games at the time.
J

Can we include file size, number of players in the bulletin points op?
E

This has online multiplayer?

Now I really wish I had a PS4.

Anyway just wondering, did they make the Sweet Tooth costume accessible Agamo?
I

i'd like to try and join, but i don't have it. not an issue right? i have shitty upload though
S

It sucks this never got a sequel. Sony really needs to revisit this!
J

Jack The Nipper said:
Can we include file size, number of players in the bulletin points op?
Click to expand...
You got it
M

What's the chance of ever getting a spiritual successor?
D

Jack The Nipper said:
Can we include file size, number of players in the bulletin points op?
Click to expand...
File is 704.5mb.
N

Awesome game. Only thing missing was 4 players multiplayer, which was weird considering there were 2 more AI players.

More_Badass said:
What's the chance of ever getting a spiritual successor?
Click to expand...
It doesn't have guns and isn't open world; forget about it.
L

Such a good game, really can't wait to buy and play it all over again.
F

This game is amazing, it took a little getting used to the controls again, but it's the first thing I played when I downloaded all the PSX drops. I plan on share play co-oping soon.

Saw an old Greg Kasavin review. If the game was too repetitive and button-mashy in 2003 then it would feel painful to play now, especially since there is no real single player to go through.
R

Spent so many hours playing this when I was younger. Shame we'll never get a sequel.
This was the closes we ever got to game like that. 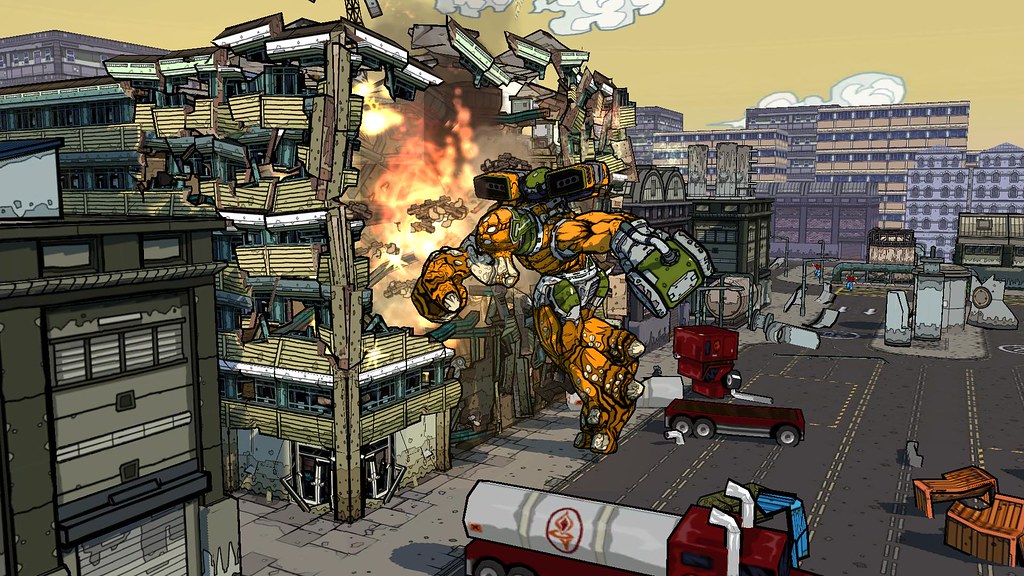 ShinUltramanJ said:
It sucks this never got a sequel. Sony really needs to revisit this!
Click to expand...
I've hoped for a sequel announcement the last 6 or so E3s. It was a fun game to play with my friends and even family who didn't play video games. Now they could totally make a deal with Legendary for the use of Godzilla and King Kong. I'm tempted to buy this for my PS4 but its tough the PS2 disc is like 15 feet away.
U

This was such a fun game. I had a blast playing it with friends, and haven't played a more enjoyable fighting game since.
D

Been too long since I last played this.

Time to go smack some gorilla butt with Ultra-V
U

Thanks for making this thread.

played the fuck out of that shit. is WOTM a spiritual sequel? i remember it but never played it
J

Unicorn said:
Thanks for making this thread.

NEEEEED, NEEEEEEEEEED a sequel.
Also, is Sweet Tooth skin obtainable? Maybe forced purchase of TMB on PS4?
Click to expand...
Unlocked automatically! No need to get TMB for it.

Anybody down to host some share play right now? Add me on PSN if yes! I would host but my connection can't handle it.
S

NEED a sequel coz!
J

I never played this game and not sure why. Never knew it was a popular title
R

bounchfx said:
came in here thinking it was about king of the monsters 2

played the fuck out of that shit. is WOTM a spiritual sequel? i remember it but never played it
Click to expand...
That looks pretty sick. :0 want to play now.
P

bounchfx said:
came in here thinking it was about king of the monsters 2

played the fuck out of that shit. is WOTM a spiritual sequel? i remember it but never played it
Click to expand...
Fuuuuck loved this game
J

I've always wanted to play both this and R.A.D.

Now, at least I can play one of them!
M

Man, this game brings back some memories. Spent a lot of time playing it with my brother when we were younger.

I just checked out the trophy list, and found out the most important difference between the $10 and $15 games...

Still buying it!
U

I can't remember: Does this game have a campaign you can 'beat'? Or no?
O

OCDChewie said:
I can't remember: Does this game have a campaign you can 'beat'? Or no?
Click to expand...
I'm wondering the same thing. Need to know if this is a decent single player game.
You must log in or register to reply here.
Share:
Facebook Twitter Reddit Email Link
Top Bottom