Was 'Scarface: The World Is Yours' the best GTA clone of all time? 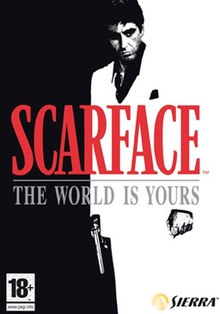 The closest otherwise would be Saints Row 2 but it has its own set of issues.

I've played GTA clones from both True Crimes, the Saints Row games including whatever 3 and 4 were supposed to be, the reformatted Driver games and so on and none have really given you the complete package imo like SWIY.

Scarface was not just a GTA clone but it felt different enough that while clearly using a similar style you never really thought of it as just another GTA clone and it stood out on its own. Making a sequel to a classic film and setting the theme around revenge with a new set of aesthetics that none of the GTA games released at that point used made Scarface it's own game and not just a ripoff.

From how you explore, the theme, the travel and combat mechanics, the story, the locations, the world design, how missions are organized, integrations with the characters, radio stations they were all well done. It was a massive world that involved playing as an ex-Mafia lord in hiding now on the run and then picks up as you regain territory and restore your brand. The most GTA did with that is in San Andreas where randomly twice in the game, and optional, there throw some random squares on the map and if you kill a certain number of gangsters the squares change to your color, whatever the heck that was.

Saints Row started out in the right direction, but then went crazy with 3 then turned into a Crackdown ripoff that may at least to their credit, was better than Crackdown, at least Crackdown 2.

True Crime (both games) was always a buggy piece of crap that barely worked and sometimes would crash your console although when things worked it was clearly ambitious trying to do more than they possibly could for many seconds. Sleeping Dogs went in a different direction losing the series identity.

It would be great for a remaster, no, better yet a remake with a larger world and the same plot. Of course Activision closed the original studio after Prototype 2's failure but they could get some talent to put out a remake, maybe remove some of those 9 or 10 studios making COD, They can even add an online mode to milk MTX just like GTA so it fits in with Activisions service game plans!

I believe that this was the peak of GTA clones, do you agree? If not what GTA clone do you like better and why? 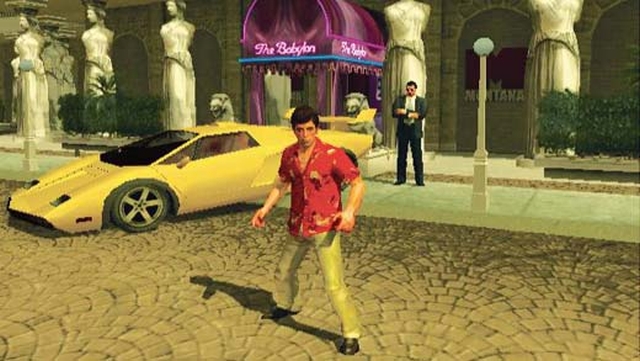 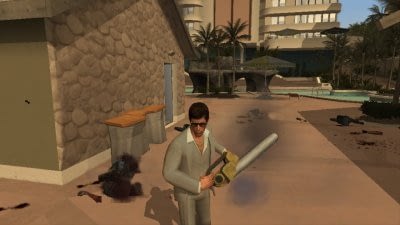 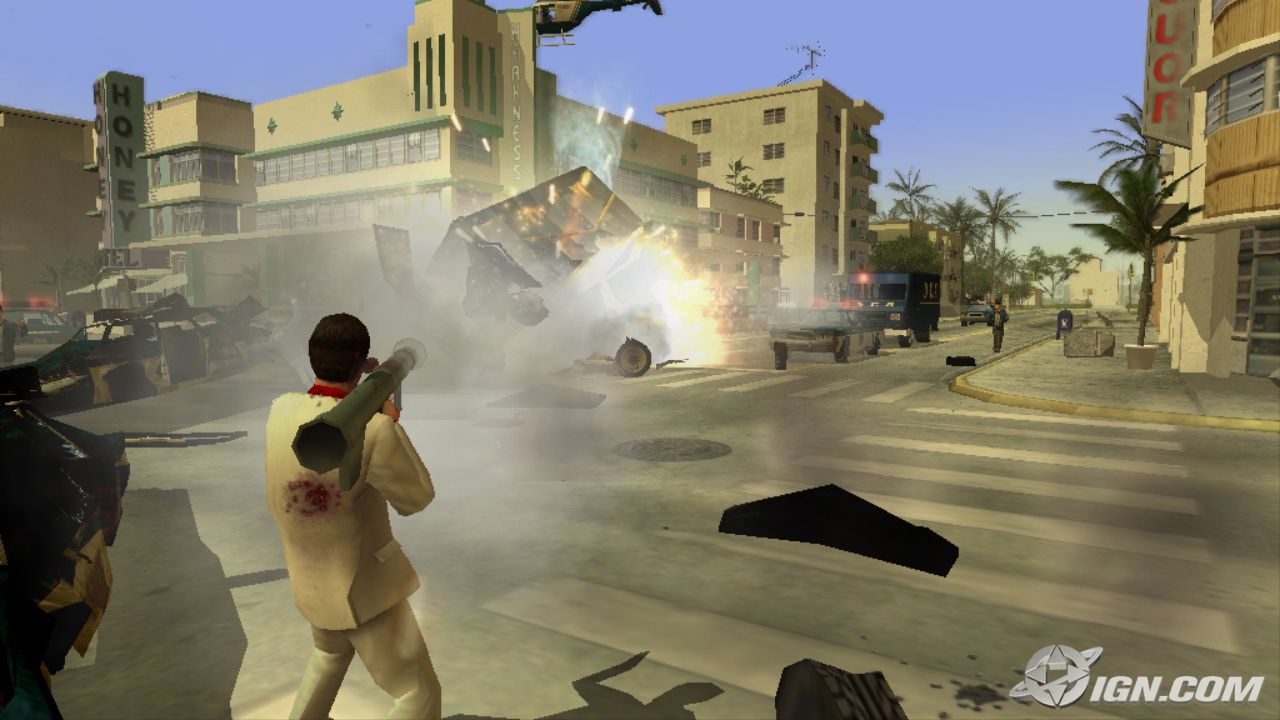 Reactions: MiguelItUp, IbizaPocholo, RNG and 13 others

Saint Row, Sleeping Dogs, Mafia 2 and True Crime are well ahead of Scarface

Yes during the time. Now come to think of it no
Last edited: Apr 30, 2021
Reactions: CamHostage

It was awful, and I should have been all for this title, I love Scarface, especially during the teenage years, the story is empty, there are 4 or 5 activities that you'll have to carry out all along the game, the controls are awful, there is a bug that makes that if you change the appearance of your manor you will lose ALL the objects you have installed in the previous appearance, and many of them you can't get back, for a game that's all about money and spending that doesn't make sense. I'll give it a few points for the soundtrack that is really solid, but it just comes from the movie so cheers to devs for copy pasting a few mp3...

Honestly when you look at it you would think that its a spiritual son to GTA, but it really is not, sleepings dogs or true crime as mentioned before are way more qualified.
Reactions: CamHostage

I loved sleeping dogs. The combat was better than any GTA or its clone lol

Sleepy Dogs is by far the best GTA clone, it doesn't even try to pretend that it isn't, much like the True Crime series didn't give a shit about being a clone. (Since, as everyone knows, this was supposed to be a true crime game) It was also made by a lot of ex-Rockstar Vancouver people so I think they really nailed what they were after and had some really cool systems (melee combat). It became that middle ground between modern GTAs grandiose scale and seriousness and Saints Row budgety/silliness. A lot of the people that made the core game of Sleep Dogs were laid off before Square picked it up and as far as I understand, UFG is a shadow of it's former self when all the work went into the game. I don't know if they have the resources or the talent to make another one, which is a shame.

I am the only person I know who really liked that Scarface sequel game. It was always hard for me to be motivated in these kinds of games (almost never caring about the story) but that gave me an actual motivation to make money: To decorate my mansion! It was this half-baked Sims-ish building editor, along with a way to call sweet vehicles right to your location at any time, that made me play the hell out of that over the course of several Blockbuster rentals.
T

Derktron said:
Yes during the time. Now come to think of it yes
Click to expand...

Derktron said:
Yes during the time. Now come to think of it no
Click to expand...

Ah so the first time was a typo.

I think it still holds up if you avoid the PS2 version and go for the updated ones with the better graphic and performance.

The Gorby Congressmanz said:
The closest otherwise would be Saints Row 2 but it has its own set of issues.
Click to expand...

Came in here to say Saints Row 2 ha. Saints Row 2's coop is some of the most fun I've had in a game. Shame where the series has gone since then.

I'd reverse that order but those are mine too. I've actually never played Scarface.
Reactions: Stephen Curry

Godfather was surprisingly good, but I would go with Saints Row 3.
Reactions: Azaroth

Sleeping Dogs was pretty much only let down with its poor driving mechanics.

Mafia II is great but the open world is more of a backdrop without much to do in it.

But those two are most definitely the best of the rest.

Definitely one of the best: Good gunplay, gore, great car handling, interesting secondary missions.. My only complain was the lack of airplanes (you had a seaplane, but it was just a fast travel feature).

Sleeping Dogs is more of a story open world game, less of a sandbox. I think Saints Row 1 and 2 fit the bill of the best clones. Godfather 1 was also really fun.
Last edited: May 2, 2021

I don't understand the love for Sleeping Dogs. It's alright, but I played some of it about a year ago and it didn't knock my socks off.

Saints Row is probably the best. At least the first two games.

Can't be bothered to read through 24 comments. Did anyone say Sleeping Dogs yet?
Reactions: lostinblue
J

kiphalfton said:
I don't understand the love for Sleeping Dogs.
Click to expand...

Because nearly every other game listed here has mediocre to awful melee combat.

Underrated gem. But Saints Row 2 was the best imo. Especially since it was out at the same time that GTA4 was trying to take the series in a more dark, serious, realistic direction that I wasnt a fan of.
Last edited: May 2, 2021

This game needs a Remake.

I only saw my friend play it back in the day . We were joking the story was that Tony did so much blow , he had come back from the dead.

Looked fun from what I remember but it was a long time ago.
N

I'd say Red Faction Guerilla, or the Saboteur. Sleeping Dogs was okay too.
Reactions: dave_d
T

Neolombax said:
I'd say Red Faction Guerilla, or the Saboteur. Sleeping Dogs was okay too.
Click to expand...

Yes. I remember liking it better than GTA back then. I would go as far as saying that Rockstar took a lot of cues from this game, the car shooting mechanics, the loud gunfire, shootouts banter, and the heavier feel of cars, used in GTA IV felt inspired in S:TWIS. Also, they took Rage Mode for Trevor in GTA V.

You can really compare Sleeping Dogs or Saints Row The Third since they came one generation later. Also, Sleeping Dogs is more of a beat them up than a shooter, I would compare that one with Bully or The Warriors.
Last edited: May 3, 2021

I do prefer Sleeping Dogs, and The Saboteur, but Scarface is also pretty solid.

I loved strangling people using the Wiimote in Scarface.

That shark fucked me up

It was a neat game. Would be better with better engine.

I think it's only fair that Scarface was a GTA clone, as GTAVC was a Scarface clone

I never played this, but I don't really remember hearing the best things personally, especially at the time. I thought Saint's Row 1/2 were more so worthy contenders.

IMO I also agree with the Sleeping Dogs notion. It did similar things, but also mixed up quite a bit. I was so pleasantly surprised with it.
You must log in or register to reply here.

With the decline of Saints Row and Just Cause, does that mean we'll never have a "major" alternative to GTA?