Time for people behind this change to face what this is all about. It's about the logo, isn't it? That's a real man. That's a bad man. That's a free man. That's a man that never cried a day in his life. He listens to Van Halen, smokes cigars and marlboro reds, eats only steak. He's driven by pussy and he'll never ever get cancelled. No danger. He's an unstoppable force of nature, chadest of chads. The high plains drifter, he's coming to kill fools and fuck women. And nothing anything can do about it. He's the idealization of a manly goddamn man when that meant something. MEANWHILE this is what men are supposed to be nowadays:

Just admit it. The logo has to go.
Reactions: and 3 others

It's not racist to remove all POC imagery though?

If they're really woke they'll get a team of native Americans to do up the design and name.
Reactions: and 3 others
Y


Redskins fans: DO NOT:

Get rid of your GEAR
Stop calling your team its NAME

we are losing, but we must fight back!
Reactions: nbcjr and and 3 others

Washington Reds could work. But wasn't red like the color of the flags of the bad dudes on the 1800s war? Is red Demoncrat or the right wing Elephant? I don't know shit about American stuff...

Maybe call them the Washington ColorBlinds.
Reactions: and 3 others

Ironically I was just watching this guy's man cave tour.

While I don’t have a feeling about the teams name. I do find funny that ads and money are trying to bully the team into doing something they want done.

Is corporate warfare the next step into making sure everyone falls in line? If these companies start fighting we all lose.

So they will do away with the Redskins, the Braves etc, and then complain there isnt enough Native American representation in sport teams names.
Reactions: Hoya Destroyer

I thought it would have happened years ago. It's literally a racial slur, and they've even been lampooned by the likes of the South Park writers.
H

They should go with Washington Natives.

Cleveland Indians are also considering name change. Over the past several years, they’ve phased out the Chief Wahoo logo. Their main logo now is a red “C”. Oddly enough, the team used to be called the Cleveland Naps and changed its name to the Indians in honor of one of their Native American players.

yeehaw said:
this is just the start sadly...SJW's have won....


Redskins fans: DO NOT:

Get rid of your GEAR
Stop calling your team its NAME

we are losing, but we must fight back!
Click to expand...

I know you've been banned but did you really think this bullshit was going to work? Try being a little more subtle next time you make a troll account retard. 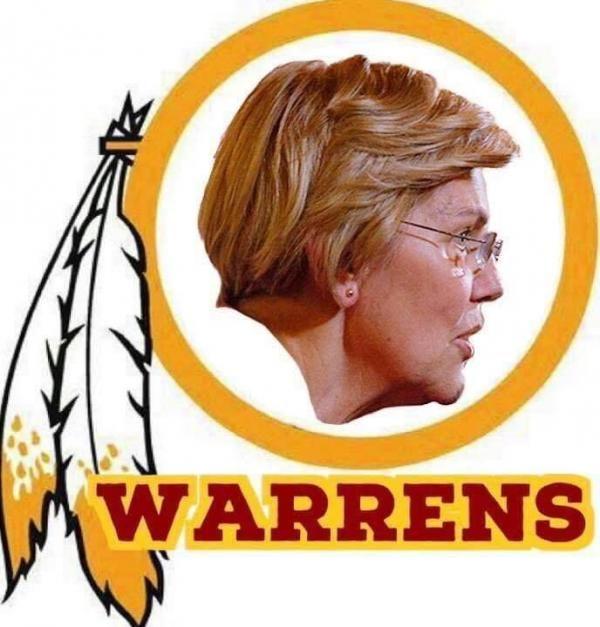 
Please do not do this for the love of God Snyder just abandon the prospect of anything relating to Natives.

Just go with Washington Warriors man. Rolls nicely off the tongue.
Reactions: HotPocket69 and and 3 others 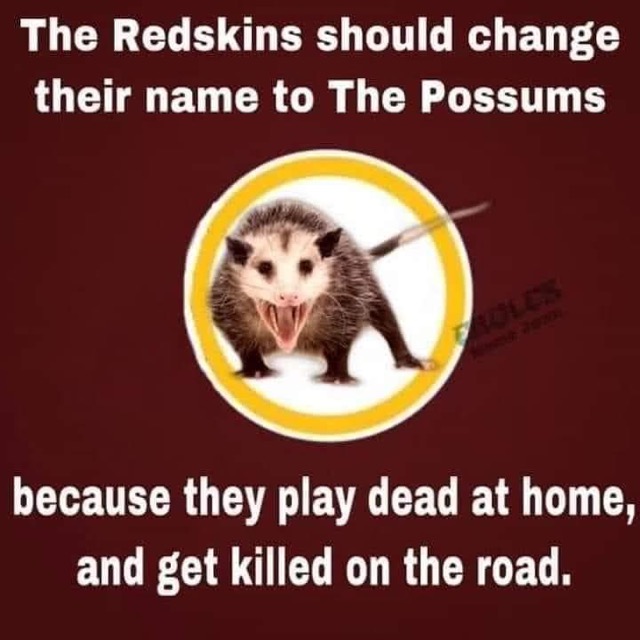 I vote for possums
Reactions: and 3 others

“After a thorough review, we’ve determined the team name is fine and haters can just deal with it” is my dream scenario.

man caves are so fucking gay

HogofWar said:
As a Scandinavian I am very offended by Blackburn Vikings, this constant reminder that most people see us as nothing as brutish savages that raid Britains shores and pillage and plunder is vile, wrong and just an old stereotype that is perpetuated by racist clubs such as this.

As an Irishman i too am fed up with the world view that we are nothing but alcoholic fighting potato lovers therefore I suggest we should get together down some Guinness & Whisky chasers and go pillage some cunts to show the world that culturally we have more to offer. You bring the longboat and ill grab a sack of potatoes.
Reactions: Lrnex, iconmaster and DogofWar 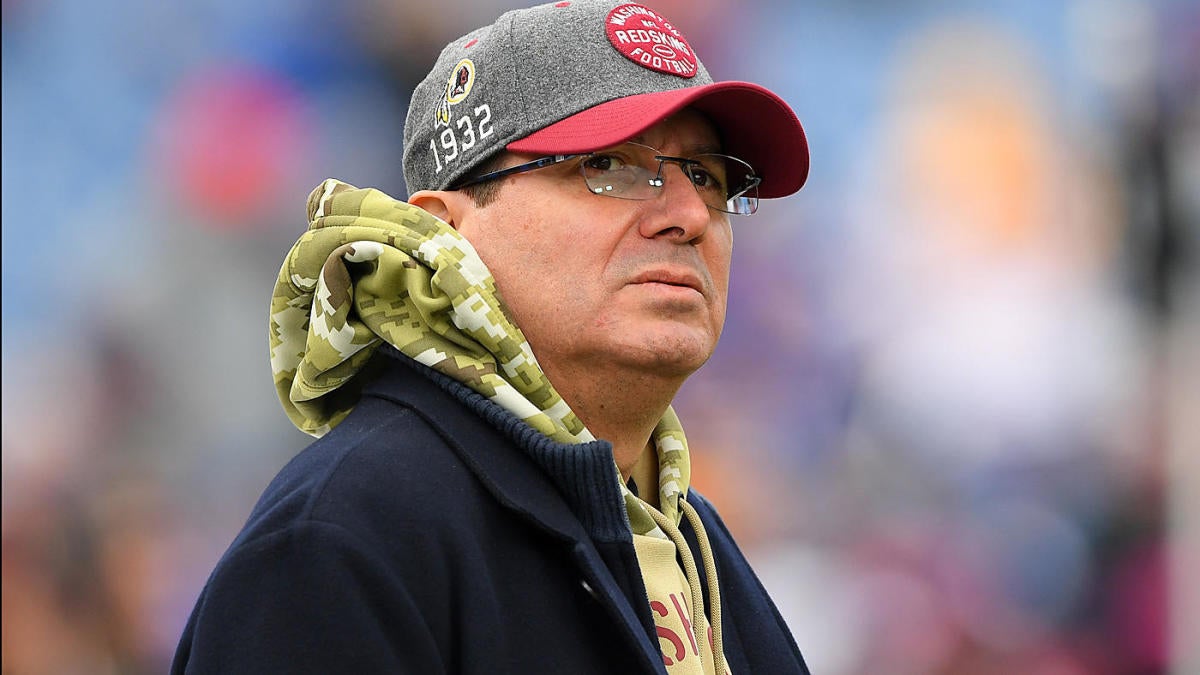 Remember when websites weren't scared of their own readers comment section!?
Reactions: UncleMeat

I don’t think Dan caved. I think the NFL forced this. Snyder isn’t the type to cave or care what others think. He let Bruce Allen run the team for 10 years all the while being destroyed by and losing a large segment of the fanbase. Dan wouldn’t have caved like this unless forced too.

They'll always be the Redskins to me. That's a badass name, logo and identity.

Watch they change their name to The Pride or something like that. Something to "preserve the spirit" or something.
Nevermind: that's a name of a local hockey team there.
Last edited: Jul 13, 2020

I'd bet money the fans will sing "hail to the redskins" ....assuming they ever score a touchdown.
Last edited: Jul 13, 2020
Reactions: Reptars Revenge
S

This is like that one episode of Kimmy Shmi...yes.
N

I'm not a fan of the Red Wolves. Washington Red Wolves doesn't roll off the tongue.

I am okay with the Washington Wolves though. You get built in alliteration

NecrosaroIII said:
I'm not a fan of the Red Wolves. Washington Red Wolves doesn't roll off the tongue.

I am okay with the Washington Wolves though. You get built in alliteration
Click to expand...

How about Washington Wolf Skins??
N

I'm okay with that, but peta woyld lose their damned minds

UncleMeat said:
I'd bet money the fans will sing "hail to the redskins" ....assuming they ever score a touchdown.
Click to expand...

Washington teams often have a patriotic name to them.... Nationals, Capitols, not sure why the NBA team is Bullets. Maybe due to high crime or something.

But do a 180. Forget about any name having to do with Natives.

The woke mob will still cry about Warriors being racist if they use that. The Redtails name being pushed by the media has already been trademark squatted by some loser trying to get rich of the inevitable name change. As Washington prepares to change its name, it may have to deal with a man named Martin McCaulay. In recent weeks, McCaulay has squatted on several potential names for the team, via applications filed with the U.S. Patent and Trademark Office. It’s not a new hobby for McCaulay; back in 2015, FOX5...

Just keep the red skin theme and change the name to the Washington Rednecks.

I’m actually glad they changed the name, fans will be there day 1 for new uniforms

Reptars Revenge said:
Been all downhill since an injured RG3 went back on the field and died
Click to expand...

What a one year wonder that guy was.

StreetsofBeige said:
What a one year wonder that guy was.

This has been something many first nations have fought for for a long time.

Just go with Washington Reds, remove the Indian and just have WC as your logo, sorted.

Hackz said:
Just go with Washington Reds, remove the Indian and just have WC as your logo, sorted.
Click to expand... 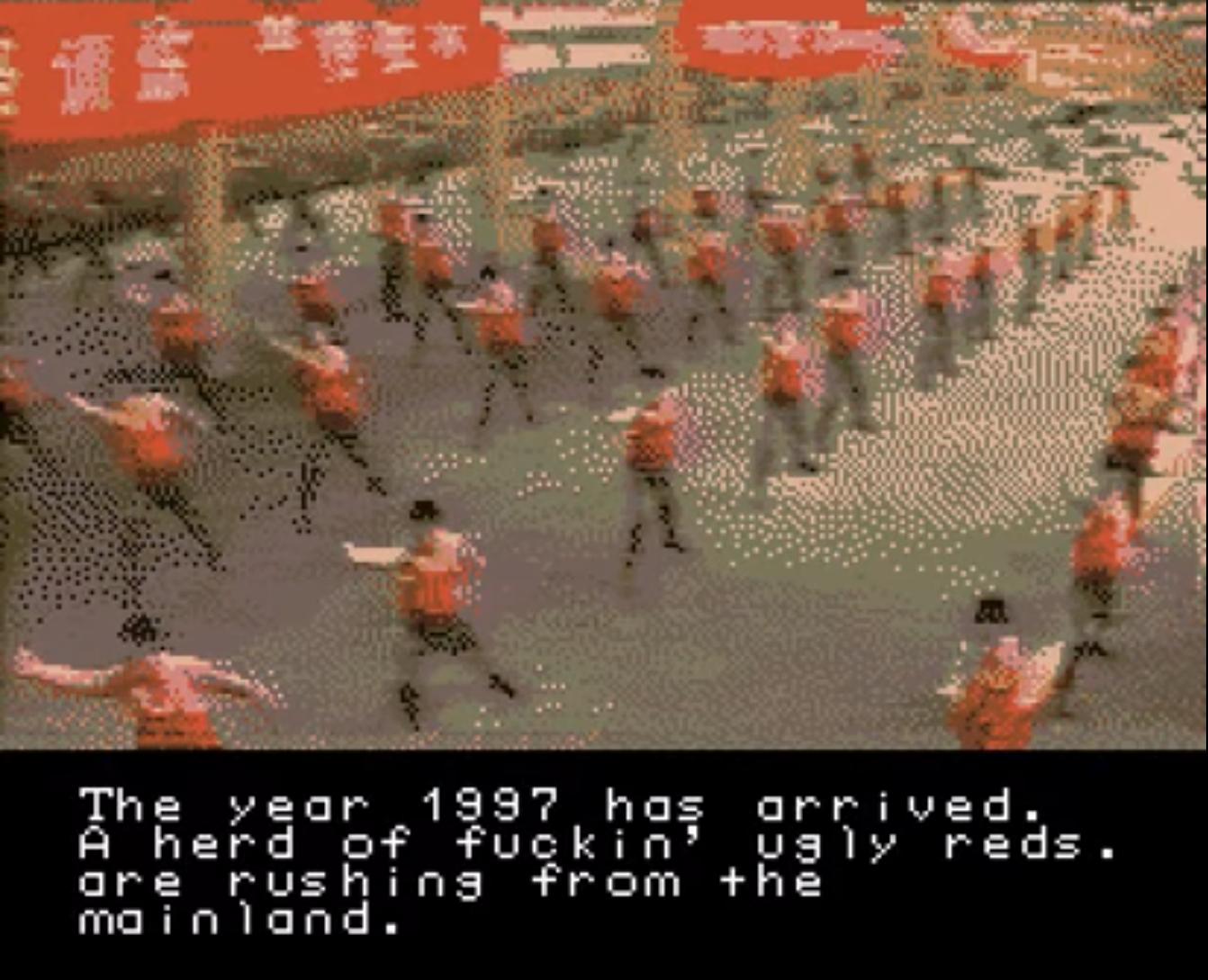 The CFL team the Edmknton Eskimos are going through the same thing.

The Inuit are saying they aren’t a Mascot, but the Eskimos haven’t had a mascot in a long time. Thier logo is 2 E’s.

They aren’t doing anything to degrade or humiliate the Inuit people, yet people want them cancelled for making reference to a people in our history?

I just don’t get it.

HogofWar said:
As a Scandinavian I am very offended by Blackburn Vikings, this constant reminder that most people see us as nothing as brutish savages that raid Britains shores and pillage and plunder is vile, wrong and just an old stereotype that is perpetuated by racist clubs such as this.

Suck it up, Whitey. You dont matter.
Reactions: DogofWar

Don't some Indians call themselves that?

Hong Kong '97! The AVGN episode was one of the funniest videos I've ever seen.

Also not sure if this was posted yet: (onion)

Washington Redskins Change Their Name To The D.C. Redskins

WASHINGTON—Following an outpouring of criticism from across the country, the Washington Redskins announced Wednesday that they are officially changing the team’s name to the D.C. Redskins. “We’ve heard the concerns of many people who have been hurt or offended by the team’s previous name, and...
sports.theonion.com
Last edited: Jul 14, 2020

Redskins has always been a pretty uncomfortable name, even before all the craziness this year. It's a little too on-the-nose, even as someone who doesn't spend my days getting offended by everything.

I think Washington Beaners could be a fun new name.
Reactions: haxan7

The Thin Skins (rainbow flag)
Reactions: and 3 others
You must log in or register to reply here.

Jul 13, 2020 started ManaByte
Jul 24, 2020
epicnemesis
2 3
Game Dev CEO of HOUSEMARQUE: we are truly thankful to our publishing partner Sony, who has given us an opportunity to work on something very risky.