With the flop that is Marvel Vs Capcom Infinite, and no sight of Marvel Vs game in Capcoms leak. I think Sony should take an opportunity to get rights on a Marvel fighting game. They already have a good relationship with Marvel with Spiderman, Miles Morales, Spiderman 2 and Wolverine. Sony has also bought Evo. And other than Nintendo, Sony is starting to have alot of IP that are well known. They failed with Allstars Battle Royale, but a traditional 2D fighter is something they haven't tried yet. They don't even have to limit themselves to first party IP, Vs PlayStation is broad, so any character that appeared on PlayStation such as Cloud etc.

Obviously they will need to work with a other developer, either Capcom or Arc System Works. But with Sony's budget they can add a great story mode, make sure the graphics and presentation are top notch.

Edit
Another idea would be for Sony to get a hold of the Soul Calibur IP. We all know 6 flopped and the series is in danger to continue. If Sony teamed up with Namco and made Soul Calibur X PlayStation. And featured characters from Bloodborne, Demons Souls, God of War and etc. They can potentially make Soul Calibur more appealing to a broader market.
Last edited: Sep 19, 2021
Reactions: BaneIsPain, Bryank75, SynTha1 and 11 others
M

ABBY vs ?
Reactions: phaedrus, Duchess, TGO and 3 others

We really don’t.
Reactions: spookyfish, phil_t98, Saber and 25 others
K

Abby is obviously much more stronger and has larger muscles but it would he a good fight
Reactions: polybius80, spookyfish, TYRiAX and 13 others

No.
Reactions: Saber, NahaNago, ArtHands and 8 others

Why do we need that?
Reactions: phil_t98 and Perrott
V

That sounds like the lamest idea ever.
Reactions: ArtHands, phaedrus, SoloKingRobert and 6 others

It’s ok to keep an idea to your self sometimes
Reactions: phil_t98, ArtHands, El Pistolero and 9 others

I mean they can make their own fighting game, with their own cast of characters. No need to try and poach other games, studios, devs, etc for something like that... Plus you don't wanna tarnish the SC or Marvel brand like that.
Reactions: Rgw20014life

No thank you, Marvel is already fucking everywhere, to the point that I want vomit every time I see anything related to Marvel.
Reactions: Saber, Braag, Amin_Parker and 2 others

Yeah, but... how about no?
Reactions: ArtHands, HerjansEagleFeeder and Rgw20014life

This is a genuinely awful idea.
Reactions: Saber, ArtHands, Amin_Parker and 3 others
S

Dumb idea and don't speak for the community, it's something you want with your dumb fantasy
Reactions: Amin_Parker and Rgw20014life

I would pay good money for this to never ever happen

Amazing see a team with Kat and Spiderman

Kratos will single-handedly crush them all. No competition.

Could work...comics vs games some sort of shit
Reactions: Bo_Hazem

mejin said:
Could work...comics vs games some sort of shit
Click to expand...

With Sony grabbing the Anime category from its balls I would love to see a God of War anime... in Japanese! 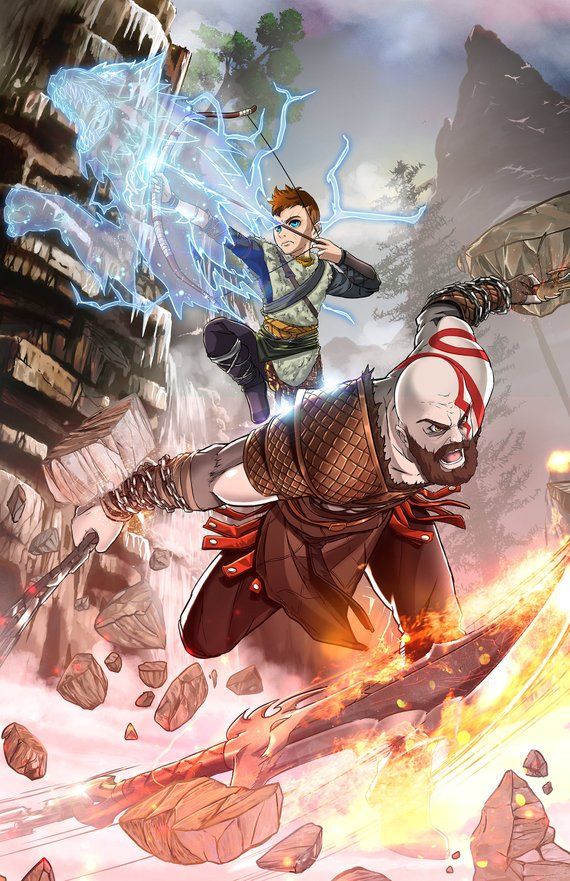 Too many hot takes in one post OP.
Reactions: HerjansEagleFeeder and Bo_Hazem

Bo_Hazem said:
Kratos will single-handedly crush them all. No competition.

Lol there's plenty ideas more lame than this. The OPs idea doesnt sounds bad at all. Will it happen? Not at all. But PlayStation having a fighting game series needs to happen Sony knows there's a demand for a great fighting game series. Arch System Works getting bought by Sony .. Creating a flashy 2D fighting game with PlayStation IP would be awesome
Reactions: SynTha1 and DonJuanSchlong

Bo_Hazem said:
With Sony grabbing the Anime category from its balls I would love to see a God of War anime... in Japanese!
Click to expand...

There is already anime that is much better. 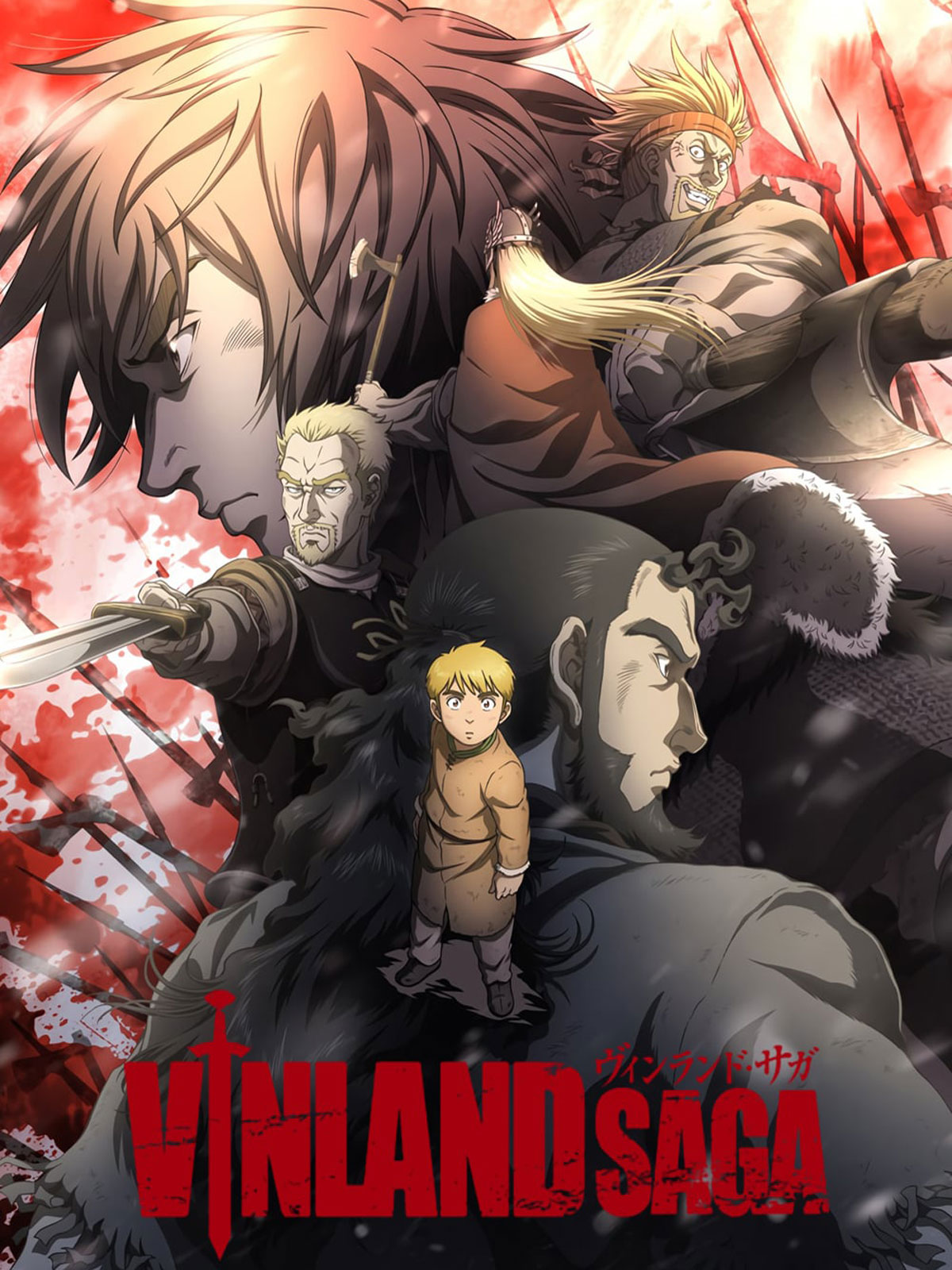 excs should just grow up and do it.
Reactions: phaedrus, Amin_Parker and Bo_Hazem

What would be Abby's super move?
Reactions: HerjansEagleFeeder and Bo_Hazem
M

j0hnnix said:
What would be Abby's super move?
Click to expand...

That would never happen. Pipe dream.

Abby could be the final boss.
Reactions: mansoor1980
V

They tried it before, I actually bought the game.

it was shit.
Reactions: Amin_Parker
V

Just to have better comment than my previous post, their character profile is not varied enough to warrant interest or that other than very few characters, the rest are not that famous.

I mean, look at Uncharted, TLOU & Days Gone. 3 Big games where their characters could be from the same game if you did not know better and would not have different play style.
Last edited: Sep 19, 2021
Reactions: Amin_Parker
V

Bo_Hazem said:
With Sony grabbing the Anime category from its balls I would love to see a God of War anime... in Japanese!

no cool waifu to attract the weebs.

Also, we already have like raising of the shield hero and other similar shows.
Reactions: Bo_Hazem

Bo_Hazem said:
Kratos will single-handedly crush them all. No competition.

Abby would squash him like a grape
Reactions: xpresstuning and Bo_Hazem
L

If there's one thing the world doesn't need more of, it's Marvel branded anything.
Reactions: Amin_Parker

Please give this the cringe tag.
Reactions: Amin_Parker, Werewolf Jones, Perrott and 1 other person

What a story Mark!

I'd rather have a PlayStation & Sega All Stars game...
Reactions: Amin_Parker

I’d encourage Sony get comfortable in fighting genre, those games tend to sell a lot.
K

Vognerful said:
Just to have better comment than my previous post, their character profile is not varied enough to warrant interest or that other than very few characters, the rest are not that famous.

I mean, look at Uncharted, TLOU & Days Gone. 3 Big games where their characters could be from the same game if you did not know better and would not have different play style.
Click to expand...

The movesets between the characters will be widely different. As for using other non popular characters Nintendo did that as well. Also I suggested Vs PlayStation in broad terms so that frees up Sony using 3rd party characters like Cloud, Snake and etc. Essential it will basically be Marvel Vs Videogame characters.
Reactions: SynTha1

Namco called Soul Calibur 6 a success, and it’s sales were well above 5 so it was hardly a flop.

But a Marvel cross over? Lmfao.

Marvel would NOT let you use any good characters and only want to shill MCU characters. I'm good.

Vognerful said:
They tried it before, I actually bought the game.

They tried it and it didn't do well. But the character line up especially now would be great. They have enough variety more than even Nintendo. Nintendo has done a great job getting everyone from even just a few franchises...Sony could do the same.
Here comes the list:

Can we take a ten year break from anything Marvel?
Reactions: MrJTeera, Saber and Amin_Parker
You must log in or register to reply here.