OutrageousFacts said:
My profile pic is a troll, my postings aren't. Come on. This is a fun thread, those are okay at times, too.
Click to expand... 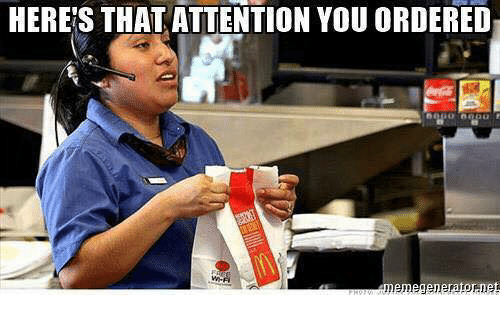 OutrageousFacts said:
Keep it up like that and you'll be my Holowka 2.0
Click to expand...
Get a fucking life please. Go have sex or something or well at least go outside.
Reactions: Rhaknam

GreyHorace said:
The real question is, why does Link need to be female? Just make an original female character who everyone can enjoy. Last I heard characters like Chun Li, Lara Croft, Claire Redfield, Ellie from The Last of Us and Samus Aran were a big hit with gamers.

Changing the gender of an established character like Link reeks of appeasement of hardline feminists who've probably never played a game in their life. Why should developers bend the knee to make them happy?
Click to expand...
I think there is a misplaced idea that because you used to be able to give Link any name there should now be some kind of character creation option.

At least that's a way I can look at it where it kind of makes sense. In the past they had limited space and time so you had one pixel model for the main character but you were able to change their name to whatever you wanted.

I believe some of the early Zelda games have "easter eggs" where if you enter "Zelda" as the character name something will happen?

NOT THAT I WOULD KNOW...

Psychostar said:
Don't forget Aloy from HZD . Fully agree with you!
Click to expand...
Thats why i said tjey habe enough female characters to make a zelda spinoff like zelda or midna.

They can even do a zelda harvest moon with marlon
Last edited: Monday at 1:34 PM

Link should be a girl, save a princess and then they could have an intense lesbian relationship. Would be much better indeed.
Reactions: Godzilla Emu and OutrageousFacts

Virex said:
I rather want Zelda with nice big anime tiddies that are worth saving
Click to expand...
Not a booty guy eh?!

Click to expand...
Can you read? I specifically said tits. Not ass, not lips not anything else. Big anime fucking tiddies
Last edited: Monday at 8:05 PM

Then again, that's the joke, eh?

I don’t understand any of this.

The Legend of Zelda.

The Legend of Zelda.

Link, she come to town, come to save, the princess Zelda.

Seeing those Famitsu pictures makes me realize that I want a Zelda game, where Link is missing and Zelda has to find him. So she dons his familiar tunic (after some alterations) and sets off to save him.

Virex said:
Can you read? I specifically said tits. Not ass, not lips not anything else. Big anime fucking tiddies
Click to expand...
don't be mean, i'm a titty guy myself

GeorgPrime said:
They can even do a zelda harvest moon with marlon
Click to expand...
I'd be down for a Zelda-themed Harvest Moon.

For all we know link may have been female then chose to be male, and now people asking for a female link are just being transphobic
You must log in or register to reply here.
Share:
Facebook Twitter Reddit Email Link
Top Bottom