What are you reading? End of summer edition.

Great follow-up to the Camulod books. 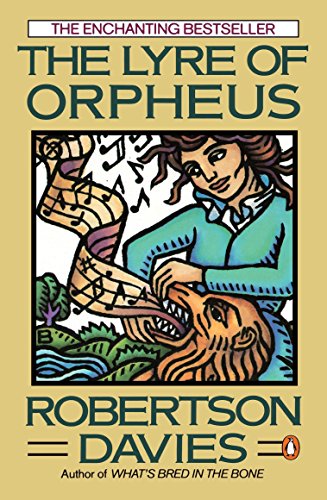 Re-reading this series again. Can't give enough love to it.
Q

Flynn said:
I'd imagine the East coast is still better for those kinds of PHDs. I had a friend who really dug USCD's writing program. Have lots of friends who use the UCLA's writing course as post-grad workshops, etc.

I was always intrigued by Iowa -- not the state, mind you, but the reputation of its writing school.

Are you thinking about academia, QVT?
Click to expand...

Yeah, well I'd either go east or stay in OC. I don't really have any desire to live elsewhere after living here.

Iowa also has Cornell College, where I'd love to go if they had a One Course at a Time graduate program. Imagine having to write your dissertation in three and a half weeks. I'll look into the state school there.

Yeah, I'm going to be a teacher. Of exactly what, I can't say. There are a lot of schools in Orange County where I am going to apply for high school English teaching, but I have no idea how successful I'll be. I wouldn't mind teaching at a Community College or a University, but those are cutthroat. I just want to discuss books and try and get kids to read instead of watching another movie or another tv show.

Edit: Also, Fathers and Sons was too boring. I've dropped it and wont be reading it. I have to find a new book to read now.
J

reading this for the first time. ~200 pages in and i love it. after i finish the original trilogy (dune, dune messiah, children of dune) i'm going to start a song of ice and fire.

Sorry to bump an old thread.

Dan said:
Ooh, I forgot that came out this month. It's called Spook Country.

I do know that it takes place in the same universe as Pattern Recognition and some characters from that one flit in and out, like his previous trilogies.
Click to expand...

How is this? I finally just finished Pattern Recognition on my way to Philidelphia and enjoyed every minute so I want to give this one a shot although I still need to finish Neuromancer. Gibson definately has talent for creating interesting characters and situations.
C

Clevinger said:
When We Were Orphans
Click to expand...

Just got this in the mail yestersay. I've been meaning to read it for a few years now.
J

Man Dune was fucking good. I might not get around to finishing the trilogy just yet though: I too am rereading the Song of Ice and Fire series. Hopefully, by the time I get done, A Dance With Dragons will be done. I'm not holding my breath though.

And I'm reading the Bible on the side, just for kicks. Gotta love Jesus.
T

Wrapped up Middlesex by Jeffrey Eugenides before classes started. In my neoclassical literature class we're studying some poetry by John Dryden and between textbooks I'm reading Notes from the Underground by Dostoyevsky.
D

Just finished a reread with Aristophanes' Birds and Other Plays.


I've been on a Classical kick, so up next is some Herotodus and Xenophon and if I feel a bit more like poetry, I'll be giving Catullus a go for some comedy, (though technically he's a dirty modern Roman).
K

Started the Damnation Game by Clive Barker since my mom let me borrow it.
E

currently reading jane austen's northanger abbey, finishing the wasp factory, and reading rebirth of the repressed which is about gothic fiction (ties into northanger abbey) and gun in cheek whcih is an examination of horrible mystery fiction
A 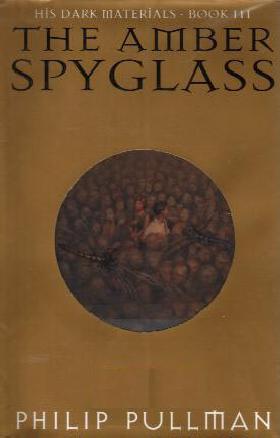 It's...okay. I think all of the pre-hype I went into this series with is likely hindering my enjoyment of it. I do think Pullman wastes a lot of words though. The middle section of The Golden Compass dragged for me, most of The Subtle Knife was pretty great, and I find myself semi-not caring what happens in this book. About 300 pages in. The theology and church story idea is the best part of this series, but I am finding issues with that part as well.
D

The Strange Tale of Dr. Jekyll and Mr. Hyde. I didn't realize it was a short story. It's like 75 pages.
V

I finished The Mist by Stephen King and have started on Flow My Tears, The Policeman Said by Philip K Dick. After that I'll read Lolita.
Y

Just finished 2001: A Space Odyssey and watched the film afterwards. Loved both! And the book certainly helped explain some things in the movie.
T

"Confusion of Feelings" by Stefan Zweig (original title "Verwirrung der Gefühle"). He was probably the most popular and successful author in the world in the early 1900s, but his books got banned as the nazi-party rose, and he lost his star-status since (in English-speaking countries, at least... he's still big in Germany, Russia and Eastern Europe). He committed suicide in 1942 together with his wife because they despaired at the state of the world at the time. I haven't actually started on the book yet, but will do today. It's supposed to be the first novella to deal with homosexuality in a serious way, and was highly admired by people like Freud, Richard Strauss and Maxim Gorkij.
You must log in or register to reply here.

jshackles replied
Jun 28, 2022
I have a vacation coming up! Should I buy "Elden Ring"?
Cringe LTTP 2

fart town usa replied
Jun 28, 2022
Is there a rule on how often do you need to get rid of old underwear?